Accessibility links
'The Gilded Wolves' Is A Rich, High-Speed Heist Tale Roshani Chokshi's new novel — set in an alternate Belle Époque Paris — features an unlikely team of thieves out to steal a magical artifact with connections to their colonized homelands. 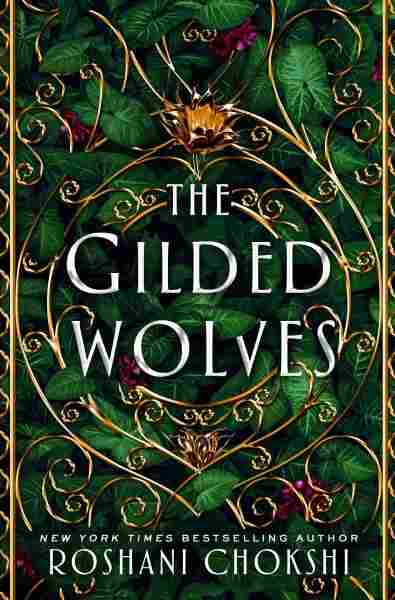 Roshani Chokshi's Star-Touched Queen duology made its mark on the bestseller lists by blending Indian mythology with Western fairy tales to create a dreamy, romantic story. Now, with The Gilded Wolves, the time for dreaming has passed as she catapults us into a glamorous, high-speed heist set in magical Belle Époque Paris.

To the public, Séverin Montagnet-Alarie is a wealthy hotelier who lords it over L'Eden, one of the most elegant hotels in the city. But Séverin has a second, secret life as the leader of a team of thieves who breach the coffers of the most powerful families of Paris in order to steal artifacts forged with magic.

Laila is world-class performer who thrills Paris with her dancing and helps Séverin in hope that it will lead her to a book that might be able to save her life. Enrique is a historian looking for a way to fight for Filipino independence from Spain and regain his homeland. Zofia is a talented engineer who can craft magical objects but isn't sure how to build relationships with people. Tristan is a botanist, whose supernatural gardening skills are desired by all the best houses in the city. Together, they have the skills to pull off one of the greatest heists in history.

Because Séverin isn't interested in stealing just for the sake of filling their coffers. He's looking for a way to reclaim his birthright and become the head of the house that cast him out when he was a chid. Once he has that, he knows he'll also have the power to give his team everything they've ever wanted. The key is to find an ancient artifact — the Babel Fragment. But it soon becomes clear that they are not the only ones who seek it, and the power it contains may rip apart everything they hold dear.

There can be no doubt that Chokshi has grown as a writer with each book, and The Gilded Wolves takes us to a new level of intrigue. The diverse characters each have an iconic presence and the necessary tragic backstory. Their intertwining friendships are artfully crafted, giving us a multitude of reasons to root for them as they sprint their way through the plot. The world is lush and complex, blending magic and technology with the golden glimmer of late nineteenth century Paris. And the heist itself is breakneck, tumbling from one incident to the next with mindboggling complexity.

Individually, I love all three of these sides that make up the book's narrative triangle — character, world, and plot. But when they all come together, the whole becomes almost bloated. There are so many characters with unique motivations, so many magical artifacts and conventions, and so many twists that it becomes difficult to feel truly grounded in the story. At one point in the heist, some members of our daring team find themselves at a grand banquet with a rich array of food:

... pan-fried foie gras, leek sprouts in a rich marrow broth, creamy quail eggs served in an edible nest of spun rye bread, and a tender fillet of beef. Finally, the piece de resistance: a single serving of ortolans. The songbirds were a rare delicacy, trapped and drowned in Armagnac, a regional cognac, then roasted and eaten whole ... Cautiously, Séverin bit into the bird ... His mouth filled with the taste of the bird's flesh, tender and rich with the flavor of figs, hazelnuts, and his own blood as tiny bits of bone cut the inside of his mouth.

There can be no doubt that Chokshi has grown as a writer with each book, and 'The Gilded Wolves' takes us to a new level of intrigue.

As I read, this passage became a metaphor for the challenge this book presents to me as a reader. It is so rich, so full of flavors both bold and delicate, so decadent and crowded with detail that by the time I had consumed it all, I felt as though I had perhaps eaten too much at once, and had therefore been unable to fully appreciate each bite. I do not at all regret the meal, but I wonder if it could have been more modestly portioned out.

The element of this book that most excited me is one that was never fully realized — but hinted at strongly enough that I have hope it may be the focus of whatever adventures may follow in sequels. Right now, in the world of antiquities and artifacts, all the hot talk is of repatriation and looking at objects with an eye to de-colonize our cultural spaces. Almost all of our protagonists in The Gilded Wolves have their roots in cultures and places that have been colonized, and Chokshi makes it clear that many of the magical artifacts at the heart of the heist have been stolen from their homelands. It seems likely that in future volumes, this team of thieves may find themselves in a new, more social-justice oriented role, and that is a very exciting prospect, indeed.