Accessibility links
Pray With The Pope, From Your iPhone The pope brought a tablet to his usual Sunday address, as he announced the ClickToPray app for communal prayer around the world, with a call for young Catholics to engage. 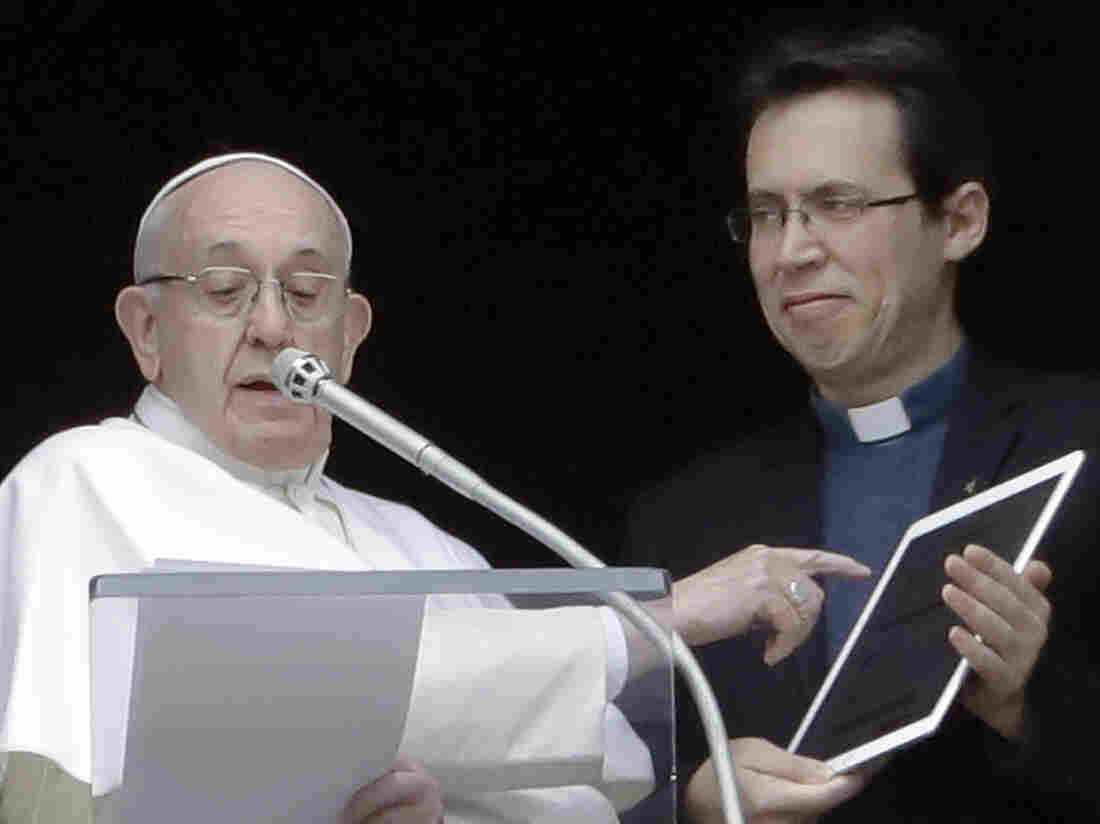 Pope Francis points at a tablet as he unveils Click To Pray, the official app of the Pope's Worldwide Prayer Network on Sunday. Andrew Medichini/AP hide caption 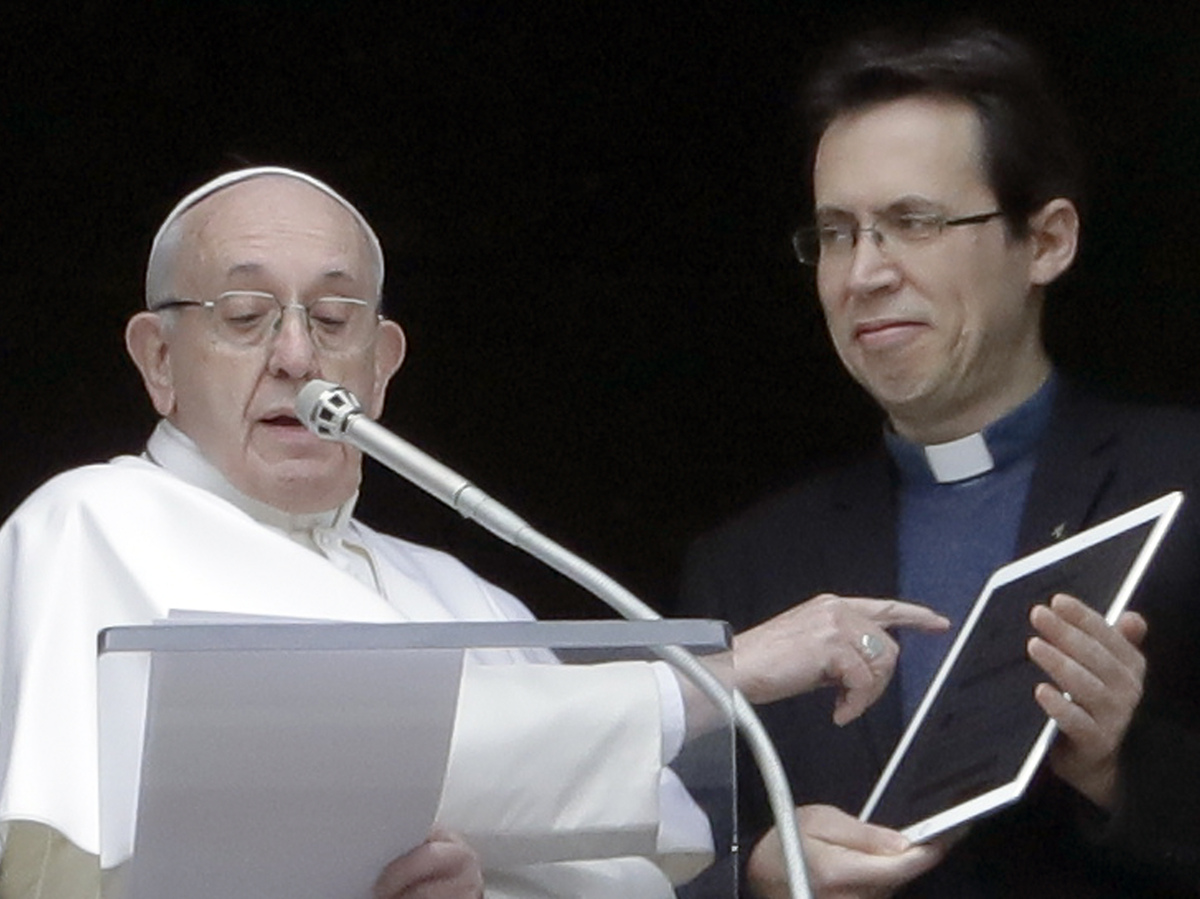 Pope Francis points at a tablet as he unveils Click To Pray, the official app of the Pope's Worldwide Prayer Network on Sunday.

"Click to pray" are not words you'd expect to come out of the pope's mouth.

But that's what onlookers heard during the traditional Sunday address from Pope Francis, as he introduced ClickToPray, an app for communal prayer aimed at young people.

"The Internet and social media are a resource of our time," the pope said. From a balcony overlooking St. Peter's Square, Francis then gestured to a tablet. Father Frédéric Fornos, international director of the pope's Worldwide Prayer Network, held up the device for the crowd to see.

"Here," Francis said, "I'll insert the intentions and the prayer requests for the mission of the Church."

He tapped the screen several times before glancing up at Fornos.

The pope has made earnest efforts to embrace technology, tweeting frequently and calling the Web "a gift from God." Now he's given his followers a convenient way to turn on their smart devices and see what the leader of the Catholic Church is praying for at any given time.

"Pray every day," reads the app when it opens. "Pray together with others. Give to the community."

More than 18,000 people have clicked on the pope's prayer intention for January. The prayer, "Young People and the Example of Mary," focuses on young Catholics, especially in Latin America.

But the app is more democratic than the pope's Sunday address, with a timeline of prayers from other users that you can scroll through, similar to a social media feed. People write prayers for weddings, celebrations, illnesses and more, and others can click to pray with them or leave a comment.

A prayer in English asks for employment "where I can make a difference," while another in Italian seeks an end to international borders. Prayers in Spanish, French, Portuguese and German have also been posted to the app, ranging from precise requests to generic expressions of love and fraternity.

In his address, Pope Francis specifically called on young people to download the app. The pope has long sought to make the Church relevant for younger generations, as the proportion of Catholics declines across the world. Recent attempts to connect with the younger generation, however, have been overshadowed by the sex abuse crisis within the Church that has also dragged down the pope's approval rating.

The pope also used his Sunday address to pray for Colombia, following a bombing at a Bogotá police academy, and for 170 migrants believed to have died in the Mediterranean.