Accessibility links
More Than 100 Migrants Feared Dead After Raft Sinks In Rough, Icy Mediterranean Sea Flavio Di Giacomo, an IOM spokesman, told NPR, "The Italian authorities have now called off rescue efforts. It is very, very unlikely that we would find survivors at this point." 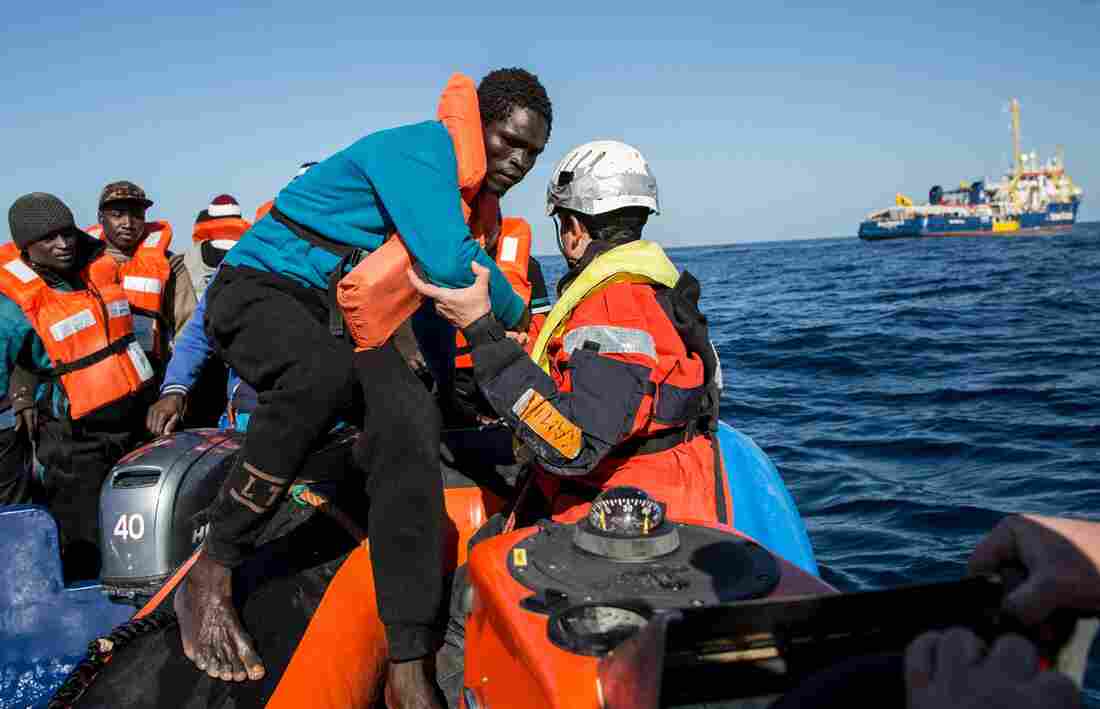 A group of 47 migrants is transferred from a rescued inflatable boat onto a Sea Watch 3 RHIB during a rescue operation by the Dutch-flagged vessel Sea Watch 3 off Libya's coasts on Saturday. FEDERICO SCOPPA/AFP/Getty Images hide caption 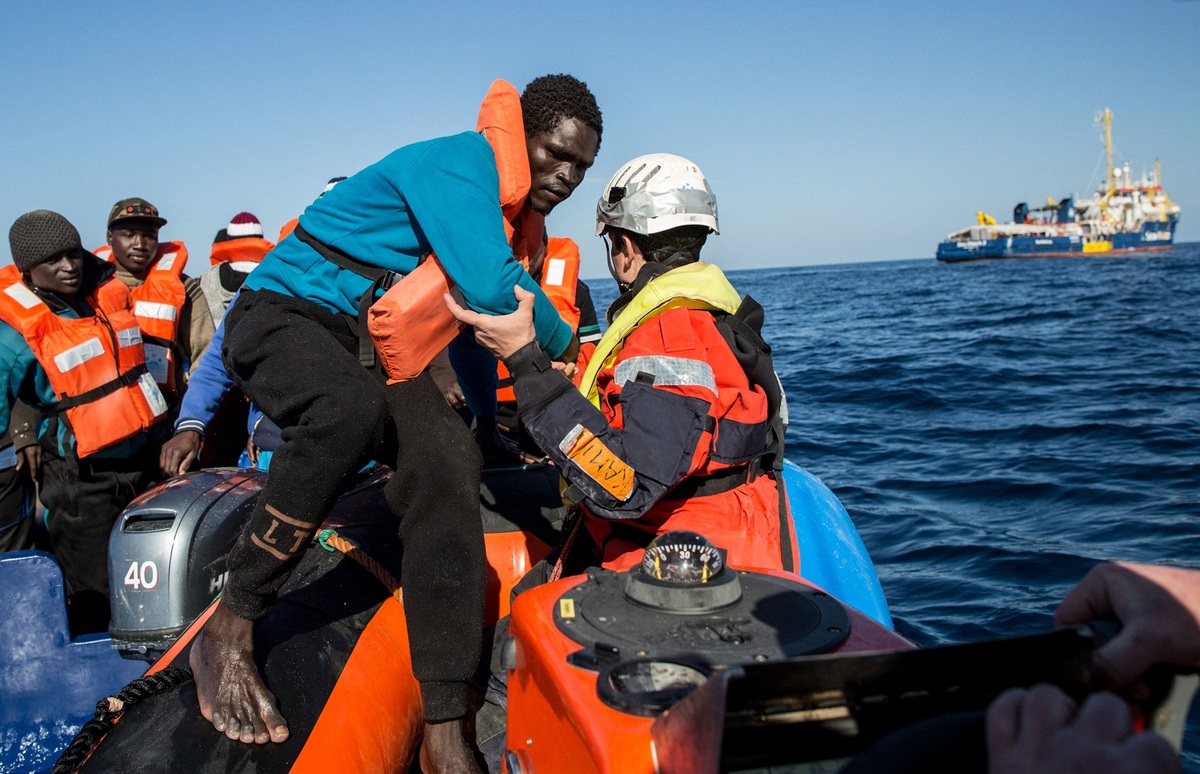 A group of 47 migrants is transferred from a rescued inflatable boat onto a Sea Watch 3 RHIB during a rescue operation by the Dutch-flagged vessel Sea Watch 3 off Libya's coasts on Saturday.

The new year has barely begun but it's already been deadly for migrants trying to cross the Mediterranean Sea to Europe.

On Friday, a raft reportedly carrying 120 migrants, many from West Africa, sank in the rough, wintry sea.

The Italian Navy spotted bodies floating near three survivors, two Sudanese and a Gambian, who are being treated for severe hypothermia and trauma at a hospital on the Italian island of Lampedusa.

On Saturday, the three men told staff from the International Organization for Migration's Italy office that the group set off from Libya, which is now the main departure point for migrants trying to cross to Europe by sea.

The survivors said their raft left the Libyan coastal city of Gasr Garabulli, Libya, on Thursday night and began to deflate after an estimated 10 hours at sea. The migrants hailed from countries including Sudan, Cameroon, Nigeria and Sierra Leone.

Most were adult men but there were also 10 women, including one who was pregnant, and two small children, including a 2-month-old infant.

"Unfortunately, all of them are missing," Flavio Di Giacomo, an IOM spokesman, told NPR. "The Italian authorities have now called off rescue efforts. It is very, very unlikely that we would find survivors at this point."

This stretch of sea, known to migration scholars as the Central Mediterranean route, is long and deadly.

"Tragedies like this are, unfortunately, typical," Di Giacomo says. "The vessels are absolutely unfit to be at sea. After a few hours, they start to deflate. People panic and move to one side or the other and end up in the water. Many don't know how to swim."

A U.N. Migration Pact Is Dividing Europe — And Has Become Fodder For Nationalists

Yet migrants still take the risk, even after Italy struck a deal with Libyan authorities to turn back rafts and return migrants to Libya, where many are abused and even enslaved.

Another route — the Aegean Sea from Turkey to Greece — was largely closed off in 2016, after a deal between the European Union and Turkey made it harder to cross and claim asylum. The deal came after a million asylum-seekers entered the EU in 2015, angering nationalists throughout Europe, who have whipped up xenophobia to win votes.

The staff of one of those vessels, the Sea Watch, said it rescued 47 people on another rubber raft on Saturday. The Sea Watch was recently stranded at sea for weeks with migrants aboard after Italy and Malta refused entry.

Most private rescue vessels have been forced to cease operations.

"The sea crossing is becoming increasingly dangerous because there are fewer rescue ships at sea," Di Giacomo says.

The U.N.'s refugee agency says another boat with 53 people aboard recently disappeared in the Alborán Sea in the western Mediterranean. One survivor, who was at sea for 24 hours, is being treated in Morocco.

In all, some 200 people have drowned in the first three weeks of 2019, Di Giacomo says.

He also fears that, with fewer sea patrols, "it's very likely that there are shipwrecks we do not know about."

The rafts sink in the open sea as if they're invisible, he says, disappearing everyone on board without a trace.