Accessibility links
Kamala Harris Is Running For President, Expanding Democratic Primary Field The California Democrat's career as a prosecutor, as well as economic and racial equality, are the focus of her campaign. Harris is the third senator to announce a presidential run. 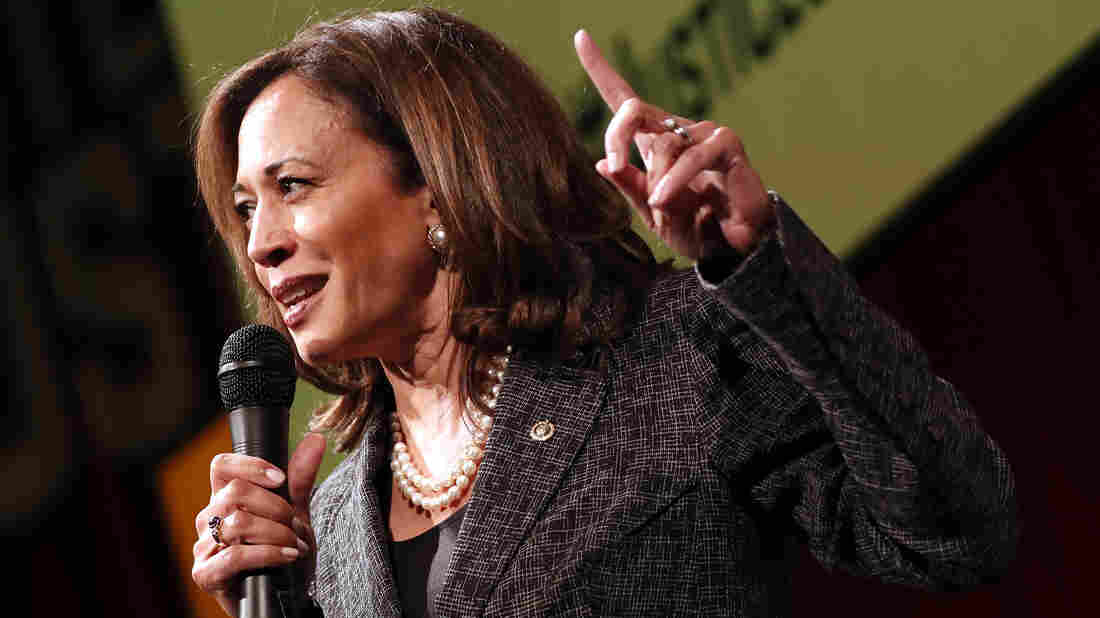 Sen. Kamala Harris, D-Calif., speaks at Vote For Justice: An Evening of Empowerment with activists and artists at the Newseum in Washington, D.C., in May 2018. Paul Morigi/AP hide caption 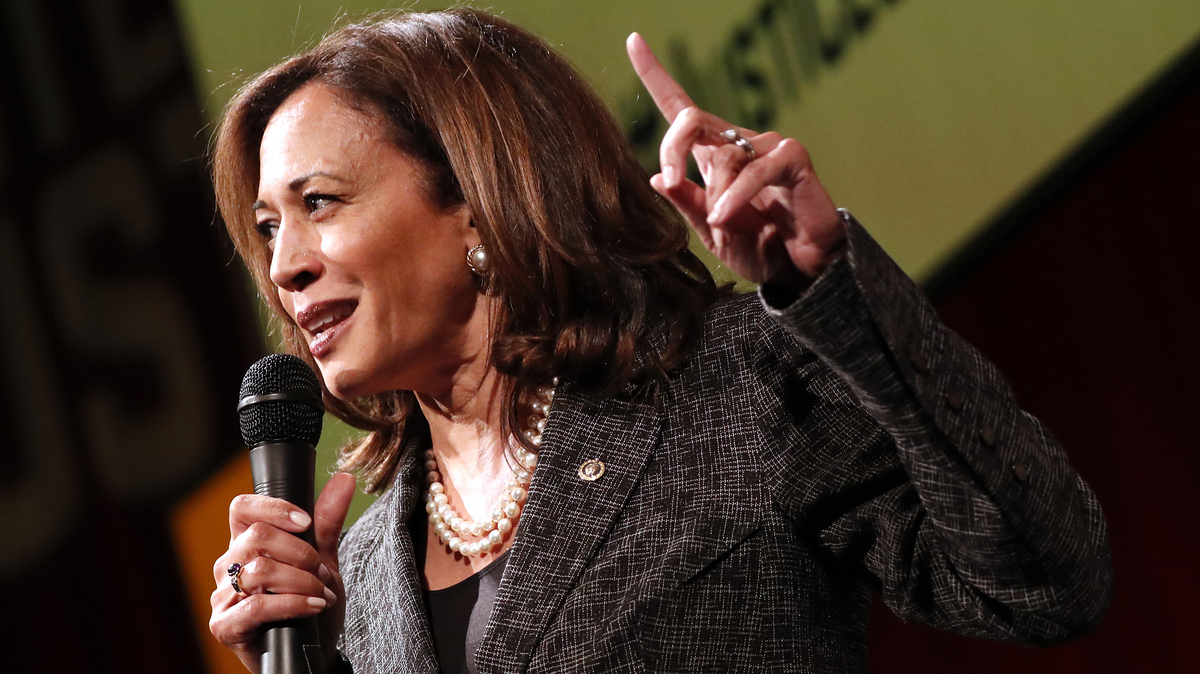 Sen. Kamala Harris, D-Calif., speaks at Vote For Justice: An Evening of Empowerment with activists and artists at the Newseum in Washington, D.C., in May 2018.

California Sen. Kamala Harris is running for president in 2020. The first-term Democratic senator made the announcement on ABC's Good Morning America Monday morning.

"I love my country, and this is a moment in time that I feel a sense of responsibility to fight for the best of who we are," Harris said.

The 54-year-old Harris has been seen as a rising star in the Democratic Party even before she won a Senate seat in 2016. She received national attention as San Francisco district attorney before being elected California attorney general in 2010.

Her campaign is highlighting that career, citing her experience on issues like sexual assault, housing and college affordability. Some of her proposals include middle-class tax cuts, rent relief, immigration and criminal justice overhauls, and Medicare for all.

Harris is biracial — her parents were immigrants from Jamaica and India — making her only the second black woman and first South Asian-American person ever to serve in the Senate. One of just three black current senators, Harris plans to embrace that background in what is likely to be a large and diverse Democratic primary field.

Announcing her run on Martin Luther King Jr. Day, Harris' campaign says that is intended to highlight "a reminder of the aspirational fight for progress that marked Harris' upbringing and that guides her today." She has modeled her campaign logo on graphics used by the late Rep. Shirley Chisholm, the first black woman to run for president.

Harris spoke of her parents' involvement in the civil rights movement on Monday. "That's the language that I grew up hearing, and it was about a belief that we are a country that was founded on noble ideals. And we are the best of who we are when we fight to achieve those ideals," Harris said.

A recent NPR/PBS Newshour/Marist Poll found that a majority of Americans — 54 percent — have not yet formed an opinion of Harris. But those who have a positive opinion of the California Democrat outnumbered those with a negative opinion by more than 3 to 1.

Harris's announcement comes about a week after New York Sen. Kirsten Gillibrand kicked off her own presidential campaign, and three weeks after Massachusetts Sen. Elizabeth Warren became the first high-profile Democrat to launch a 2020 White House run. Former Housing and Urban Development Secretary Julián Castro formally declared a presidential run last week, as well, and several other Democrats have announced or indicated they will run, too.

Unlike Warren, Gillibrand or Castro, Harris is not initially forming a presidential exploratory committee but instead immediately launching a full-scale presidential campaign.

Poll: Trump Approval Down, Slips With Base

Harris has done little to hide her presidential ambitions. She traveled extensively for candidates during the 2018 midterm elections and made a stop in Iowa, which holds its caucuses before any other state holds primary contests. In the weeks leading up to her announcement, Harris made multiple high-profile media appearances promoting a recently released memoir.

"There's an incredible amount of change that has happened in a relatively short period of time, and it has understandably had a lot of people feeling displaced, wondering and asking a question about where do they fit in, their relevance, are they obsolete," said Harris in an interview with NPR's Morning Edition earlier this month. "And [Trump] read it accurately. And then he took it to the lowest common denominator. [He said] it is us versus them instead of what real leadership would be about — which is to read it and say, 'Hey everybody, We're all in this together.' "

Harris will hold her first campaign rally next weekend in Oakland, Calif. — the city where she was born and held her first job as a prosecutor. Despite that connection, Harris will actually headquarter her campaign in Baltimore, a location that will allow her staff to be better positioned to travel to early-primary states as well as work in a news cycle driven by the Eastern time zone. (The campaign will maintain a second office in Oakland, as well.)

An earlier Web version of this story incorrectly stated that Sen. Kamala Harris traveled to New Hampshire as she was preparing to launch her presidential campaign.