Accessibility links
Sneaks Makes a Singular Statement With 'Highway Hypnosis' Sneaks has both the punk spirit and pop sense to carve out her own path in music. Highway Hypnosis is simply the sound of her revving the engine. 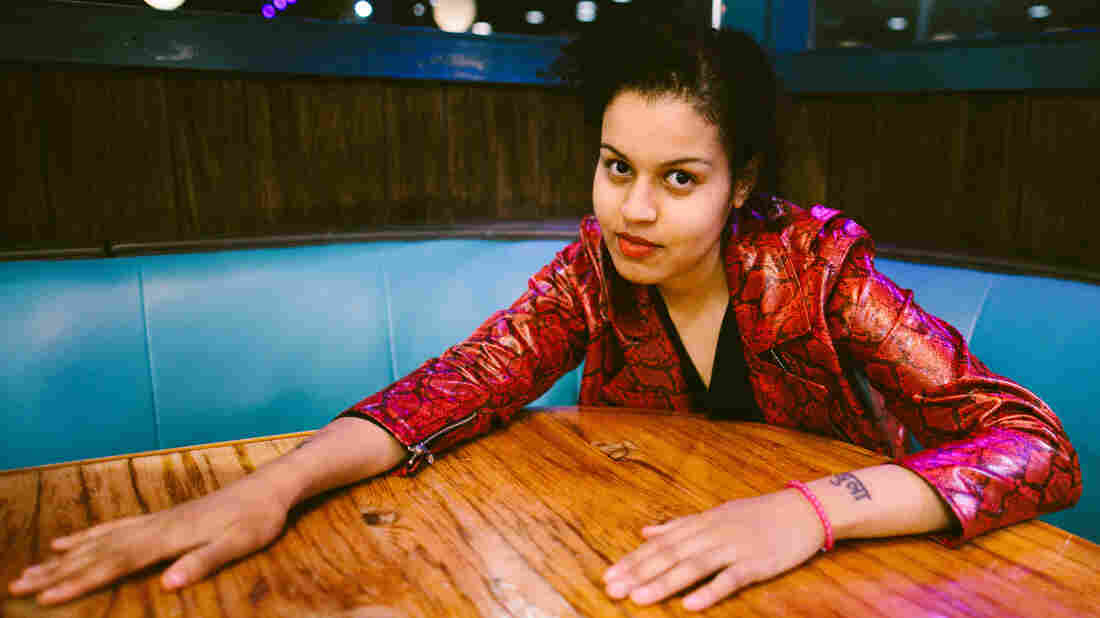 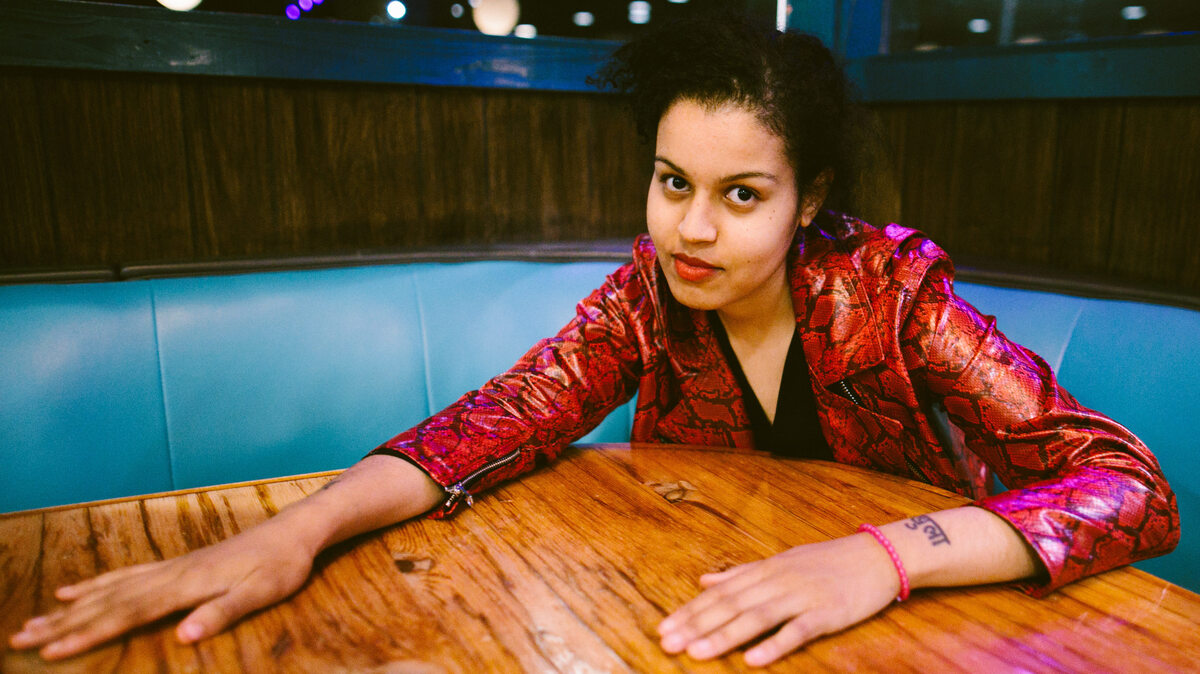 Sneaks' new album, Highway Hypnosis, is out Jan. 25 via Merge.

Stephanie Severance/Courtesy of the artist

For Sneaks, a repeated sentence can become a roadmap — a means of getting where she wants to go. Back in 2015, when she was establishing her solo project after playing bass in a string of D.C. punk bands, she described the role of her lyrics as being "like a mantra in a way. Everything is done for me." An aid to concentration, a mantra can offer transformation — clarity, release, growth — through repetition. Throughout her first two albums, 2016's Gymnastics (an extended version of a self-titled tape she'd released two years prior) and 2017's It's a Myth, Sneaks paced the delivery of her mantra-like lyrics to the thrum of her bass and drum machine, looping staccato lines over bite-sized blasts of post-punk.

Brevity can be a tease and that's part of its charm: Last year, artists as diverse as Philadelphia rapper Tierra Whack and London producer Scratcha DVA released hyper-succinct albums that spoke to a generation raised on character-counted communication. But Sneaks has moved on somewhat. At 29 minutes, her new album Highway Hypnosis is her longest statement to date. (Gymnastics clocks in at 14 minutes, while It's a Myth runs 18.) That said, just four songs break the two-and-a-half-minute mark, and only by a matter of seconds. While succinctness is clearly still a touchstone for Sneaks, album No. 3 demonstrates a huge leap in terms of intensity and idiosyncrasy. 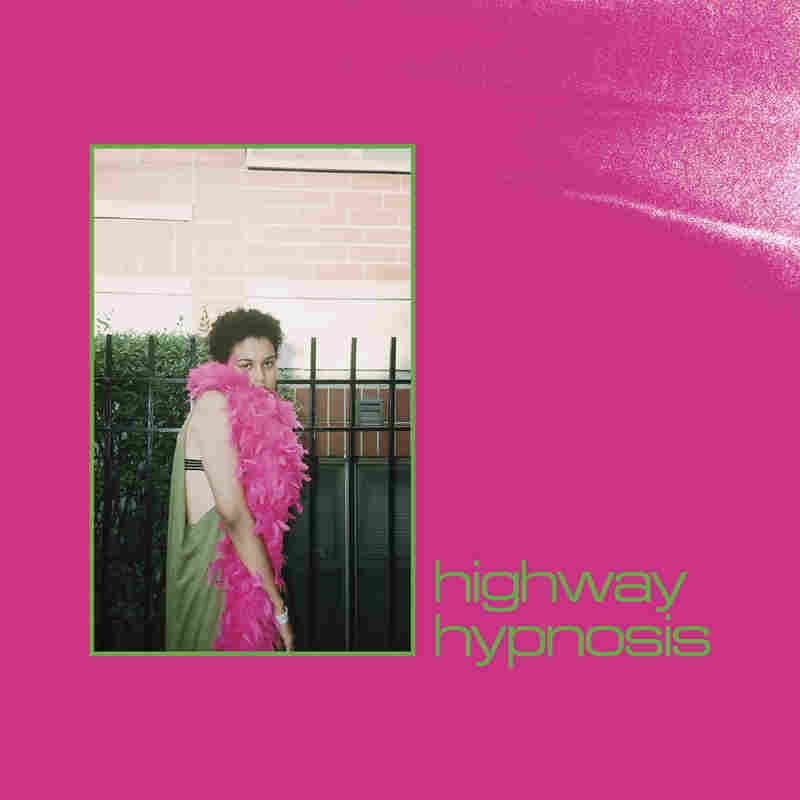 This time around, she produced everything with two NYC locals she brought in after moving to the city in 2017: rap producer Tony Seltzer, who's made beats for Wiki and MIKE, and Carlos Hernandez of the indie-rock band Ava Luna. Together, they crafted an expanded yet spacious sonic palette, over which Sneaks experimented with a plethora of singing and rapping styles, as well as half a dozen invented words that stud her stream-of-consciousness songwriting. With seemingly effortless swagger, Highway Hypnosis finds Sneaks tripping out on life and love across the album's 13 vignette-y tracks — and mantras play a starring role.

There's "Beliefs," which advocates: "Remove your beliefs and start again / 'Cause all I wanna do is start again." Rain-like keys and a barking dog situate the brooding couplet amid everyday domesticity, underlining its potential as a mantra for deconditioning. "A Lil Close" combines a wishful tone with an '80s pop melody in a song about grinding and growing: "Check on its way / All I got is what I say / Make it better every day / Check, check, check, check." More self-motivation comes in the form of "And We're Off." With Sneaks on both drums and bass, she pays sonic tribute to The Cure while delivering a woozy pep talk. The shortest but sweetest moment on Highway Hypnosis, "Holy Cow Never Saw a Girl Like Her," is 56 seconds of snarling bass and the titular line, which make for a freeze-frame on a double-take, all heavy with longing.

The album's more narrative-based songs often feel like a magical mystery ride. In the hypnotic "Addis," Sneaks sings in undulating Auto-Tune of a mystery woman and a midnight drive. She uses the self-invented word "telekoasis," perhaps a portmanteau of telekinesis and oasis, which conjures ideas of extending the range of things one could move with one's mind to include people and places. An air of lucid dreaming also flows through "Cinnamon," "The Way It Goes" and "Suck It Like a Whistle" — three hip-hop earworms, complete with vocal acrobatics that see Sneaks evading clarity in favor of feeling her way through a scene.

The songs in which Sneaks sonically stretches the farthest are also the ones in which she takes a dig at the machinations of the music industry. "Ecstasy" makes a breathy case for the trip-hop revival while bemoaning the endless explaining that comes with making art. The Jacknife Lee-produced "Hong Kong to Amsterdam" is a tour-life tune that counts footwork and funk among its sonic influences. Nothing beats opening skit "Highway Hypnosis" in parodying the promo machine, however. In a hysterical squeal, Sneaks poses as a fan who can't wait to get a hold of the new album. Before it has a chance to get cheesy, she drops a genius bar ("Now you think I'm lotion / 'Cause I'm spreading easy") and skewers the kind of self-promotion that social media rewards.

Like Neneh Cherry, M.I.A., Micachu and other singular stars before them, Sneaks has both the punk spirit and pop sense to carve out her own path in music. Highway Hypnosis is simply the sound of her revving the engine.