Accessibility links
Once Centers Of Soviet Propaganda, Moscow's Libraries Are Having A 'Loud' Revival "A library can be a loud place," says a city official in charge of Moscow's 400-plus public libraries, which have begun attracting visitors with coffee shops, theater rehearsals and lectures. 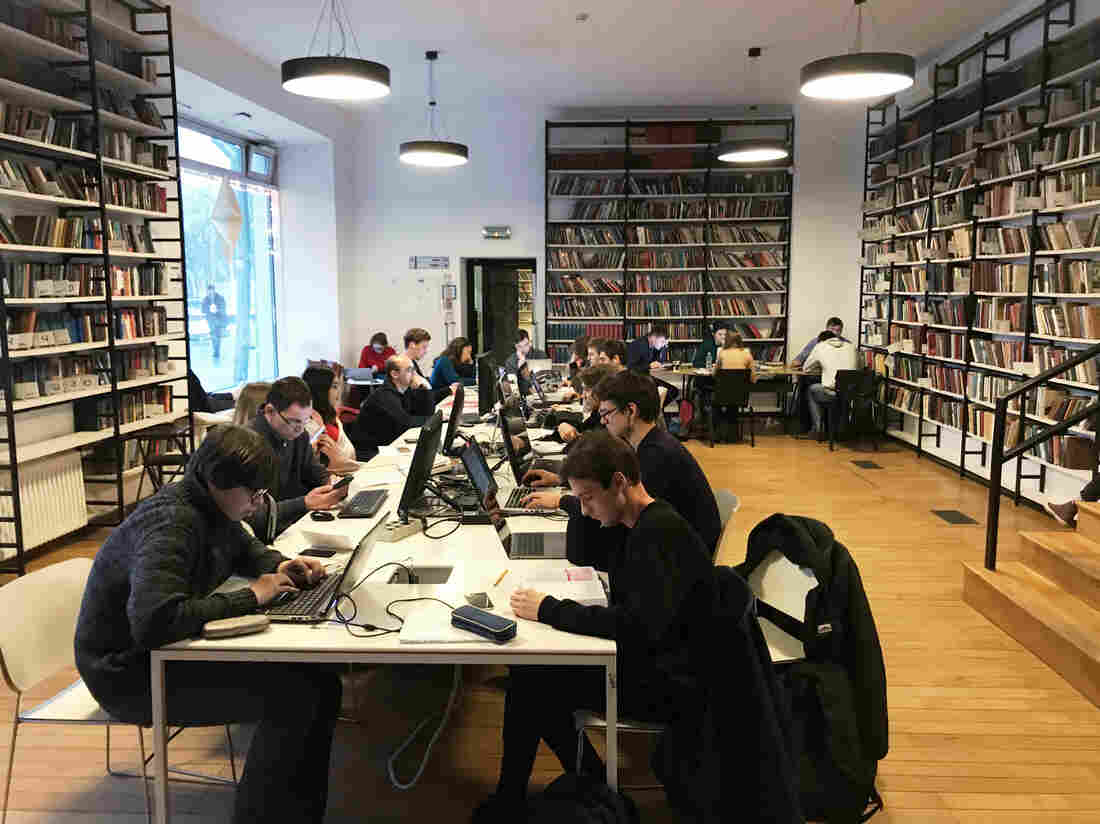 Moscow's Fyodor Dostoevsky Library was renovated in 2013 and now sees some 500 visitors a day, up from just a dozen or so per day in earlier years. The library hosts language clubs, readings, lectures and concerts. Lucian Kim/NPR hide caption 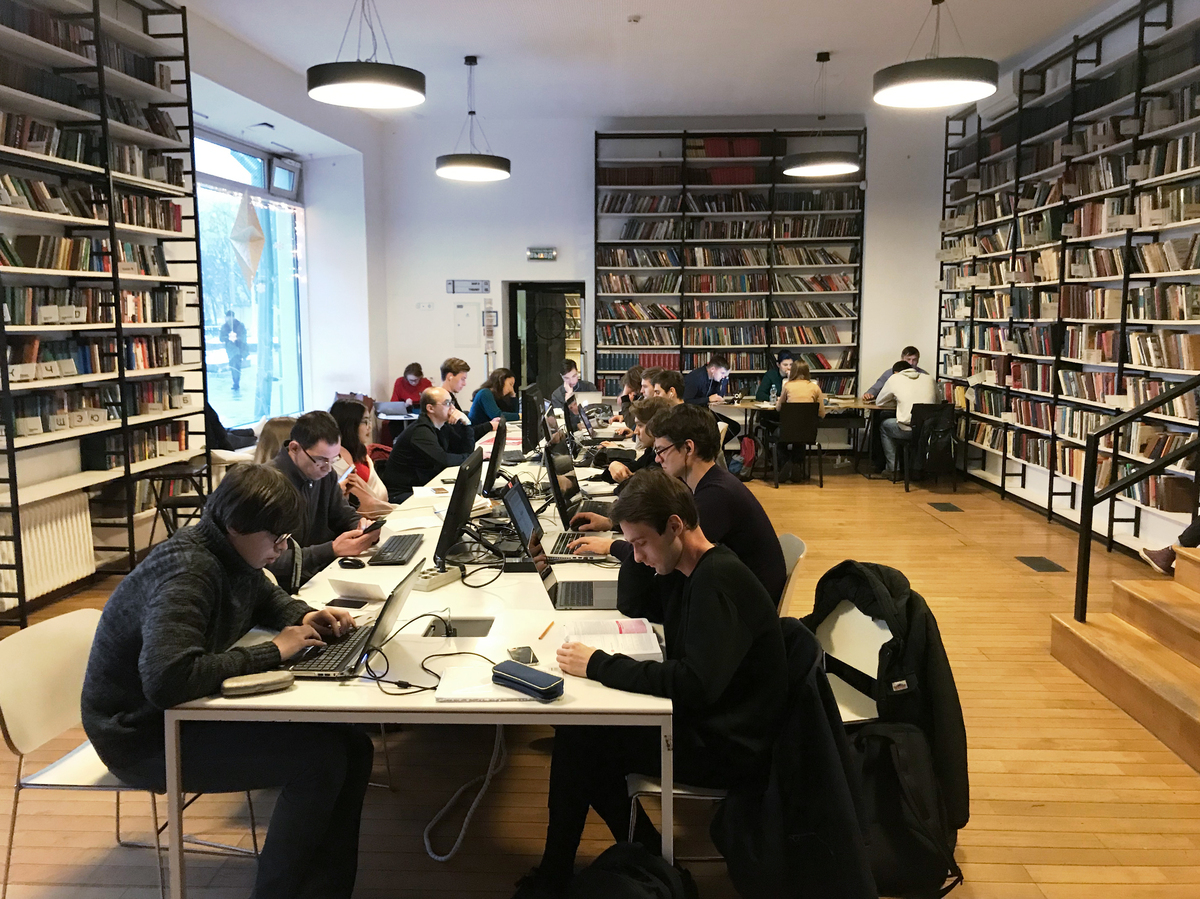 Moscow's Fyodor Dostoevsky Library was renovated in 2013 and now sees some 500 visitors a day, up from just a dozen or so per day in earlier years. The library hosts language clubs, readings, lectures and concerts.

The Chistye Prudy neighborhood is one of Moscow's liveliest, with restaurants and cafes clustered along a boulevard with a tram line and grand old apartment buildings.

Before the bars fill up in the evenings, the neighborhood's most popular hangout is the Fyodor Dostoevsky Library, named for the 19th century Russian writer. While young people huddle over laptops as city traffic growls past the large windows in the main reading hall, a theater group is rehearsing a play in another room. A constant stream of visitors comes through the entrance, with the front door banging behind them.

"It's one of the best libraries here in Moscow just because it has changed so much," says Alsu Gorbatyuk, 40, an English teacher who popped in after a visit to a skating rink. "I suppose that right now, Moscow is one of the centers of library culture."

Until recently, that culture seemed doomed to become a relic of the analog past. After Russia's rocky transition from Communism and the rise of the Internet, there seemed little use for the more than 400 city libraries as public spaces fell into neglect and Russians found new sources of information. Unexpectedly, Moscow's libraries are now experiencing a transformation from musty houses of Soviet propaganda into bustling work spaces for 21st century city-dwellers.

"People are voting with their feet, we get a lot of visitors," says Andrei Lisitsky, the director of the Dostoevsky Library. "But this isn't just a busy place like a train station, church or cafe. It's a place for creating new ideas about the urban space and a center of informal learning." 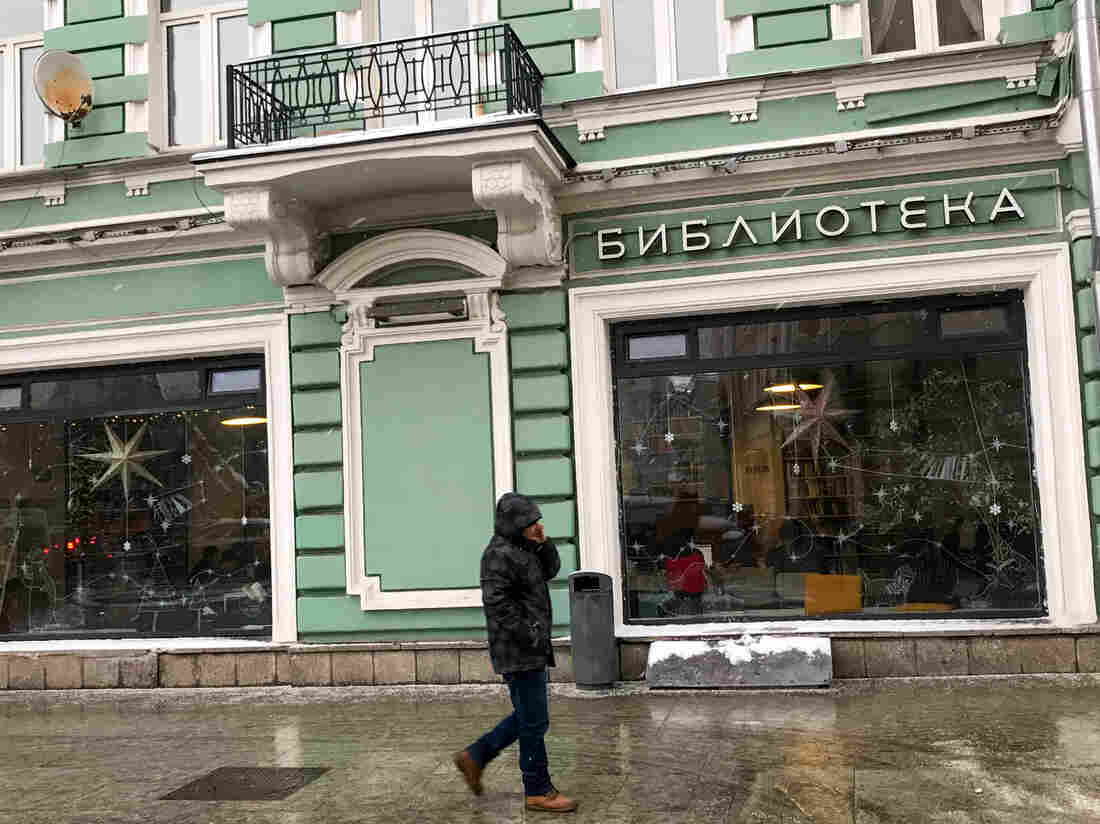 An outside view of the Dostoevsky Library in Moscow. In recent years, the city's team in charge of libraries has discarded almost all traditional conceptions of what a public library is. Lucian Kim/NPR hide caption 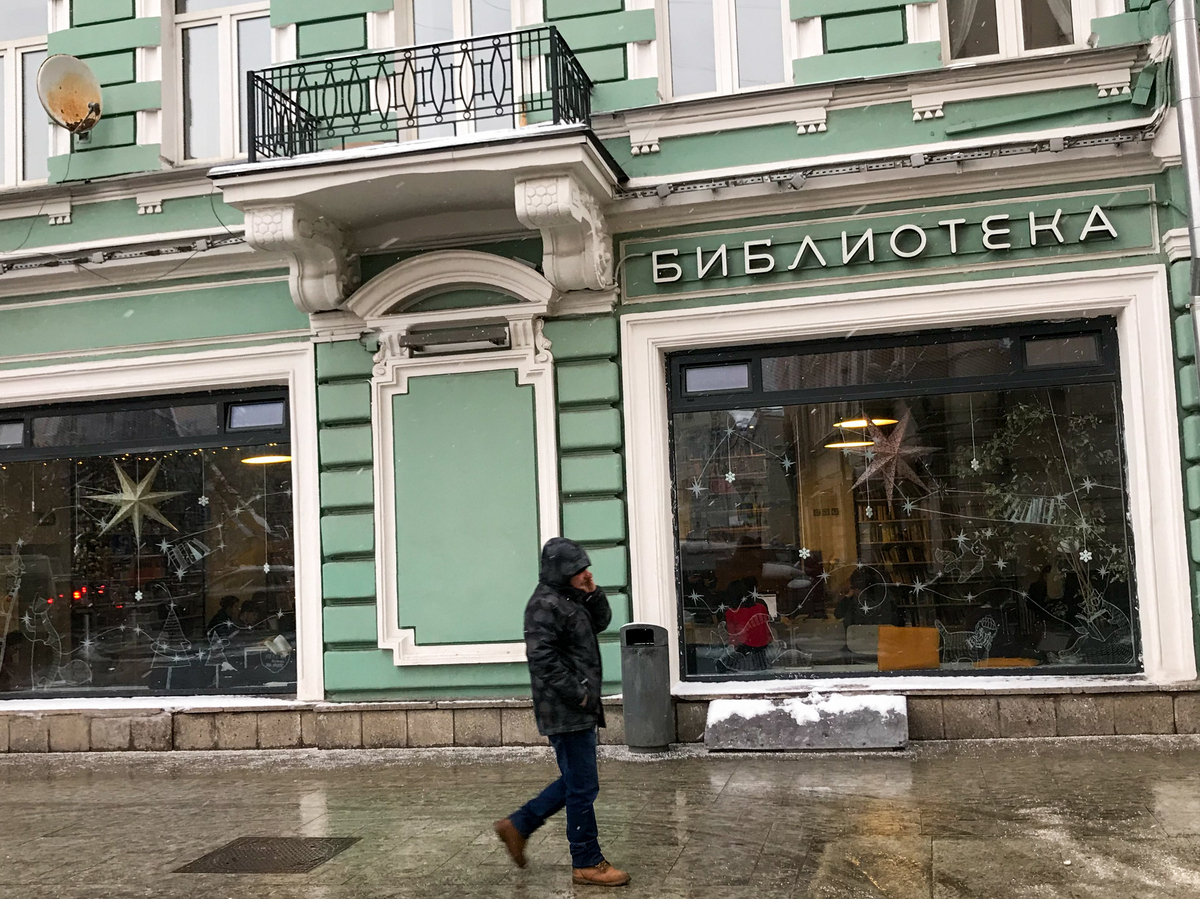 An outside view of the Dostoevsky Library in Moscow. In recent years, the city's team in charge of libraries has discarded almost all traditional conceptions of what a public library is.

In recent years, the city's team in charge of libraries has discarded almost all traditional concepts of what a public library is.

"We have a different idea from the way things used to be. A library can be a loud place," says Maria Rogachyova, the official who oversees city libraries. "Of course there should be some quiet nooks where you can focus on your reading, but our libraries also host a huge amount of loud events."

The Dostoevsky Library hosts three to four events a day, including language clubs, readings and lectures. Once an acoustic music concert got so loud that there were noise complaints from the hookah lounge in the basement, Lisitsky recalls, laughing.

If a dozen or so people per day came through the doors of the Dostoevsky Library before its renovation in 2013, Lisitsky says it now gets 500 daily visitors, who are drawn by its modern facilities and evening events.

Andrei Akritov, 22, an aspiring standup comedian from out of town, says he discovered the library when he walked by and saw people reading inside.

"I'm staying at a hostel, and it's impossible to concentrate there," he says. Working on his monologues, he says, "Here I can spend three, four, even five hours."

The Dostoevsky Library was part of a pilot project to renew Moscow libraries. The city commissioned a Russian-Dutch design bureau to do away with the library's original floral curtains, potted plants and mustard-yellow paint in favor of a contemporary look with open stacks, modern lighting and white walls. Opening hours were extended until 10 p.m.

"Moscow libraries aren't competing with modern technology, they're trying to use it," says Rogachyova. "The rise of electronic media shouldn't spell the death of libraries as public spaces."

While some employees certainly preferred whiling away their time knitting in empty libraries, she says, most of the changes have taken place thanks to the initiative of librarians, who came up with new ideas to attract visitors. Only last May did the mayor's office allocate an additional 500 million rubles (about $7.5 million) per year for library renovation.

"Our job is to develop the most democratic and accessible cultural locations for Muscovites," Rogachyova says. "This isn't about libraries for the sake of libraries, as it sometimes seemed in the past. We need to listen to what Muscovites' needs are, so they start loving us."

The city's libraries aren't just competing with the city's myriad parks and museums, she says, but also with the lure of the couch and TV set. That has meant coming up with events to attract professionals and families, putting catalogs online and even opening onsite coffee shops.

"The library of my childhood was a lot more boring, and I wouldn't have imagined it as a place to spend time," says Ksenia Yeltsova, 20, a student who likes to study at the Dostoevsky Library. "This isn't just a place to check out a book but where you can work, learn something new, listen to a concert and meet people."

While Moscow is at the vanguard of rethinking its libraries, Lisitsky says the trend is picking up across Russia.

"Probably the most negative legacy of the Soviet Union was that people expected the state to take care of everything," he says. "Now they are coming to understand that they can solve many of their own problems without the government."

And the public space where people can meet and discuss solutions, Lisitsky says, is their local library.