Accessibility links
Analysis: How The Rise Of The Far Right Threatens Democracy Worldwide From Turkey and Hungary, to India and the Philippines, the voices of nationalism have become dominant forces that begin with the election of a charismatic, influential and powerful man.

Analysis: How The Rise Of The Far Right Threatens Democracy Worldwide

Analysis: How The Rise Of The Far Right Threatens Democracy Worldwide 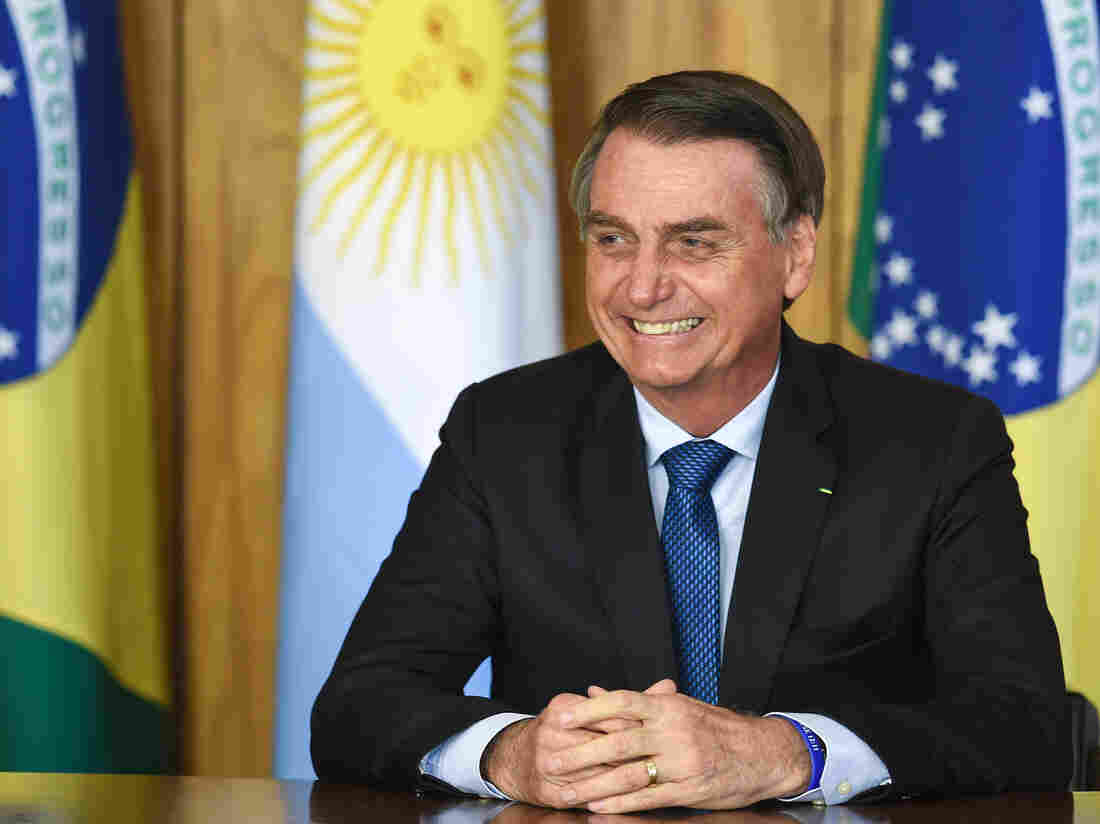 Jair Bolsonaro, Brazil's new president, is among a wave of far-right leaders who have risen on the world stage. On Tuesday, Bolsonaro will headline the World Economic Forum in Davos, Switzerland. Evaristo Sa/AFP/Getty Images hide caption 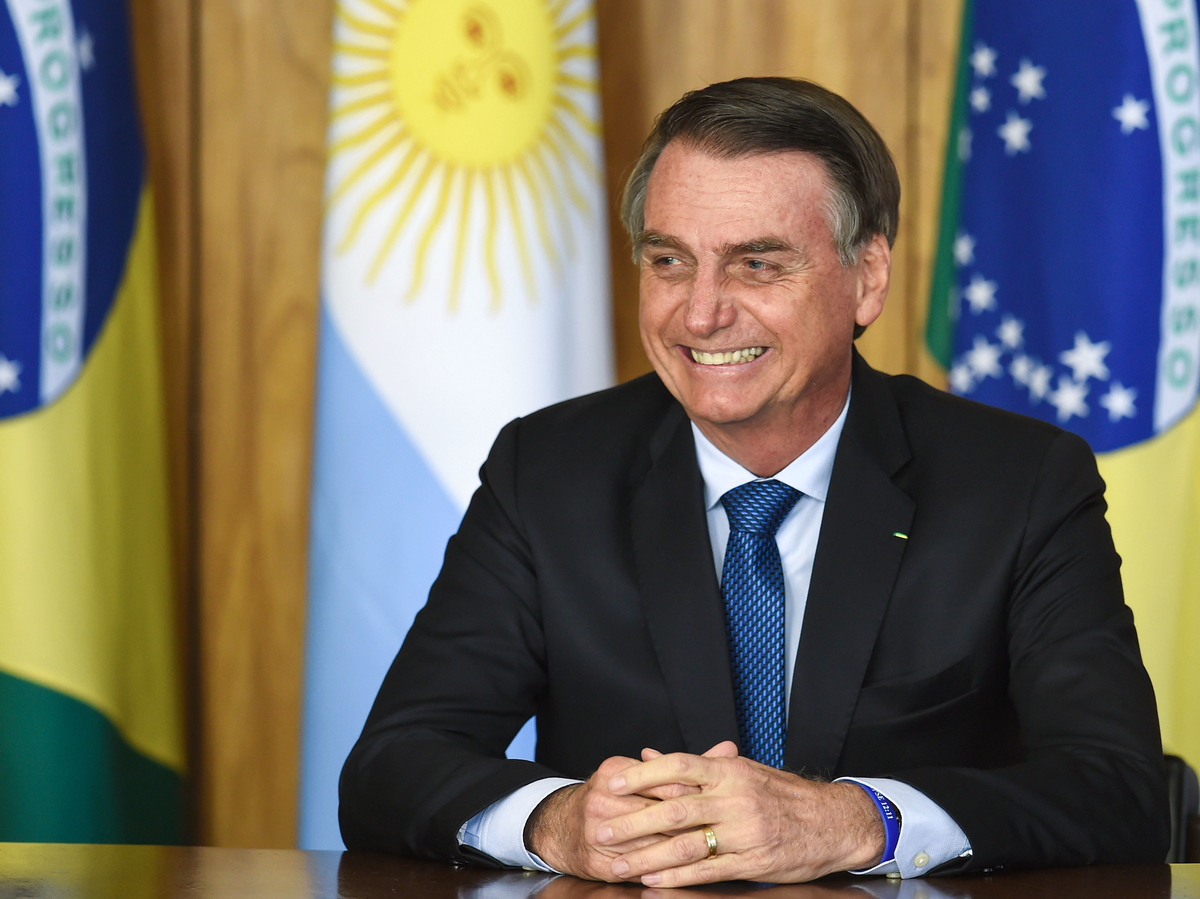 Jair Bolsonaro, Brazil's new president, is among a wave of far-right leaders who have risen on the world stage. On Tuesday, Bolsonaro will headline the World Economic Forum in Davos, Switzerland.

A new president is elected. Within days of being sworn in, he pulls his country out of a U.N. migration pact. His path to power has been pockmarked by disparaging comments about women, including a congresswoman. His preferred choice for top posts are members of the armed forces. When he appoints a fifth military official to his cabinet, he makes the announcement via Twitter, his favored means of communications.

These are the tactics of Brazil's new president, Jair Bolsonaro, who was sworn in to office on Jan. 1, 2019.

On Tuesday, Bolsonaro will headline the World Economic Forum in Davos, Switzerland, an annual gathering that attracts heads of state — 65 of them this year — corporate CEOs and billionaire investors. Bolsonaro's nationalistic rhetoric is in sharp contrast to a gathering that has long stood for globalization and has pushed to strengthen international ties.

His tactics may remind many of the American president's. But it is actually symptomatic of a global wave that started almost a decade ago and has only strengthened in recent years. From Turkey and Hungary, to India and the Philippines, the voices of nationalism and the far right have become dominant forces that begin with the election of a charismatic, influential and powerful man.

Hungary, for instance, was once a leader in the drive for democracy in East Europe. But after strongman Viktor Orban rose to power as prime minister in 2010, Hungary's democratic institutions have been dramatically weakened.

In his first year in office, Orban's party amended the constitution 10 times. A wholly new constitution was put in place. It whittled down the power of courts, changed how elections are supervised and dramatically curbed media. New positions were created and filled with Orban allies. The moves have been broadly condemned, including by the European Parliament and the United States.

Orban is one of the strongest symbols of this shift. He was one of the first Western leaders to endorse Donald Trump and pursue friendly relations with Russian President Vladimir Putin. Last year, Orban won a third term in a landslide victory after pledging to create a "Christian homeland."

Similarly, in the Philippines, President Rodrigo Duterte swept to power in 2016, promising to be tough on drug criminals. As he carried out that promise, it resulted in the deaths of thousands of alleged drug dealers across the country. Human rights groups say the innocent poor have borne the brunt of these killings. Duterte uses profanities with abandon, he has compared himself to Hitler and has insulted world leaders. He too wants to change the constitution in Philippines.

And Turkey, once a bastion of secularism, today is rife with religious conflict. Its leader Recep Tayyip Erdogan, president since 2014, has crushed dissent and jailed journalists. Last year, the government's Directorate of Religious Affairs ordered all of Turkey's nearly 90,000 mosques to broadcast a verse from the Koran through loudspeakers on their minarets. The move led writer Soner Cagaptay to declare that Sharia is gradually taking over long-secular Turkey. Cagaptay is a senior fellow at the Washington Institute for Near East Policy, a group known for being outspoken on the Israeli-Palestinian conflict.

And then there's India's Prime Minister Narendra Modi, leader of the world's largest democracy. Under his Hindu nationalist party, the country has pursued laws that hurt the minority Muslim population. For instance, his party declared that eating beef is "against the idea of India." This led to a ban in the sale of cows for slaughter. While beef is taboo for Hindus, it isn't so for Muslims and the decree led to the closing of many slaughterhouses and meat shops, traditionally owned by Muslims in India.

The nationalist zeal has also led to curbing of charities operating in India. Tens of thousands of foreign-funded non-government organizations, like Greenpeace India, Ford Foundation and Amnesty International, were either put on notice or had their licenses revoked. Amnesty, which often accuses the Indian government of human rights violations, said a raid of its offices was aimed at silencing critics.

In Brazil, President Bolsonaro pushed forth an almost identical move after taking office earlier this month. He used an executive order that gave his government far-reaching and restrictive powers over non-governmental organizations working in Brazil.

Ultimately, it is moves like these that have global hackles rising for proponents of democratic values.

In almost each of these instances, the leaders have swept into power on a promise to accelerate economic growth and create new opportunities for those left behind by globalization. But the promises are often laced with undercurrents of nationalism that harp on race or religion and closing borders.

These leaders often have a strong base of support. And often they have a pro-business agenda, which stock markets cheer. The American stock market has been on a roller coaster — calmer now after a rough ride at the end of the year. But for many months after Trump's election, investors gave the U.S. president a clear thumbs up. Brazil's investors are doing the same, and Bolsonaro has tweeted about it.

Last year, Trump told the crowd at Davos: "I'm here to deliver a simple message: There has never been a better time to hire, to build, to invest and to grow in the United States. America is open for business." Bolsonaro will likely echo the same sentiments.

Trump also said: "America First does not mean America alone." Undoubtedly, Bolsonaro believes in Brazil First. And Orban in Hungary First. Likewise, Erdogan for Turkey and Modi for India. But if it is everyone for himself, who really wins?