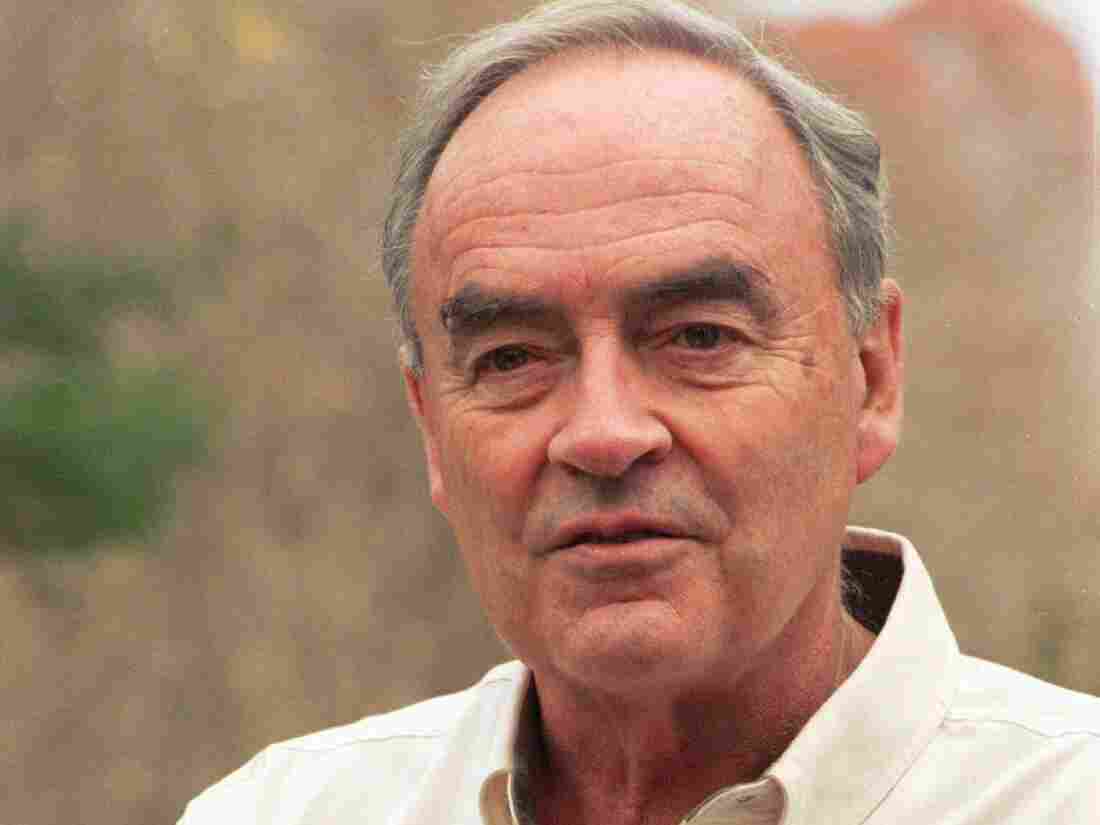 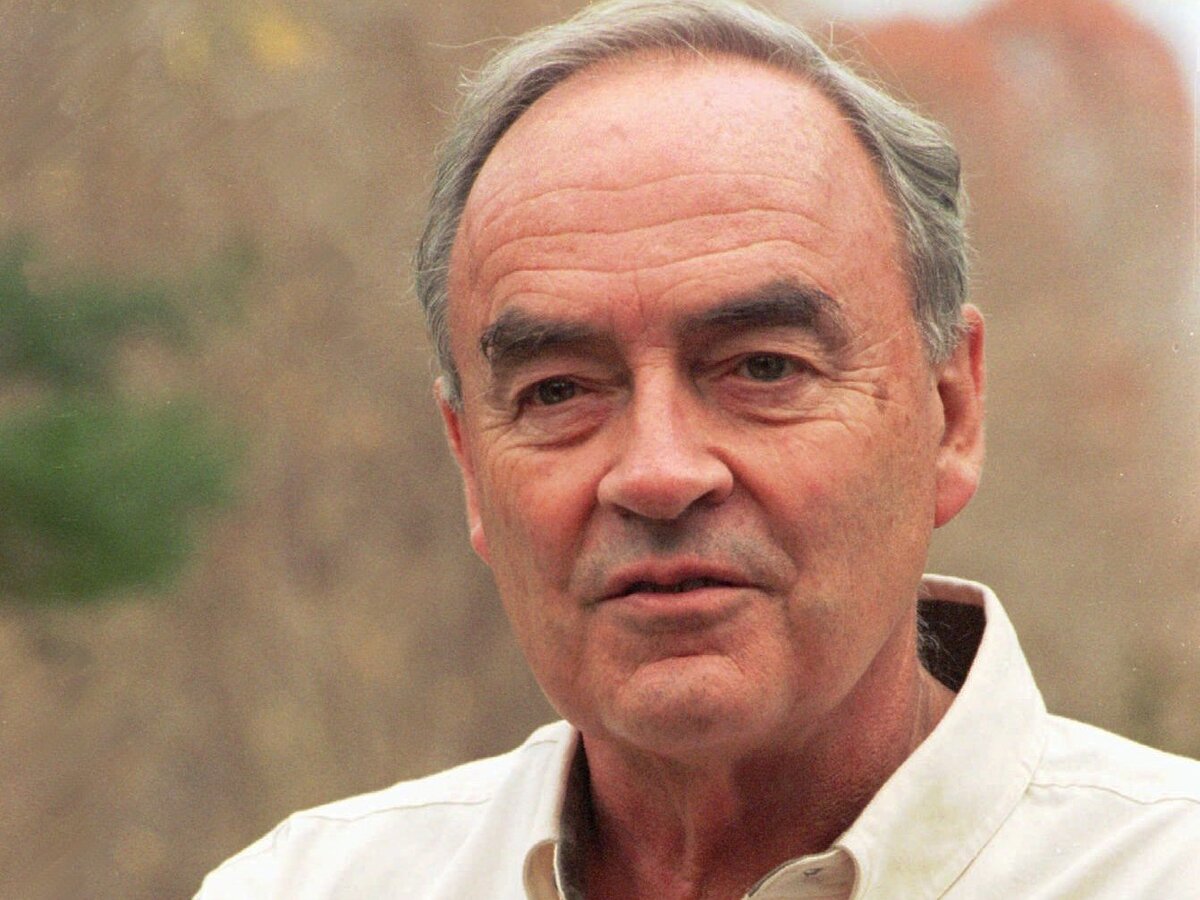 Wofford died after suffering a fall, his son told The Washington Post.

His death on the Rev. Martin Luther King Jr.'s holiday was, perhaps, appropriate. He marched alongside King in Selma and played a key, behind-the-scenes role in the 1960 presidential campaign by encouraging Democratic candidate John F. Kennedy to reach out to Coretta Scott King, after her husband was imprisoned for a minor traffic violation in Georgia.

And when he arrived in the Senate, Wofford worked with Rep. John Lewis, D-Ga., to make King's birthday a national holiday and day of service.

Late in his life, Wofford, whose wife, Clare, died in 1996, married Matthew Charlton, a man 50 years younger whom he had met some years earlier on a beach in Florida.

In an essay in the New York Times, Wofford wrote:

"At age 90, I am lucky to be in an era where the Supreme Court has strengthened what President Obama calls 'the dignity of marriage' by recognizing that matrimony is not based on anyone's sexual nature, choices or dreams. It is based on love."

Wofford was born in New York City in 1926 and grew up in suburban Scarsdale. When he was 11, he accompanied his grandmother on a six-month world tour. He said he saw Mussolini denounce the League of Nations, visited Shanghai after it was captured by the Japanese Imperial Army and, in India, became "fascinated" by Mahatma Gandhi.

He volunteered for the Army Air Corps in World War II and graduated from the University of Chicago in 1948. He later attended Howard University Law School, becoming one of its first white graduates. He also received a law degree from Yale. 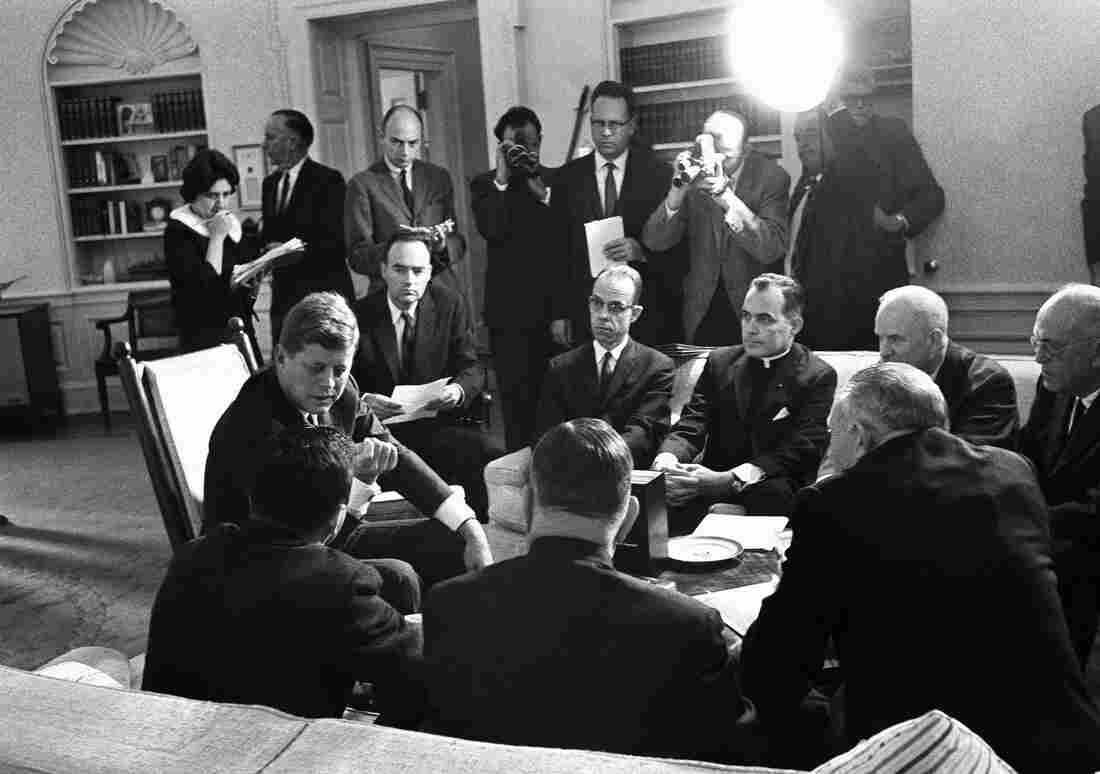 President John F. Kennedy and members of the Civil Rights Commission pose during a White House conference in Washington in 1961. Wofford is seated to Kennedy's left. Byron Rollins/AP hide caption 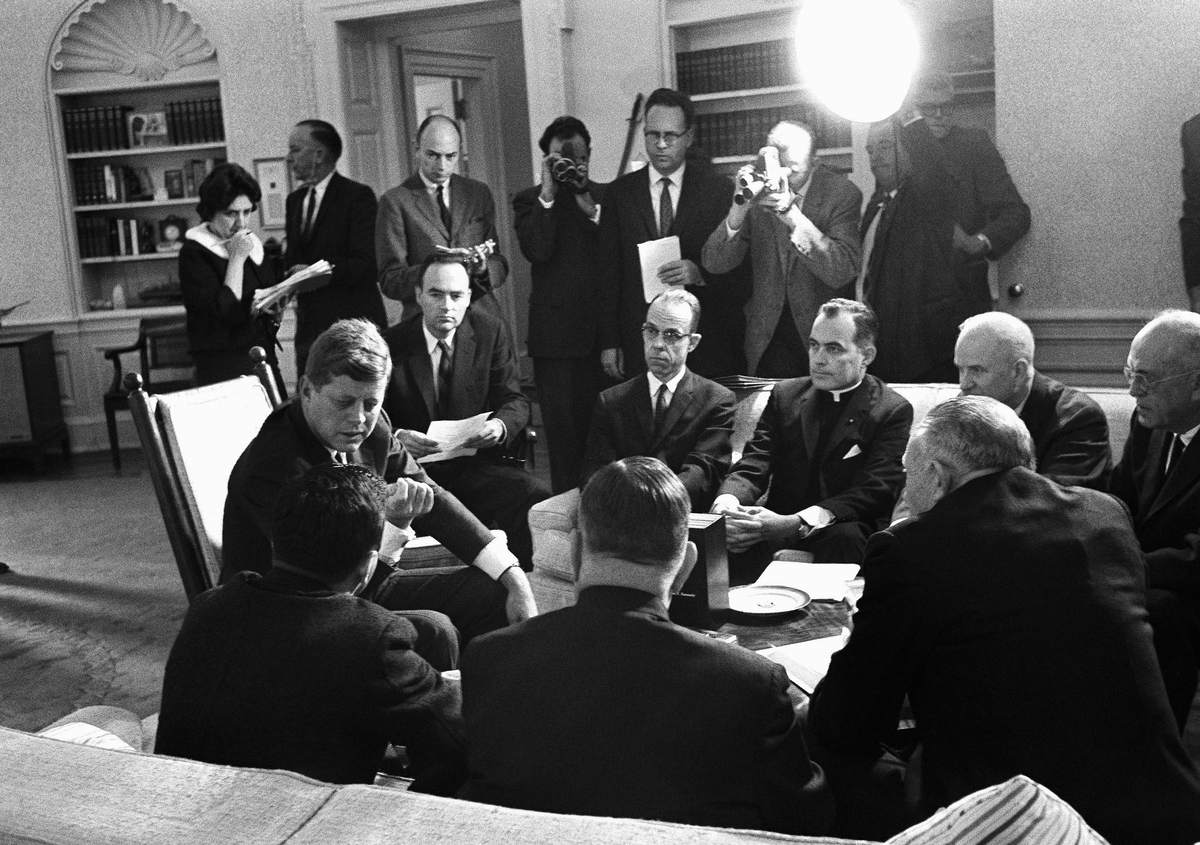 President John F. Kennedy and members of the Civil Rights Commission pose during a White House conference in Washington in 1961. Wofford is seated to Kennedy's left.

He served on the U.S. Commission on Civil Rights and became a law professor at the University of Notre Dame. After Kennedy's election, he became a special assistant to the president for civil rights, and he helped found the Peace Corps, becoming its special representative to Africa and later an associate director.

After leaving the government, Wofford went into academia, becoming president of the State University of New York at Old Westbury, and then just the second male president of Bryn Mawr.

He also found time to get himself arrested during protests at the 1968 Democratic Convention in Chicago.

In the spring of 1991, after spending time as a private practice lawyer and as Pennsylvania's secretary of labor and industry, Wofford was appointed to fill the vacant Senate seat left after Republican Sen. John Heinz III was killed in a plane crash.

He won the special election that November over Republican Richard Thornburgh, in part by making health care his primary issue. In an interview with NPR's Morning Edition, Wofford was asked by host Bob Edwards why it had taken so long for health care to become a major political issue:

"How long, oh, Lord, how long? ...There's a tide in the affairs of men with issues and — and the tide is — is coming in on this issue now. The ... world has turned upside down in — in the last 12 years — 12 months, but 12 years, too. The great enemy of four decades is gone — the Soviet Union. The hundreds of billions — trillions — we've spent in military spending overseas is not going to be necessary anymore. We ... have a chance to turn our priorities right side up, and at the top of our list of priorities should be a national health insurance plan."

But Wofford's tenure in the Senate was short-lived. He was defeated in the 1994 GOP congressional sweep by Republican Rick Santorum. 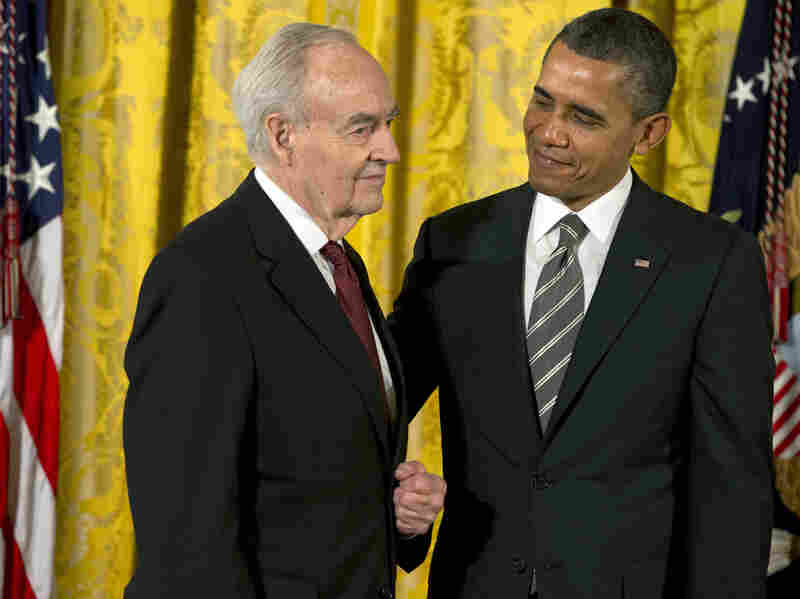 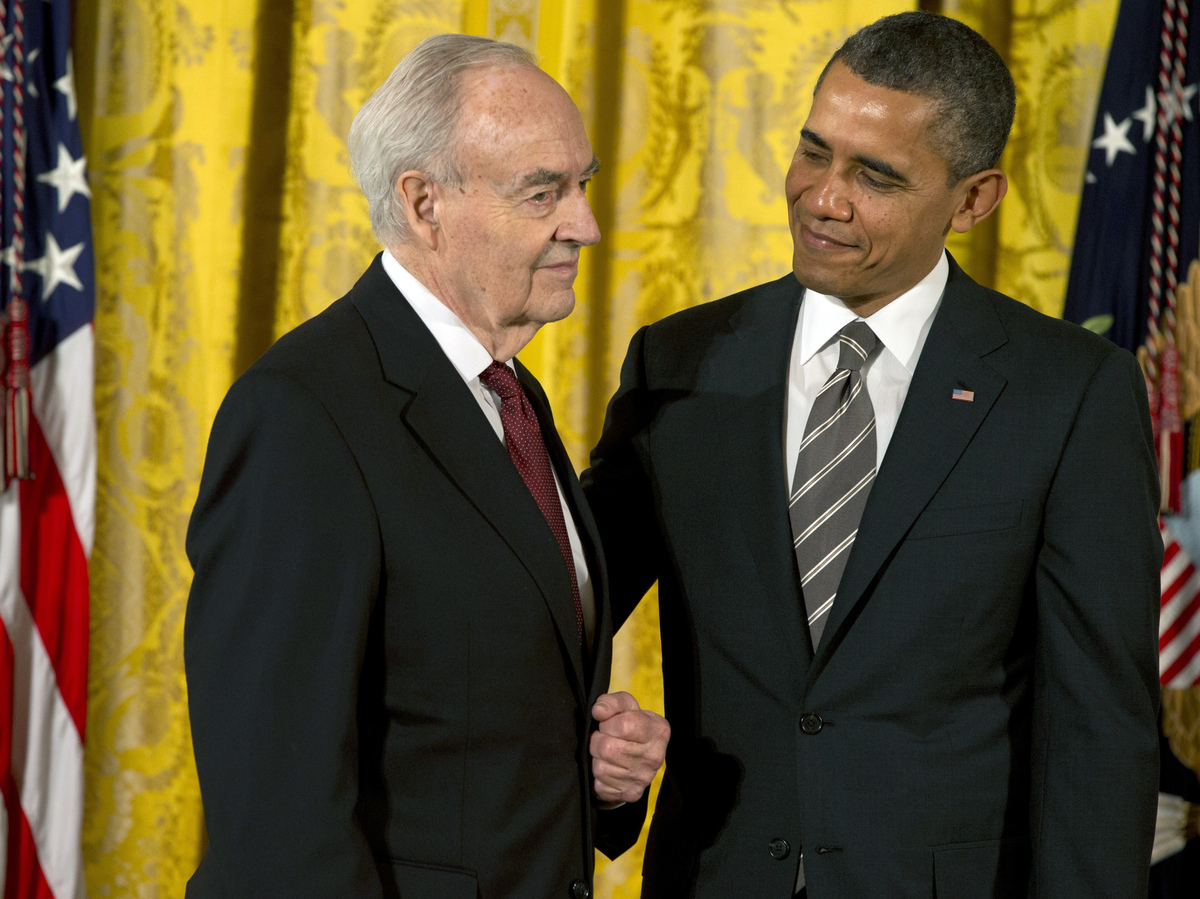 Wofford returned to public service, becoming CEO of the Corporation for National and Community Service, the parent organization of AmeriCorps.

In 2008, he introduced Democratic presidential candidate Barack Obama before his Philadelphia speech on race, "A More Perfect Union."

He also became a commentator for NPR. In 1995, during a national debate over affirmative action, Wofford wrote:

"Race is the oldest, most dangerous wedge in American politics, a time-tested way to split the nation apart. Once it led to civil war. For years afterwards, especially in the South, it was the way for demagogues to win elections."

John Gomperts, his legislative director in the Senate and chief of staff at the Corporation for National and Community Service, said Wofford's life "was one giant adventure."

Asked what Wofford's legacy would be, Gomperts said it was "the buoyant and endless pursuit of a better nation, a better world."