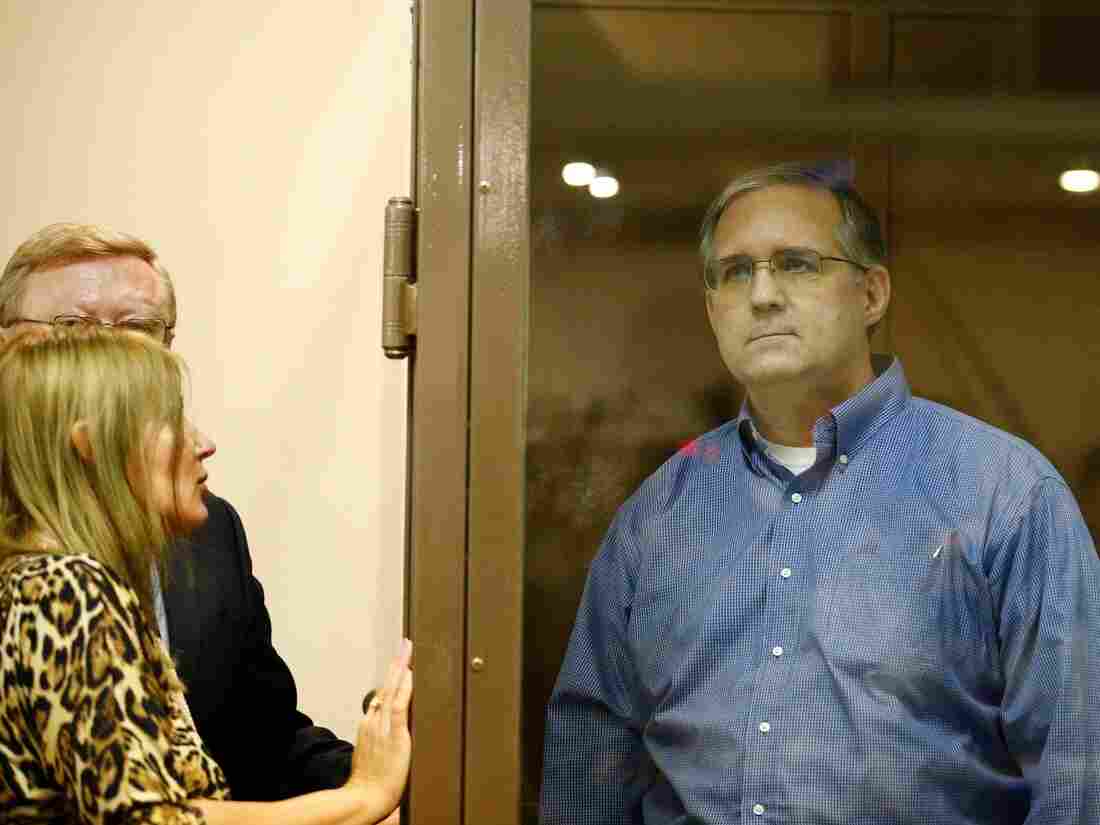 Paul Whelan, the American who has been detained by Russia on suspicion of espionage, stands in a glass cage for a hearing in Moscow on Tuesday. Sefa Karacan/Anadolu Agency/Getty Images hide caption 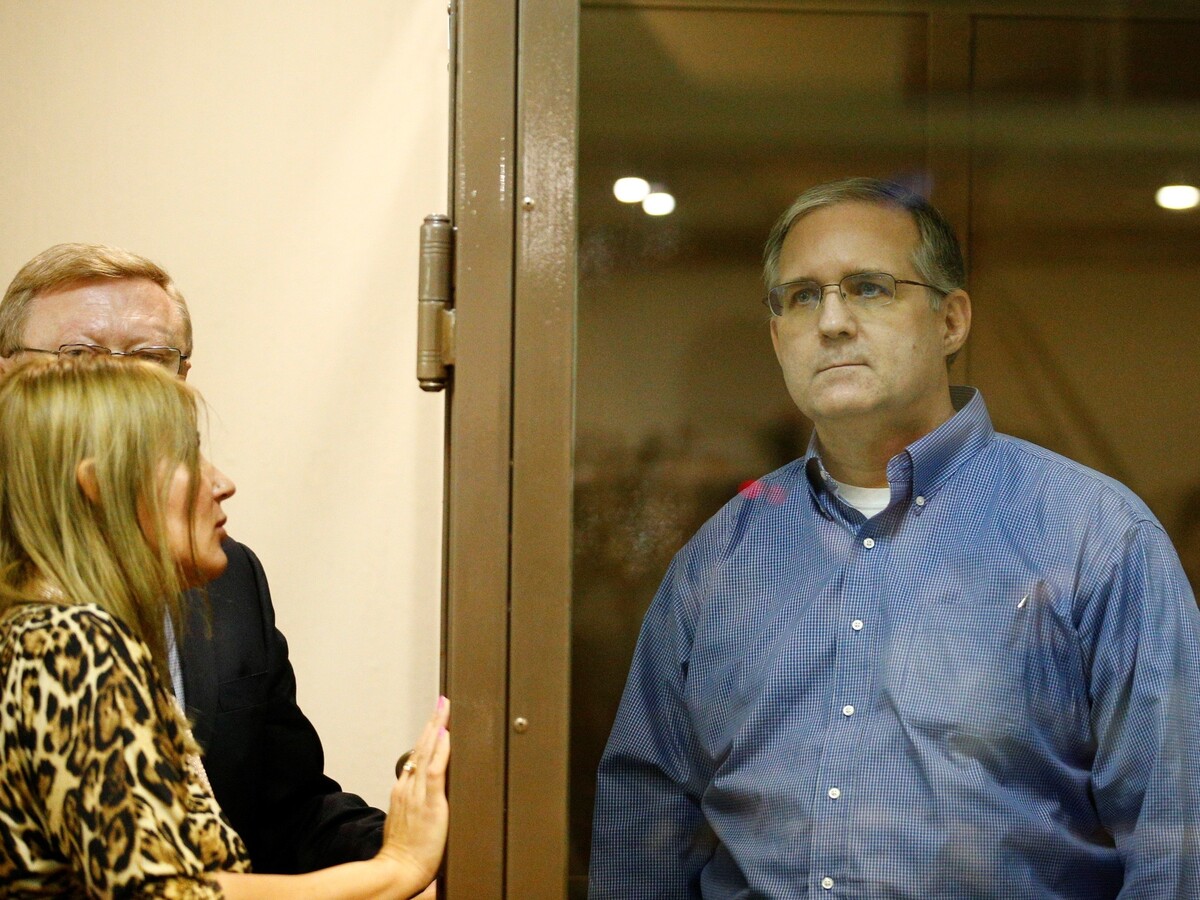 Paul Whelan, the American who has been detained by Russia on suspicion of espionage, stands in a glass cage for a hearing in Moscow on Tuesday.

Before Paul Whelan was detained in Moscow and accused of spying, he was given a thumb drive that he thought held photos of Russian churches but actually contained "state secrets," his lawyer said Tuesday. And Whelan didn't even look at the drive, according to the lawyer, because he was taken into custody immediately.

Whelan, 48, was detained Dec. 28 and is being held in Moscow's Lefortovo prison. He faces up to 20 years in prison if convicted of espionage.

As NPR's Greg Myre has reported, Russian news agency Rosbalt reported earlier this month that Whelan had met with a Russian citizen at the historic Metropol Hotel near the Kremlin: "The Russian reportedly gave Whelan a flash drive listing all the employees of a Russian security agency. Moments later, Russian authorities arrested Whelan."

Russian Foreign Minister Sergei Lavrov seems to agree with that account, according to Reuters, telling reporters that Whelan was "caught red-handed" in his hotel while conducting "specific illegal actions."

But Whelan's attorney, Vladimir Zherebenkov, told reporters Tuesday that Whelan never expected to receive state secrets — but instead had asked the unnamed Russian to put travel images on a flash drive, as he hadn't been able to open them from an email.

"He was expecting to see on the flash drive some personal information like pictures or videos, something like that, about that person's previous trips around Russia," Zherebenkov told reporters, including The Associated Press. "We don't know how the materials that contain state secrets ended up there."

"He only spoke to regular people in Russia," Zherebenkov said, according to The Washington Post.

The lawyer's comments came as Whelan made his first court appearance and was denied bail. Images from the pretrial hearing show Whelan wearing a blue-checked shirt and standing in a glass cage, talking to his lawyer through a small window.

Whelan, a former Marine who received a bad conduct discharge, is the global security director for auto parts manufacturer BorgWarner and lives in Michigan. He has reportedly traveled to Russia frequently, and his brother has said that Whelan was in Moscow to attend a friend's wedding, not to steal state secrets. Born in Canada to British parents, Whelan has U.S., Canadian, British and Irish passports.

His arrest has raised speculation that he is being held as a possible trade for Maria Butina, who recently pleaded guilty to a charge of conspiracy to act as an unregistered Russian agent on U.S. soil.

The Case Of Paul Whelan Draws Parallels To U.S. Journalist's 1986 Arrest In Moscow

The case against Whelan has similarities to the 1986 arrest of American journalist Nicholas Daniloff, who spoke with NPR's Morning Edition earlier this month.

"[T]hey arrested me after I had been given some material by a person that I thought was a friend and a source that's a Russian," Daniloff recounted.

"Some of that material seemed to be photographs of Soviet soldiers in Afghanistan. And I was carrying this package with me when they arrested me. It was something that they had clearly planned for some time. Now, in the case of Whelan, what it seems to me they're trying to do is to fabricate a case of espionage against him. They're pretty good at doing that."