Accessibility links
Supreme Court To Take Up First Gun Case In Nearly A Decade Depending on how narrowly or broadly the court rules, it has a majority now to affect gun rights and restrictions in a dramatic way. 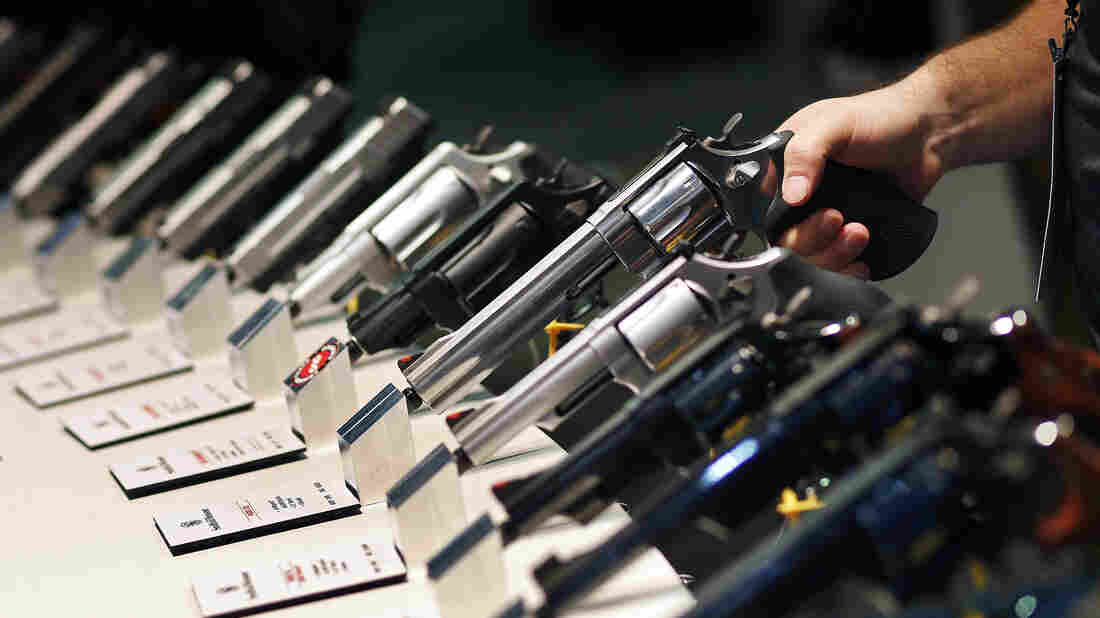 Handguns are displayed at a trade show in Las Vegas. The Supreme Court is granting a case on gun rights for the first time since 2010. John Locher/AP hide caption 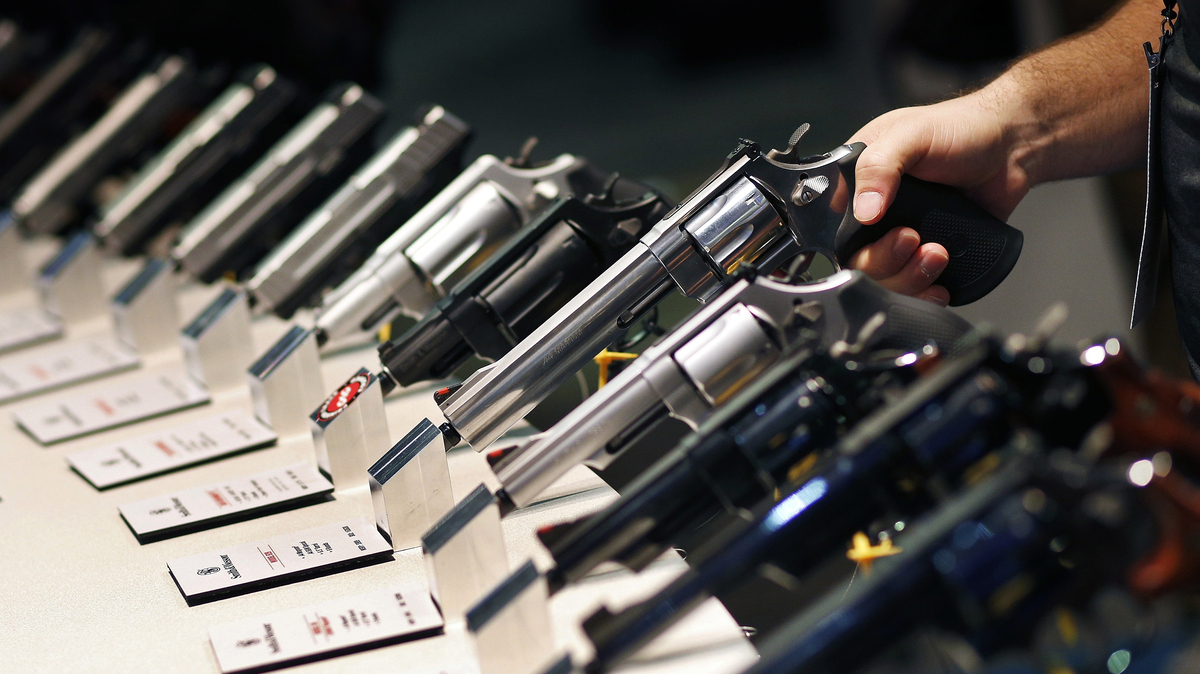 Handguns are displayed at a trade show in Las Vegas. The Supreme Court is granting a case on gun rights for the first time since 2010.

With the Supreme Court now having five justices who are less likely to approve of gun regulations and laws, it granted a major gun case Tuesday for the first time in nearly a decade.

The court granted a right-to-carry case out of New York that pits the New York State Rifle & Pistol Association against the City of New York. New York bans transporting permitted handguns outside city lines, even if the gun is not loaded and is locked in a container. The guns currently can only be taken to the handful of shooting ranges within city limits.

The case could have wide ramifications for gun rights and gun restrictions across the country, depending on how broadly the court rules.

Conservative justices have been champing at the bit to take up gun rights cases. Justice Clarence Thomas in 2014, for example, criticized the court for not taking up more gun cases, calling it a "disfavored" right.

"The right to keep and bear arms is apparently this Court's constitutional orphan," Thomas wrote.

With a newfound majority after the confirmation of Justice Brett Kavanaugh, conservatives may have their chance to make a broad ruling, holding, for example, that the right to own a gun means the right to carry one, or it could rule more narrowly, saying New York's law is overly restrictive or something in between.

In 'Team Of Vipers,' It's Mr. Sims Who Goes To Washington

When the Supreme Court decided in 2008 and 2010 that there is a personal right to own a gun for self-defense in one's home, the vote was 5 to 4, with Justice Anthony Kennedy the deciding vote.

Since then, the National Rifle Association and its supporters have brought plenty of gun cases to the Supreme Court, but the justices stayed away from the issue — one suspects because four of the five conservatives thought that Kennedy would approve many of these regulations. But Kennedy is now retired.

Note: The Supreme Court did not take up the Trump administration's ending of the Obama-era Deferred Action for Childhood Arrivals policy challenge. That leaves DACA protections in place for immigrants brought to the United States as children until at least Feb. 19, when the justices are scheduled to meet again.