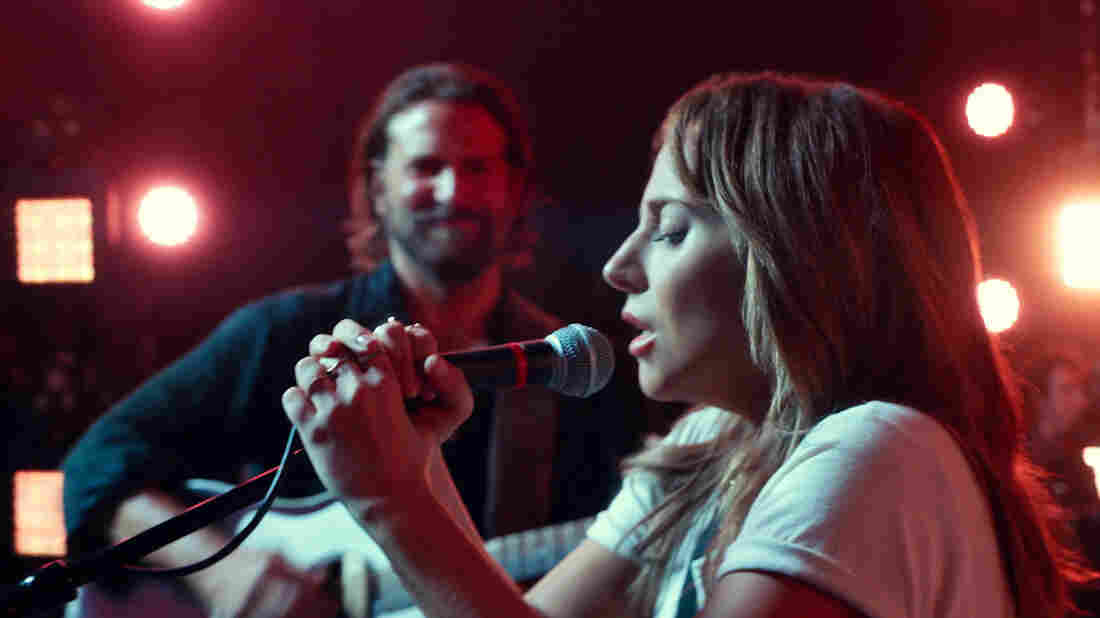 A Star Is Born has received eight nominations at the upcoming Academy Awards, including in the category of best original song for "Shallow." Warner Bros. Pictures hide caption 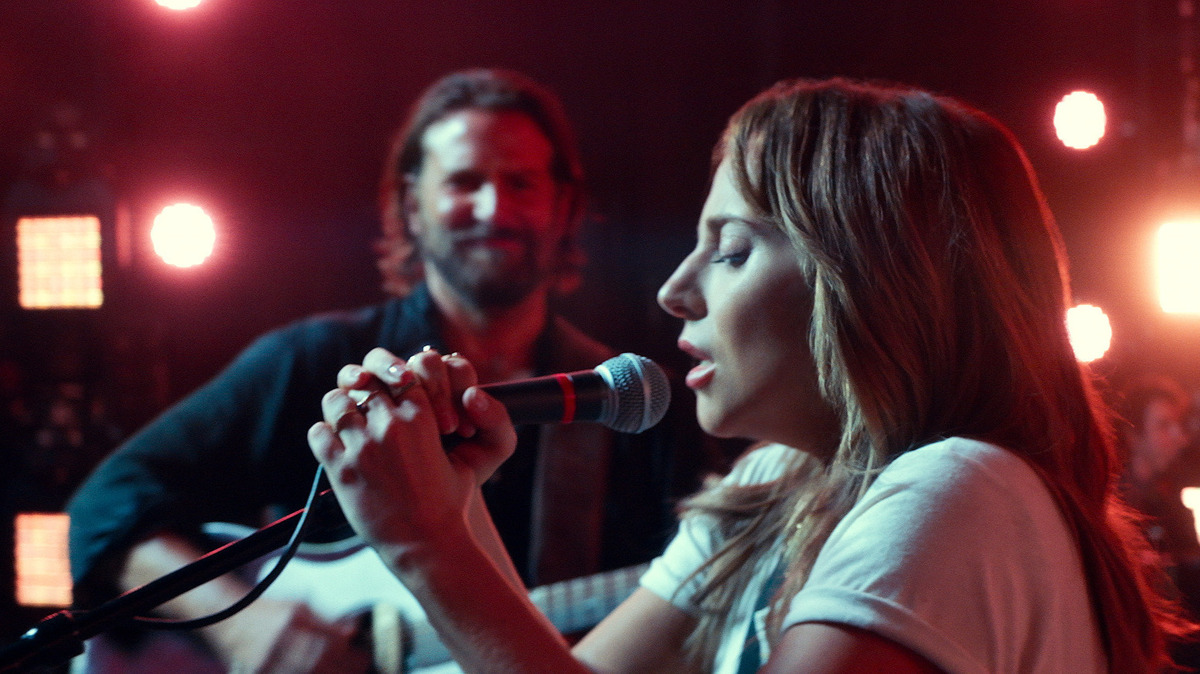 A Star Is Born has received eight nominations at the upcoming Academy Awards, including in the category of best original song for "Shallow."

There was some surprises in this year's 2019 Oscar nominations, but for people paying attention to the best original song category, Lady Gaga and Bradley Cooper's "Shallow" from A Star Is Born was absolutely sure to make the cut.

We're Off The Deep End And Into 'A Star Is Born'

Aside from Gaga, other songs in this year's category include: "All The Stars," from Black Panther by Kendrick Lamar and SZA, "The Place Where Lost Things Go" from Mary Poppins Returns by Emily Blunt, "When a Cowboy Trades His Spurs for Wings" from The Ballad of Buster Scruggs written by David Rawlings and Gillian Welch, and "I'll Fight" from the RBG documentary written by Diane Warren and performed by Jennifer Hudson. But despite the tough competition, NPR Music's Stephen Thompson believes "Shallow"is the highly-favored front runner in the nomination pool this year.

"It is a true movie showstopper," Thompson says. "And it's a good example of an original song in a movie that is actually integral to the movie in which it appears."

Thompson explains that it's tricky to determine what causes a song to win, but he's noticed that, though it's not a requirement, a lot of the Best Original Song winners over the years have been ones woven into the movies.

As for songs that got snubbed in the category? Thompson says he "could've filled a field" with songs that he would've liked to see nominated, citing Sade's "The Big Unknown" from the film Widows, "Girl in the Movies" by Dolly Parton from the Netflix film Dumplin' and, Thompson's favorite, The Coup's "OYAHYTT" from Sorry To Bother You.