Accessibility links
Mexico Reports Highest Ever Homicide Rate In 2018, Tops 33,000 Investigations The grim news was expected as the number of open homicide cases continued to climb month after month, making the last 12 months the deadliest on record — an average of 91 deaths per day. 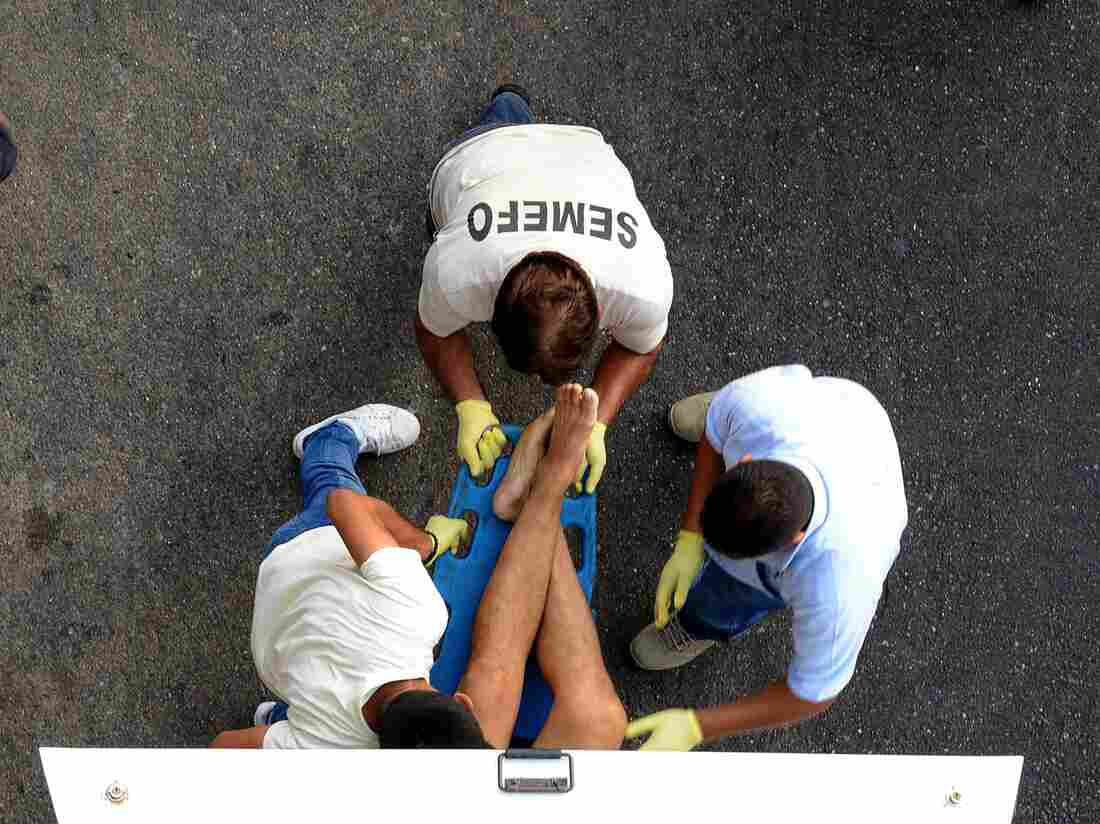 Forensic personnel load the corpse of a man into a van, after he was executed at a shopping mall in Acapulco, Mexico, on April 24, 2018. A new report recorded more than 33,000 homicides in 2018, making it the country's deadliest on record. Francisco Robles/AFP/Getty Images hide caption 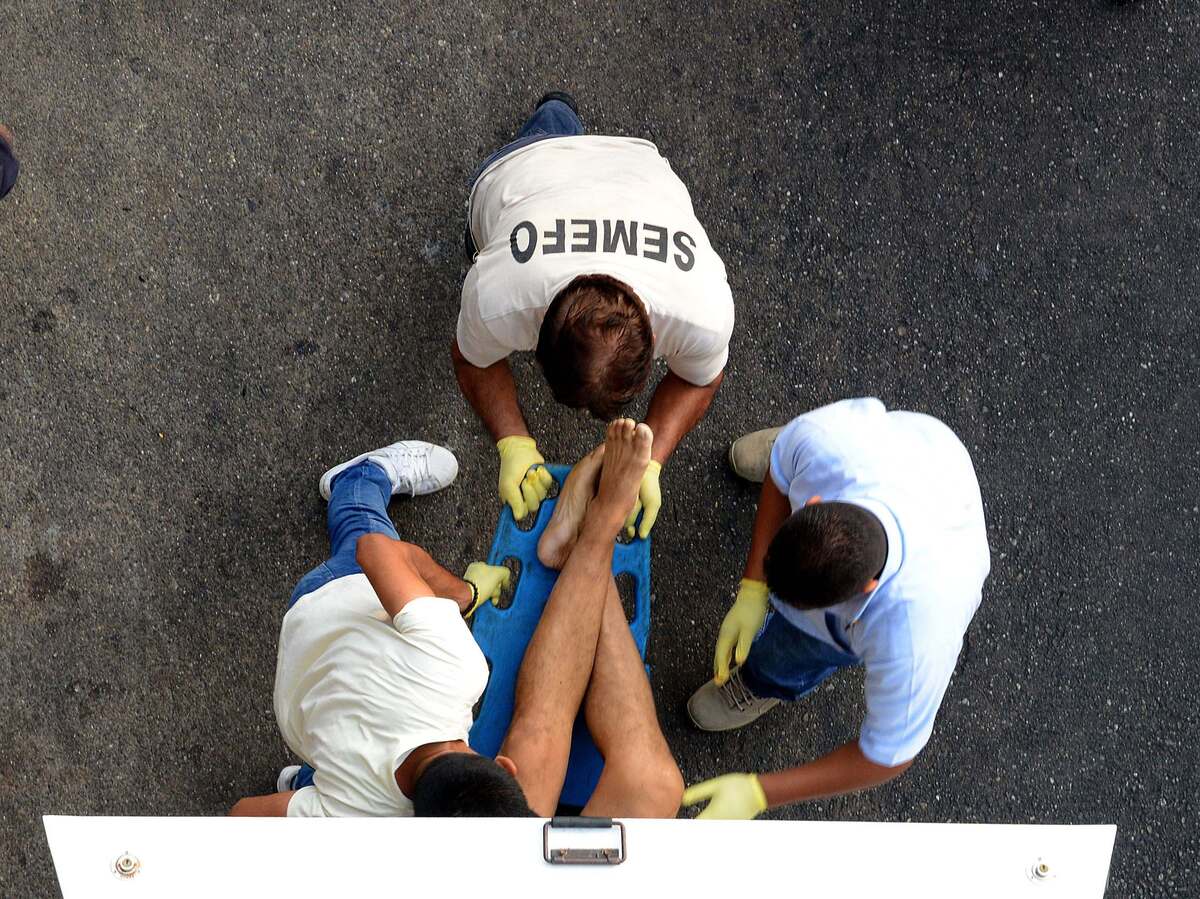 Forensic personnel load the corpse of a man into a van, after he was executed at a shopping mall in Acapulco, Mexico, on April 24, 2018. A new report recorded more than 33,000 homicides in 2018, making it the country's deadliest on record.

Mexico's homicide rate continued to skyrocket last year, making 2018 the deadliest on record for the country with an average of 91 deaths a day.

A report released by Mexico's Secretariat of Security and Citizen Protection recorded 33,341 intentional homicides in 2018, a 15% increase over 2017, which held the previous record for the highest number of opened investigations with 28,866 cases.

Widespread violence over more than a decade has ravaged cities and towns alike, as drug cartels and criminal organizations appear to operate with impunity, facing few if any repercussions from law enforcement agencies that are rife with corruption or crippled by intimidation.

The exploding homicide rates pose an immense political obstacle for Mexico's new President Andres Manuel Lopez Obrador who, like his predecessors, campaigned on promises of rooting out corruption, and restoring law and order.

During his victory speech, the left-wing president proposed calling an end to drug war-era policies implemented by former President Felipe Calderon in 2006, that used military soldiers to crackdown on drug traffickers and crime.

Former President Enrique Peña Nieto, who took office in 2012, also vowed to put an end to the rampant killings and he had some success in early part of his presidency. However, his final years in office were marred by bloodshed.

Mexico's Morgues Are Overflowing As Its Murder Rate Rises

In recent years, fissures among once powerful drug syndicates has led to heinous crimes between gangs for control of territory and drug trafficking routes. Criminal organizations have also branched out into new criminal enterprises that often lead to killings, including kidnapping, extortion and fuel theft.

Fighting Among Drug Traffickers Leads To Surge Of Murders In Mexico

Over the last 12 months, the battle over control of the illegal fuel market has caused the number of homicide investigations in the state Guanajuato to more than double to 3,290 from 1,423 in 2017, putting it at the top of Mexico's homicide list.

Similarly, in Quintana Roo, a state known for its turquoise water resorts, including Cancun and Tulum, homicide cases jumped from 359 in the previous year to 774 in 2018.

In Jalisco, where last September authorities were caught in a scandal for storing corpses in refrigerated trailers because local morgues ran out of space to accommodate the dead, the toll went up by 35 percent.

The number of slain women was up from the prior year, with 861 investigations compared to 735 in 2017. The state of Mexico recorded the most killings of women with 110.

Animal Politico reported federal crimes across the country were also on the rise in 2018 – by nearly 18 percent — for the second consecutive year, including the possession of weapons, drug trafficking, fiscal crimes and kidnapping.