Accessibility links
Jonas Mekas, Underground Filmmaker Who Cast A Long Shadow, Dies At 96 The Lithuanian-born director, poet, archivist and critic, who died Wednesday, not only made dozens of experimental films — he helped carve a place for countless other filmmakers to do the same. 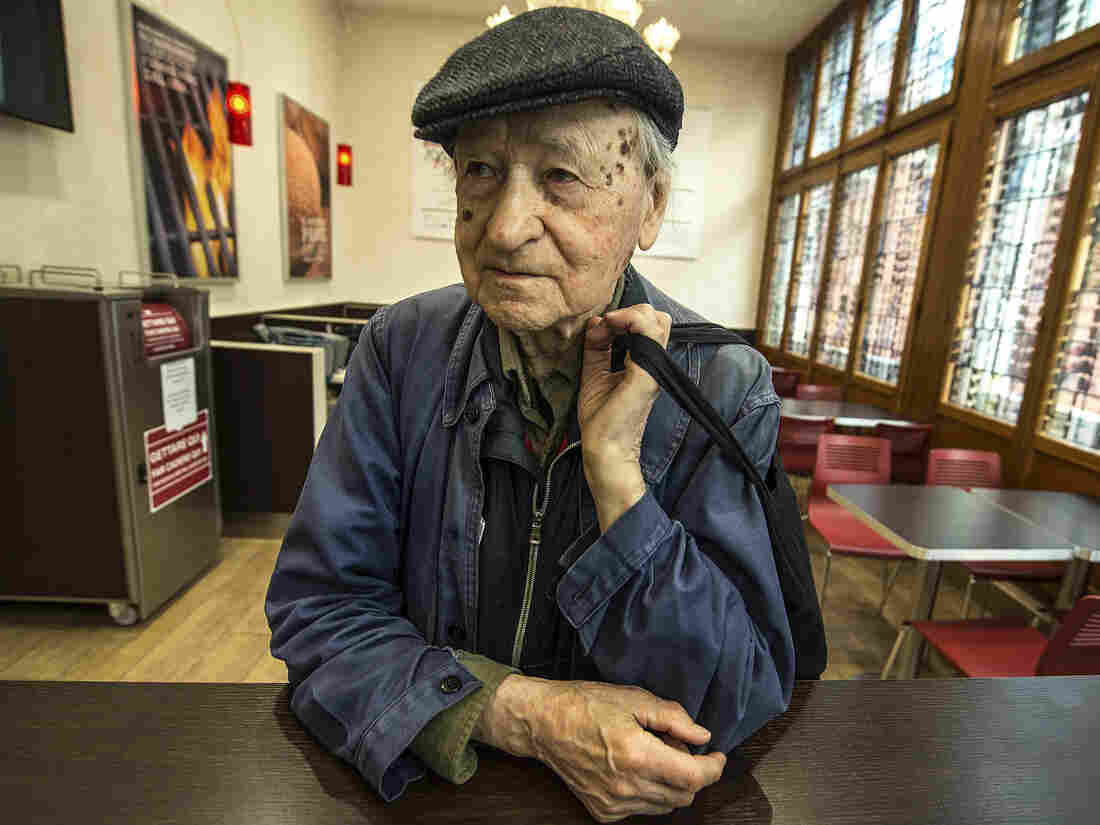 Jonas Mekas, seen in 2015 in Venice, Italy, where the filmmaker's digital works were exhibited at the same time as the Venice Biennale. Mekas died Wednesday at the age of 96. Awakening/Getty Images for Zuecca Project Space hide caption 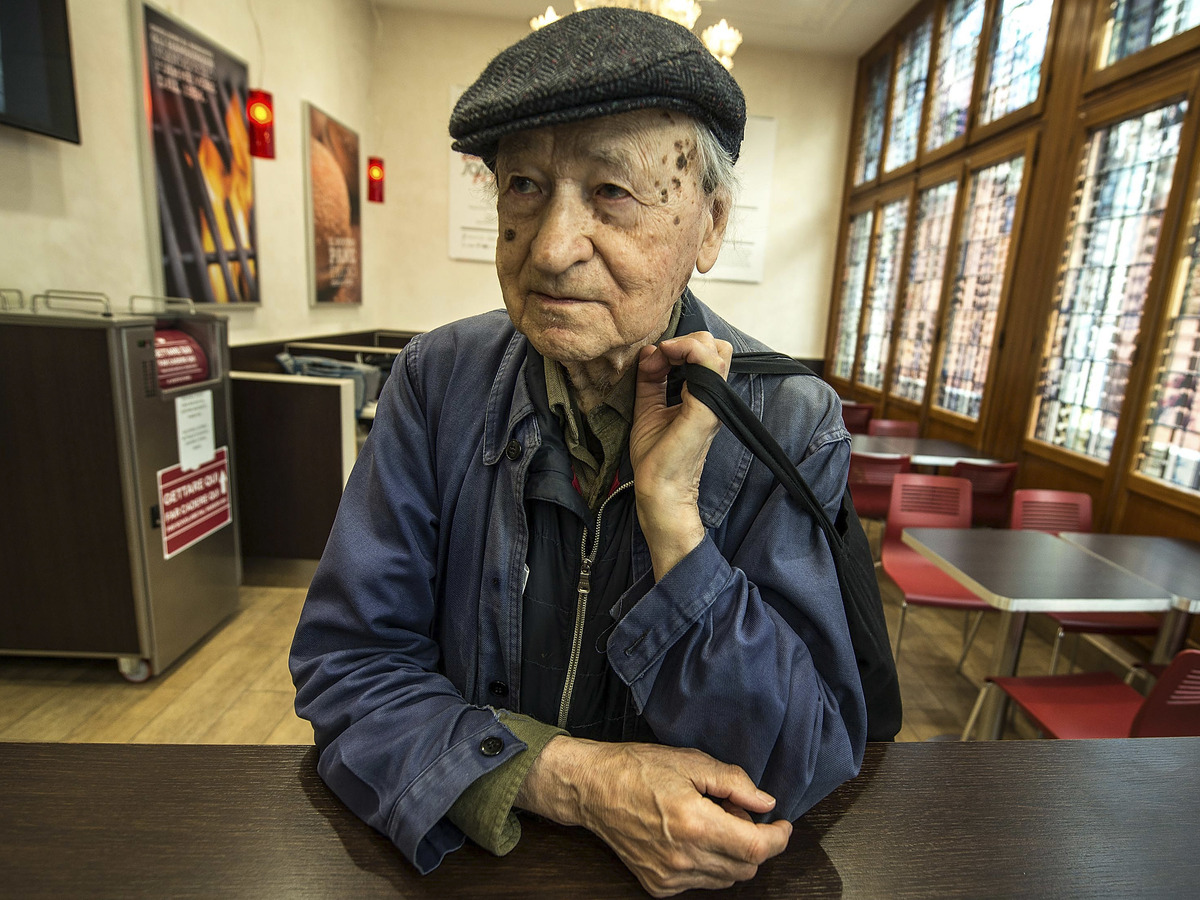 Jonas Mekas, seen in 2015 in Venice, Italy, where the filmmaker's digital works were exhibited at the same time as the Venice Biennale. Mekas died Wednesday at the age of 96.

Jonas Mekas, an underground filmmaker whose influence looms as large as the archives he helped create, died Wednesday morning at the age of 96. The Lithuanian-born director, critic, archivist and poet died "peacefully at home, with family at his side," according to the Anthology Film Archives that he co-founded.

The organization did not specify the cause of his death.

Mekas "helped to lead American cinema out of the boardrooms and back into the streets — and knew that it needed a home and then built it," film critic and scholar Richard Brody said Wednesday. He recalled Mekas, who directed dozens of movies and published more than 20 books — in addition to writing a prominent column on cinema — as "one of the crucial, and one of the best, film critics — and chroniclers."

It’s with enormous sadness and a great sense of loss that we share the news of the passing of Anthology’s founder, Jonas Mekas. He died peacefully at home, with family at his side. pic.twitter.com/1zpB2ZZHDd

But this towering career could easily have been snuffed out before it began.

Mekas and his brother, Adolfas, were taken captive and brought to a Nazi labor camp during World War II. The brothers survived the ordeal, however, and eventually made it to New York City after several years living in displaced-persons camps.

It was in that very different world of a thrumming metropolis that Mekas embarked on some of the work that would make him most famous. Toting a Bolex 16mm camera around the city, the filmmaker began cataloging the assorted scenes that surrounded him — scattered, impressionistic snippets that, when strung together, evoked a life that often eluded traditional, chronological narratives.

"It's a collage. When you make a collage there is no real logic. You cannot explain it. You just feel that's how it fits. The beginning and the end usually matter, but what's in between can be a little more mysterious," Mekas told the Creative Independent in 2017, speaking of one of his memoirs, A Dance with Fred Astaire, and comparing it to his films.

"I permit a lot of chance," he said. "Exercising too much control is no good."

That work would eventually make its way onto the screen in the 1960s, when he began to showcase the kinds of diaristic pieces for which he became best known. In one film, 1969's Walden, roughly edited home movies are threaded with interstitial title cards announcing the scenes. In another, 1972's Reminiscences of a Journey to Lithuania, Mekas dreamily tells of a trip his brother and he made to the country of their birth — the manically cut images clashing with his monotonously intoned narration.

All the while, Mekas exerted arguably more influence as an observer and critic. By the mid-1950s, he and his brother had founded a magazine they called Film Culture, and in 1958, he began a long-running column in the Village Voice, which he used as a platform to champion film as an art form that could be more than simple entertainment.

More than a decade later, in 1970, Mekas and several colleagues opened Anthology Film Archives, a place where they hoped to showcase the kinds of avant-garde film that struggled to find mainstream distributors.

"Anthology Film Archives is the first film museum exclusively devoted to the film as an art," the group declared in a manifesto issued at the time of its opening.

"What are the essentials of the film experience? Which films embody the heights of the art of cinema? The creation of Anthology Film Archives has been an ambitious attempt to provide answers to these questions; the first of which is physical — to construct a theater in which films can be seen under the best conditions; and second critical  — to define the art of film in terms of selected works which indicate its essences and parameters."

Short Films Coming Soon to an iPod Near You

Short Films Coming Soon to an iPod Near You

It was through this project, and others like it, that Mekas helped carve out a home for a style of filmmaking that had long struggled to find one.

"It is largely through his efforts to create an infrastructure for avant-garde film that a small, economically disadvantaged filmmaking practice has a place in cultural history and continues to be accessible to its small, dedicated audience," film critic Amy Taubin said in a piece published in ArtForum in 2005.

As Mekas explained to NPR in 2006, his efforts as a patron and as a director have long been tied together — just as his own moving diaries share much in common with the people who view them.

"I mean, we are all connected. My life is essentially not so unique. On some deeper levels we feel the same, we know the same things," Mekas said. "Therefore if I show my life 365 days, moments from those days, it will reflect and it will have connection with lives of all of us."