Accessibility links
White Supremacist Pleads Guilty In Fatal Sword Stabbing Of Black Man James Jackson admitted he was driven by a plan to kill scores of black men to spark a nationwide race war. It's New York state's first conviction of first-degree murder as an act of terrorism. 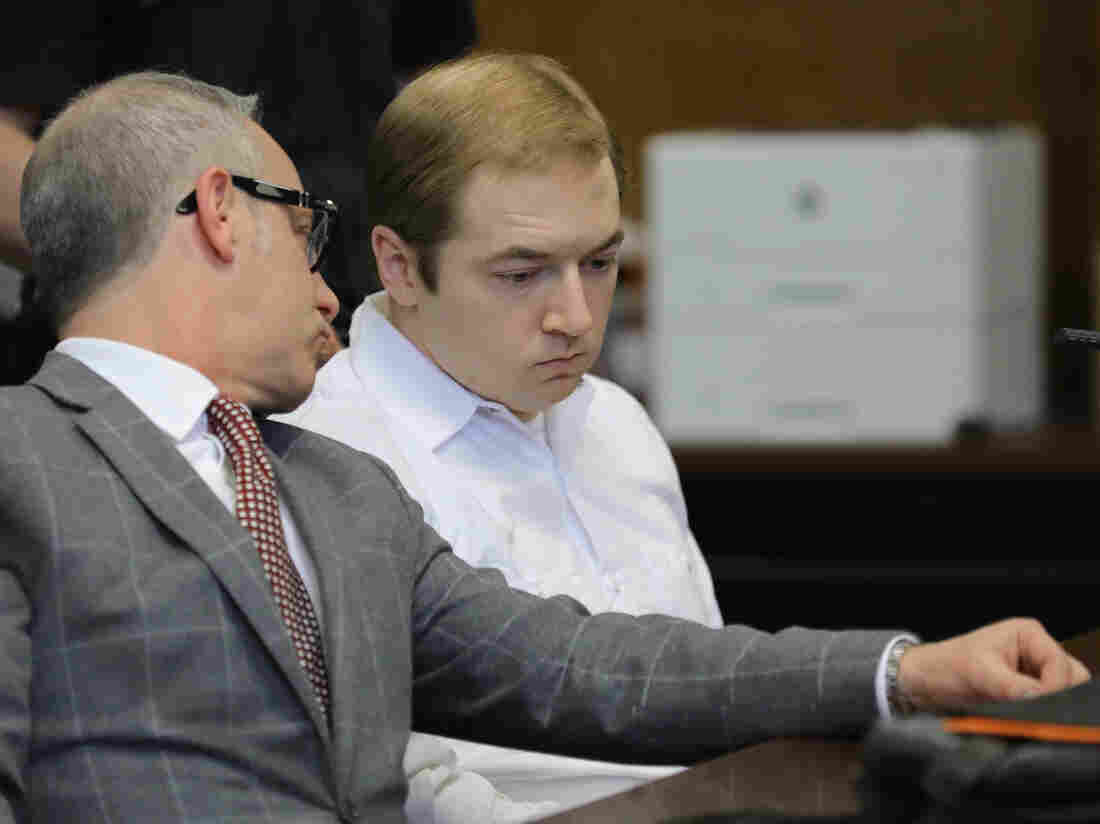 James Jackson (right) confers with his lawyer during a hearing in criminal court Wednesday in New York. Jackson pleaded guilty to killing a black man with a sword, which prosecutors described as terrorism and a hate crime. Bebeto Matthews/AP hide caption 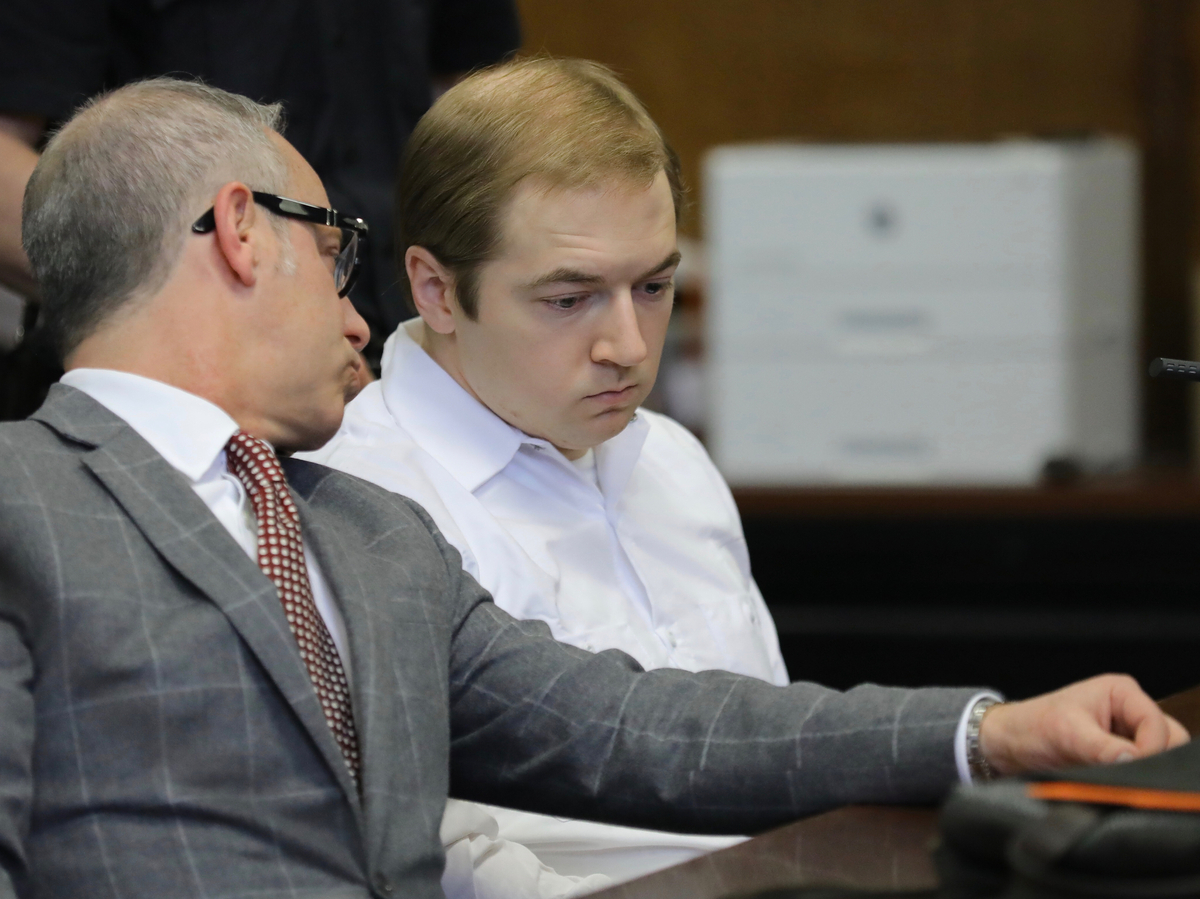 James Jackson (right) confers with his lawyer during a hearing in criminal court Wednesday in New York. Jackson pleaded guilty to killing a black man with a sword, which prosecutors described as terrorism and a hate crime.

That's what the white supremacist admitted in court Wednesday after pleading guilty to killing Timothy Caughman in a gruesome act of violence that he said he believed would spark a nationwide race war.

In a calm voice, The Associated Press reported, Jackson went against his attorney's advice and spoke before a Manhattan court judge, confirming the story he told New York Police Department officials when he turned himself in to authorities in March 2017 — a day after the brutal stabbing that killed the 66-year-old African-American man.

At the time, Jackson told detectives that he had traveled from his home in Baltimore to New York to kill black men as a "declaration of global total war on the Negro race" and as a "political terrorist attack," the Manhattan District Attorney's Office said in a statement.

The self-avowed racist explained he committed the murder in Manhattan because it is a global media capital and that he expected the coverage would garner widespread support for his cause. He said his intention was to "inspire white men to kill black men, to scare black men, and to provoke a race war."

Caughman, who was collecting recyclable bottles at the time Jackson attacked him and repeatedly plunged a sword into his chest, was a variable in the killer's plan. According to Jackson, he had been stalking another victim but lost his nerve and chose Caughman at random, not realizing he was an elderly man.

His plan had been to murder "a young thug" or "a successful older black man with blondes ... these younger guys that put white girls on the wrong path," he told The Daily News.

But instead he pounced on Caughman, who staggered to a nearby police station after the attack and died at a hospital.

Driven by despair that he was "too late" to prevent white women from pursuing interracial relationships, Jackson surrendered to authorities, according to the newspaper.

"White nationalism will not be normalized in New York," Cyrus Vance, the Manhattan district attorney said in the statement, noting that Jackson's guilty plea represents the state's first-ever conviction for murder in the first degree "in furtherance of an act of terrorism."

"If you come here to kill New Yorkers in the name of white nationalism, you will be investigated, prosecuted, and incapacitated like the terrorist that you are," Vance said. "You will spend your life in prison without possibility of parole because there is no place in our city or our society for terrorists – 'domestic' or otherwise."

During the hearing, one of Jackson's lawyers said that New York police officers improperly interviewed his client, the AP reported.

Frederick Sosinsky told the judge that Jackson's defense team was not notified of the interview, in violation of state and federal law. Additionally, he alleged the officers involved were not assigned to Jackson's case, but rather work in the intelligence division.

It is unclear whether the allegations are true. NYPD officials did not respond to NPR's request for comment.

The AP reported that Vance learned of the alleged interview on Wednesday and told the judge the district attorney's office would not tolerate such actions.

Jackson is expected to be sentenced on Feb. 13. If convicted, he faces life in prison without the possibility of parole, the maximum sentence permitted under New York criminal law.