Accessibility links
Review: In 'The Image Book,' Godard Abstractly Critiques Humanity Jean-Luc Godard's digressive film grapples with societal collapse through footage that has been distorted and reshuffled, hypersaturated or bleached of all color, until it is just barely recognizable. 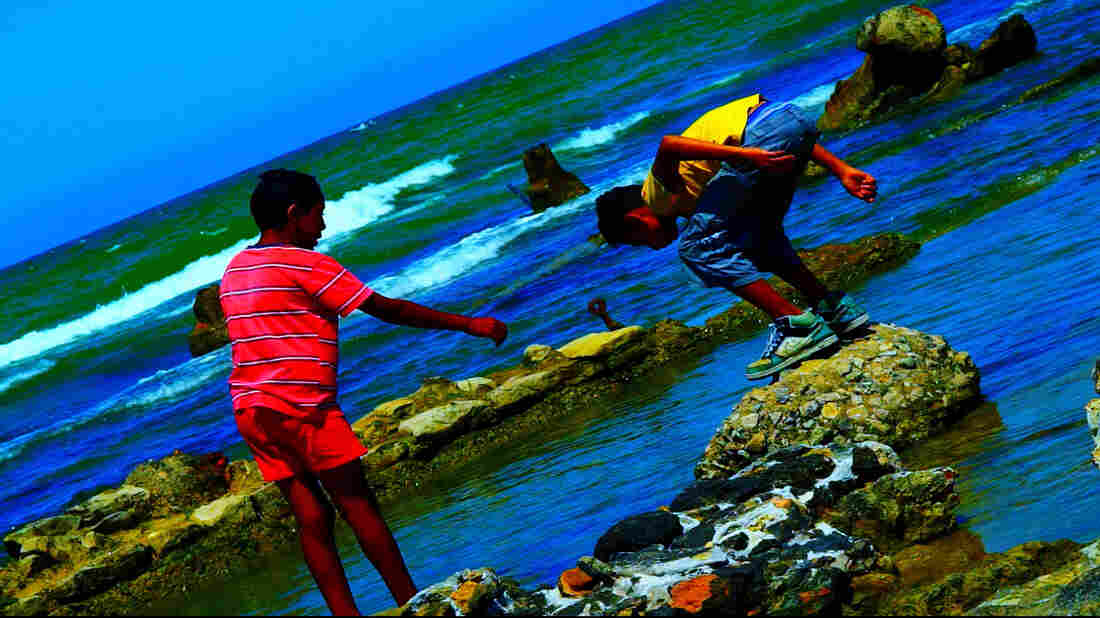 Godard's imagery is distorted, his meaning malleable, but he seems to be implicating, among other things, how Western culture depicts the East, in The Image Book. Kino Lorber hide caption 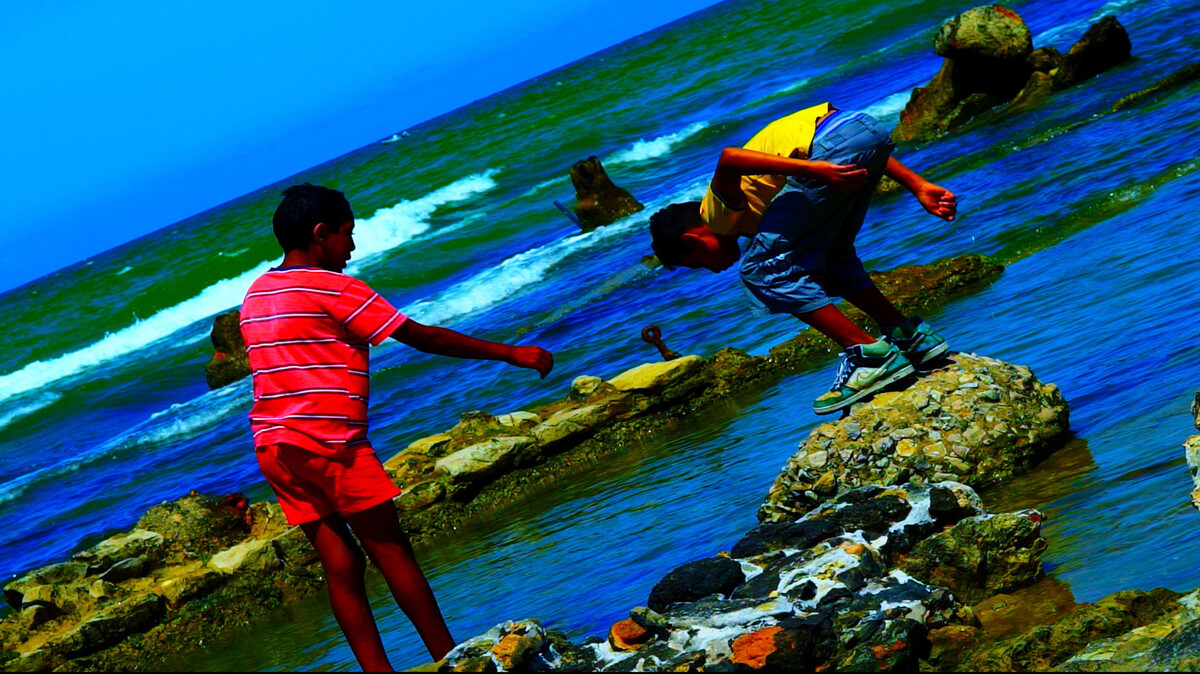 Godard's imagery is distorted, his meaning malleable, but he seems to be implicating, among other things, how Western culture depicts the East, in The Image Book.

Cinema's elders are restless. They want to tell us more things, and we should be thankful for that, because it means we get to keep talking about them. Clint Eastwood is a box-office draw once again with The Mule, while Agnès Varda is enjoying a career resurgence that should only blossom further with her new film this year. The death this week of Jonas Mekas, the beloved poster child of the avant-garde scene, is a reminder of what the movies are in the process of losing if we don't keep this generation in the public conversation.

Movie Review: 'The Mule' Has A Personal Feel To It, Says 'LA Times' Film Critic

And what of Jean-Luc Godard, who may be the most significant figure of the last half-century of cinema? He is still going too — but often it's anyone's guess as to what exactly he is going on about. Having long distanced himself from the cheeky French New Wave films that made him famous and launched a global cinematic revolution, the director's latter-day career is characterized by deeper and deeper journeys into the abstract and the didactic. Yet as his latest effort, The Image Book, demonstrates, Godard remains a force to be reckoned with: someone who, through his very inscrutability, continues to break new ground in the art form he loves. It's up to audiences to decode what he is doing, because he sure as heck won't.

In keeping with a certain strand of the director's late-period body of work, The Image Book is a collage film: a stream of old movie clips, paintings, photographs, classical music snippets, iPhone videos and some original footage, all spliced together and narrated by Godard himself (with some help from collaborators, as the 88-year-old's hands are now too shaky to manipulate the editing equipment). He has long been fascinated with breaking down our basic forms of communication (visual, textual, auditory) until they become unrecognizable; the movie's title comes from the French term for a picture book you would show to a child who doesn't yet know how to read. And the film itself is a malleable form, as Godard plans to turn snippets of it into a museum exhibition.

This compendium is digressive, as you'd expect, but it is broadly concerned with societal collapse: the shared guilt of governments, war profiteers and the people who have captured evidence of their misdeeds on film. "Society is founded on a shared murder," Godard intones in his raspy, tobacco-depleted voice. In particular, Godard is nurturing a long-held fascination he has had with the Arab world, saying, "The world is not interested in Arabs; Muslims, neither." Much of the original footage he shows us comes from the Middle East and North Africa; we glimpse scenes of little boys either playing on or throwing rocks.

In voice-over, Godard quotes polarizing Palestinian-American academic Edward Said's critiques of Orientalism, or the ways in which the East has largely been depicted in the public eye by Western cultural standards. Depiction and its various meanings and subtexts have been the major project of Godard's life: how our filmed images compel us to see the world versus how we should actually see it. Of course, his insistence on seeing the world through his peculiar political extremes means that what he wants us to see should be taken with a grain of salt (ideally, salt that's first been rubbed onto the camera lens to distort the image).

Godard's previous movie, Goodbye to Language, drew admirers outside his usual circles for its striking, counterintuitive use of 3D. But The Image Book runs in the other direction, consciously made with old analog technology and then transferred to digital with all imperfections preserved. So we see a lot of blips to black and the sudden jolts of a different aspect ratio asserting itself as a new format registers, reminding us that all images will age and decay. There are also no actors this time (and, sadly, a smaller role for the director's dog, Roxy), putting the film more in league with Histoire(s) du Cinéma, his '80s-'90s video series on the history of the movies.

Without even the hint of characters to attach to, we watch The Image Book while hyperattuned to the montage technique, which has been Godard's stock in trade dating back to his Nouvelle Vague days. The footage he shows us, whether it's a favorite clip from the Western Johnny Guitar, footage of the trains at Auschwitz or an ISIS recruitment video, has been distorted and reshuffled, hypersaturated or bleached of all color, until it's just barely recognizable. Image and sound are desynchronized so that what we see doesn't have any bearing on what we hear. Yet all of it seems to talk to each other, a century's worth of moving images all exploding together in the timeline.

Perhaps all this sounds alienating, but what's cool about watching a Godard movie today is seeing how much of his style fits right in with modern Internet-meme culture. Social media are their own inherently deconstructive art form, all about lifting, distorting, repurposing and merging many sources into one to create something new. The Image Book mashes up philosophy, terrorism and Salò, or the 120 Days of Sodom just as the "Kim Kierkegaardashian" Twitter account mashes up reality TV stardom, fashion tips and existential despair. And there's little distance between the movie's looping, repetitive narration and whichever brilliant YouTuber recut Mark Zuckerberg's Facebook Live barbecue into a three-minute paean to smoked meats.

In the twilight of the director's career, after so many decades of him tinkering away on whatever suited him, he seems to have swung back around to a spiritual connection with the public imagination. After all this time, we are not much closer to understanding Godard, but he seems to understand us all too well.