Accessibility links
North Korea Prepares For Second Nuclear Summit With U.S. Kim Jong Un praised Trump's "unusual determination" to come to an agreement. A second summit, expected around late February, could be a chance for the two countries to work out crucial details. 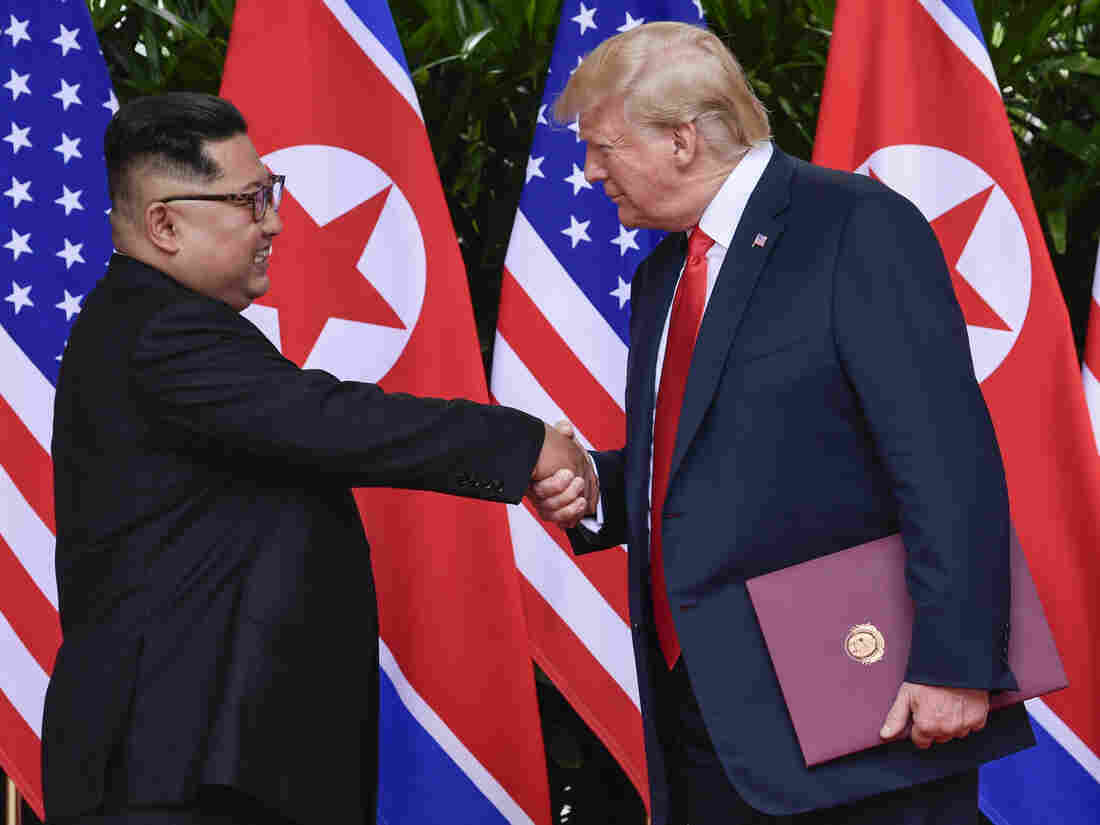 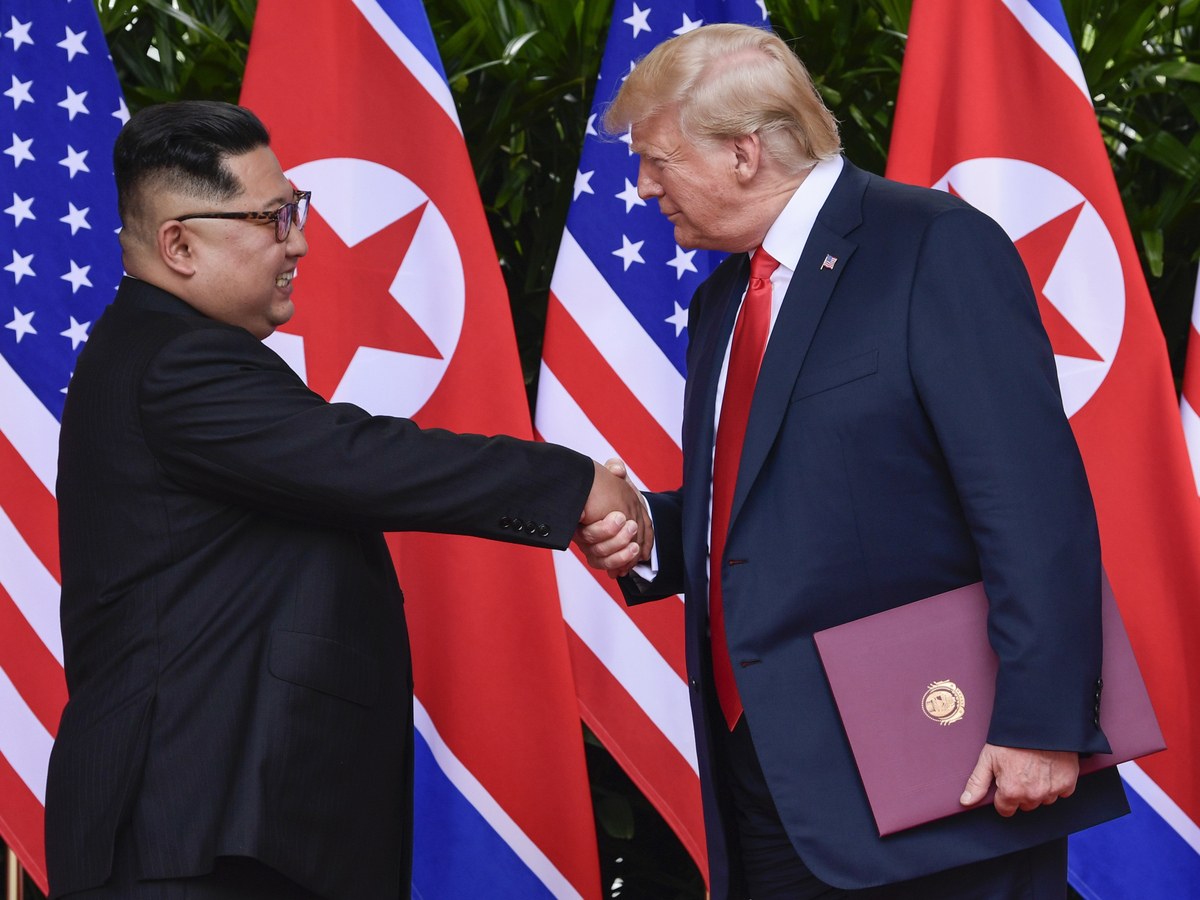 North Korean leader Kim Jong Un has ordered preparations for a second summit with President Trump to discuss the prospect of denuclearization on the Korean peninsula, state media said Thursday.

The first summit, which took place in June, was praised by both leaders as a major step forward, but largely seen by critics as symbolic. Many experts say the summit produced little in the way of actionable plans, with each side unlikely to make concessions significant enough to further progress toward true denuclearization. Since then, high-ranking officials from both countries have engaged in talks aimed at nailing down specifics ahead of a second summit.

North Korea's Kim Yong Chol, the country's lead nuclear negotiator, met with the U.S. president for 90 minutes last week. After the meeting, White House press secretary Sarah Sanders announced that a second summit would take place at the end of February. On Thursday, the North Korean leader said he had received a letter from Trump, and was impressed by Trump's "unusual determination and will" to come to an agreement. Kim promised North Korea would work together with the U.S. to achieve that.

"Kim Jong Un said that we will believe in the positive way of thinking of President Trump, wait with patience and in good faith and, together with the U.S., advance step by step toward the goal to be reached by the two countries," North Korea's news agency said.

The friendly tone is strikingly different from Kim's promise earlier this month to ramp up nuclear weapons development if the U.S. doesn't end sanctions against the country, NPR has reported. And it shows the two sides have come a long way from the time Kim called Trump a "dotard," and Trump taunted Kim as "Little Rocket Man," threatening that North Korea "won't be around much longer." The North Korean foreign minister responded that Trump's tweet amounted to a "clear declaration of war."

North Korea, for its part, says it has already taken numerous actions to show good faith, such as suspending nuclear tests and dismantling some of its nuclear testing sites. However, satellite images show that North Korea is continuing to develop ballistic missiles at several hidden bases, NPR has reported. The New York Times wrote that those images "suggest that the North has been engaged in a great deception."

Experts have reported little progress toward the goal of "denuclearization" of North Korea since the first summit, NPR has reported. "We're at an impasse where we're not going to give North Korea what they want, and the North Koreans are not giving us what we want," Jung Pak, a senior fellow at the Brookings Institution, told NPR in November.