Accessibility links
California Investigation Finds PG&E Blameless In Massive 2017 Wine Region Wildfire Power transmission lines owned by the beleaguered utility company are still the focus of an investigation into the cause of the Camp Fire in 2018. 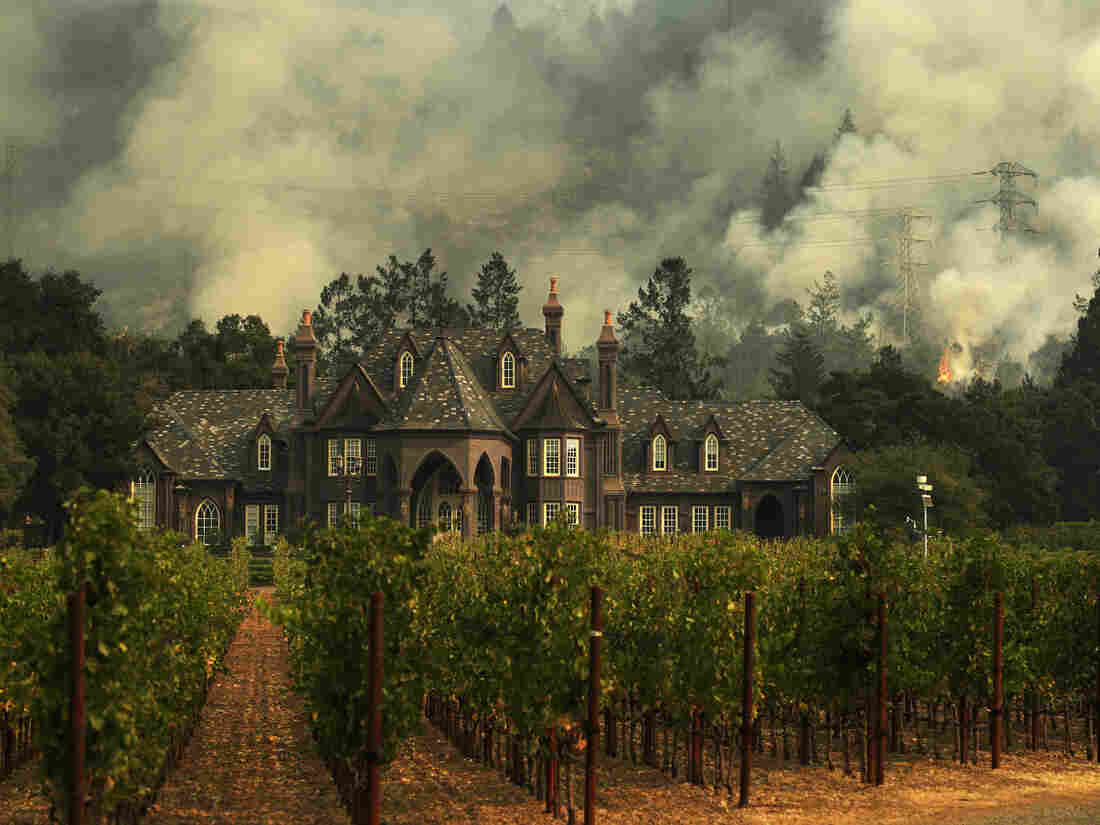 The Tubbs wildfire burns behind a winery in Santa Rosa, Calif., in 2017. A state report finds that it was caused by privately owned utility lines. Jae C. Hong/AP hide caption 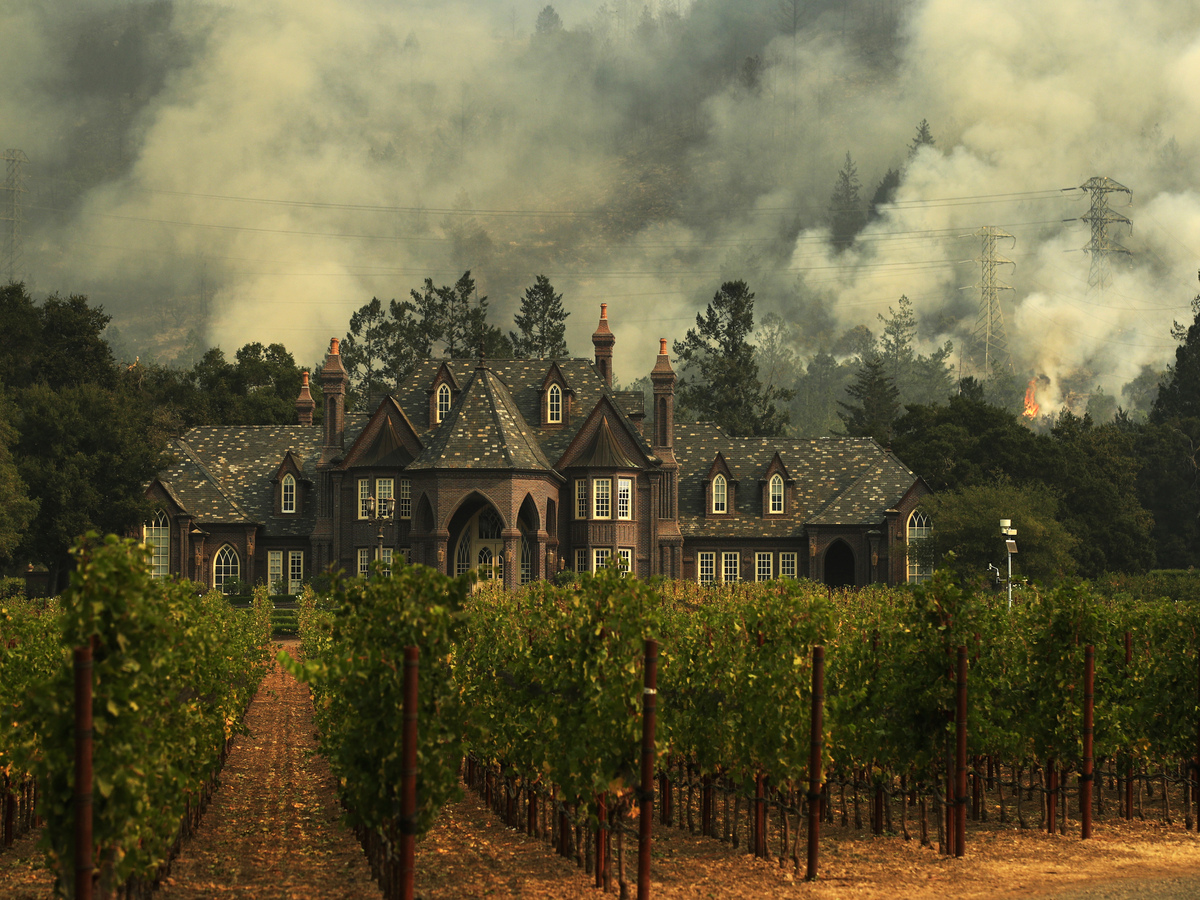 The Tubbs wildfire burns behind a winery in Santa Rosa, Calif., in 2017. A state report finds that it was caused by privately owned utility lines.

California state fire investigators say that a 2017 wildfire that killed 22 people in Sonoma county was ignited by a private electrical system and not by utility giant Pacific Gas and Electric.

"After an extensive and thorough investigation, CAL FIRE has determined the Tubbs Fire, which occurred during the October 2017 Fire Siege, was caused by a private electrical system adjacent to a residential structure. CAL FIRE investigators did not identify any violations of state law, Public Resources Code, related to the cause of this fire," said a statement released Thursday.

Some details about the source of the fire and personal information about the witnesses interviewed were redacted from the official report.

The Tubbs Fire burned a total of 36,807 acres and destroyed 5,636 structures in both Sonoma and Napa counties, in addition to the 22 fatalities, the statement added. One firefighter was injured. It was one of the deadliest fires in state history.

The report's conclusions come as welcome news to PG&E as it is expected to file for bankruptcy protection next week in the face of potential liabilities of billions of dollars related to the 2018 Camp Fire that destroyed the Northern California town of Paradise. The investigation into the cause of that fire is still ongoing.

In a statement the company said,

"The devastating and unprecedented wildfires of 2017 and 2018 have had a profound impact on our customers, employees and communities. Regardless of today's announcement, PG&E still faces extensive litigation, significant potential liabilities and a deteriorating financial situation, which was further impaired by the recent credit agency downgrades to below investment grade. Resolving the legal liabilities and financial challenges stemming from the 2017 and 2018 wildfires will be enormously complex and will require us to address multiple stakeholder interests, including thousands of wildfire victims and others who have already made claims and likely thousands of others we expect to make claims."

The Tubbs Fire was one of more than 170 wildfires the state battled in October 2017.