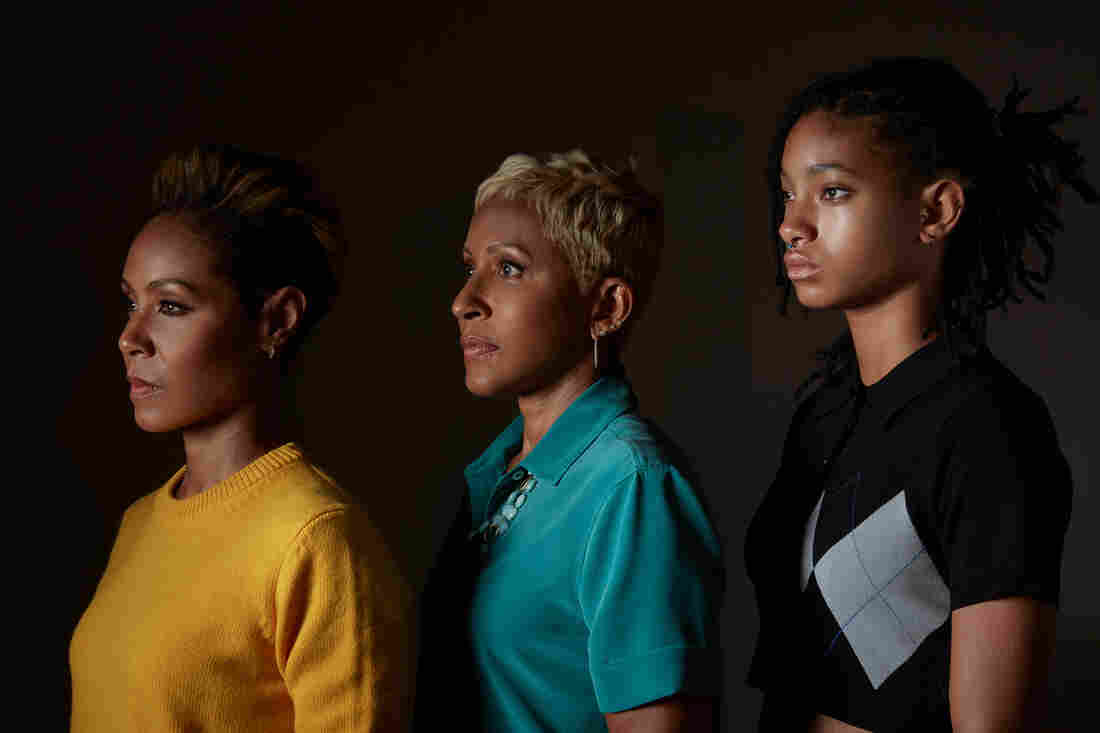 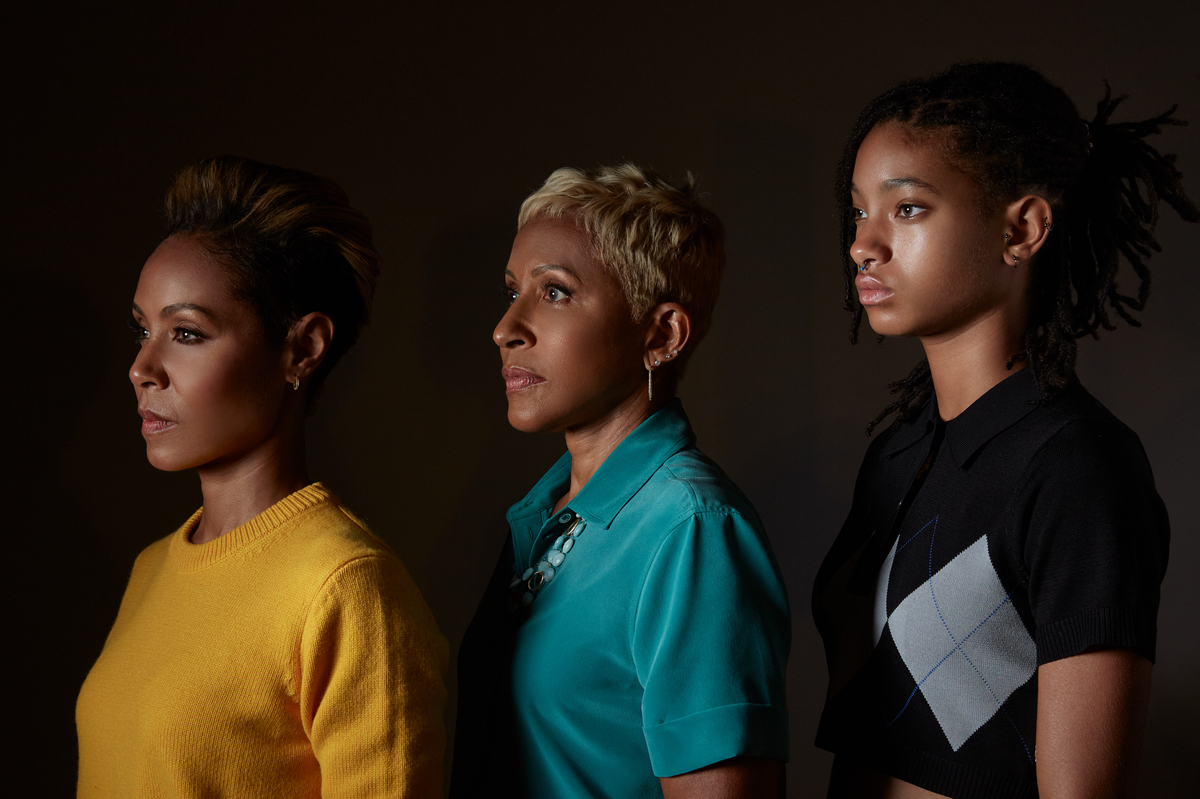 The hosts of Red Table Talk are (from left) Jada Pinkett-Smith, her mother, Adrienne Banfield-Norris, and her daughter Willow Smith.

Jada Pinkett-Smith has been on a lot of screens.

She's been a steady presence on television since the early '90s: Think A Different World or Gotham. Her movie roles have varied widely: Set It Off, or the Matrix sequels, or Girls Trip. She has produced a new film, Hala, set to premiere this weekend at the Sundance Film Festival.

She's also on the screen of your laptop or smartphone.

Her Facebook Watch series, Red Table Talk, is now more than 20 episodes into its first season. Every week, she and her mother Adrienne Banfield-Norris, and daughter Willow Smith, sit down for discussions on often complex and emotional topics. This season alone has covered mental health, race relations, addiction, divorce and forgiveness.

"I guess at this point in my life, I've really been doing a lot of interior work," Pinkett-Smith says in an interview. "And I just realized that in part of my growth, the women and the people who had the courage to be very transparent with me with certain aspects of their journey really, really helped my journey tremendously. I was like: Why don't we talk about this more often? Why is it such a secret of what people go through?

"And so I was like: I really want to create conversation where people don't have to feel like they're alone. And whatever pieces individuals can take with them to make whatever changes they might feel is necessary for more happiness, more joy, more peace — I want to be part of that journey."

People have a lot of romantic and fantasy ideas around relationships. And considering the powerful journey that [husband Will Smith] and I have been taking together, I really thought it was important to shatter, you know, whatever façade had been out there. Now that I'm older, and with all the work that I've done, I feel like I have the capacity to be more transparent — and luckily enough, so does my family. So just because there are certain things that we talk about on the Red Table doesn't mean that we don't have boundaries. But I don't see the necessity to hold on to knowledge of certain experiences that we've had.

On the disagreements in the episode titled "The Racial Divide: Women of Color & White Women"

Considering the era in which [my mother] grew up, as well, that she had to experience very different things than what Willow and I have had to experience ... The idea that even though Willow hasn't had the same experiences as my mother, that some of her views were pretty similar.

On the episode "Surviving Loss"

You know, I had literally lost a friend on that tape day. A friend died literally before we started taping that day. And that particular episode, I got to learn, you know, about some struggles that Willow had been going through. So I lost a friend, but I also gained some really deep insight about love and child-rearing, and that was that we can't always be with our children in their darkest moments, but that if we pour as much love as we can into them, that love remains, and that love can help them pull through dark moments. And that's what's important. And at the Red Table, that's what we try to share.

On a topic the show is still trying to figure out

There's a couple topics on infidelity. ... We're looking at different doctors and different specialists to come and talk about infidelity, you know, and how to actually produce it, and who will be willing to come and talk about experiences of infidelity. It's tough, it's tough. And it's sensitive. There's far more complex explanations than sex-crazed men who don't know how to control themselves or blah blah blah blah. So ... I think we have a very interesting perspective about it, and I think that it'll be a fiery show, to say the least.

Sydney Harper and Ashley Brown produced and edited this interview for broadcast. Patrick Jarenwattananon adapted it for the Web.