Accessibility links
Auto Safety Features Have Too Many Different Names, AAA Says Auto manufacturers use a wide range of names to describe similar features — like adaptive cruise control, which has been branded by at least 20 different terms. The result? Driver confusion, AAA says.

A Safety Feature By Any Other Name Can Really Be Confusing, AAA Finds

A Safety Feature By Any Other Name Can Really Be Confusing, AAA Finds 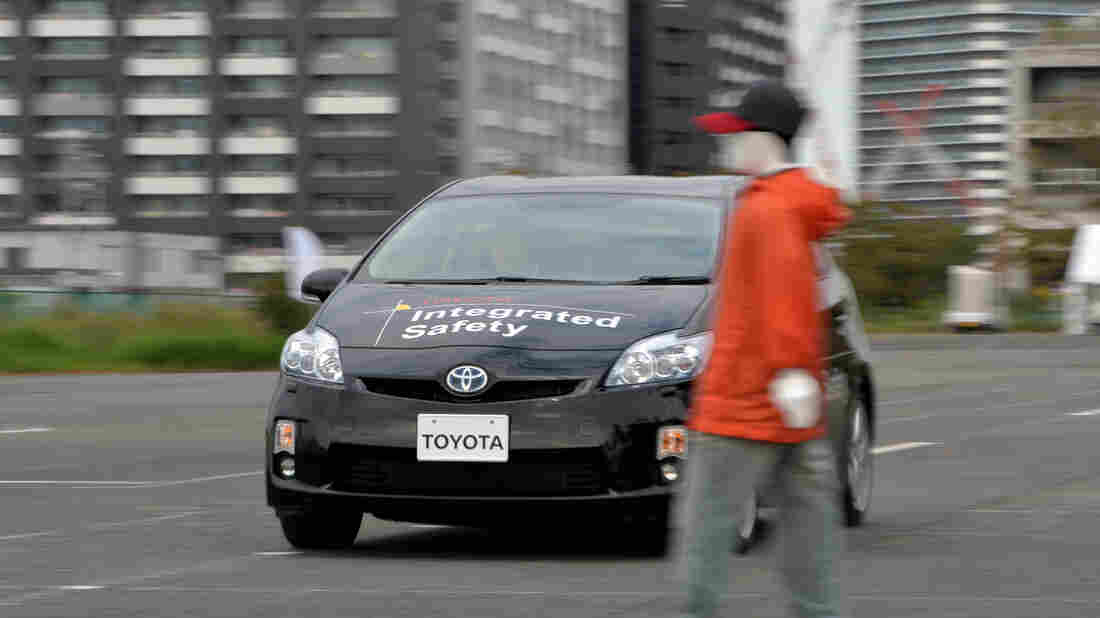 Toyota demonstrates its "pre-collision system," which uses automatic steering in addition to automatic braking to prevent collisions, in Tokyo in 2013. Different manufacturers use different names for systems like this, which can be confusing, a AAA report found. Yoshikazu Tsuno/AFP/Getty Images hide caption 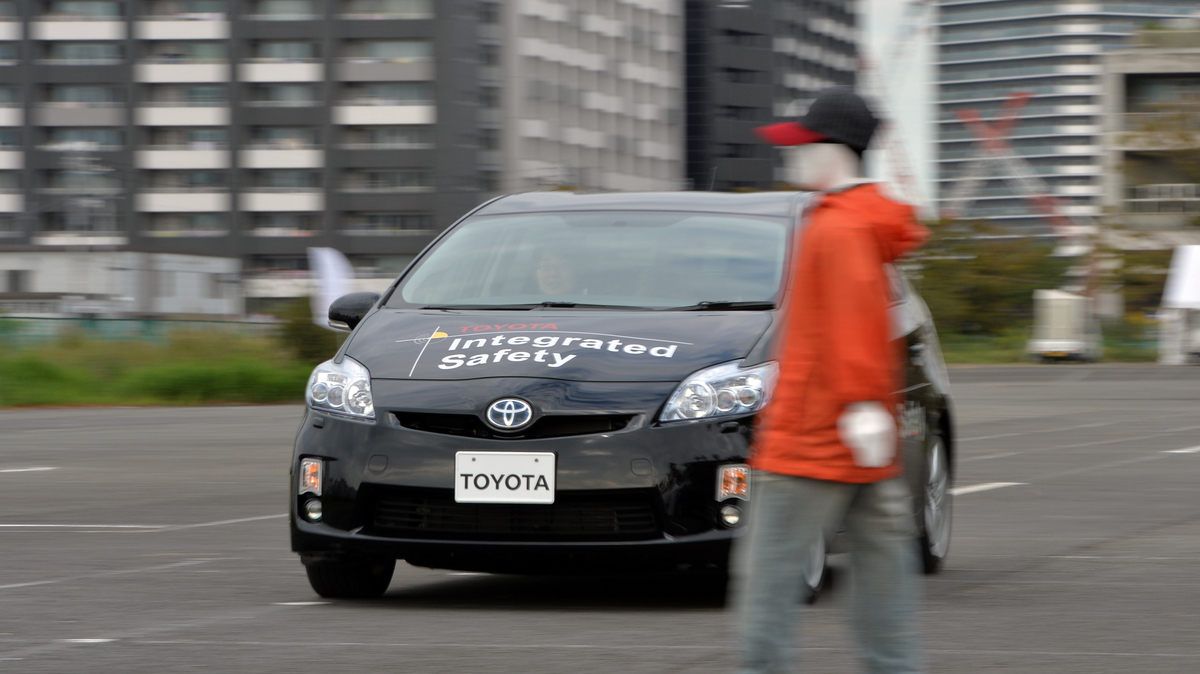 Toyota demonstrates its "pre-collision system," which uses automatic steering in addition to automatic braking to prevent collisions, in Tokyo in 2013. Different manufacturers use different names for systems like this, which can be confusing, a AAA report found.

But manufacturers have also invented a wide range of names for those features — creating confusion for shoppers and renters who just want to know what a car can do.

AAA examined 34 vehicle brands for model year 2018 and found a confusing morass of terms for driver assistance systems. Think of cars that can warn drivers if someone's in their blind spot, or help steer a car to keep it in the middle of its lane, or automatically hit the brakes if a driver is about to crash into something.

These features are increasingly common. More than 92 percent of new cars offer at least one as an option, AAA says, while automatic emergency braking is a standard feature on more than 30 percent of new car models.

But as the technology proliferates, so do the number of unique names for essentially identical features.

One manufacturer's "advanced blind spot monitoring" is another's "lane change assistant." Which should not be confused with "lane assist," which, in another car, might be called "intelligent lane intervention." (One is a warning if someone is in the lane beside you; the other takes over your steering to keep you within the lines. Did you guess as much from the names?)

Then there's adaptive cruise control: Instead of just keeping a constant speed, a car adjusts its acceleration and braking to keep a constant distance behind the car in front.

And if 20 names sounds like a lot, consider collision mitigation or automatic emergency braking — a system that hits the brakes for you if you're about to collide with something.

To add to the problem, while many of the automatic braking systems are very similar, they're not perfectly consistent.

"Some of those systems will bring the car to a complete stop, if physics will allow it — 0thers will just slow the vehicle down a little bit before making an impact," Brannon says. "The driver is left to try to figure out what those differences are."

"What we're proposing is that some standardized naming could help that situation quite a bit," he says.

"This is not a frivolous issue of semantics," the magazine wrote in October. "Clear terminology is critical to a consumer's ability to make an informed purchasing decision."