Accessibility links
Bones Of Famed British Explorer Found During Construction Of U.K. Train Line Capt. Matthew Flinders led the first circumnavigation of the continent whose name he would go on to popularize: Australia. 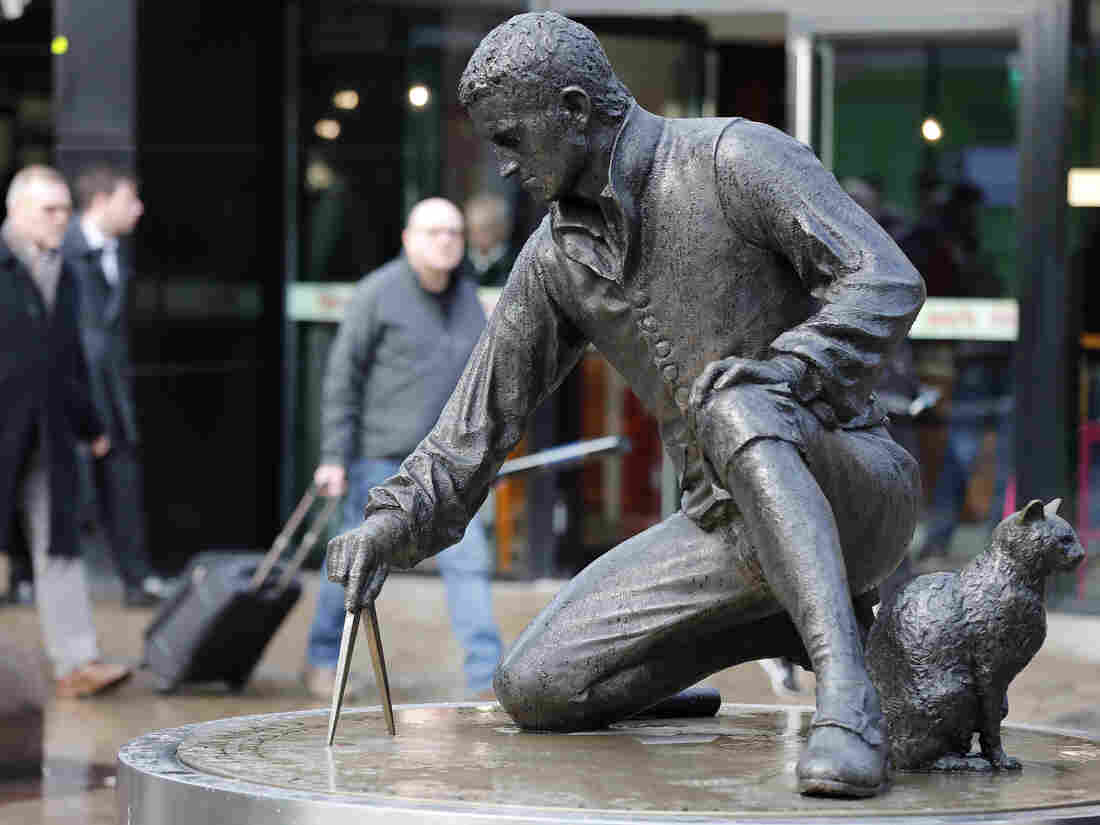 The Matthew Flinders statue at Euston Railway station in London. His cat Trim is portrayed on the right. Frank Augstein/AP hide caption 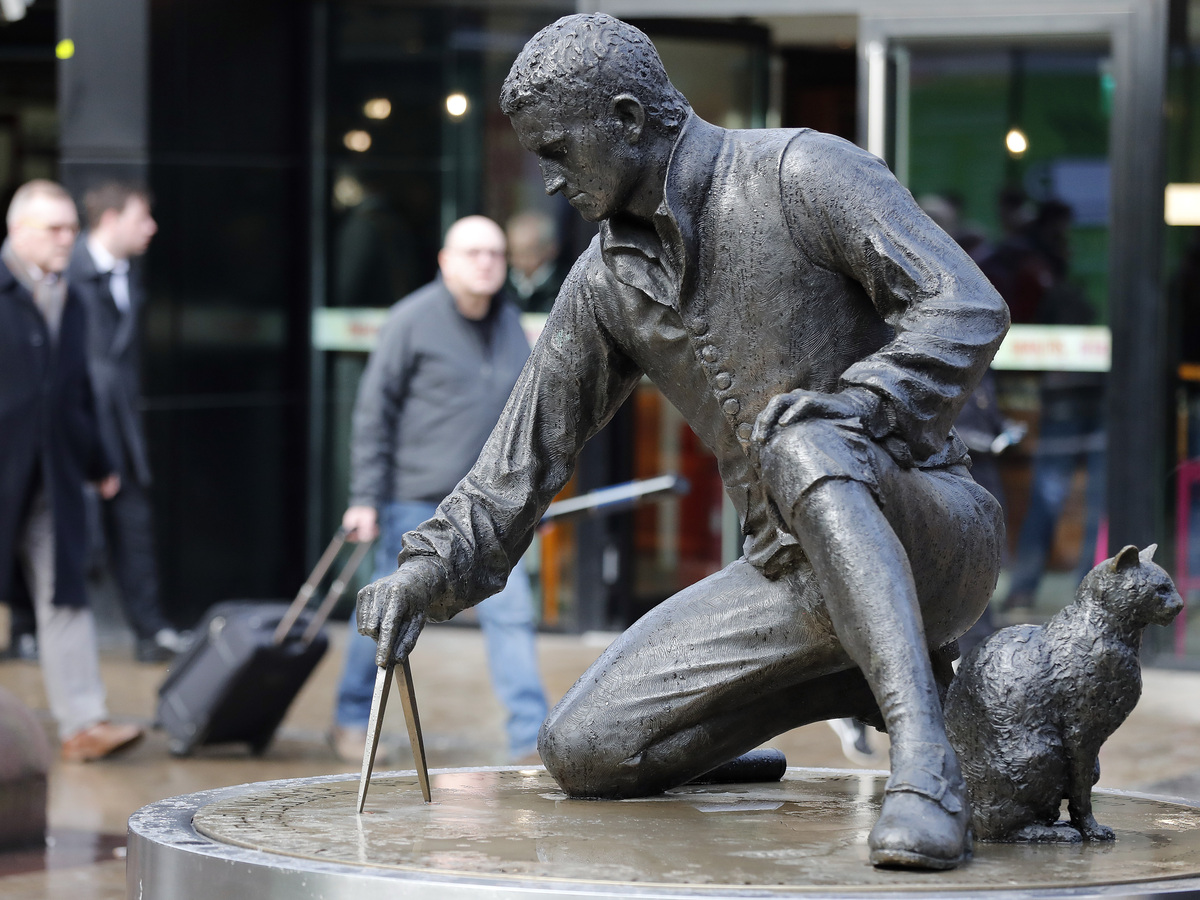 The Matthew Flinders statue at Euston Railway station in London. His cat Trim is portrayed on the right.

Britain is carrying out its largest-ever archaeological dig, courtesy of construction on a multibillion-dollar, high-speed rail system to speed passengers between Britain's biggest cities.

But last week, workers in London unearthed a traveler from a different era when they found the remains of Capt. Matthew Flinders. The British explorer led the first circumnavigation of the continent whose name he would go on to popularize: Australia. 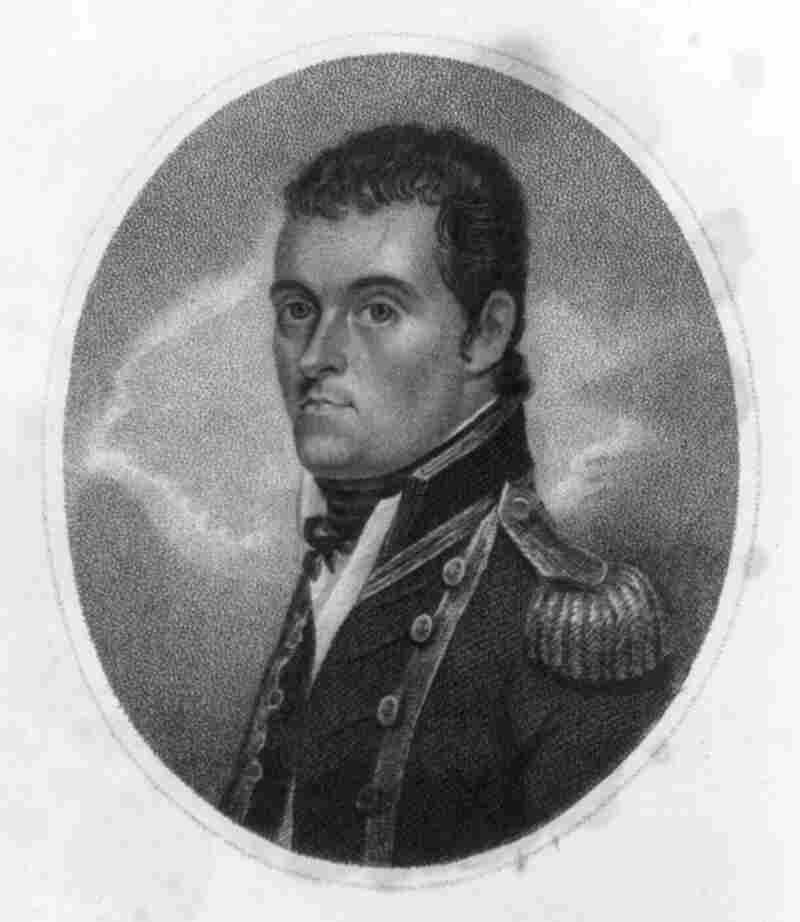 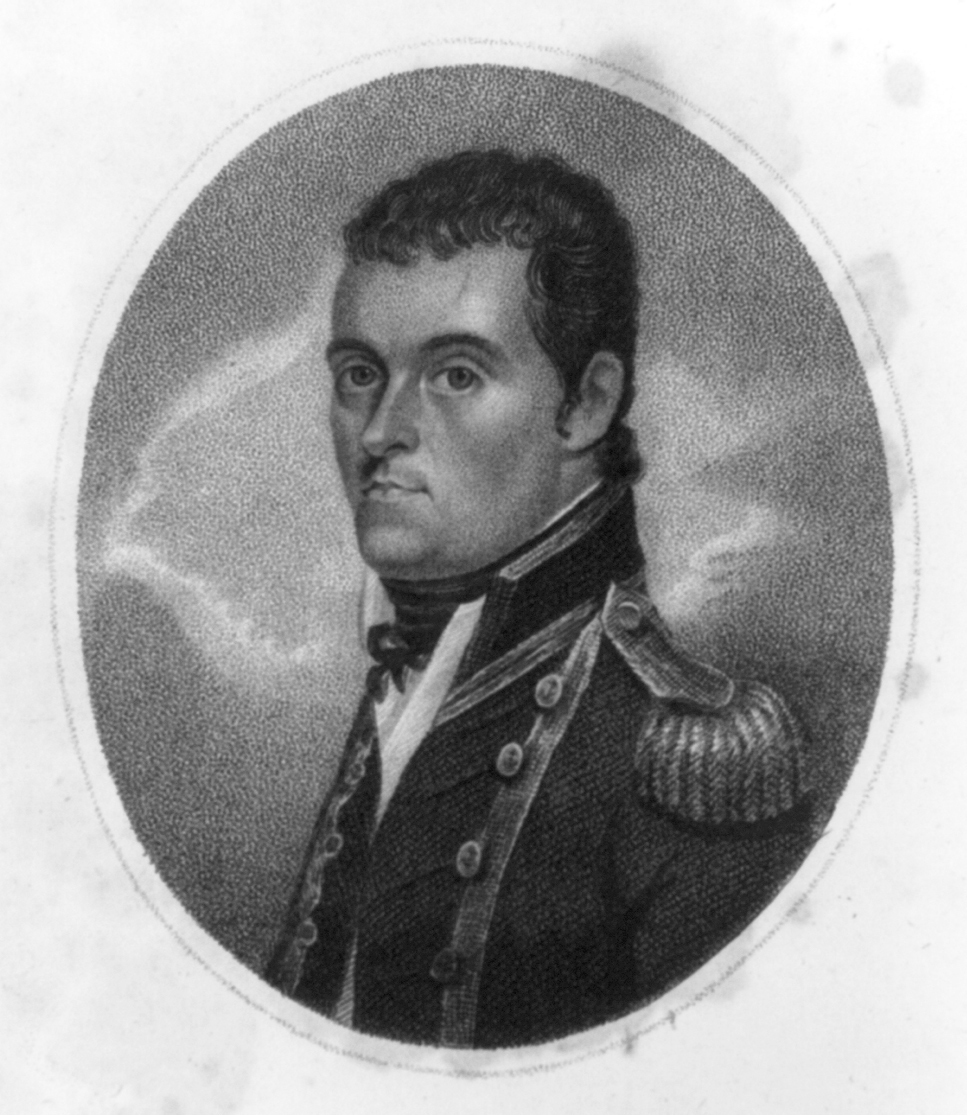 Matthew Flinders' remains have been exhumed in London.

The announcement was made Friday by HS2, the company building the $70 billion-plus railway project, which says more than 60 historical sites will be excavated over the next two years. It will involve more than 1,000 archaeologists, specialists, scientists and conservators, according to HS2.

Archaeologists in London have been working under a giant temporary shelter to exhume and move at least 40,000 human remains from St James's Gardens, a former burial ground. Flinders' headstone had been moved from the cemetery during the 1840s and his remains had been presumed missing.

"Given the number of human remains at St. James's, we weren't confident that we were going to find him," Helen Wass of HS2 said in a statement. 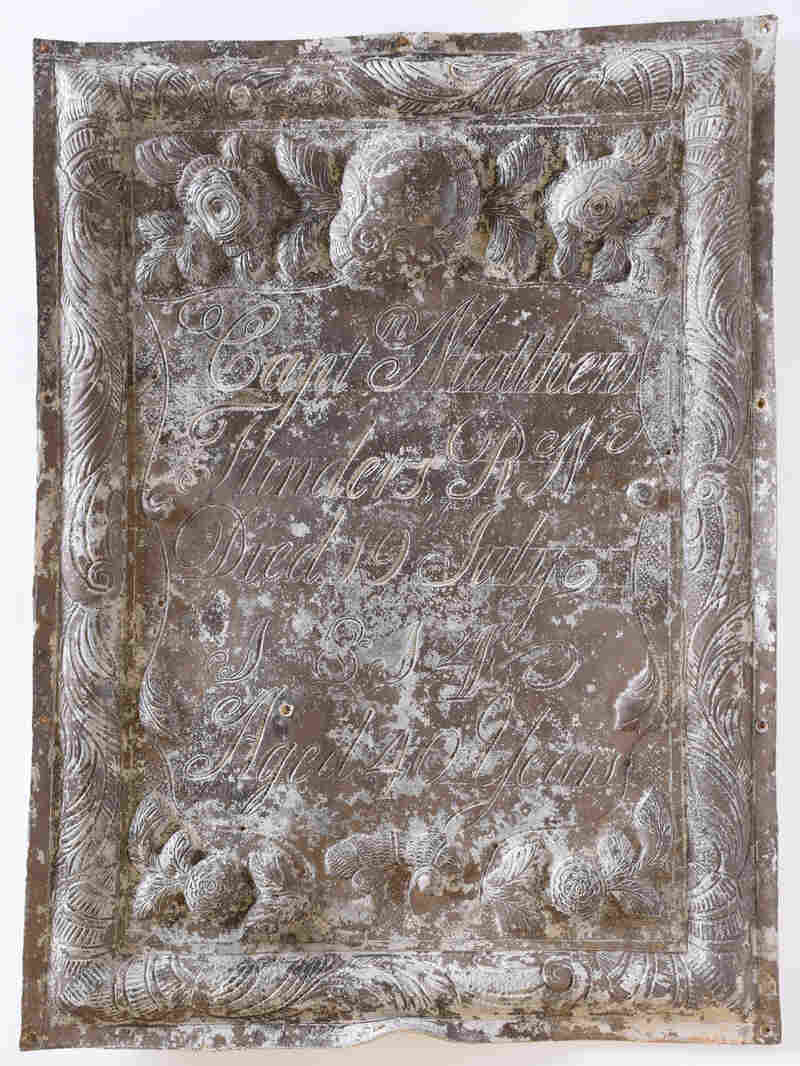 A lead plate bearing the name of British explorer Capt. Matthew Flinders was uncovered along with his remains in London. Simone Rauxloh/MHI hide caption

Then, they discovered an ornately engraved lead plate with a well-preserved and unmistakable inscription: "Capt Matthew Flinders."

While Flinders' fame has largely faded in Britain, he is still legendary in Australia, The Guardian reports:

"As the first person to circumnavigate the continent and the explorer who popularised its name, Flinders is a figure of national importance in Australia, where a mountain range, two national parks, a university in Adelaide and one of the main streets of Melbourne, among many other things, are named after him. As such, said the country's high commissioner to the UK, George Brandis, the discovery of his remains is 'a matter of great importance to Australia.' "

Flinders joined the British Royal Navy at age 15, in 1789. Several years later, he was sent to present-day Sydney where he developed an interest in the area's geography. He returned home to Britain and successfully pitched a circumnavigation of the landmass whose full extent was still unknown to his countrymen, according to Royal Museums Greenwich. They note that the Flinders expedition, which lasted from 1801 to 1803, was one of the first "organised to try to open up lands for colonial expansion."

The region had been known as "Terra Australis Incognita" or "Unknown South Land" according to the National Library of Australia. It was later named "New Holland" by Dutch explorers. But after Flinders' expedition, he wrote "Australia" on a map and the name stuck. 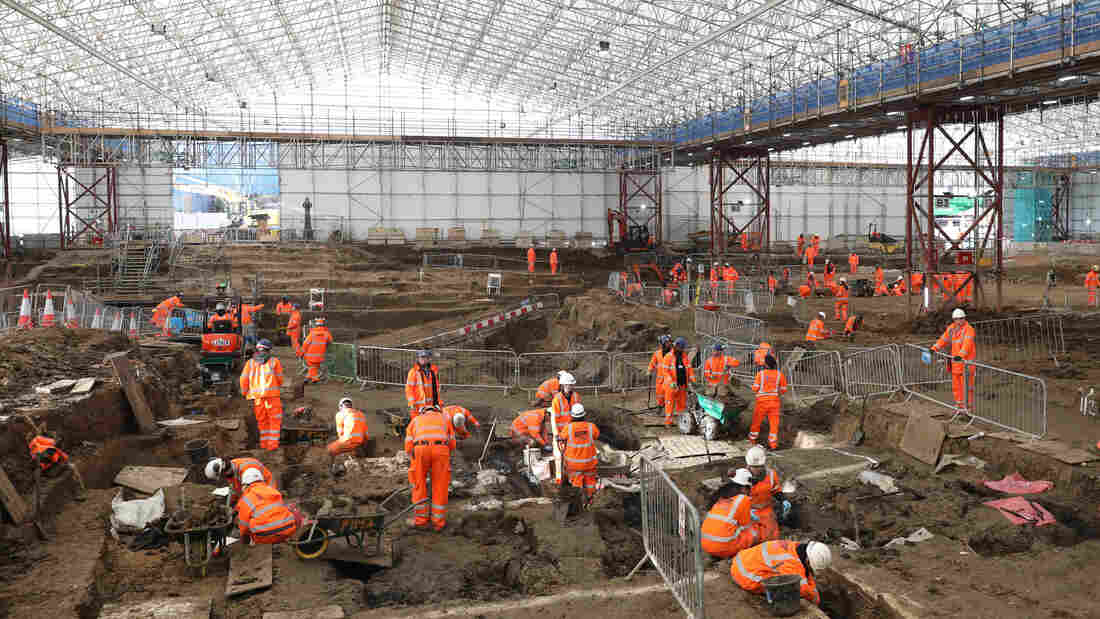 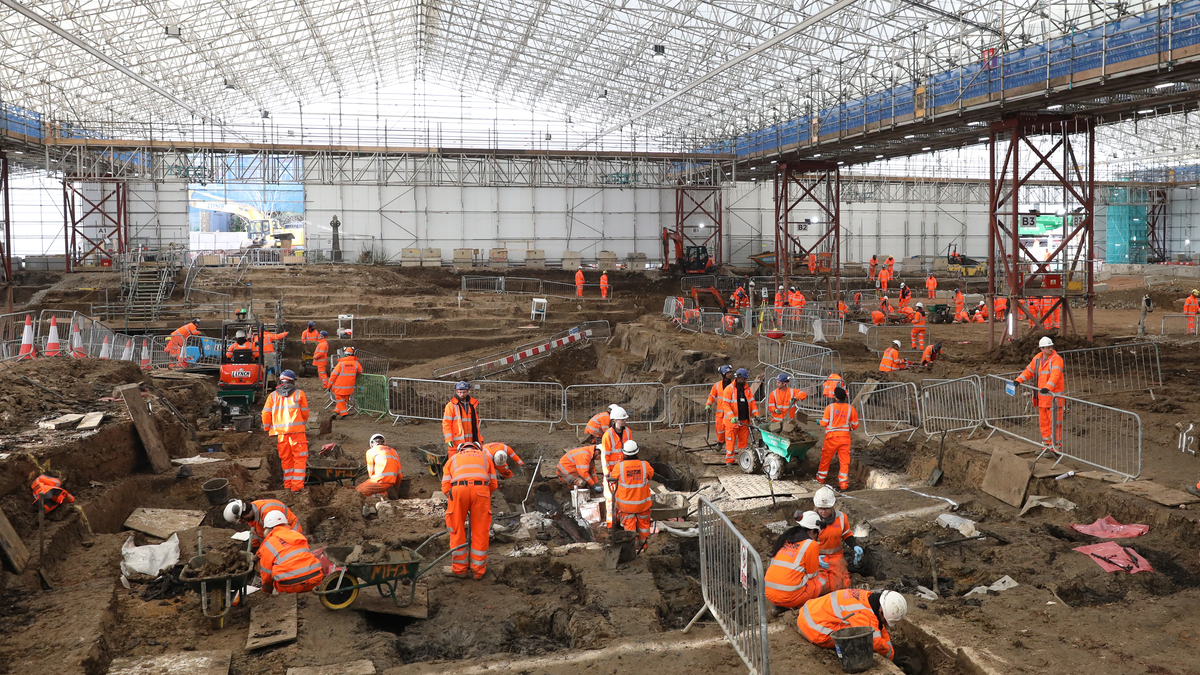 While Flinders got credit for that voyage, he was accompanied the entire way by an indigenous man named Bungaree, according to Australia's ABC broadcaster. Bungaree, an interpreter and guide, simultaneously became the first Australian to sail around the continent.

"The Aboriginal history of Australia is overlooked. There are many Aboriginal people who also were great explorers and contributed [alongside Matthew Flinders]," indigenous archaeology professor Claire Smith told the ABC. She works at Flinders University in Adelaide, Australia, where she says memorials to the British explorer abound.

"If we also had statues of the great Aboriginal people who have fought for land rights, who have worked with people, Europeans, early on in the explorations, then that would change our consciousness of Australia," she added.

The expedition offered Flinders the chance to work on a more personal project, reports the BBC, he was able to complete a biography of his beloved travel companion, a cat named Trim.

A statue of the explorer unveiled by Prince William in 2014 in London shows Flinders crouched over a map of Australia, Trim by his side. In the biography, Flinders says Trim disappeared unexpectedly and that he suspected the cat was eaten by a starving slave.

Flinders, on the other hand, will be re-interred at a yet-to-be determined site, says HS2.