Accessibility links
Teen Inspires Youth Demonstrations Across Europe, Demanding Action On Climate Change 16-year-old Greta Thunberg has been the inspiration for many of the protests. She has staged weekly protests on the steps of the Swedish Parliament and spoke this week at Davos. 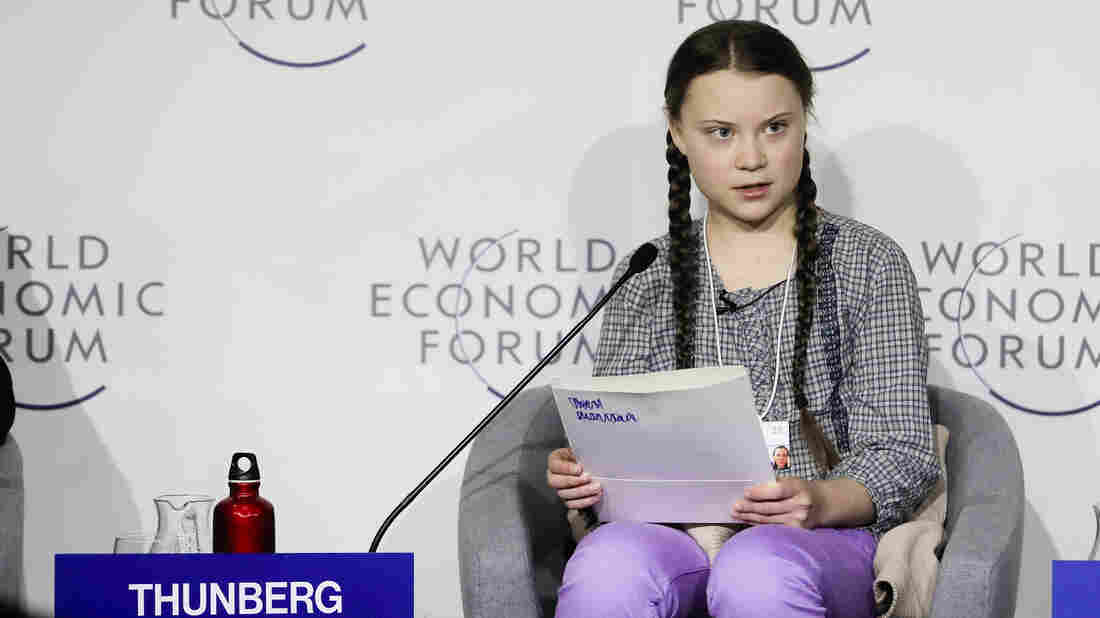 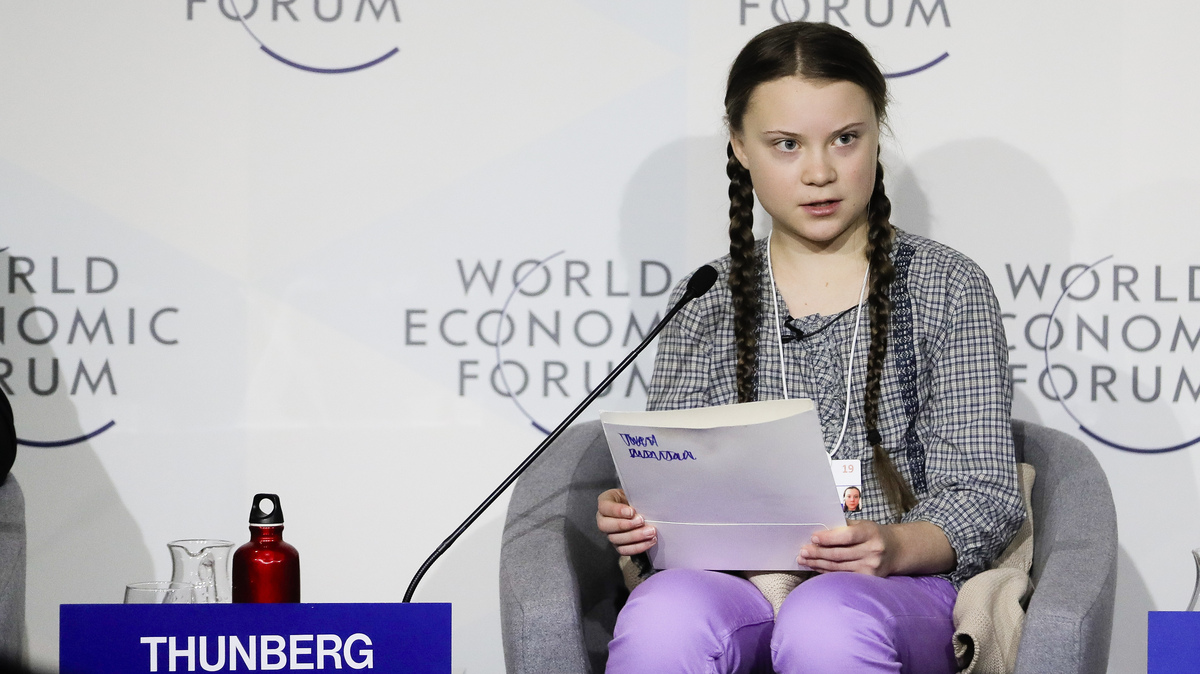 A Swedish teenager had a stark message for global elites at the World Economic Forum in Davos this week. Sixteen-year-old Greta Thunberg spoke about climate change during a Thursday luncheon at the forum to an audience which included Bono, Jane Goodall and Will.i.am.

Thunberg later told the BBC, "My message was that most emissions are caused by a few people, the very rich people, who are here in Davos."

"These people have very much power, they could really change something, so I think they have a huge responsibility," Thunberg continued, "They need to put their economic goals aside to safeguard the living conditions of humankind in the future."

Thunberg is one of many teenagers and children who have led rallies across Europe demanding action on climate change. Her campaigning has inspired some of the protests which have been gaining momentum.

In Brussels, teenagers marched last week, with some carrying banners which read, "Dinosaurs thought they had time too."

In Switzerland, students went on strike and refused to go to class a week ago in favor of climate protection.

German students have been organizing protests over Twitter using the hashtag #FridaysForFuture.

Many of the protesters say they are inspired by Thunberg's activism, and that they are not only participating in demonstrations, but changing key aspects of their lifestyle.

Seventeen-year-old Belgian activist Anuna De Wever told The Brussels Times that "everyone has a role to play." The newspaper reports De Wever "takes public transport everywhere, is a vegetarian, flies as little as possible and turns down the heating and wears heavier clothing – all examples anyone can follow."

Since September Thunberg has sat on the steps of Sweden's parliament building on Fridays, in protest.

"She is demanding that the government undertake a radical response to climate change," reports The New Yorker.

Thunberg told the magazine, "The politics that's needed to prevent the climate catastrophe—it doesn't exist today. We need to change the system, as if we were in crisis, as if there were a war going on."