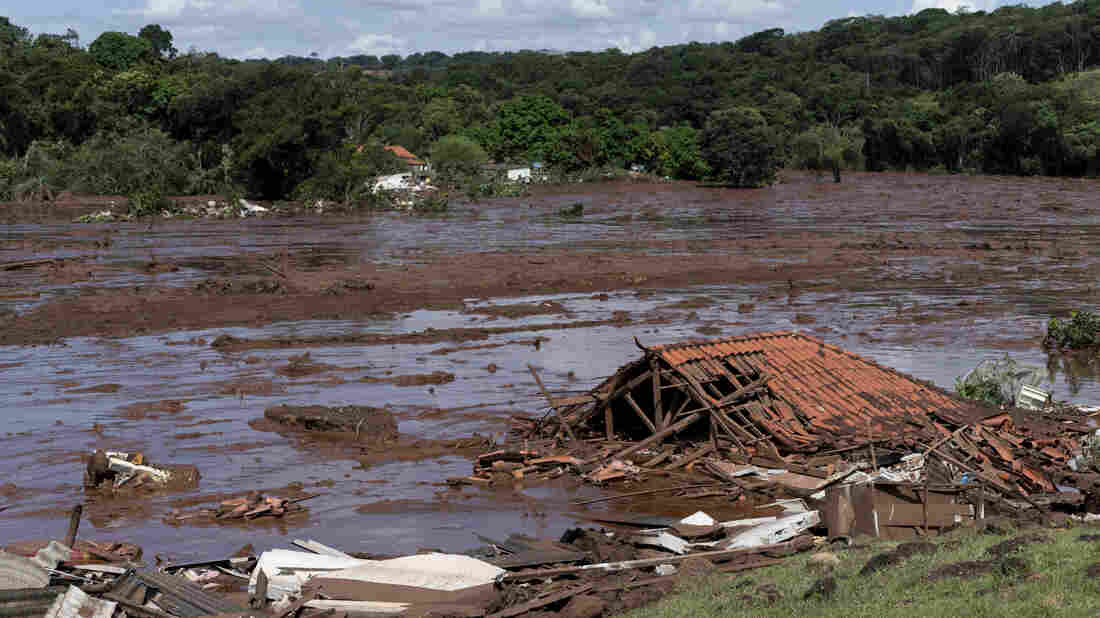 A home lies in ruins after a dam collapsed near Brumadinho, Brazil, on Friday. Leo Drumond/AP hide caption 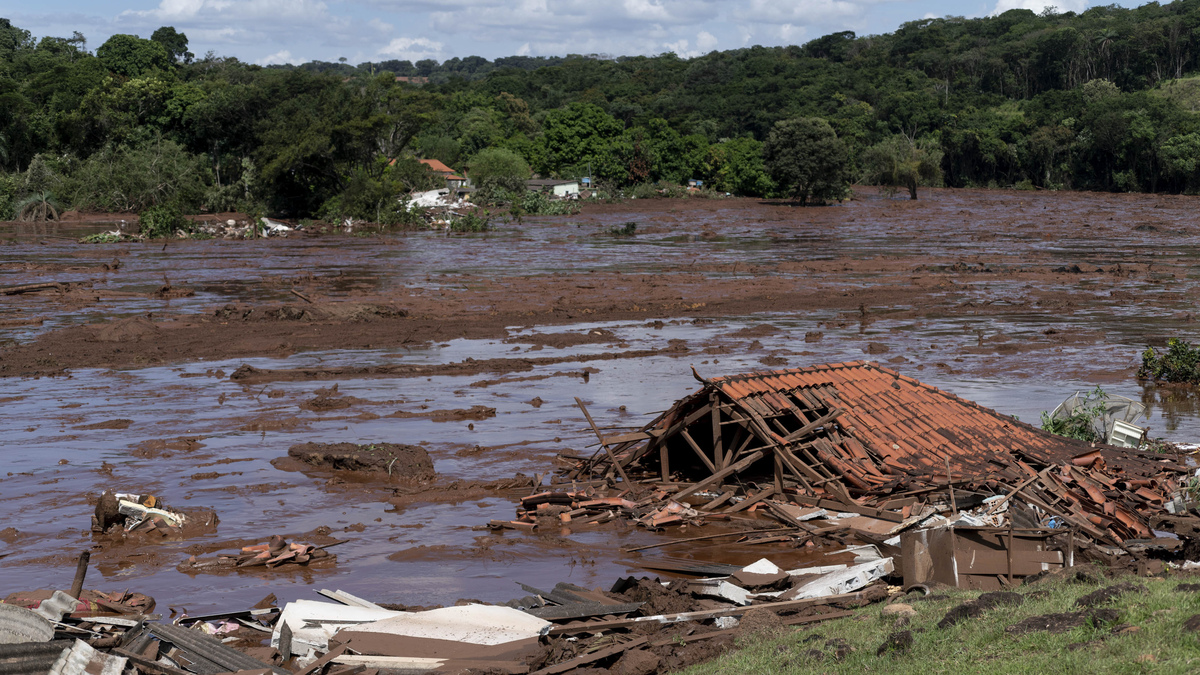 A home lies in ruins after a dam collapsed near Brumadinho, Brazil, on Friday.

The death toll from the collapse of a dam near the southeast Brazilian city of Belo Horizonte rose to 58 on Sunday as searchers laboring in deep mud uncovered more bodies. Several hundred people are still reported missing.

Fire officials at one point estimated 300 people are still missing, the Associated Press reports. Authorities renewed search and rescue efforts on Sunday, after the operation was briefly halted over fears of a second dam failure. The AP says that by afternoon, the second dam was no longer under threat, according to civil engineers.

Areas of water-soaked mud appeared to be drying out, which could help firefighters get to areas previously unreachable. Late Sunday, more than 100 Israeli soldiers and other personnel arrived with plans to join rescue and recovery efforts Monday.

The dam is owned by the mining giant Vale, which also operates a nearby iron ore mine. Vale's CEO, Fábio Schvartsman, said roughly 300 workers were on site at the time of the rupture.

"Someone is definitely at fault," Brazil's Attorney General Raquel Dodge said, while promising to investigate, according to the AP.

Video footage from the site showed a helicopter rescue crew hovering over a wide field of reddish-brown mud, struggling to pull victims free.

The river of sludge forced the evacuation of some residents. This local TV footage shows a rescue mission. #Brumadinho pic.twitter.com/sfNTDAaiQy

In a statement, Vale confirmed the dam breach at the Feijão Mine in Minas Gerais state. It's not clear why the dam ruptured.

"The first information indicates that the tailings has reached the companies administrative area and part of the Vila Ferteco community," it said.

Schvartsman has apologized for the disaster, calling it "unacceptable," according to the Brazilian newspaper O Globo. He said that the dam was stable but in the process of being decommissioned. The company says it has initiated its "emergency plan for dams."

Before and after photos of the area show a wide expanse of trees, fields, roads and buildings leveled by the river of sludge.

In 2015, 19 people were killed when another Brazilian dam overseen by Vale — along with the mining company BHP Billiton — collapsed, according to the AP. It was described as the worst environmental disaster in the country's history, causing widespread contamination of waterways. The companies reached a multibillion-dollar settlement last year with Brazilian authorities over the collapse.

That dam reportedly had a far greater capacity than the one that collapsed Friday.

Jair Bolsonaro, Brazil's recently-elected president, announced on Twitter that he was sending his Secretary of Civil Defense and his environmental minister to the scene, along with other top officials; Bolsonaro will travel to the affected area on Saturday.