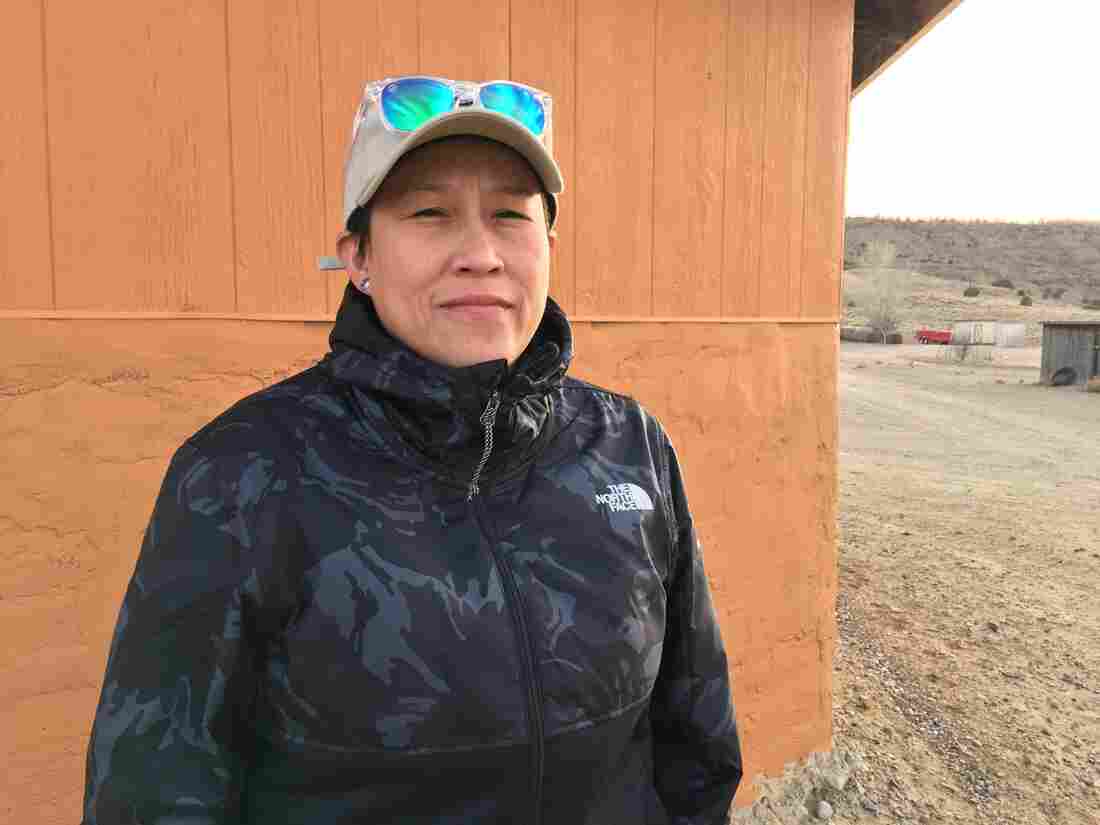 Michelle Sherman attempted suicide as an 11-year-old. Navajo LGBTQ youth are three times as likely to attempt suicide as their white counterparts, according to a Diné Policy Institute study. After she gets her bachelor's degree, Sherman plans to come back to the Navajo Nation to help other youth like her. Laurel Morales/KJZZ hide caption 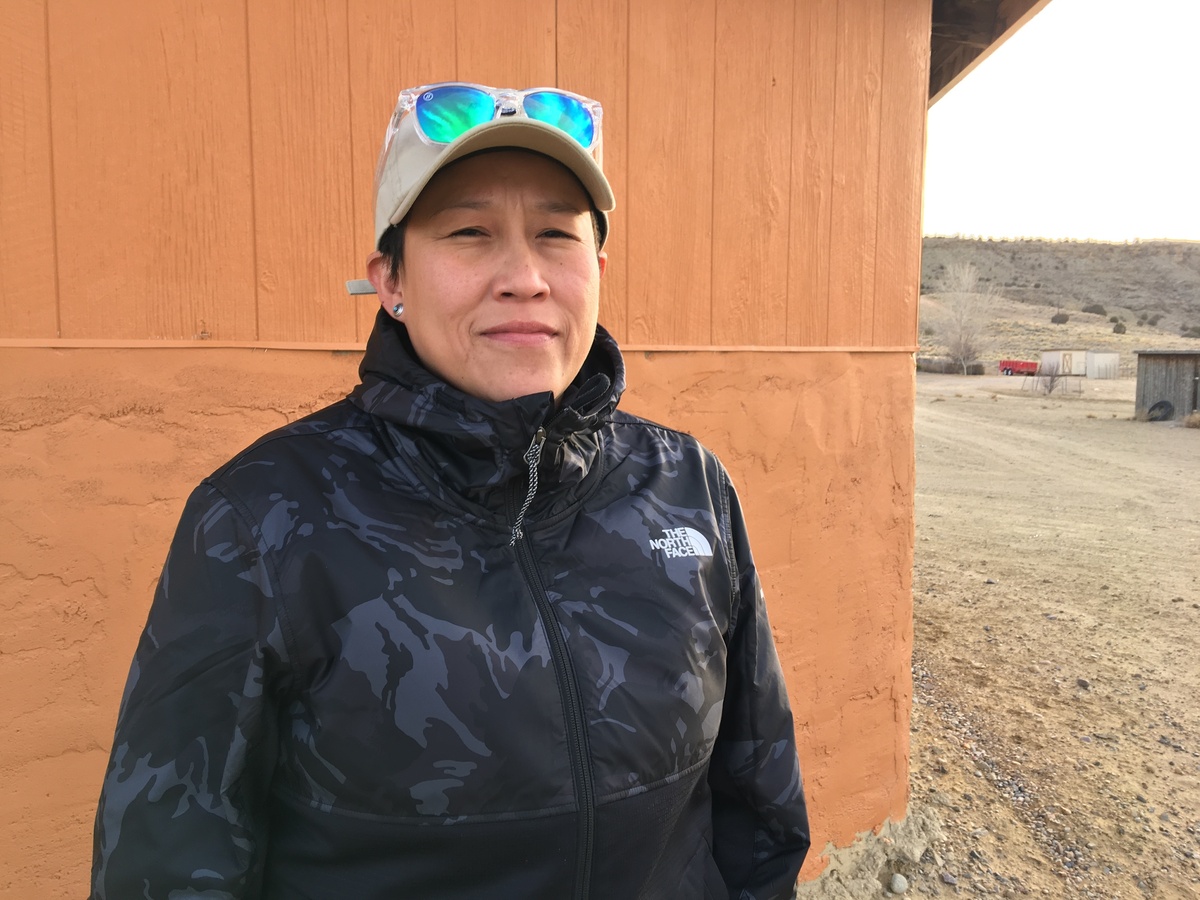 Michelle Sherman attempted suicide as an 11-year-old. Navajo LGBTQ youth are three times as likely to attempt suicide as their white counterparts, according to a Diné Policy Institute study. After she gets her bachelor's degree, Sherman plans to come back to the Navajo Nation to help other youth like her.

When she was 5 years old, Michelle Sherman learned exactly what her mother thought of gay men.

"I remember seeing two guys holding hands, and then my mom's like, 'Oh, that's disgusting,' and so I was like, 'OK, maybe it is disgusting,' " Sherman says.

But then she realized she was attracted to girls and began to believe something was wrong with her too. At just 11 years old, Sherman attempted suicide.

Nationwide, the share of gay, lesbian and bisexual teens who attempt suicide is high — 23 percent. For Navajo LGBTQ youth, the rate is 70 percent, according to the Navajo Nation's Diné Policy Institute.

Through her teens, Sherman tried to fit in on the northern edge of the Navajo Nation, but she was living a double life. When she was 19 years old, her sister walked in on Sherman and another female in her bedroom.

"She just barged in the door and, you know, yelled at me like, 'What the hell are you doing?' Like you shouldn't be doing this," Sherman says. "You know, [she] made me feel less human. Cuz she was like, 'What do you think Grandma's going to think about you?' "

That's when Sherman felt she had to leave the reservation and her family. She moved to Phoenix and began drinking heavily. It wasn't until she sought help from a Navajo medicine man to address her alcoholism that she reconnected with her grandmother.

It turns out that her grandmother embraced her as a lesbian. 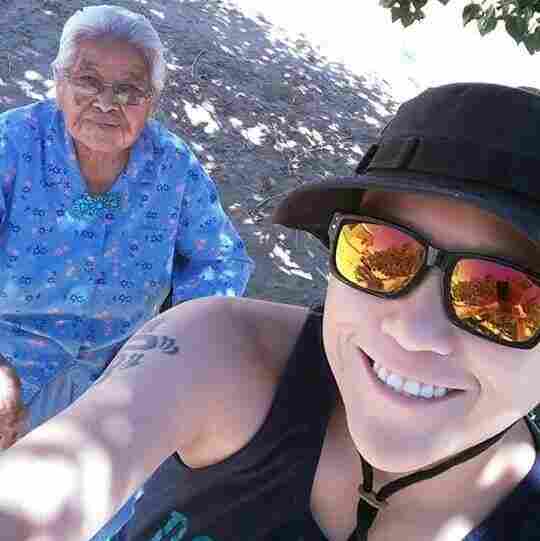 Alice Palmer, 93, and Sherman had always been close. And they are today again, now that Sherman has reconnected with her family. Even though Palmer is difficult to understand because of a stroke, she and her granddaughter spend a lot of time together. They watch wrestling, grind corn and go to flea markets.

A time before prejudice

It's not unusual that Navajo grandparents are accepting of being LGBT while parents are not. Historians say federally run boarding schools and other assimilation tactics taught a generation of Navajos that same-sex relationships are wrong.

"When I came out to my family, my mother of course took it the hardest. But my grandparents didn't," says Alray Nelson, a Navajo LGBT rights activist.

"We are seeing clearly the aftereffects of what colonialism can look like and how it really shifted our values as Navajo people," Nelson says. "Whereas at the time, if you were LGBTQ and growing up in Navajo traditional families, families celebrated that fact. They said that we were sacred. They said that we had sacred roles."

When I came out to my family, my mother of course took it the hardest. But my grandparents didn't.

But returning to understandings that predate colonialism has helped the families of LGBT Navajos. Traditionalists believe that the "two spirited," as they're sometimes called, are powerful and that not all humans can be classified as male or female.

"Today we take the nádleehí as a being who was what we would call an intersex person today, meaning that this is a person who has sexual organs of the male and the female and is considered to be a third gender in Navajo society," Denetdale says.

When the first man and the first woman weren't getting along, it was the nádleehí who intervened.

In Michelle Sherman's family, her grandmother has persuaded other family members to open their minds. Even Michelle's mother, Virgie Sherman, agreed to go with her last June to the Diné Pride festival, where Michelle gave a speech.

"I was there for her," Virgie says. "She can talk to [the] audience. She wasn't even embarrassed about what she is. Yeah, so I'm proud of her."

Now 33, Michelle is working on her bachelor's degree at Haskell Indian Nations University. When she graduates, she plans to return to the Navajo Nation, where LGBT youth often don't have access to resources, let alone the Internet.

"If I want to keep inspiring, then why not do it at home?" Michelle says. "Just like my grandma, she's here. She still inspires people."

Michelle looks down at her forearm, where she has tattooed a black diamond, the same design her grandmother used to weave into rugs. On the other side of her arm are scars from her suicide attempt, reminding her every day that she is still here, that she has a purpose: to help Navajo youth like herself.