Accessibility links
Crow Murders In Idaho Are Nothing To Squawk About: Human Scarecrows Try To Divert Bird Invasion The Crow Management Task Force in Nampa, Idaho, uses drones, lasers and even a live hawk to scare the birds away. For the past three winters, crows have descended on the town, creating a public health hazard. 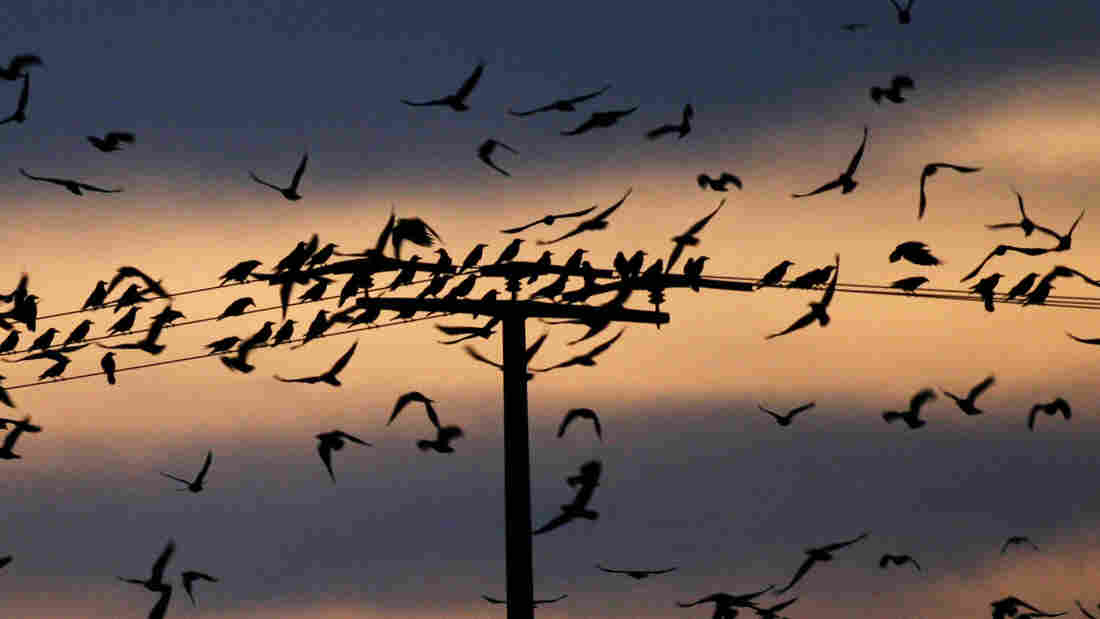 Almost 10,000 migratory crows have descended on Nampa, Idaho, for the past three winters. A task force is deploying drones, lasers and even a live hawk to try to divert the annual migration. Winfried Rothermel/AP hide caption 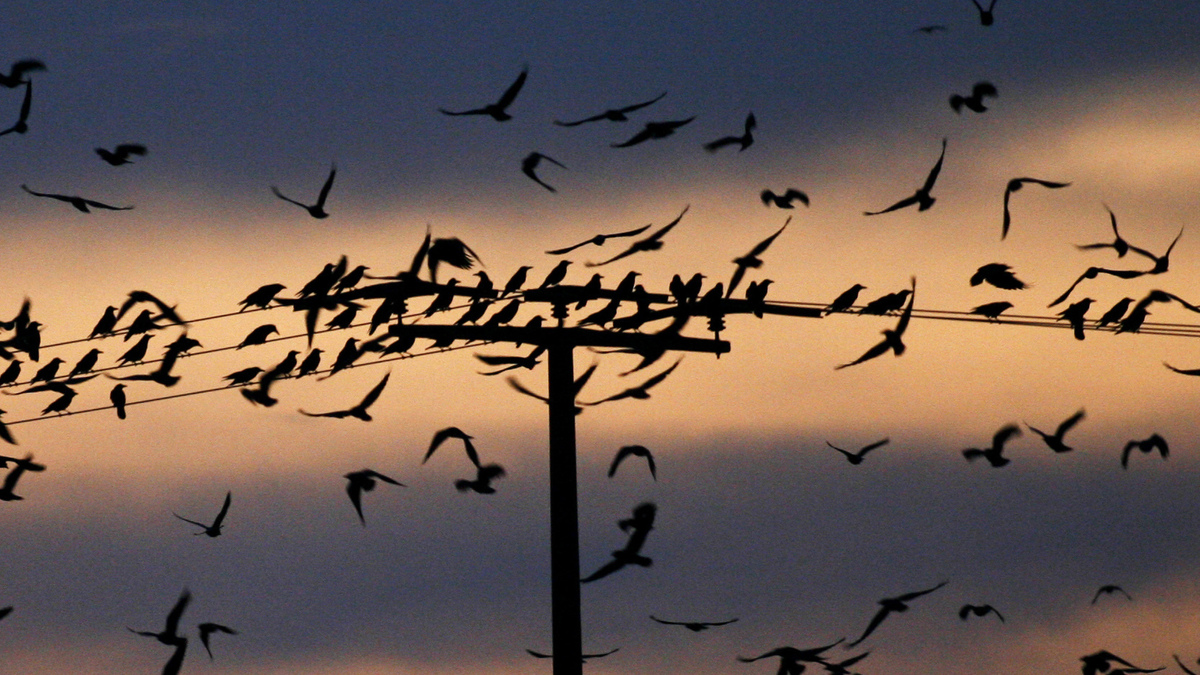 Almost 10,000 migratory crows have descended on Nampa, Idaho, for the past three winters. A task force is deploying drones, lasers and even a live hawk to try to divert the annual migration.

Every winter for the past three years, almost 10,000 migratory crows have descended upon Nampa, Idaho, dotting the skyline in black and squawking away.

By day the birds scavenge for food in farmland that surrounds Nampa. By night they flock to the city to roost — gathering in large groups to sleep — on power lines and in grocery store parking lots.

More than just the eerie sense of dread out of an Edgar Allen Poe poem, city officials say the birds, known collectively as a murder, are creating a public health hazard, due to their droppings. Sometimes tree branches snap under their combined weight.

The city has asked for volunteers to help manage the annual crow invasion. A team of human scarecrows deploy non-lethal methods to try to divert the crows away from the town, says Bobby Sanchez, chief of staff for the city of Nampa, who leads the volunteer efforts.

The Crow Management Task Force uses methods that scare the birds away without hurting them, Sanchez says. Drones, infrared lasers, which crows read as sticks flying through the air, and real predators like a live hawk are used to intimidate crows.

But when the birds first arrived in Nampa two years ago, it was an all-out war; former Mayor Bob Henry authorized police officers to shoot the crows.

"It's a dilemma," Henry said in a news release at the time, according to the Idaho Statesman. "At what point should taxpayer dollars be used to fight the crows? By doing nothing, the crow murders in the city, particularly in the downtown area, create a daily mess and can potentially cause health hazards."

But when the new mayor, Debbie Kling, took office in January 2018, she reversed the policy and encouraged non-lethal methods, after animal rights groups argued that shooting crows violated the federal Migratory Bird Treaty Act, a 1918 law that sought to protect bird species that were almost extinct.

Birds in the crow family are known as incredibly smart creatures; they remember faces and have been known to give gifts to humans that feed them. In France, officials at a theme park trained a group of rooks, a type of crow, to pick up small pieces of trash and cigarette butts in exchange for food.

While they work to drive crows away, members of the Nampa task force are also trying to understand what brought the crows to their town in the first place, Sanchez says.

"Our assumption is that they're are attracted here because it provides this kind of hybrid of natural and man-made habitat along with food sources," he says. "Ultimately, the end game will be to answer another question [which] is can we construct perhaps a habitat that is equally desirable by the crows? And then over time move them to that location, where they can literally roost in peace."