Accessibility links
'99 Nights In Logar' Is An Afghan Adventure Told In Nested Stories The novel is a coming-of-age journey, about a young boy chasing after a runaway dog. Author Jamil Jan Kochai says he hopes the book will counter some American misconceptions about Afghanistan. 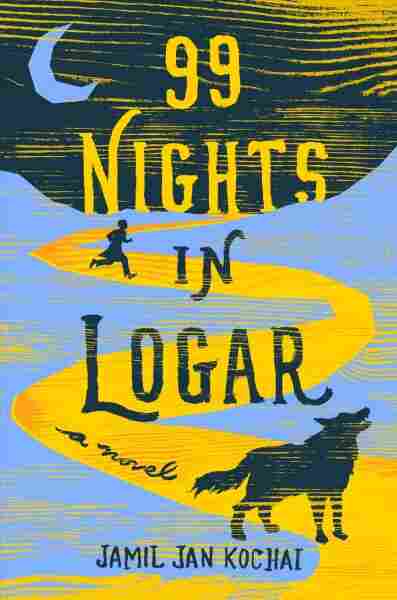 The premise for 99 Nights in Logar came from one very vivid memory of a fearsome family guard dog. "He was this massive, beastly dog and he hated me for some reason," says author Jamil Jan Kochai.

Kochai was born in Pakistan and grew up in the U.S. As a kid, he traveled to Logar, Afghanistan, to visit with his family. One day, the guard dog got loose. "He was such a powerful dog that they were literally afraid he might kill someone," Kochai recalls.

As his cousins, uncles and father looked for the dog, Kochai and his brother sat under a mulberry tree. "I still remember the trees, and the winds, and watching the fields," he says. "The sun was setting at the time and it gave the land this like magical, overwhelming hue."

This memory inspired 99 Nights in Logar — a coming-of-age novel about a boy named Marwand who embarks on a quest to find a missing dog during a family visit to Afghanistan.

Kochai talks with NPR about how he constructed the novel's multi-layered stories, and about how he hopes the book will help counter some American misconceptions about the country.

Stories were used not only for entertainment and digression, but also to save lives, to get out of executions, to fall in love, to get someone to fall in love with you ... there was such an elasticity to the storytelling in One Thousand and One Nights that I thought this is something I had to adopt in my own novel.

On capturing what everyday life is like in Afghanistan

I was really adamant about demonstrating the daily life of Afghans — the squabbles, the jokes ... what people are eating, what people are gossiping about. ... The war in Afghanistan ... not only affects the people there in these very dramatic manners, these outward forms of violence — bombings and shootings and the surveillance and such — but there are also all these ... subdued forms of violence that you see in Afghanistan, where the violence of the war becomes imbued in the language and the jokes and ... the way we think about time, and the way we think about movement and travel.

Afghans are absolutely capable of lifting themselves up. But there's been so many years — so many centuries now — of foreign interruptions, of foreign domination, that really that's what's keeping us behind.

On the misconception that Afghanistan needs to be "saved"

[There's] this sense that Afghans need saving ... that some foreign force needs to come in, and we need to come together and help these people rise up out of this carnage that they've brought themselves into. I am very resistant to that sort of a mythology. ... Afghans are absolutely capable of lifting themselves up. But there's been so many years — so many centuries now — of foreign interruptions, of foreign domination, that really that's what's keeping us behind — not anything innate in ourselves as a people.

On American misunderstandings of Afghanistan

I was very much adamant about ... deconstructing that image, that understanding, of Afghanistan being exclusively this violent land, this land of warfare, this land of carnage. It was really important for me to demonstrate its incredible, incredible beauty, its complexity, its layers, its tradition of storytelling, and faith, and dance, and music. ... I do hope that if there are misunderstandings at least my story might be able to give a new outlook.

Karina Pauletti and Martha Ann Overland produced and edited this interview for broadcast. Beth Novey adapted it for the Web.