Accessibility links
Dyslexia Made Henry Winkler Feel 'Stupid' For Years. Now, He's A Best-Selling Author The Emmy-winning actor is lesser known for his work writing for children. But he calls his book series, about the adventures and struggles of a dyslexic child, his proudest accomplishment. 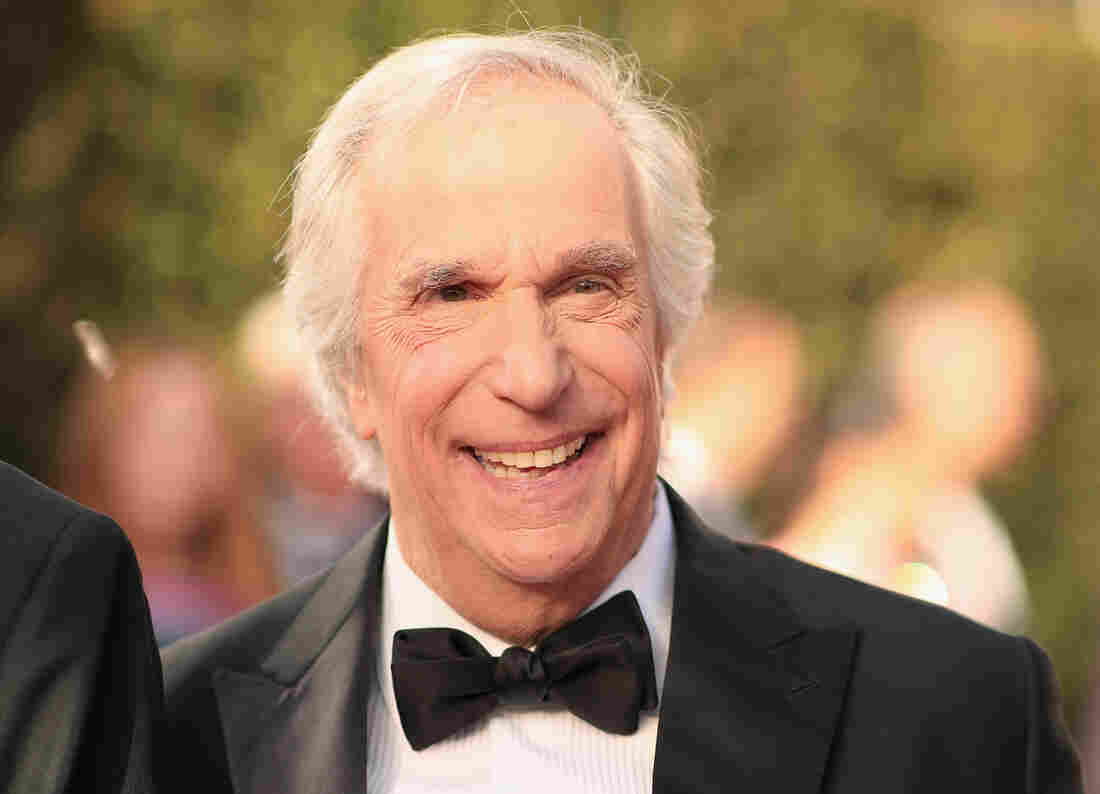 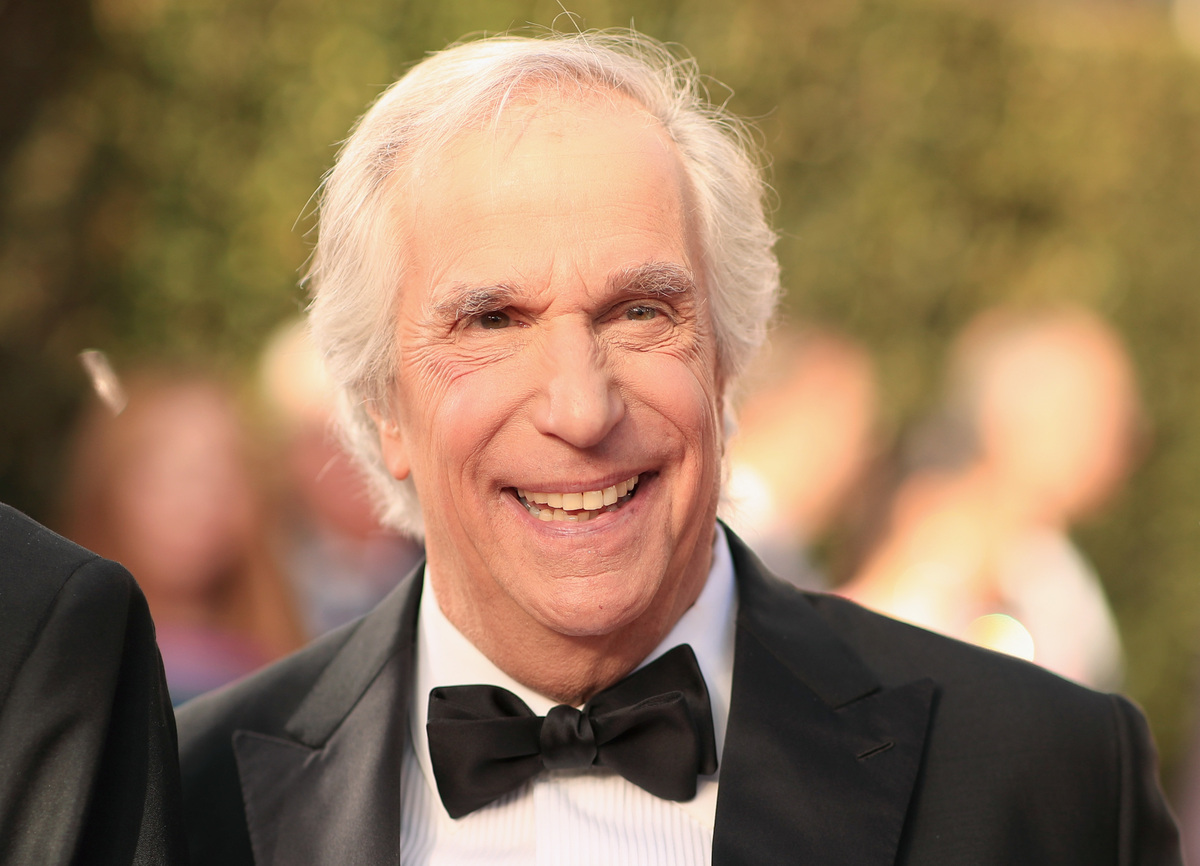 Henry Winkler, who has dyslexia, has spent his life struggling to read books. "It never dawned on me that I would have my name on a book," Winkler tells NPR's Michel Martin.

You may know Henry Winkler as The Fonz from Happy Days or the "very good" Bluth family lawyer from Arrested Development. Or perhaps, more recently, for his Emmy-winning role as the eccentric acting coach Gene Cousineau on the HBO comedy series Barry.

But what Winkler is most proud of is, he says, may be his least recognized body of work: his best-selling children's book series Here's Hank, which follows the adventures and struggles of a dyslexic kid named Hank Zipzer. Winkler, who has dyslexia himself, pulls from his own experiences to write the series along with Lin Oliver.

"It never dawned on me that I would have my name on a book," Winkler says in an interview with NPR's Michel Martin. Reflecting on a life with dyslexia, he says that until relatively recently, "I thought I was stupid ... You take that mantle with you when it's said often enough and when you're young enough. There is an emotional component, I think, that comes along with learning challenges, where I had no sense of self." 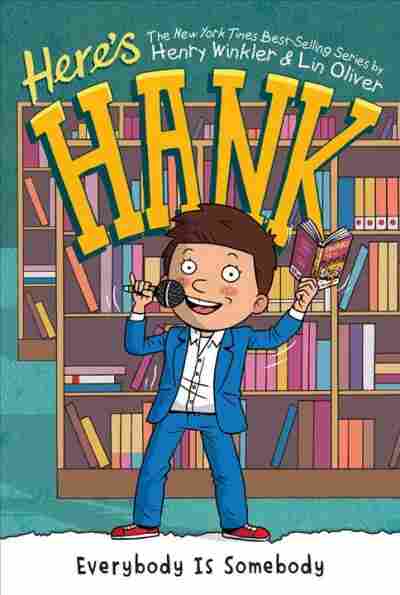 Winkler, now 73, says he didn't know he had a learning disability until age 31, when he got his stepson tested and evaluated for dyslexia. "I went 'Oh my goodness, that's me,' Winkler says. "And so at 31, I found out I wasn't stupid, that I wasn't lazy — that I had something with a name."

The discovery brought relief, but anger as well. As a student, Winkler's parents would blame his underachievement on laziness that could be remedied with long hours at a desk. "I was grounded 97 percent of my high school career," says Winkler. "I saw the moon through the window."

But those early hardships, Winkler says, would motivate him to not just succeed, but to appreciate his differences enough to write a book to help educate others. "It gave me fight," he says. "It gave me understanding that it doesn't matter. There is not one road to get where you want to go. There is your road."

For years, Winkler paved his own winding road with improvisation and memorization to forge the appearance of keeping up.

His reading disorder compounded the pressure he felt during auditions. "I would memorize as quickly as I could because I couldn't read the page and act at the same time to make an impression on the casting person or on the director and the producers," he says. "And I improvised the rest. And when they said, 'Well you're not doing what's written on the page,' I said, 'I'm giving you the essence of the character.' "

Humor was another coping mechanism. Decades ago, Monday mornings were when the Happy Days cast would hold their table-reads, the actor says. "I was embarrassed for 10 years because I could not read what was on the page. So I used humor to cover all those mistakes for all those years. I didn't know that I had something wrong, so I just tripped over words and everybody just kind of tolerated it."

That innate sense of humor, an outgrowth of adversity, hasn't gone to waste. With the Hank Zipzer series, Winkler says, "We set out to write comedies that happen to be about a kid who had a challenge, but they were funny first. If we didn't make each other laugh, Lin and I, it wouldn't go in the book."

And yet for all of the series' success, it almost didn't happen at all. Winkler says that when his agent first floated the idea of a book about his learning challenges, he didn't think it would work.

"I said, 'I can't do that, I'm stupid, I can't write a book,' " Winkler remembers. But when his agent introduced him to writer Oliver, executive director of the Society of Children's Book Writers and Illustrators, he says, they hatched the idea of Hank Zipzer. "This was just something that I was going to try," he says.

More than 15 years later, what began as a way for Winkler to fill a lull in his acting career has turned into 29 books.

Winkler says the books are written to account for the many nuances of dyslexia. As he explains, the condition looks different in different people. "Some people, it works on their ability to read and do math, to actually write a sentence. Some people write backwards. When you're reading, you miss words, they drop off the page or the words start swimming."

With these challenges in mind, the books contain ample white space on each page, and it's written in the Dyslexie font, a typeface created by Dutch designer Christian Boer to improve legibility for the dyslexic brain.

"What I have found over the years talking to kids today about it is that our journeys are similar," Winkler says. "The feeling of inadequacy, of embarrassment, of, 'Oh my gosh, am I going to have a future?' "

On a visit to Pennsylvania, a 20-something working as a hotel bellhop who recognized the author rushed over — not to help Winkler and his wife with their luggage — but to let him know: "I've read every one of your Hank Zipzer's!"

Winkler calls it "one of the greatest compliments, probably ever, in my life."

The final installment of the Hank Zipzer series, "Everybody Is Somebody," comes out this week.

Read an excerpt of Everybody Is Somebody