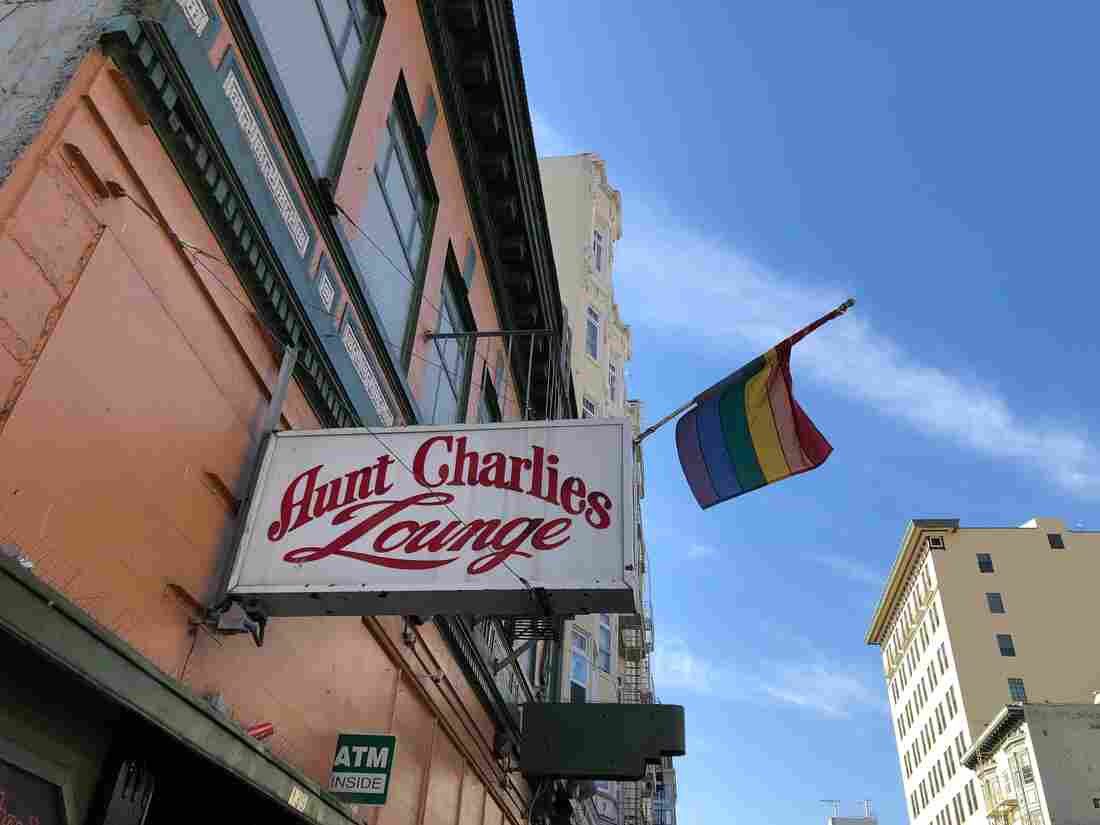 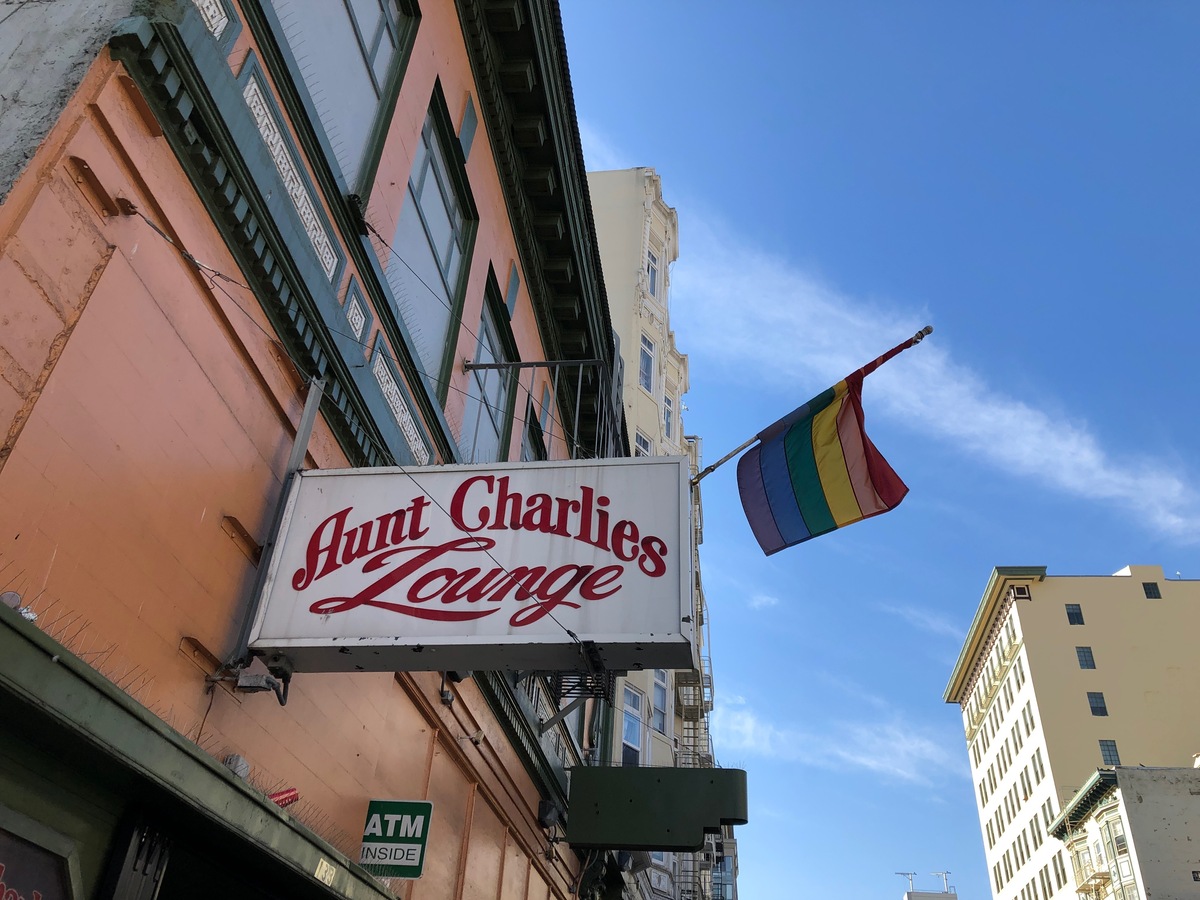 Aunt Charlie's Lounge in San Francisco's Tenderloin neighborhood is a gathering spot for locals who lived here long before gentrification was a major concern.

The most common sound in San Francisco's Tenderloin neighborhood these days is the sound of construction. New cafes, condos and experimental art spaces are popping up in a neighborhood once flush with gay bathhouses and bars.

But with the cost of living in San Francisco becoming increasingly out of control, the city is at risk of losing the storied transgender community that has long called the Tenderloin its home.

The city is looking to cultural districts as a possible solution to this problem. Traditionally, these districts — zoned areas within specific neighborhoods — have existed to stimulate economic development in neighborhoods with a distinct heritage or history, like the Filipino enclave in the South of Market Neighborhood, or the Latino area around 24th street in The Mission.

This place has really been a centerpiece for the community.

Among the neighborhood gems is Aunt Charlie's Lounge — one of the Tenderloin's few remaining gay drinking spots. By late morning, a few chatty locals are propping up the bar.

"This place has really been a centerpiece for the community," says Honey Mahogany, a trans political activist and drag artist, who has appeared as a contestant on RuPaul's Drag Race, a television reality show in which contestants vie to become America's next drag superstar. "It's a place for people to meet during the day, at night."

The Tenderloin is densely populated with transgender people, which makes Mahogany feel at home.

"People can't put me in the box of male or female, because I'm tall, because I'm black, or whatever, so I get stared at all over San Francisco," Mahogany says. "In the Tenderloin I find that doesn't happen."

Mahogany is also a co-founder of San Francisco's transgender cultural district — one of six designated in the city. 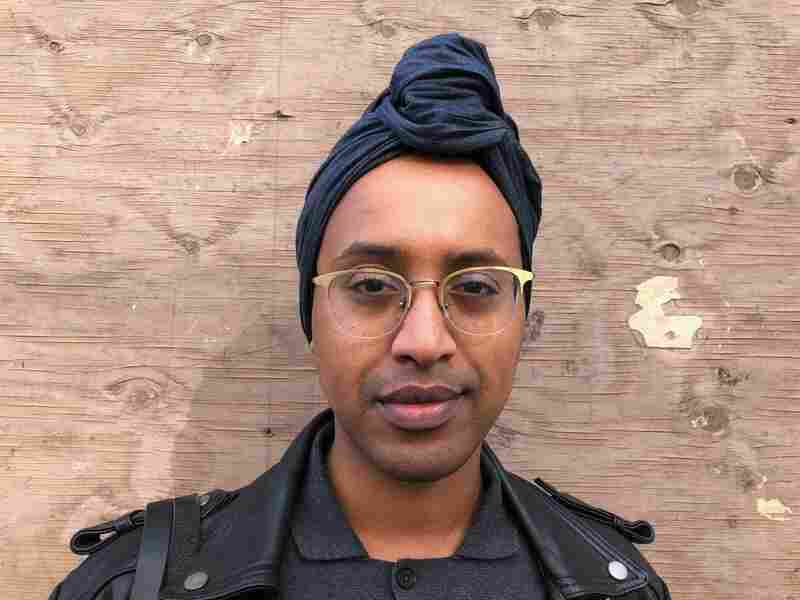 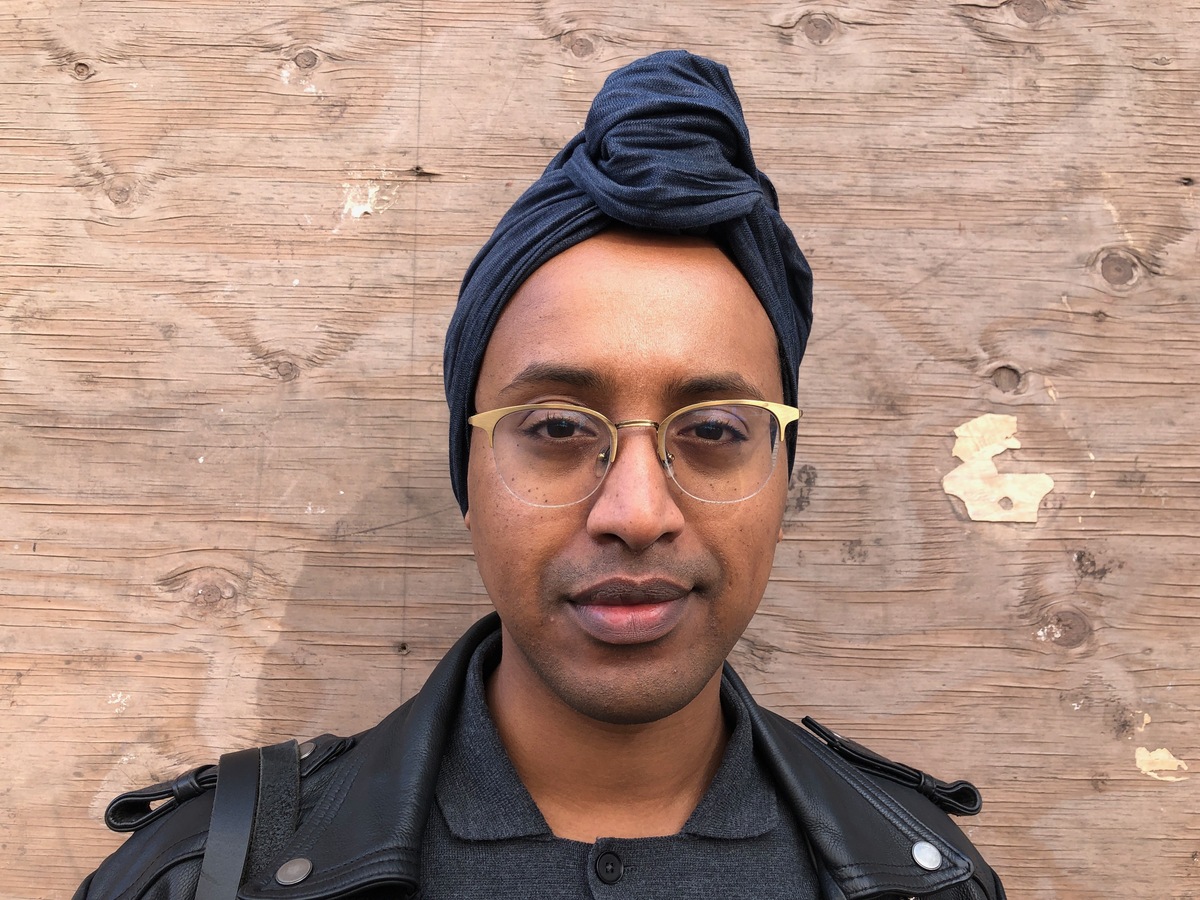 Mahogany says the transgender district came into being to help prevent her community and proud LGBTQ heritage from being pushed out as a result of development and skyrocketing rents.

"With gentrification, we're seeing the continued destruction of a lot of the old buildings," Mahogany says. "With the destruction of these buildings, we're also losing the stories that go along with them."

One of the neighborhood's most foundational stories explains how the district got its official name as The Compton's Transgender Cultural District.

Compton's Cafeteria was the site, in August 1966, of one of the first recorded LGBTQ uprisings. For years, policemen had been giving the many transgender people who hung out at Compton's cafe a hard time.

"One day, a policeman came in and started harassing some of the women that were there," Mahogany explains. "They had had enough, and decided to throw their coffee in the police person's face."

These cultural districts really drive a lot of economic development for their area, which can be a really big benefit when those areas are trying to revitalize.

Around the U.S., cities have been busy naming cultural districts. A few decades ago there were fewer than 100. Now there are around 600.

Ruby Lopez Harper, director of local arts services for the national arts advocacy nonprofit, Americans for the Arts, says most of the country's cultural districts focus on highlighting local culture and history to attract crowds.

"These cultural districts really drive a lot of economic development for their area, which can be a really big benefit when those areas are trying to revitalize," Harper says.

But in expensive cities like San Francisco, cultural districts are also about tempering some of that revitalization.

"They need to be really able to serve the members of those communities," says Brian Cheu, who oversees cultural districts as the director of community development at San Francisco's Mayor's Office of Housing and Community Development.

San Francisco voters recently passed a ballot measure allocating several million dollars in annual funding for the city's cultural districts, which Cheu says will be used to benefit long-standing residents, rather than newcomers and tourists.

The Compton's Transgender Cultural District plans to break ground on a new community center with a small business incubator in the coming months. And there's talk of acquiring real estate to help keep the neighborhood affordable.

Honey Mahogany isn't entirely opposed to gentrification, as long as it doesn't push residents out. She says people in the Tenderloin deserve clean streets and warm homes; even good coffee and fine art.

It's a fight that transgender people in this neighborhood started more than 50 years ago at the Compton's Cafeteria, and one which Mahogany said is still being fought today.