Accessibility links
South Korea Will Interview Thousands Of Athletes After Rape And Abuse Allegations A recent wave of physical and sexual abuse accusations reveals entrenched problems in the competitive training culture of one of Asia's rising sports powers, sports and rights experts say.

Listen · 3:41 3:41
South Korea Will Interview Thousands Of Athletes After Rape And Abuse Allegations 3:41 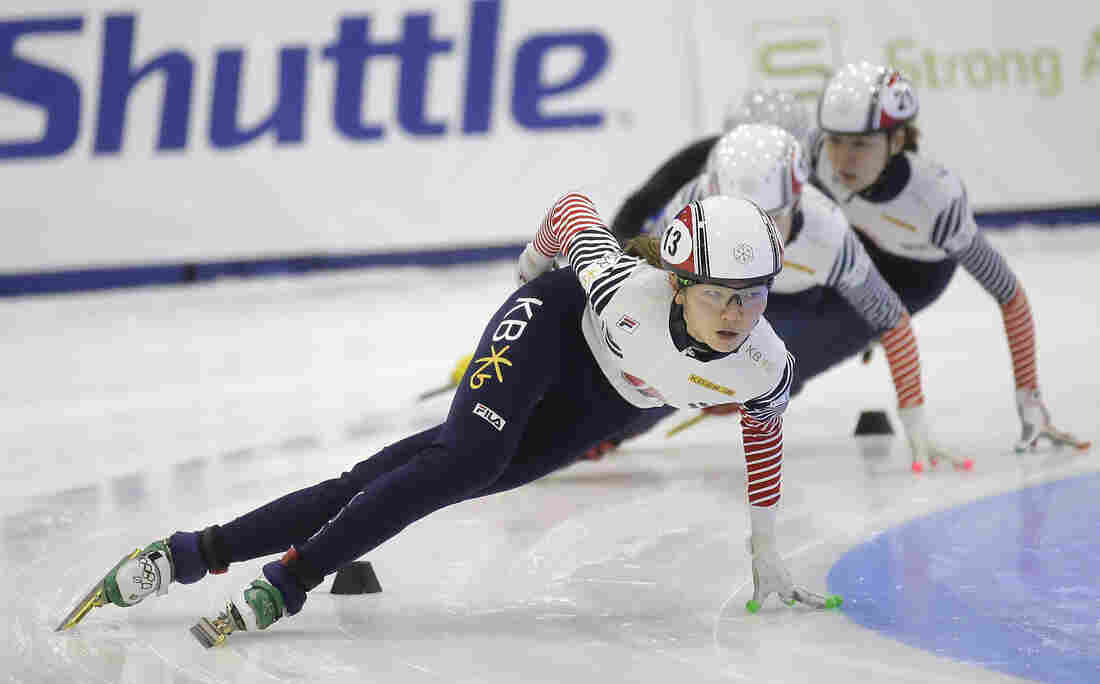 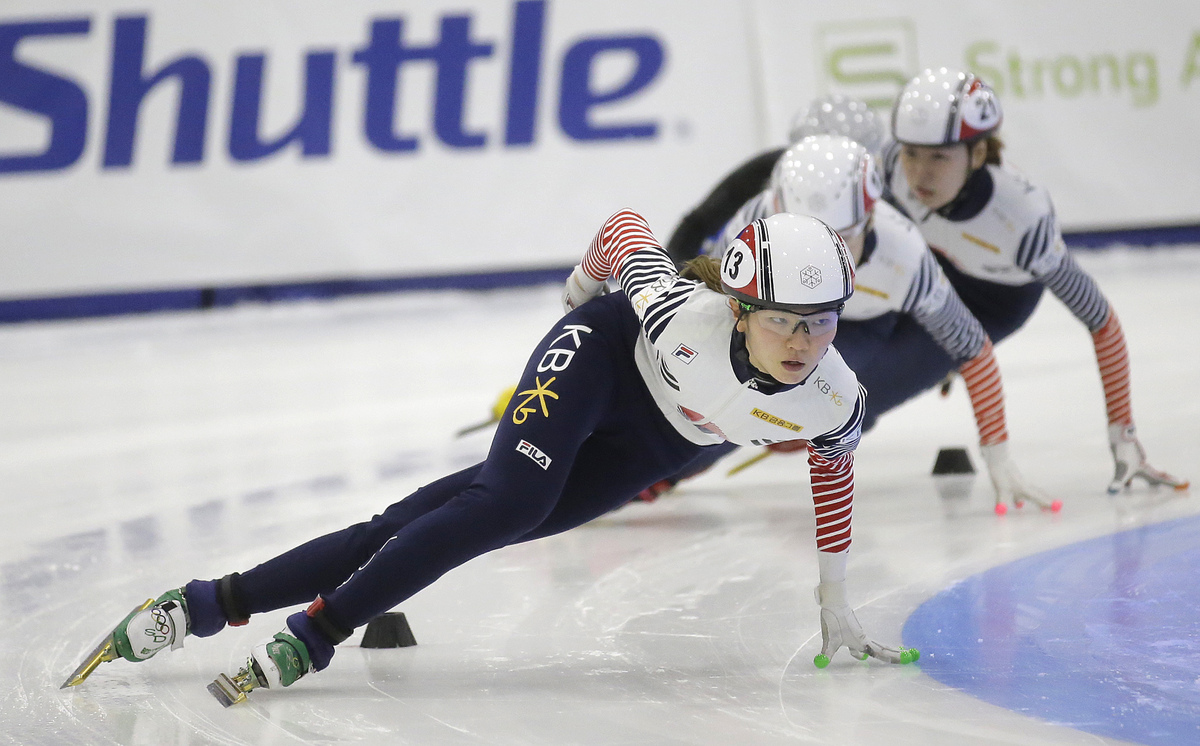 The National Human Rights Commission of Korea plans to interview thousands more athletes, including children and adults, about possible mistreatment.

"Physical and sexual harassment in the sports community take place repeatedly within a structured system, rather than accidentally," the commission's chief Choi Young-ae told a news conference in Seoul last week. "Violence is exonerated in the performance-centered culture."

The commission, an independent body set up by the government, says it is assembling a team to carry out the interviews for one year, after which it might recommend further investigation and possible prosecution.

Earlier this month, three government ministries in charge of gender equality, education and sports pledged to coordinate action to make sure offenders, and those who ignore or cover up abuse, are prosecuted.

"From now on, we will make sure that victims of sexual abuse can call on the authorities without having to fear backlash," Lee Sook-jin, vice minister of gender equality and family, told reporters on Thursday.

South Korea's Olympic medal counts have ranked in the top 10 in recent years. But the new abuse accusations reveal entrenched problems in the competitive training culture of one of Asia's rising sports powers, sports and human rights experts say.

The first case that appeared to lead a series of survivors to come forward was short track speedskater Shim Suk-hee, who went missing from the national team's training camp in early 2018 — weeks before she competed in last year's Pyeongchang Winter Olympics.

A Sports Ministry investigation found that Shim, a two-time Olympic gold medalist, was beaten by her coach Cho Jae-beom the day she went missing. Cho was fired and convicted of abusing four athletes, including Shim. He was sentenced to 10 months in jail last September.

Shim testified at Cho's appeal hearing last month. Speaking to reporters outside the courthouse, she said, "I mustered my courage to come here today because I hope there will be no more victims like myself in the sports world and because I want to do what I can, not just for myself, but for the future."

This month Shim went further, accusing Cho of repeatedly raping her since she was 17. She's now 21.

Cho, who is 37, has denied the sexual abuse charges through his lawyer but admitted to physically abusing Shim and three other athletes.

As the scandal grabbed headlines, a petition on the presidential office's website calling for harsher sentencing of Cho got more than a quarter of a million signatures.

Government officials and lawmakers promised to get tough on sexual abuse in sports.

"Recent allegations of physical and sexual violence in sports reveal a shameful side hidden beneath the shiny facade of South Korea as a sports powerhouse," President Moon Jae-in told his aides in a speech this month.

Also in January, a former judo athlete as well as a taekwondo trainee stepped forward to accuse their coaches of physical and sexual violence.

China Is Attempting To Muzzle #MeToo

But some observers say the recent series of accusations are just a drop in the bucket.

"Still, the numbers are low, and we all know why," says Chung Yong-chul, a professor of sports psychology at Seoul's Sogang University and an activist against abuse in sports. "Because of all the threats, [abused athletes] are afraid to talk about it."

Sports and Olympics authorities say the government has taken disciplinary action in 124 cases of physical, sexual and verbal abuse against athletes in the past five years, including 16 incidents of sexual abuse.

Chung says the government has been promising to crack down further on abuse for the past decade, but because of a culture of impunity, little has changed.

Some of this culture, he notes, has roots in South Korea's Confucian traditions, in which a teacher's authority is just like a father's: It must be obeyed and not challenged.

"That's part of the reason why it's so hard for athletes to speak out," he says, "because you're actually accusing a father-like figure, accusing him as an aggressor."

That's also why sports authorities who have the power to punish abusers often shield them, Chung says. He adds that athletes are suspicious of the help centers and hotlines set up for them, and that they fear the services may be working against them and protecting coaches and trainers.

Athletes also face limited educational and career prospects after they retire from sports, Chung notes, so they are often afraid of risking their futures by speaking out.

He acknowledges that the current scandal in South Korea bears some superficial resemblance to the case of Larry Nassar, the former USA Gymnastics national team doctor.

But Chung points out that Nassar was sentenced to a total of more than 300 years in prison for multiple sex offenses. In addition, USA Gymnastics' entire board of directors resigned, as did the interim president of Michigan State University, where Nassar worked as a physician.

"That didn't happen in Korea," Chung says. Although the head of the Korean Sport and Olympic Committee apologized to victims and the public, officials have not resigned or lost their posts as a result of the allegations.

Chung adds that if the snowballing scandal and public outrage don't force an overhaul of a system that has allowed such abuses, then perhaps nothing will.

"So I think this could be the last chance for Korean sports to actually eradicate all the problems," he warns.

He hopes South Korea will accept a reduced gold medal haul at next year's Tokyo Olympics, in exchange for an increase in athletes' human rights.