Accessibility links
SweetHearts Candy For Valentine's Day Harder To Find The popular SweetHearts will be tougher to find this Valentine's Day. The company that used to make the candy went out of business. Its new owners aren't ready to start making new batches yet. 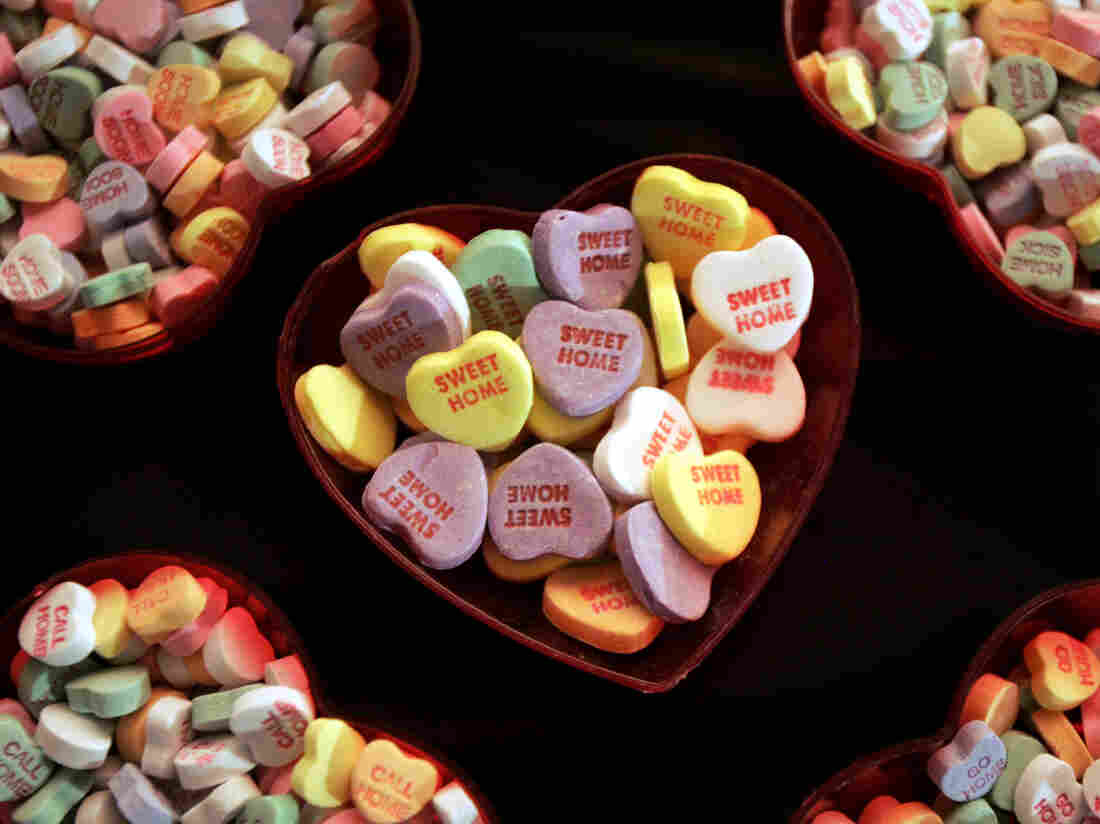 SweetHearts will be tougher to find this Valentine's Day. The company that used to make the popular candy went out of business. Its new owners aren't ready to start making new batches yet. Chitose Suzuki/AP hide caption 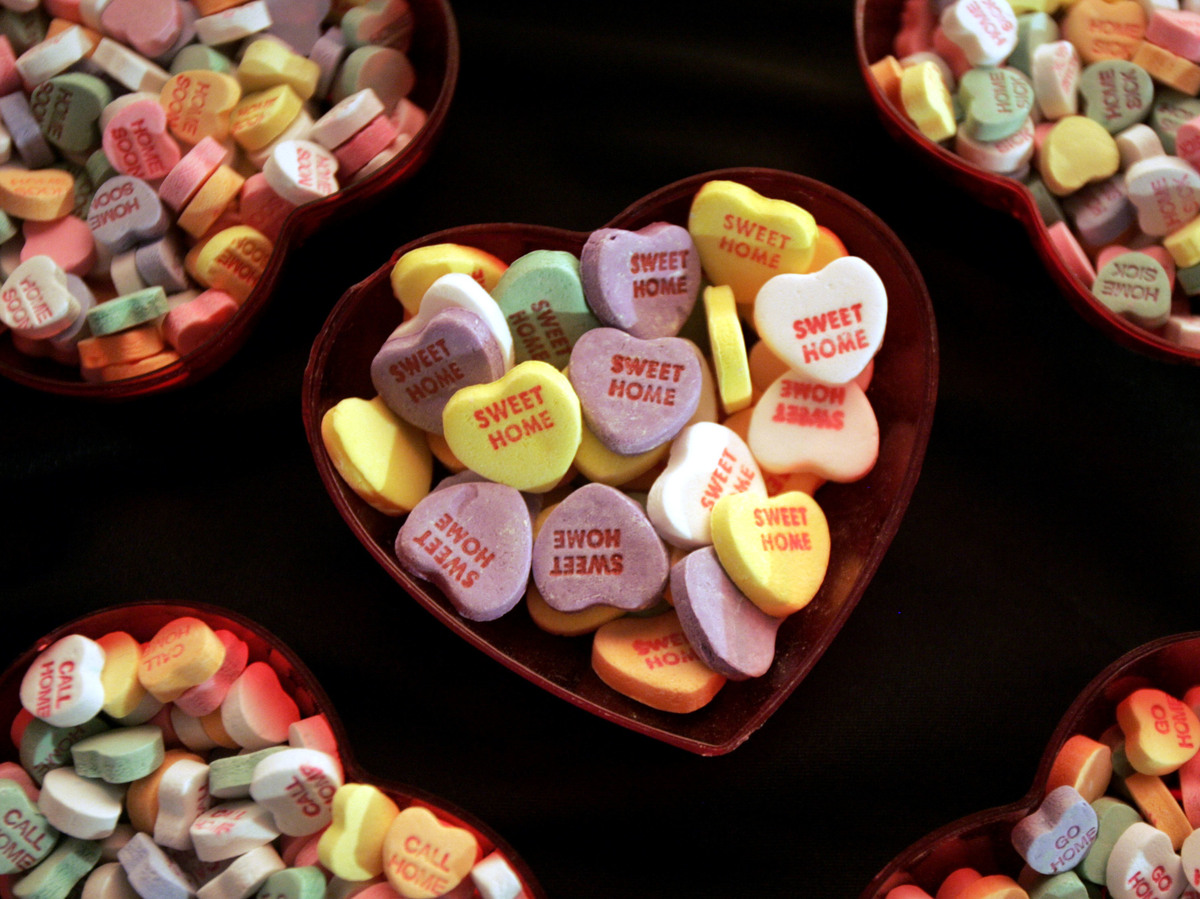 SweetHearts will be tougher to find this Valentine's Day. The company that used to make the popular candy went out of business. Its new owners aren't ready to start making new batches yet.

This Valentine's Day is going to be a little less sweet.

SweetHearts, the colorful, heart-shaped candies with sugary messages like "Kiss Me" and "My Love" will be scarce this year. If you're lucky enough to find them, they'll be from last year's batch.

It's kind of a historic moment. These candies have been a mainstay of Valentine's Day since 1866. The candies are so entwined with this special day that they ranked as the No. 1 candy for Valentine's Day in 2017 and 2018, according to data from CandyStore.com, an online bulk candy store.

The candies may not be going away forever. But the reason they're not around this year has to do with the demise of America's beloved New England Confectionery Co.

In addition to SweetHearts, NECCO also made many other candies such as Mary Janes, Mint Julep chews and Sky Bars. Unfortunately for fans, the company went out of business last May following several warnings from the Food and Drug Administration citing food safety violations, including "significant evidence of rodent activity" and unsanitary conditions. Yes, we're talking about rat poop. In candy-making equipment.

During the bankruptcy, NECCO was initially purchased by Round Hill Investments, the company known for reviving Hostess. In July, that company abruptly closed the NECCO candy factory and resold NECCO to an unnamed buyer. And then that buyer sold off many of the less popular candies, such as Mighty Malt milk balls and Haviland thin mints. 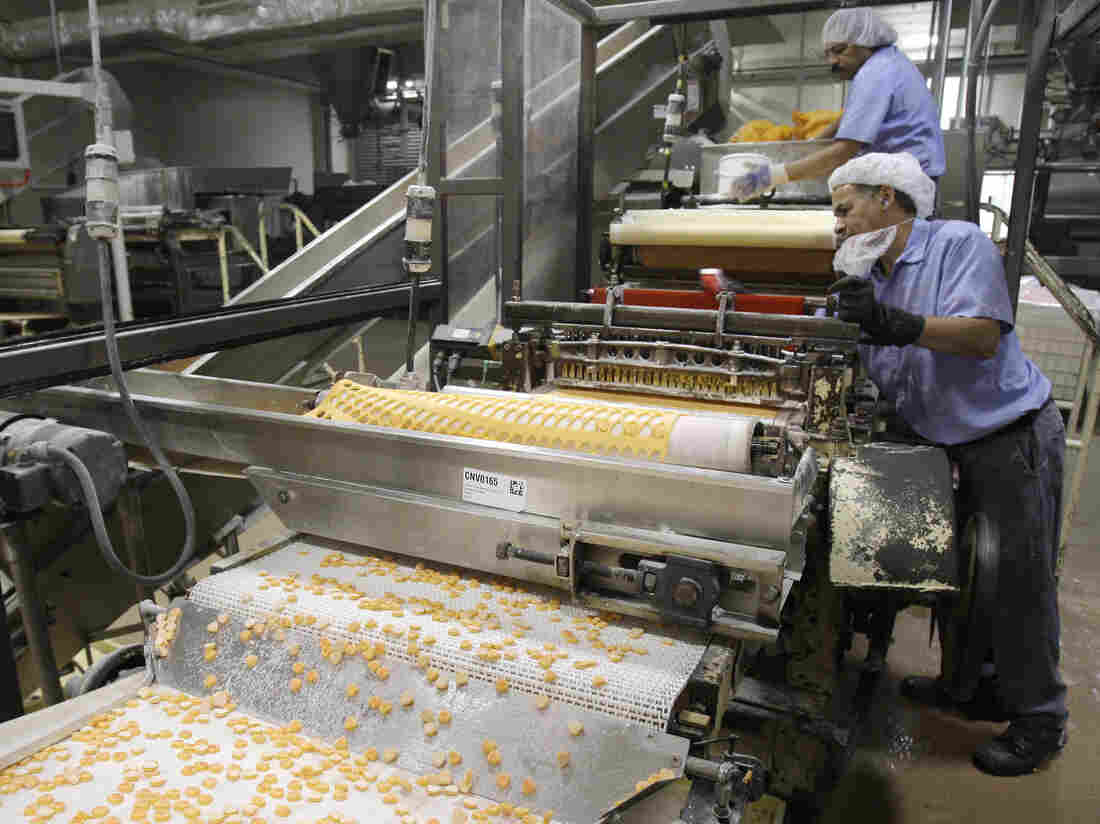 SweetHearts are produced in the NECCO facility in Revere, Mass., in 2009. The factory closed in July 2018. Charles Krupa/AP hide caption 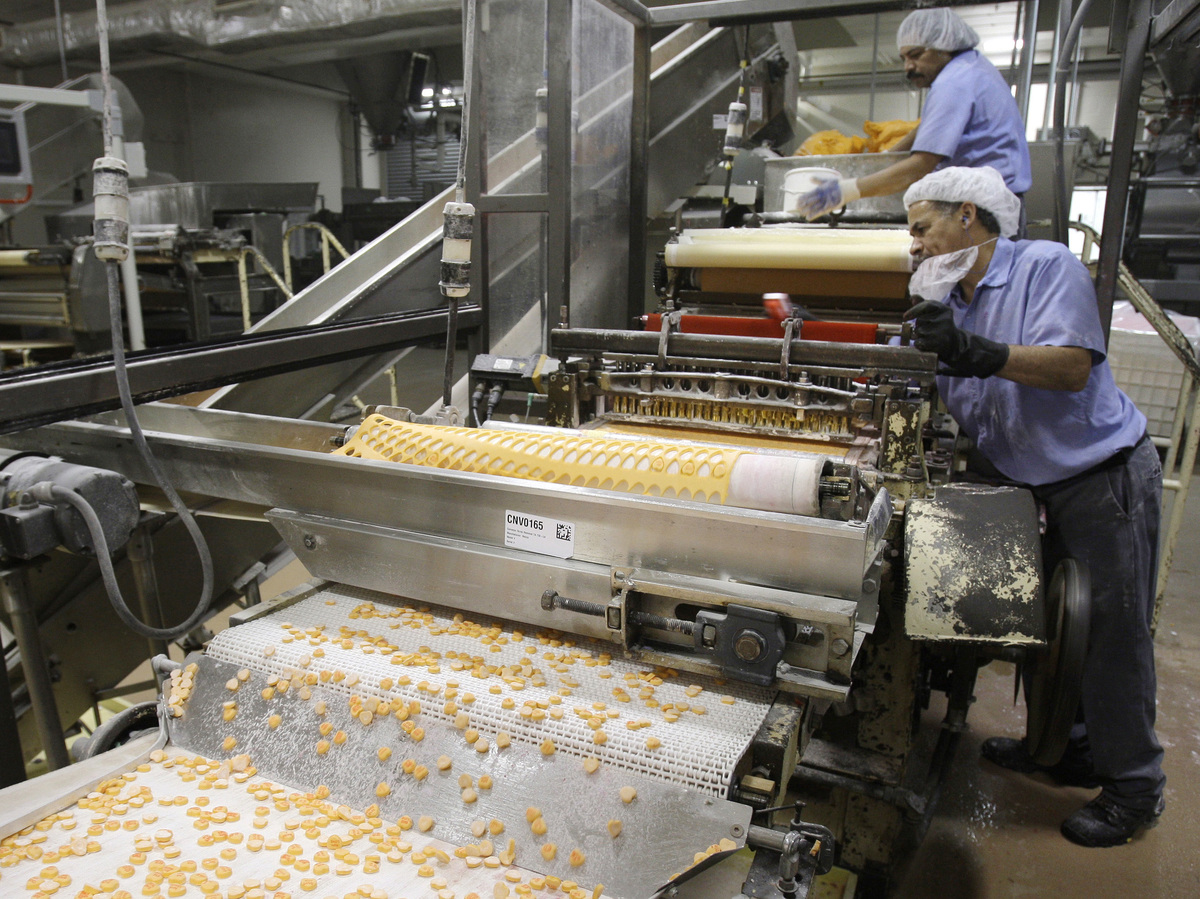 SweetHearts are produced in the NECCO facility in Revere, Mass., in 2009. The factory closed in July 2018.

But the more popular brands, including SweetHearts, along with Canada Mints and NECCO Wafers, ended up in the hands of the Spangler candy company, which is best known for Dum-Dums and Candy Canes.

But ensuring SweetHearts are made in a new, larger, cleaner and safer environment is proving a bit time consuming. Spangler said it bought 20 acres next to other candy-making facilities it owns to make room for the new candies. "Significant renovations have to happen ... to bring it up to food grade standards," Spangler CEO and Chairman Kirk Vashaw said in a statement.

And that's why new bags of SweetHearts won't be in the candy aisles of grocery stores and pharmacies this year.

And the amount of SweetHearts consumed each year is so eye-popping that NECCO used to make about 100,000 pounds of SweetHearts each day for 11 months, according to CandyStore.com's data. That's about 8 billion SweetHearts per year.

Spangler CEO Vashaw states that "it's just not possible" to have that quantity of candy ready for the 2019 Valentine season, adding that "doing it right takes time."

But SweetHeart fans are not impressed.

"If they can put a man on the moon, they should be able to get little words on those hearts if they really wanted to," says 64-year-old Hannah DeRousseau.

Others have mixed feelings on the absence of the candy this Valentine's Day. "I'm torn because I think they're pretty gross to eat, but they are such a big part of Valentine's Day. It's a tradition to see them and they're cute," says 23-year-old Megan Kuwashima of California.

Why am I so sad that #Sweethearts won't be available this year? I never actually enjoyed eating them.

OH NO. What ever will America do?!
These are gross AF. #Sweethearts https://t.co/a0tvepw8JD

🙁 it just won't be the same without #Sweethearts!! https://t.co/nIO9dgpXf9

Despite the nostalgic social media response, SweetHearts are not guaranteed to come back anytime soon. The company deleted an earlier press release which stated that SweetHearts would return for Valentine's Day 2020, causing speculation as to whether the product will be returning next year.

"I'm mad. It's just been around since I was a kid. Now they're not going to be around anymore. I think it's a tragedy," says 62-year-old Shirley Goulart.

Let's hope these candies do come back next year, so they won't break many more hearts.

Janhvi Bhojwani is an intern on NPR's business desk.