Accessibility links
Federal Employees Return To Work, But Fears Of Another Shutdown Loom While the reopening of the government is welcome news for many federal workers, some express trepidation that they'll face the same predicament after Feb. 15. 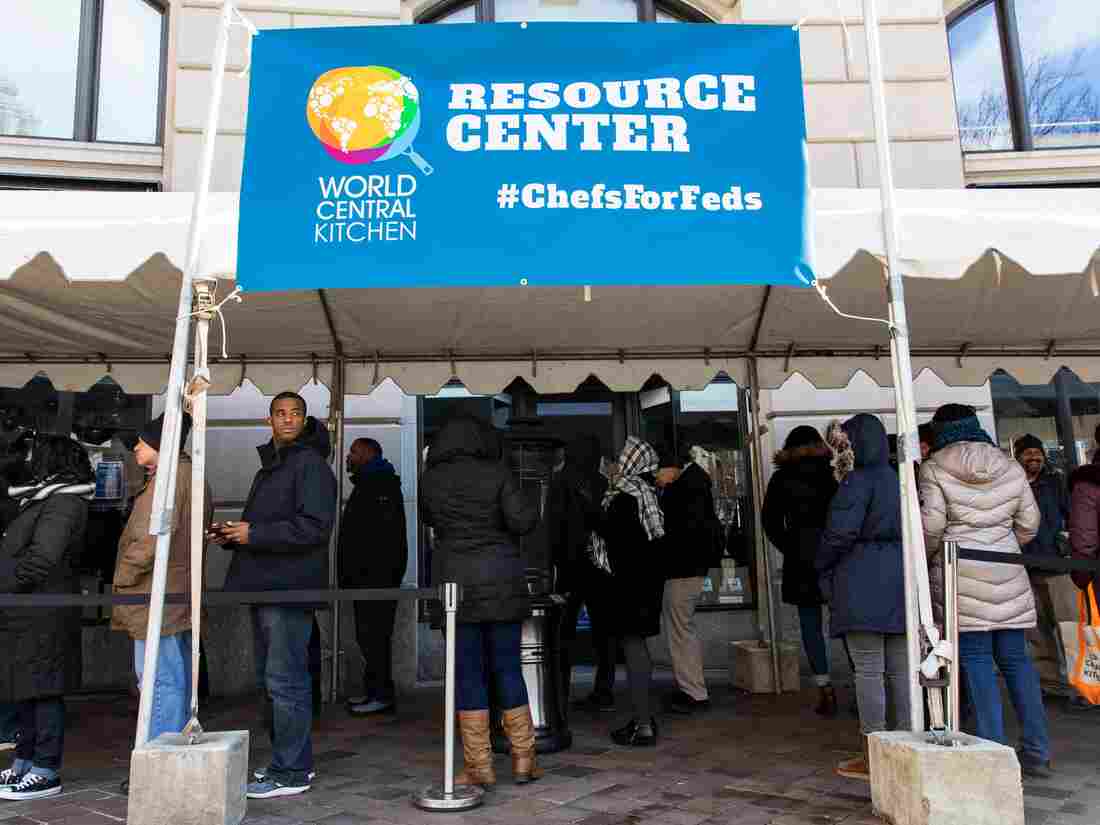 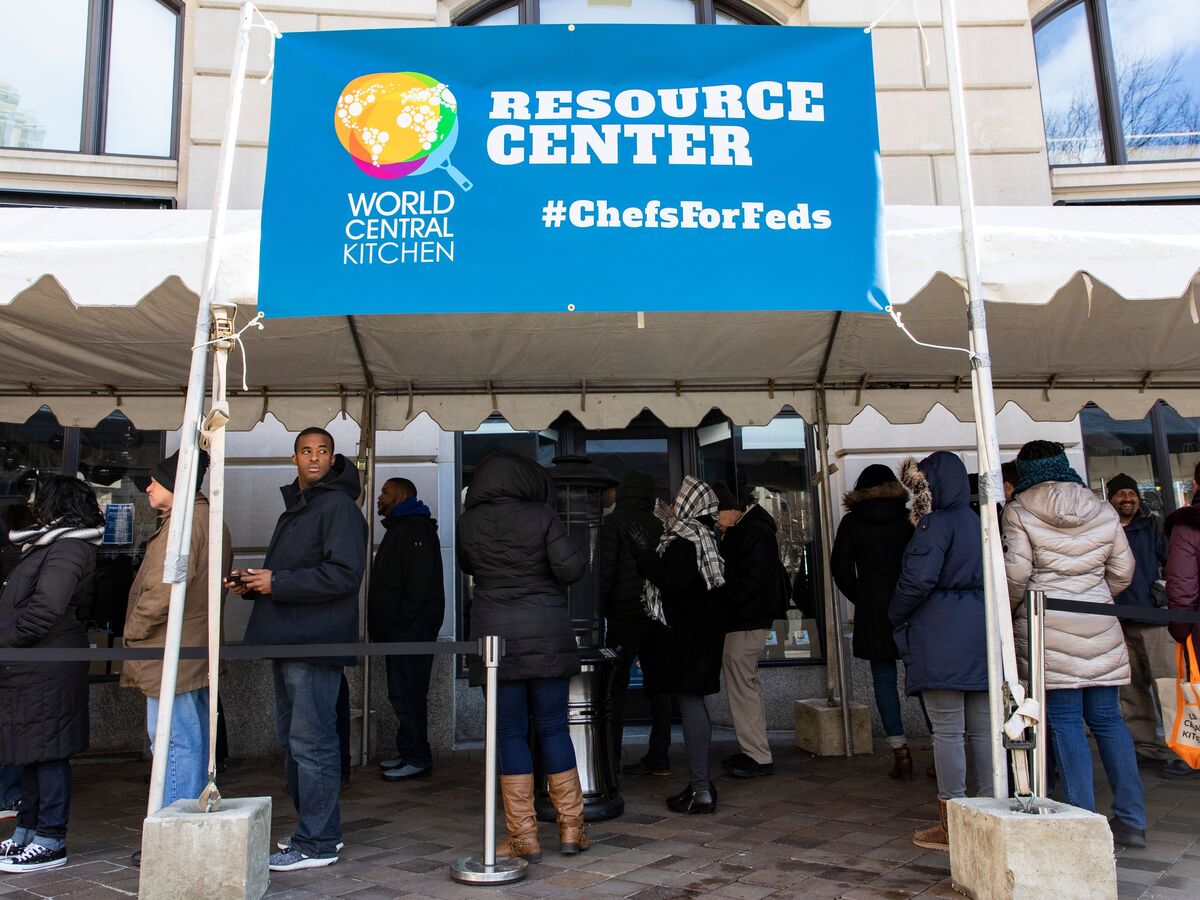 Federal employees wait in line at World Central Kitchen, a food bank and food distribution center established by celebrity chef José Andrés. The federal government is back open, but it could be several days before workers receive missed paychecks.

Hundreds of thousands of federal employees around the country are returning to work after being furloughed for more than a month. Thousands of others in the federal workforce did work during the 35-day shutdown but didn't get paid.

The Trump administration promises that by Friday federal workers will be paid the two consecutive paychecks that were missed as a result of the government being shuttered.

"Some of them could get paid early this week," said acting White House Chief of Staff Mick Mulvaney on CBS's Face the Nation. "Some of them may be later this week but we hope that by the end of this week all of the back pay will be made up."

The scramble to get paychecks sent out is a result of the stopgap funding measure President Trump signed on Friday ending the longest U.S. government shutdown in history.

7 Takeaways From The Longest Shutdown In U.S. History

While the reopening of the government and the expectation of getting paid are welcome news for many federal workers like Towanna Thompson, a program analyst at the Department of the Interior, a lot of trepidation remains.

She says even though the shutdown is over, she will be on a budget because she knows the threat of another government shutdown is just weeks away.

"I think it's stupid. Why are you going to open us up for three weeks and then have us go back and do this again?" Thompson asks as she is picking up lunch and groceries from World Central Kitchen, a food bank run by renowned chef and philanthropist José Andrés. It's located just blocks from the White House.

"You know, Trump needs to wake up and smell the cappuccino," she says.

She says she is putting off medical procedures until after Feb. 15, the day the current funding measure expires.

Thompson is not alone in fearing another shuttering of the federal government.

"We're still budgeting that we're not going to get a check until two weeks from now. And then a week after that we're shut down again," said Jared Hautamaki an attorney at the Environmental Protection Agency. During the shutdown, Hautamaki said he had been to food banks like José Andrés'. He also picked up extra shifts at Home Depot. And even though he is going back to work at the EPA Monday, he says he won't be cutting back on the extra shifts.

"I plan on working as many hours as I can at Home Depot the next three weeks to prepare for the worst," he said.

The measure to temporarily reopen the government did not include any of the $5.7 billion the president has repeatedly demanded for a U.S.-Mexico border wall. At the Rose Garden speech Friday announcing the end to the impasse, the president signaled another shutdown is an option if House and Senate negotiators don't come to an agreement he approves of.

"If we don't get a fair deal from Congress, the government will either shut down on Feb. 15 again, or I will use the powers afforded to me under the laws and the Constitution of the United States," Trump said.

In other words, declare a national emergency to bypass Congress and have the border wall built — a move almost certain to bring about a court challenge.

Eric Ingram and his wife, Andrea Jensen, are both federal workers who live in Alexandria, Va.

Ingram works for the Federal Aviation Administration and took the shutdown saga in stride.

"I guess it's cool to be part of history. That's nice," Ingram said.

If he gives the impression he's laid back, it's because his wife, who works for the Department of Energy, has been on the job and — more importantly for them — has been getting paid.

Jensen, though, said the shutdown has made her wonder whether it's wise for both her and her husband to work for the federal government at the same time.

"It seems like there's more job security in not working for the same agency or having one person in private industry and one person in government," Jensen said.

It's something her husband may consider down the line.

But Monday is his first day back, and he's got a ton of projects to get up and running before the next possible shutdown.