Accessibility links
Mailing Just Got More Expensive: Forever Stamps See Biggest Price Increase Ever The cost of a Forever Stamp has gone up by 5 cents as the U.S. Postal Service tries to offset billions of dollars in losses. Some packages will cost more to send, too. 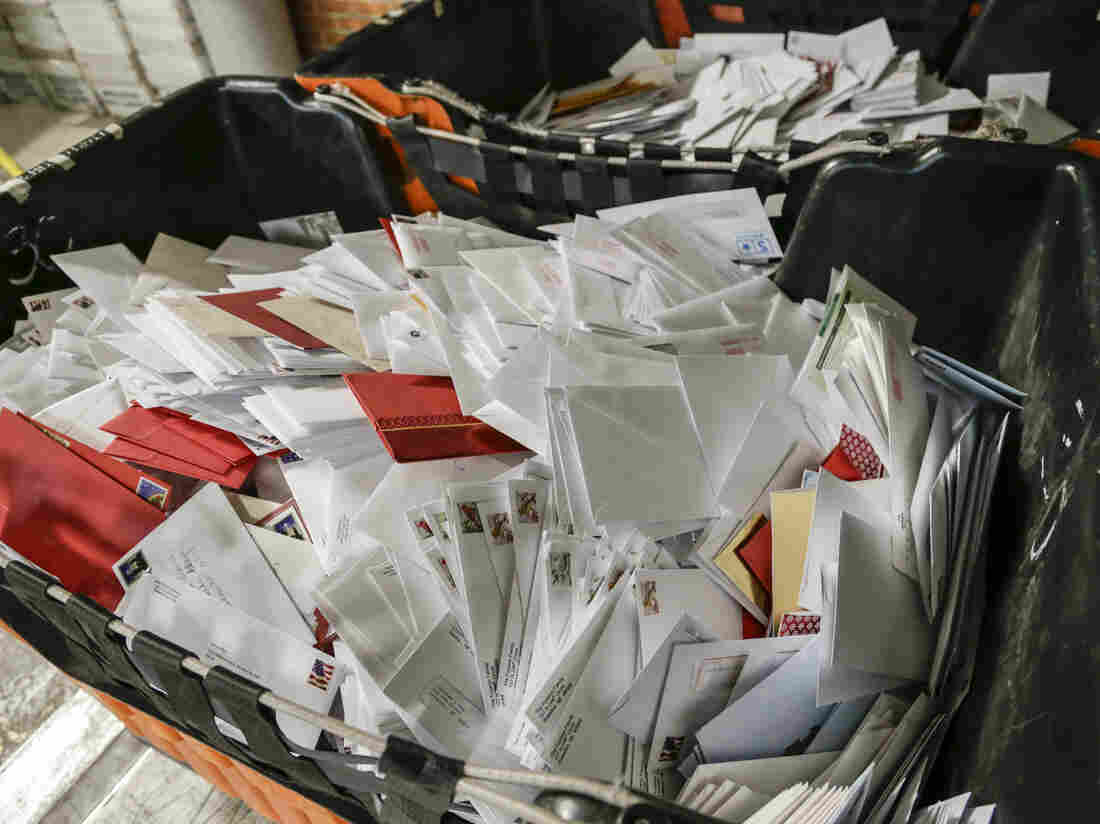 Letters wait in bins for sorting at the main post office in Omaha, Neb. The price of a Forever Stamp has increased 10 percent as the U.S. Postal Service contends with billions of dollars in annual losses. Nati Harnik/AP hide caption 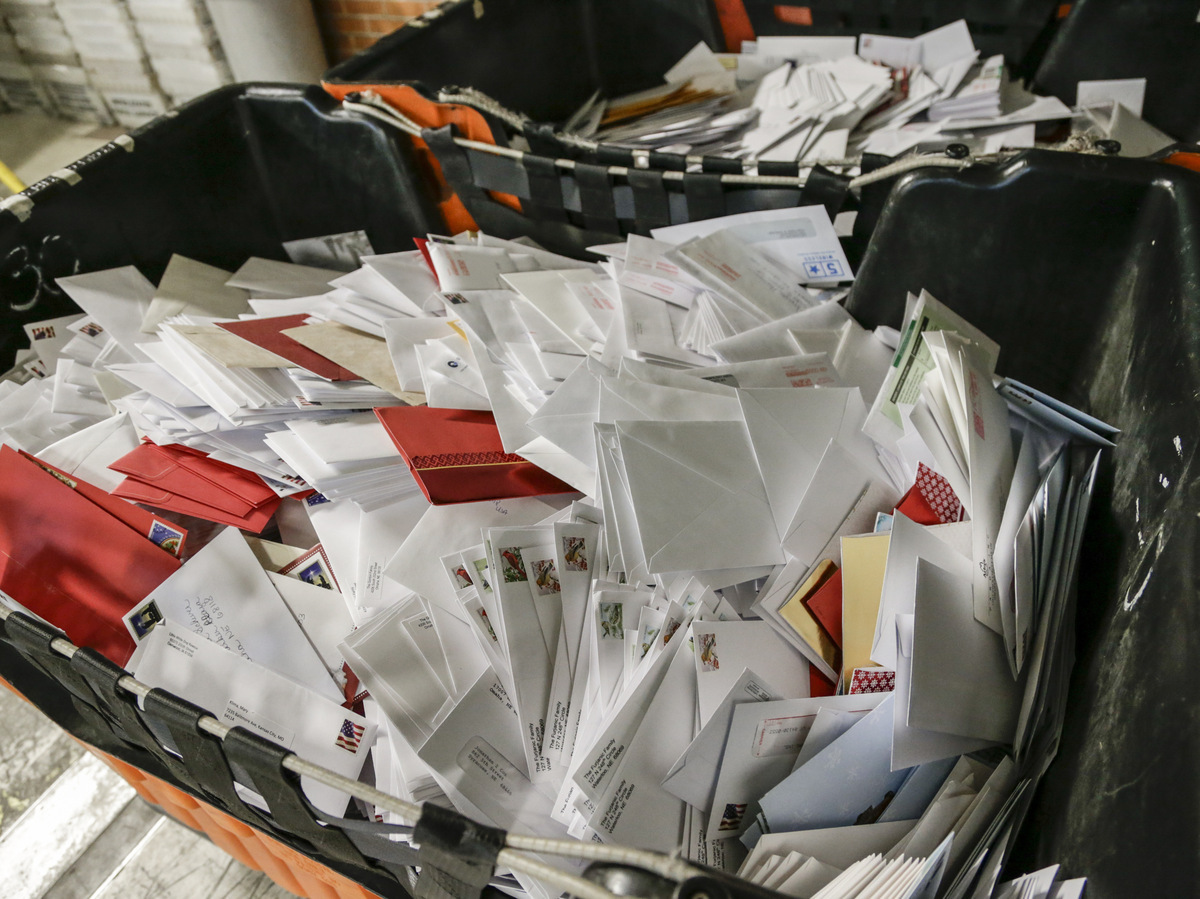 Letters wait in bins for sorting at the main post office in Omaha, Neb. The price of a Forever Stamp has increased 10 percent as the U.S. Postal Service contends with billions of dollars in annual losses.

The price of a first-class Forever Stamp went up by a nickel Sunday, from 50 cents to 55 cents. That 10 percent increase "is the biggest price increase by total cents in the history of the Postal Service," according to The Associated Press.

The Postal Service has been running a multibillion-dollar deficit for years, and the price increase is an attempt to contend with a United States that just doesn't send as many letters as it used to.

The Postal Service lost $3.9 billion in 2018. First-class mail volume decreased by about 2.1 billion pieces. People are using different methods to send messages and money, Postmaster General Megan Brennan said. "The flawed business model imposed by law continues to be the root cause of our financial instability." According to USA Today, "it was the 12th year in a row the agency reported a loss despite growth in package shipping."

The price of @USPS Forever stamps continues to track well above inflation.

I believe they represent a better inflation-protected security than almost any other...https://t.co/25XLFDcDSy

It also will cost more to send a package using priority mail. The price of a small box rose from $7.20 to $7.90; a medium box increases from $13.65 to $14.35. This could have a real effect on Postal Service revenue. While first-class mail delivery has fallen, the Postal Service's package business has grown. The year 2018 saw an increase of almost half a billion additional packages compared with the year before. President Trump once called out the Postal Service for charging too little to deliver packages. "Should be charging MUCH MORE!" he wrote on Twitter.

There is some good news for consumers: The cost of a postcard will stay the same, at 35 cents, and the cost per additional letter ounce is decreasing from 21 cents to 15 cents. So, if you're about to send wedding invitations to your 200 closest friends, the good news is that you'll save $2.

Forever Stamps were introduced in 2007 to make life easier for people who didn't want to contend with adding 1- and 2-cent stamps to their mail every time the Postal Service increased prices. By 2011, most first-class stamps in the U.S. had become so-called Forever Stamps. They can always be used to mail a 1-ounce letter, no matter how much prices might increase in the future.

Some on Twitter have idly wondered whether the Postal Service has created a moneymaking opportunity for those who might wish to buy low and sell to others when the price of stamps inevitably goes up again. But that strategy is unlikely to be successful, writes Washington Post columnist Allan Sloan.

"You shouldn't treat Forevers as an investment because they don't produce any current income and those of us who are average postal customers can't buy or sell them in enough quantity to make any serious money."

A previous version of this story incorrectly characterized material from The Associated Press as saying that the 10 percent increase in the cost of a first-class Forever Stamp is the largest single price jump in the history of the U.S. Postal Service. In fact, the news service says it is "the biggest price increase by total cents" in USPS history.