Accessibility links
U.S. Charges Chinese Telecom Giant Huawei, Asks Canada For CFO Extradition The administration appears to have decided to make an example of the company's CFO. She is the daughter of Huawei's founder, and the company is seen as an arm of China's power around the world. 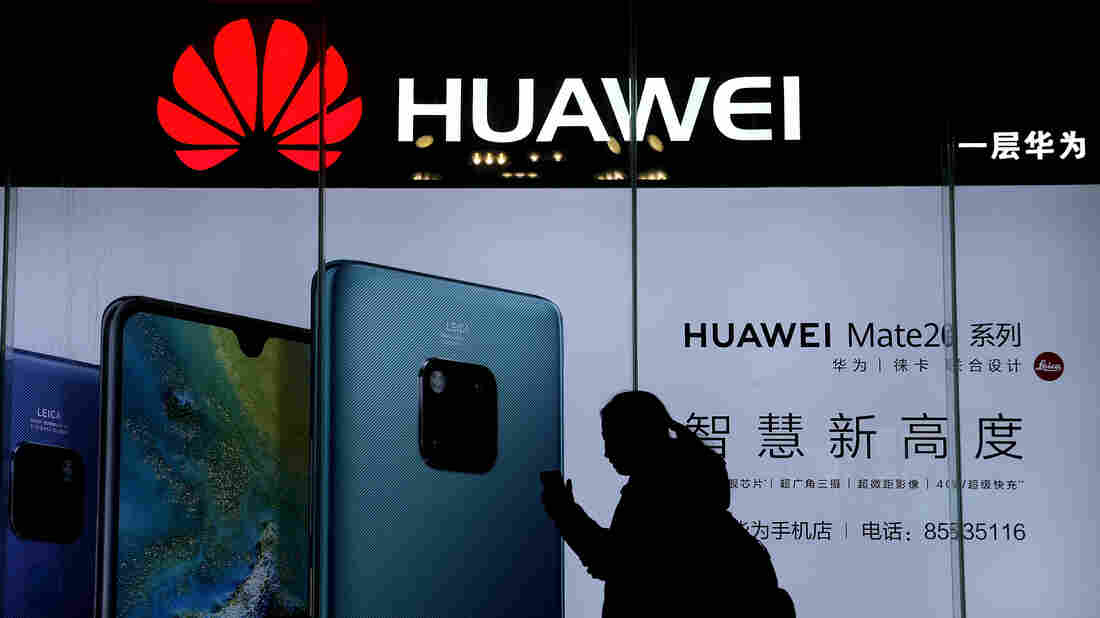 A woman browses her smartphone as she walks by a Huawei store at a shopping mall in Beijing. The telecom giant is at the center of a geopolitical feud between China and the United States. Andy Wong/AP hide caption 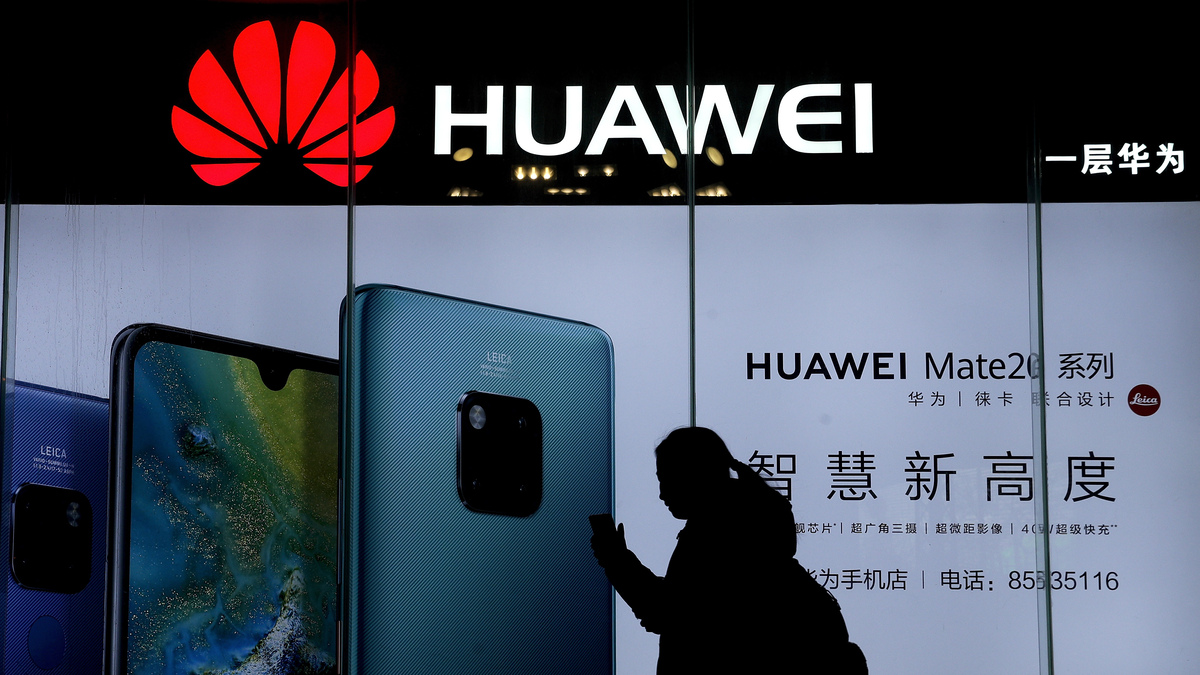 A woman browses her smartphone as she walks by a Huawei store at a shopping mall in Beijing. The telecom giant is at the center of a geopolitical feud between China and the United States.

The Justice Department unsealed criminal charges against China's most important telecommunications company on Monday, in a deepening of the ongoing geopolitical chill across the Pacific Ocean.

Acting Attorney General Matthew Whitaker said Huawei has been indicted on 13 criminal counts and that he is requesting that Canada extradite its chief financial officer, Meng Wanzhou, who was arrested in Vancouver on Dec. 1 on a U.S. warrant.

Meng was released on bail but has not been able to leave Canada given the expectation that Washington might ask to put her on trial. The Wall Street Journal reported last April that the Justice Department was investigating Huawei for potentially violating U.S. sanctions on Iran.

Whitaker said that Huawei has been trying to steal American telecommunications technology and also lying about its relationship with its Iranian subsidiary. The Chinese parent company claimed that it had sold its Iranian division, he said, when actually it had kept control and ownership of it.

That meant that American banks doing business with Huawei were inadvertently violating American restrictions on economic activity linked to Iran.

The Trump administration appears to have decided to make an example of Meng, who is not only a top corporate officer but also the daughter of the founder of Huawei — which is one of China's most important global brands and seen as an arm of its power around the world.

The announcement on Monday was the latest example of the Justice Department raising the alarm over what it calls the loss of billions of dollars' worth of American intellectual property to Chinese cybertheft.

U.S. and allied intelligence officials also fear that Huawei's technology helps with Chinese government espionage. It has been barred from selling network equipment in countries leery about Beijing's ambitions.

"As Americans, we should all be concerned by the potential for any company beholden to a foreign government — especially one that doesn't share our values — to burrow into the American telecommunications market," said FBI Director Christopher Wray. "That kind of access could give a foreign government the capacity to maliciously modify or steal information, conduct undetected espionage, or exert pressure or control."

Beijing is expected to condemn the announcement. The Chinese government already has responded to Meng's arrest by taking a number of Canadians into custody and applying pressure on its relationship with Ottawa.

So far, the government of Prime Minister Justin Trudeau has held fast, although cracks have begun to appear.

Trudeau fired Ottawa's ambassador to China after the envoy mused about the case that Meng might make to keep from being extradited to the United States and about how much better for Canada it might be if the United States dropped its extradition request.

Canada's foreign minister said the former ambassador's comments had made it untenable for him to remain in his job, according to Reuters.

With sanctions and the threat of more economic restrictions, President Trump has sought to pressure China into accepting broader concessions in the bilateral trading relationship.

A delegation from China is expected in Washington as part of the ongoing trade dispute, but White House press secretary Sarah Sanders said on Monday that the charges announced at the Justice Department are not a negotiation tactic.

"It's a totally separate process," she said.

Whitaker also was asked about the broader bilateral situation between the United States and China. He said the Department of Justice acts independently of the White House and it had arrived at the need to charge Huawei as the result of its own investigations.

Canadian officials also have sought to separate themselves from the U.S.-China tensions, arguing there's no cause for China to detain the Canadians it has taken into custody since Meng's arrest.

China's ambassador to Canada shot back earlier this month that Ottawa is guilty of "white supremacy" and of applying a double standard in asking for its citizens to be free while Meng remained unable to travel and subject to extradition to the United States.