Accessibility links
Ex-Starbucks CEO Howard Schultz Says He Wouldn't Be A Spoiler In Race For White House Schultz said that his intention would be to stop the president from winning re-election. "Nobody wants to remove and, in a sense, fire President Trump more than me," the billionaire businessman said. 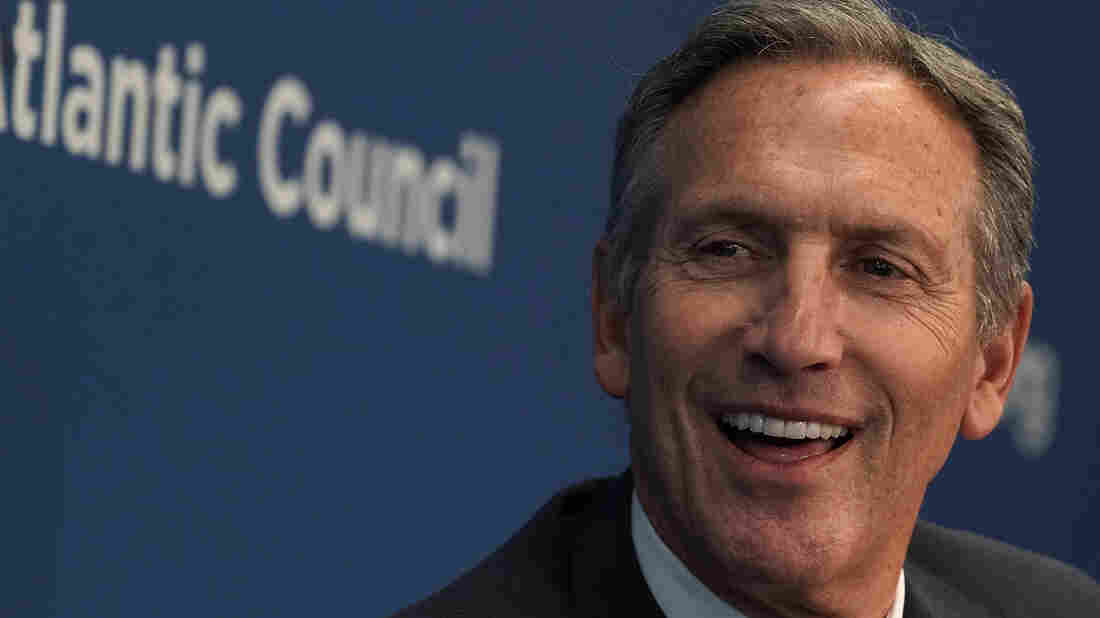 Former Starbucks CEO Howard Schultz participates in a discussion at the Atlantic Council in May 2018. Alex Wong/Getty Images hide caption 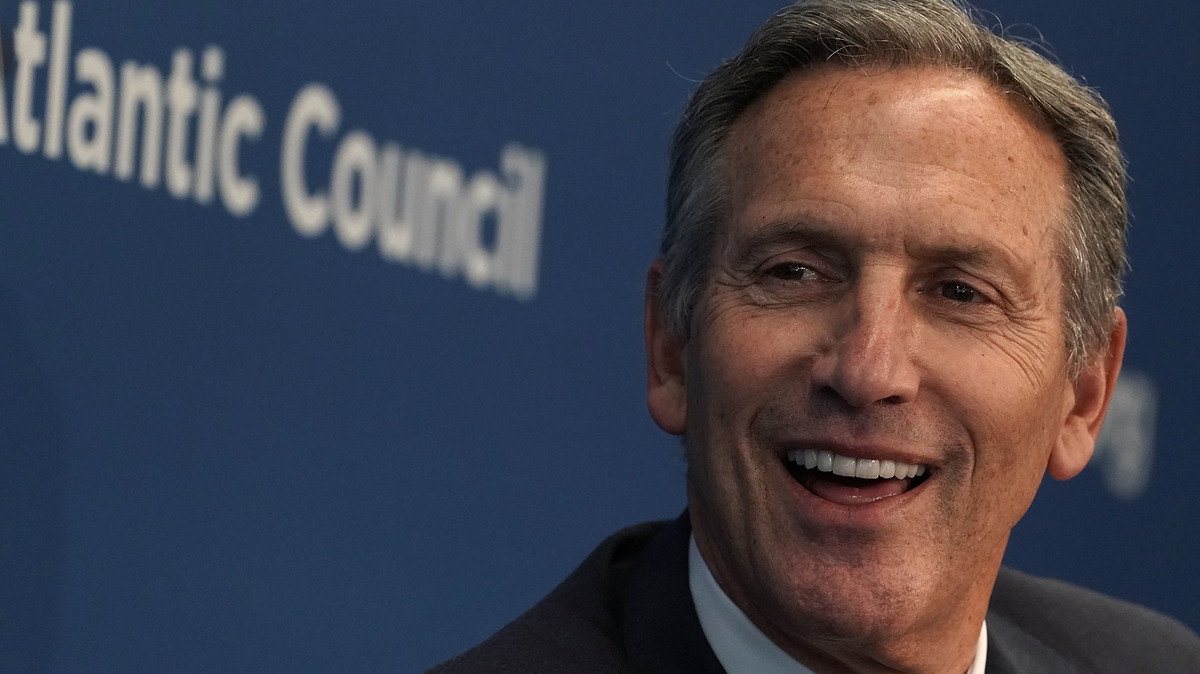 Former Starbucks CEO Howard Schultz participates in a discussion at the Atlantic Council in May 2018.

Former Starbucks CEO Howard Schultz says he is seriously considering a White House bid in 2020 as a "centrist independent," but many Democrats are increasingly alarmed that a third-party run could split the anti-incumbent vote and help President Trump be re-elected.

In an interview with NPR's Steve Inskeep on Morning Edition, Schultz pushed back on that concern, arguing that he could be successful where other independent candidates haven't been by appealing to an increasingly growing center and peeling off Democratic voters put off by the party's progressive leanings.

"I think lifelong Democrats — and many, many more lifelong Republicans than Democrats realize — are looking for a home," Schultz said. "If there is a choice between President Trump and a progressive liberal-minded person on the Democratic side, it would kill me to see President Trump be re-elected, and I believe that is what would take place."

Schultz repeatedly underscored that his intention would be to stop Trump from winning re-election, saying, "Nobody wants to remove and, in a sense, fire President Trump more than me. I don't believe he was qualified to be president, and how he has disrespected the office is so troubling to me."

The wealthy businessman argued that if he runs, it would be to provide an alternative to American voters who don't align with either major political party, especially if a more liberal candidate such as Massachusetts Sen. Elizabeth Warren or Vermont Sen. Bernie Sanders won the Democratic nomination.

"I can't think of anything that is a more quintessential expression of our democracy than providing the American people with a choice that doesn't have to be binary between the Republican and the Democrat," Schultz said. "Why should the American people not have the choice of someone who is saying, 'I'm not embedded with either party'?"

Schultz said that if he does decide to run, he "will embrace the best ideas of both parties. And all I want to do is bring the country together. And I know in my heart that our best days are ahead of us, but we must transform the way we're doing our work as elected officials."

According to CBS News, Schultz has hired two veteran political strategists to aid him with his potential run — Steve Schmidt, a onetime Republican who worked on the White House campaigns of President George W. Bush and 2008 GOP nominee John McCain, and Bill Burton, who worked for President Obama's 2008 campaign and later served as deputy White House press secretary.

But former New York City Mayor Mike Bloomberg — another billionaire who has looked in the past at a White House bid as an independent — warned Schultz against it.

"The data was very clear and very consistent. Given the strong pull of partisanship and the realities of the electoral college system, there is no way an independent can win. That is truer today than ever before," Bloomberg, who could run as a Democrat, said in a statement. "In 2020, the great likelihood is that an independent would just split the anti-Trump vote and end up re-electing the President. That's a risk I refused to run in 2016 and we can't afford to run it now."

Schultz is especially facing blowback from Democrats as he flirts with a 2020 bid.

Protesters did attend the event, with one reportedly yelling insults at Schultz.

Former Housing and Urban Development Secretary Julián Castro, who has already launched his own bid for the Democratic nomination in 2020, said on CNN's State of the Union on Sunday that Schultz could also split enough of the anti-Trump vote to help the president toward re-election.

"Just the other day, there was a fairly comprehensive poll taken that showed, essentially, right now, that the president has a ceiling of about 41 percent or 42 percent in terms of support for him, no matter which Democratic candidate they polled against him. So his only hope, if things stayed the same — and that's a big if — is essentially to get somebody else, a third party, to siphon off those votes. And I don't think that that would be in the best interest of our country," Castro said. "We need new leadership. And so, you know, I would suggest to Mr. Schultz to truly think about the negative impact that that might make."

In a tweet Monday morning, the president seemed to be daring Schultz to enter the 2020 presidential race. "Howard Schultz doesn't have the 'guts' to run for President!" Trump posted online.

Howard Schultz doesn’t have the “guts” to run for President! Watched him on @60Minutes last night and I agree with him that he is not the “smartest person.” Besides, America already has that! I only hope that Starbucks is still paying me their rent in Trump Tower!