Accessibility links
Acting Attorney General Whitaker: Mueller Investigation Close To Completion Matthew Whitaker said that he's been fully briefed on the Russia investigation and that he was looking forward to a final report from special counsel Robert Mueller. 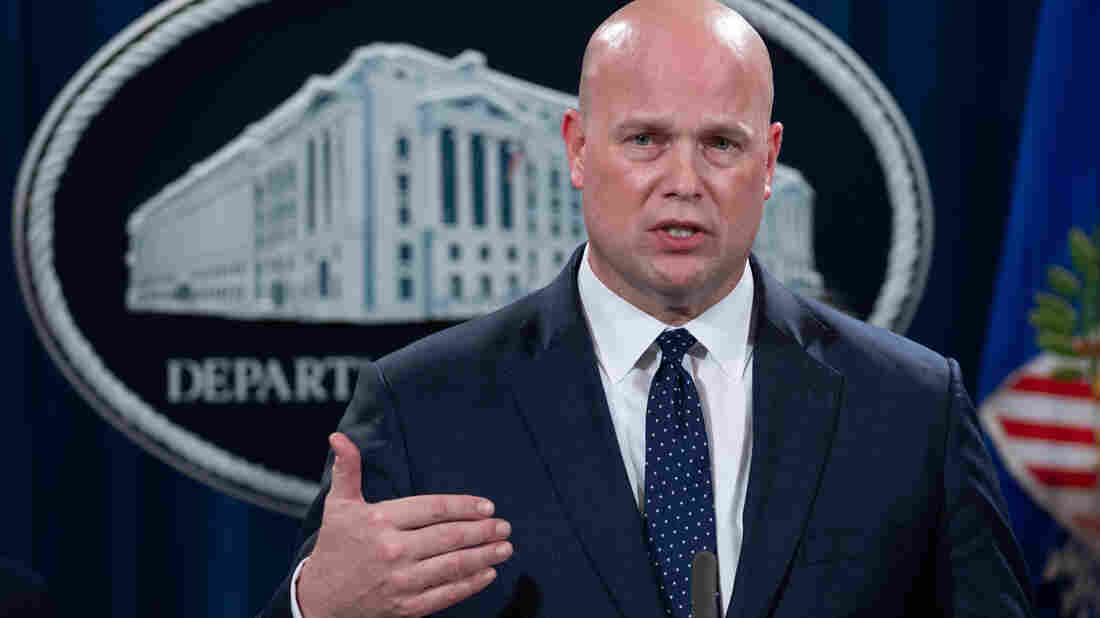 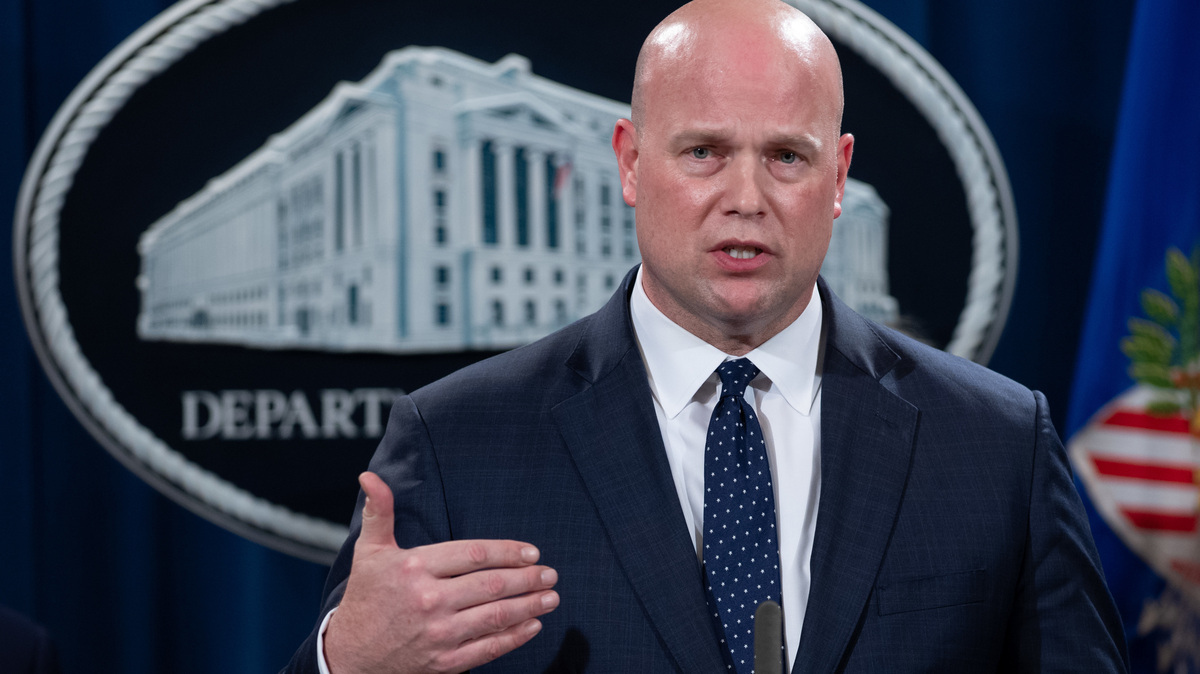 Acting Attorney General Matthew Whitaker speaks during a press conference at the Department of Justice in Washington, D.C., Monday.

Whitaker said he has been fully briefed about Mueller's work and that he is looking forward to reviewing a final report.

"I hope that we can get the report from Director Mueller as soon as possible," he said.

The acting attorney general's comments were a rare official indication of any kind from within the Justice Department about Mueller's work.

The special counsel's investigation is often the subject of theorizing and analysis by outsiders but seldom characterized in any detail by people connected with it formally, even as broadly as Whitaker did on Monday.

The man who commissioned Mueller and who has been supervising him closest, Deputy Attorney General Rod Rosenstein, has defended the conduct and propriety of Mueller's office without detailing it or giving any sense about how far along its work might be.

Mueller is charged with investigating the Russian interference into the 2016 presidential election and whether anyone on the Trump campaign was involved with it. President Trump and the White House deny there was any collusion. 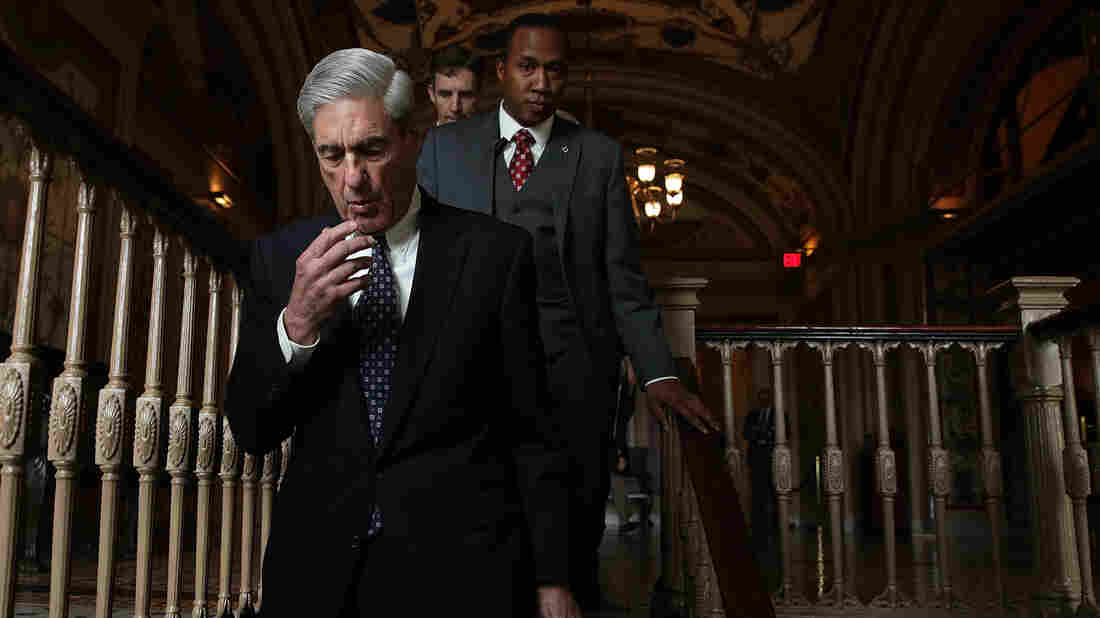 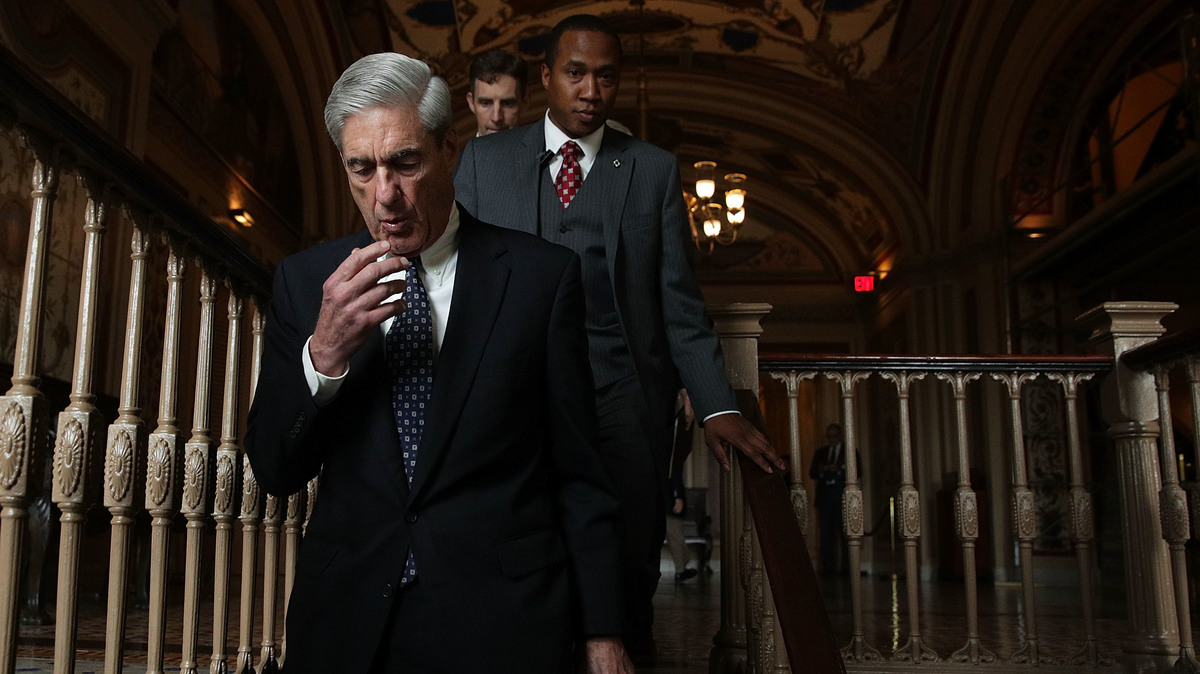 Special counsel Robert Mueller, foreground, arrives at the U.S. Capitol for closed meeting with members of the Senate Judiciary Committee on June 21, 2017. in Washington, D.C.

Whitaker was among the outside voices who faulted Mueller after Rosenstein appointed him in the spring of 2017. The acting attorney general was asked about that skepticism on Monday and said he wouldn't talk about Mueller's work now but said his earlier comments were "made as a private citizen."

Whitaker later joined the Justice Department as chief of staff to then-Attorney General Jeff Sessions, whom President Trump forced out soon after Election Day last year. The president then appointed Whitaker as acting attorney general over the head of Rosenstein, the Senate-confirmed deputy attorney general.

Trump has since nominated former Attorney General William Barr to return to run the Justice Department; he appeared at his Senate Judiciary Committee confirmation hearing earlier this month.

Barr submitted a number of written answers as part of that confirmation process that were released publicly on Monday. They included another commitment to make public whatever report Mueller completes, although all along Barr has been careful to say he would observe the law and Justice Department regulations as appropriate — stopping short of a blanket promise.

The Justice Department's regulations call for the special counsel to give the attorney general a "confidential" report when he completes his work, but nothing compels whoever is acting as attorney general for the purposes of the regulation — whether Rosenstein, Whitaker or Barr — to release it to anyone. (Another regulation requires the attorney general to provide certain notifications and reports to the leadership of the judiciary committees in both the House and the Senate but this regulation does not specifically provide that Mueller's confidential report to the AG must be turned over to Congress.)

Although Barr appears on track to be confirmed, Democrats want a guarantee that whatever Mueller writes will be public. They've also been joined by a few Republicans, including the Judiciary Committee's former chairman, Sen. Chuck Grassley, R-Iowa.

He and Sen. Richard Blumenthal, D-Conn., announced on Monday they've introduced legislation that would mandate explicitly that Mueller issue a report to Congress and establish for certain that his work would see the light of day.

"This bipartisan legislation ensures that Congress and the American people have oversight of and insight into activities and findings of special counsel investigations under any administration," Grassley said.