Accessibility links
Trump Administration Begins Production Of A New Nuclear Weapon The submarine-launched missile is a smaller variant of an existing weapon. The administration says it's needed to deter Russia. 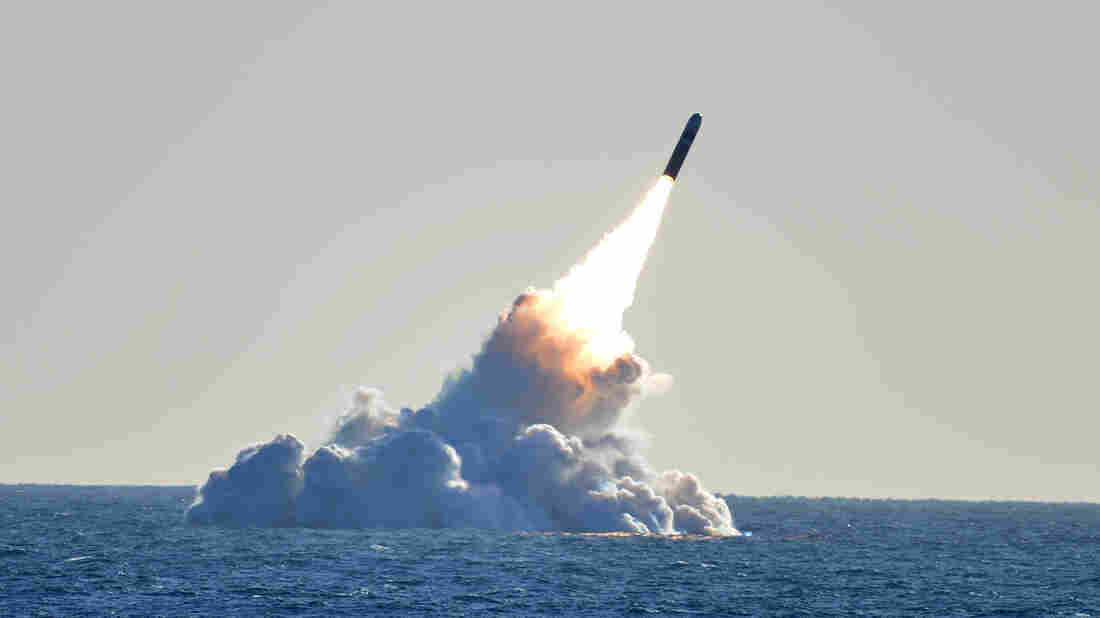 The new weapon is designed to be launched on a ballistic missile fired from a submarine. Petty Officer 1st Class Ronald Gutridge/DVIDS hide caption 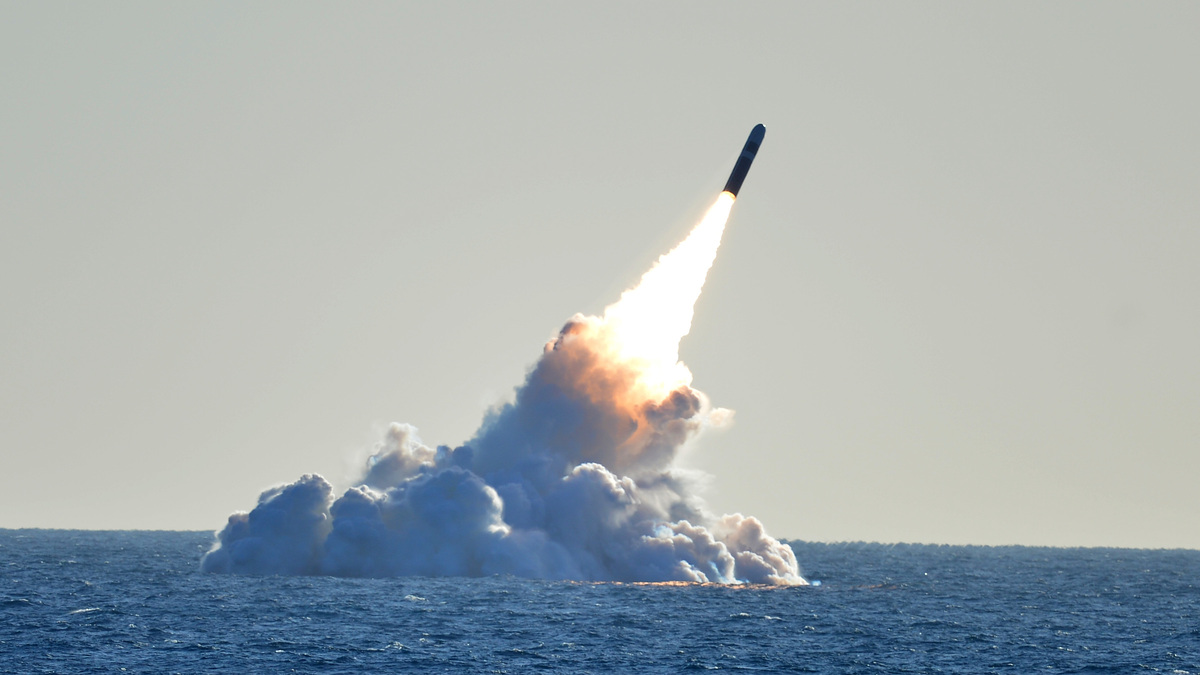 The new weapon is designed to be launched on a ballistic missile fired from a submarine.

The National Nuclear Security Administration says production of the weapon, known as the W76-2, has begun at its Pantex Plant in the Texas Panhandle. The fact that the weapon was under production was first shared in an e-mail to the Exchange Monitor, an industry trade magazine, and independently confirmed by NPR.

The weapon is a variant of the Navy's primary submarine-launched nuclear weapon, the W76-1. That warhead is a "strategic weapon," meaning it makes a very big boom. The W76-1 is believed to have a yield of around 100 kilotons, according to Hans Kristensen, director of the nuclear information project at the Federation of American Scientists, an arms control advocacy group. By contrast, the bomb dropped on Hiroshima had a yield of about 15 kilotons.

The Energy Department would not provide details about the W76-2, but it's believed to have a yield of around 5 to 7 kilotons, Kristensen says. That smaller yield is probably created by removing or disabling the secondary stage of the W76-1. The secondary is designed to deliver a large thermonuclear blast triggered by a much smaller nuclear weapon known as the primary. Removing or disabling the secondary while leaving the primary would, in effect, create a smaller weapon.

Last year the Trump administration made the case for the development of a smaller nuclear weapon that could be launched from a submarine. In a document known as the Nuclear Posture Review, the administration claimed that Russia believed its own, smaller nuclear weapons could give it an advantage in a conflict. By using small, tactical nuclear weapons, the thinking goes, Russia could essentially scare NATO into halting a military operation. "[Moscow] mistakenly assesses that the threat of nuclear escalation or actual first use of nuclear weapons would serve to 'de-escalate' a conflict on terms favorable to Russia," the document says.

However, Kristensen worries the new warhead could actually make nuclear war far more likely. For one thing, he says, the W76-2 will be launched on the same Trident missile used to launch the much larger W76-1. "It's not like the Russians are going to be sitting there saying, 'Well, let's wait to see this one detonate first. Oh, it's a small mushroom cloud! Well, in that case...'"

And even if they did wait, he says, it would not change the fact that the U.S. would have used a nuclear weapon, however small, in a conflict. "A nuke is a nuke," he says. "Once it's used, the gloves are off."

The National Nuclear Security Administration says its first production unit of the new weapon is underway. It is on track to deliver a small number of weapons to the Navy by October of this year.