Accessibility links
4 Houston Police Officers Shot, Another Injured In Drug Raid Police were serving a search warrant on a house where residents were suspected of selling heroin. Two suspects were found dead after a gun fight. No heroin was found. 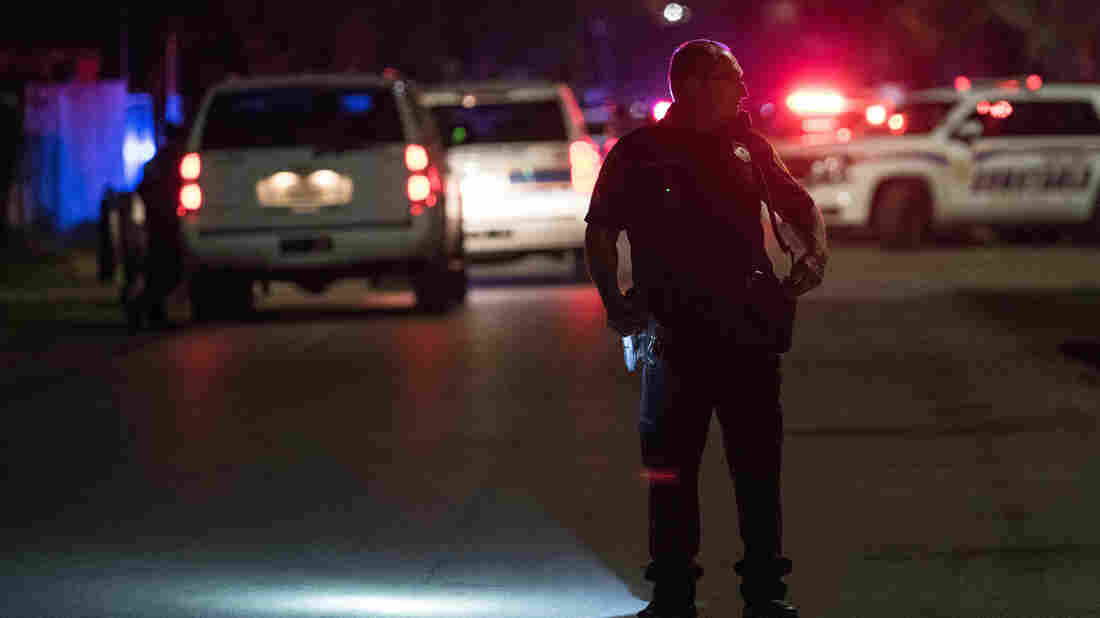 Law enforcement personnel work at the scene of drug raid where four Houston police were shot and another injured on Monday. Loren Elliott/Getty Images hide caption 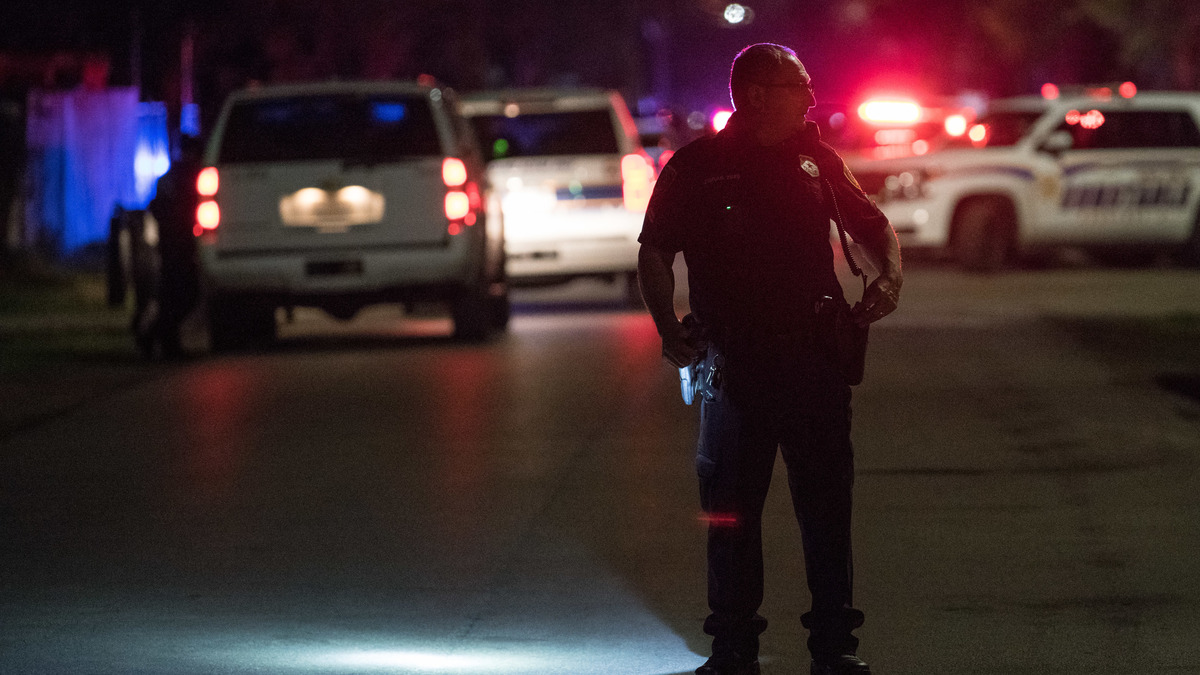 Law enforcement personnel work at the scene of drug raid where four Houston police were shot and another injured on Monday.

Four Houston police officers were shot and wounded, and a fifth was injured, in a drug bust gone awry in a southeast Houston neighborhood Monday afternoon. Two of the officers were struck in the neck, but are reported to be in critical but stable condition.

Two suspects who police said initiated a gun battle were pronounced dead at the scene, according to Houston Police Chief Art Acevedo.

"I want to say right off the bat that no officer has died," said Acevedo in opening an evening news conference.

Acevedo said the officers were serving a search warrant on a house where neighbors had complained about possible drug dealing. He said the people inside were suspected of selling black tar heroin.

"Immediately upon reaching the door, the officers came under fire from one or two suspects inside the house," he said. "It was a pretty chaotic scene over there."

In a news conference Tuesday, Acevedo said in the aftermath of the gun battle officers found no heroin, but had recovered marijuana, an unidentified white powder and two rifles.

Five officers were injured overall, four struck by gunfire. Two officers were in "critical, but stable condition," Acevedo said on Monday. Two of the other officers shot were held for observation. A fifth officer sustained a knee injury during the confrontation.

One officer who was shot in the face is expected to be discharged Tuesday, according to medical authorities cited by the Associated Press. Another is facing several facial trauma surgeries.

A third officer who was shot in the shoulder was released Monday. The officer who injured his knee was described by Acevedo as being in stable condition. No information has been released about the fifth officer.

A Houston SWAT team used robots to enter the house and determine if it was safe for officers. Eventually the police went in and found two suspects who were pronounced dead at the scene.

The names of the officers were not released, although Acevedo described several of them by age and years of service.