Accessibility links
Pack Your Bags And Your Books For A Literary Journey With Librarian Nancy Pearl The latest stack of books from our go-to librarian will transport you to Newfoundland, New Orleans, Sierra Leone, Malaysia, Massachusetts, and the British Isles. 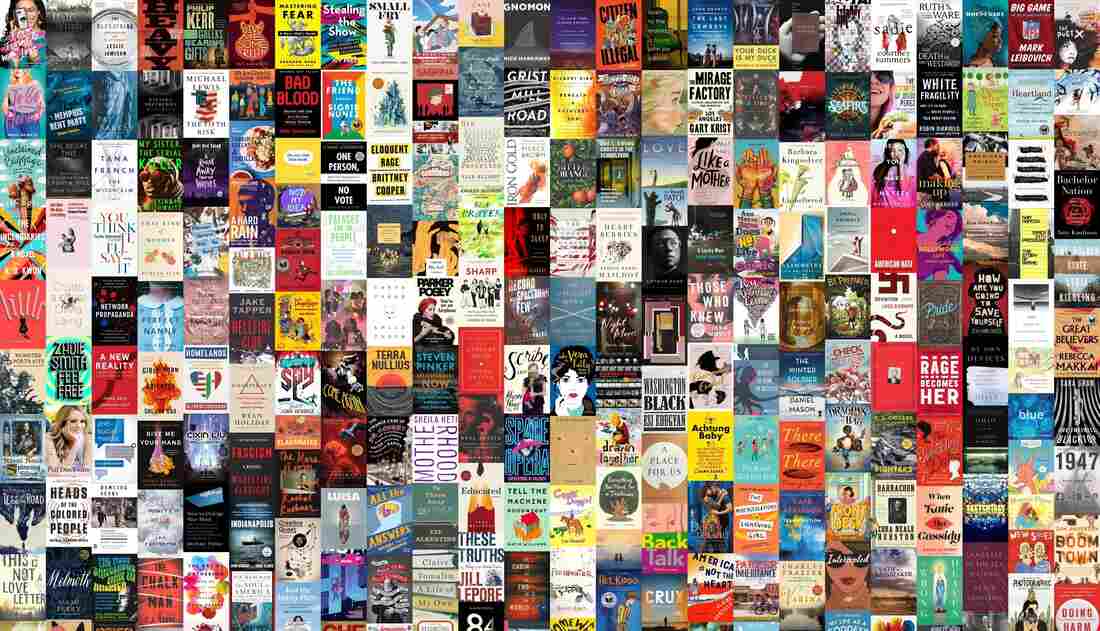 Seattle librarian Nancy Pearl shares her under-the-radar reading recommendations with Morning Edition's Steve Inskeep. Her picks will take you on journeys around the world — and back in time. (These recommendations have been edited for clarity and length.)

The main character is a young woman named Ji Lin who moonlights as a dancehall girl. During one of her working evenings, she makes a rather gruesome discovery. In alternating chapters, we learn the story of Ren, who works as a houseboy for a British doctor. When the doctor dies, he gives Ren his final instructions — to find the finger that the doctor lost during a hunting expedition years ago. It has to be buried with the rest of his body or his spirit will roam the world uneasily forever. These two seemingly totally unrelated characters come together through this quest. [Author Yangsze Choo has] captured, in a very atmospheric way, the time period and the superstitions [of colonial Malaysia in the 1930s]. It's a pretty wonderful book.

The central character in this book is a candlepin bowling alley in a small town right outside Boston. Throughout the book we're spending time with the people whose lives have intersected with this bowling alley, beginning with the woman who founded it, Bertha Truitt.

Elizabeth McCracken is just a delicious writer. This is a book that's quirky, it's a book that's heartfelt. If you're going to write a novel, this is a novel to read to learn how to write a novel — she's a writer's writer. She's able to come up with these outlandishly wonderful situations and make it seem not only real, but that you're going through these experiences with them.

[In] 1992, the Canadian government shut down the [Northwest Atlantic cod] fishing industry because the cod were overfished. So the families who live next to the sea are offered money to abandon their homes and move to make a living in the booming oil and gas business in Alberta. The members of [the Connor] family — the parents and their two children — [must] deal with the potential loss of the way of life that they've always known.

The 14-year-old girl [Cora] goes into abandoned houses and decorates each one as a different country — there's the Italian house, the British house. [Eleven-year-old] Finn believes that he can bring the fish back by using music and the way he goes about trying to do that is heartbreakingly beautiful. Hooper, in addition to being a writer, is a musician — folk music just suffuses this book.

The Memory of Love

Sierra Leone went through a terrible Civil War, from 1991 to 2002, and this book takes place after the war is over. It's about three men and the woman who connects their lives in different ways. Two of the men lived through the war: an older man who is a professor at the University, and a younger man who has become a surgeon. The third man is a British psychologist who comes to the country to try to treat people who were affected by the war.

Aminatta Forna was a journalist for the BBC before she started writing books — [this is her second novel]. She is really interested in the effects of war on the noncombatants. It's a book that you can't read quickly.

What this book did for me was define a new genre in the mystery field — the existential private investigator novel. It's set in New Orleans immediately after Hurricane Katrina. Claire DeWitt is hired to find a missing district attorney. Even though she is a great detective, she knows there are mysteries that you can't solve. One of the mysteries in Claire's life is that her best friend and fellow teen detective disappeared when they were both 13. Throughout the book, we get these great existential quotes about mysteries and life.

I think some people who really want likable main characters are going to have trouble with this book — Claire is a difficult person, she engages in behavior that is dangerous. And yet, there is something about that essential, existential mystery at the heart of all of us that comes through so clearly in this book. This is the first of a trilogy.

Robert Macfarlane, a fellow at Cambridge University, is interested in landscape and language. This book is about how we've lost the specific words for details of the landscape, especially in the British Isles. There are chapters on flatlands, woodlands, mountain lands, water lands.

Each chapter ends with a glossary of words that we no longer use, no longer know. [For example], fleeches — large snowflakes — is that not wonderful?! Macfarlane's a wonderful, beautiful writer (and really interesting to follow on Twitter.)

Librarian Nancy Pearl Maps Out A Plan For Your Summer Reading

Fulfill Your Reading Resolutions With 6 Books From Librarian Nancy Pearl