Accessibility links
'The Invisibles' Reveals How Some Jews Survived Nazi Germany By Hiding In Plain Sight "You just had to ignore the fear in your gut and push it away, become someone else," recalls one Jewish survivor, now 94. "I had to act like a regular Berliner. And this is what saved me in the end." 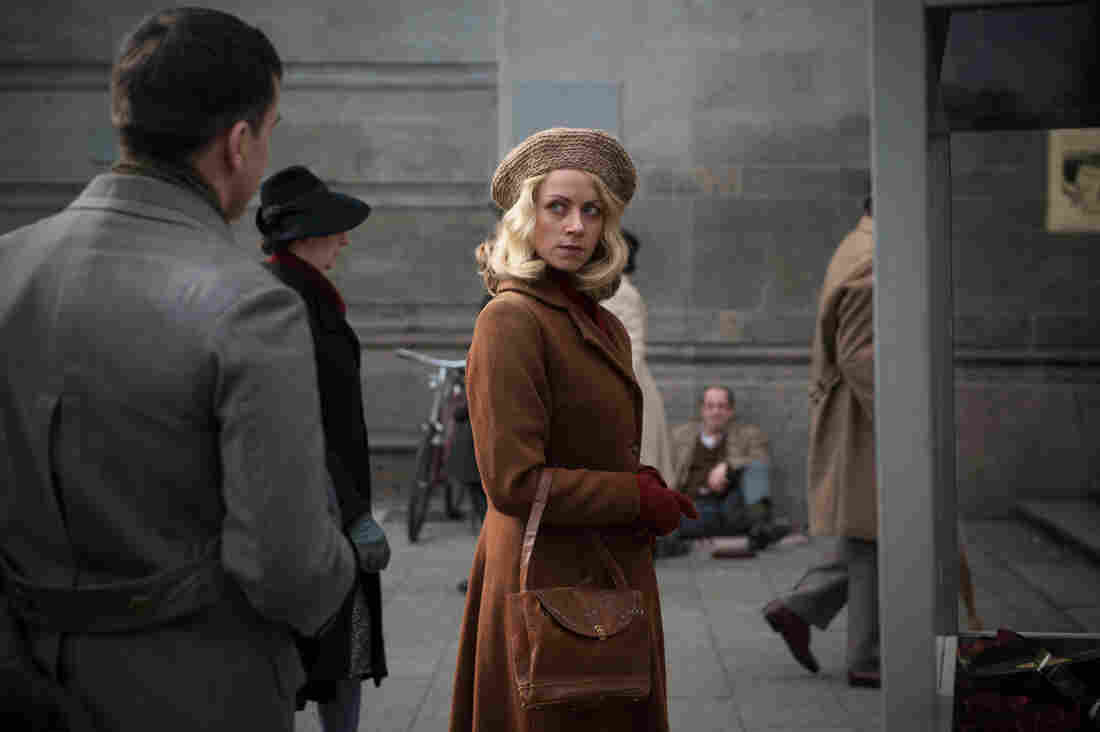 Alice Dwyer plays the young Hanni Lévy in The Invisibles, which focuses on the lives of four German Jews who stayed in Germany during World War II and survived. Greenwich Entertainment hide caption 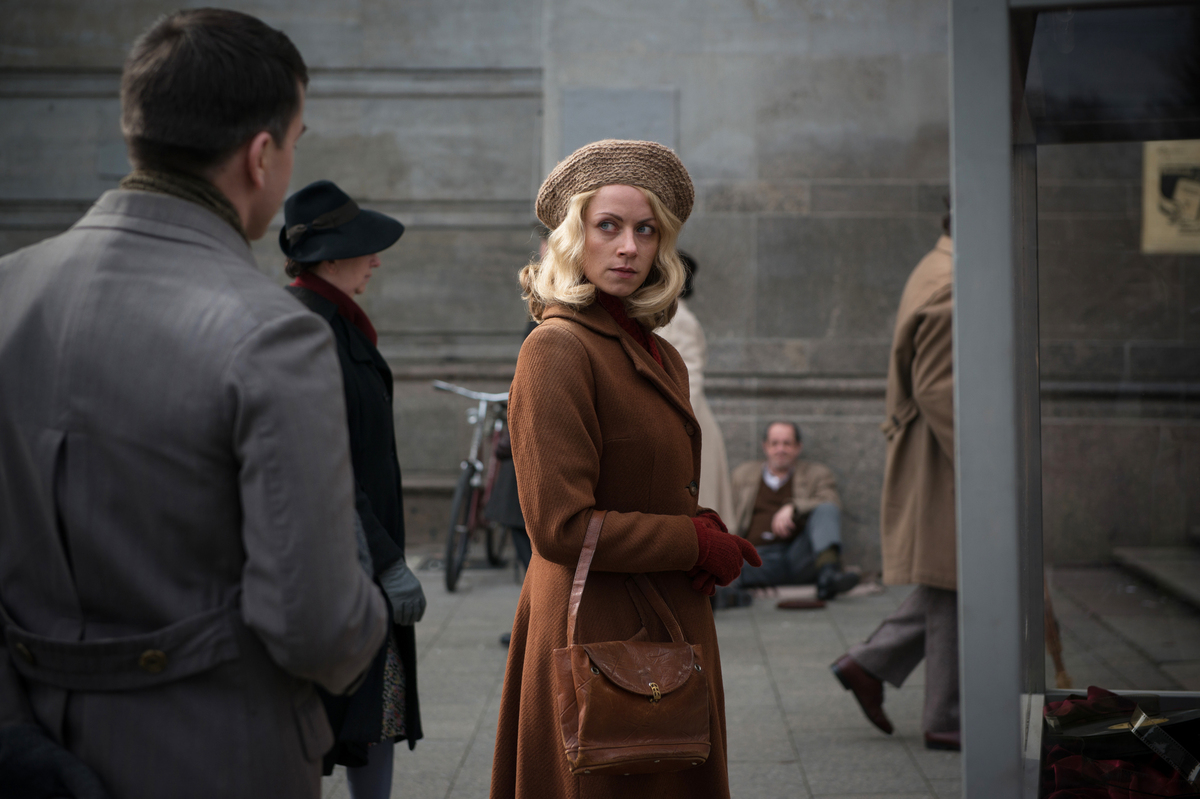 Alice Dwyer plays the young Hanni Lévy in The Invisibles, which focuses on the lives of four German Jews who stayed in Germany during World War II and survived.

Today, the petite and lively 94-year-old lives in Paris. Earlier this month, she returned to Berlin, her home during the war years, to attend the screening of a film about her and other Jews who survived while hiding under the noses of the Nazis.

The Invisibles, a German documentary-drama based on the accounts of four survivors, opened Friday in the U.S.

In the film, Lévy is depicted first at age 17, sitting in her Berlin apartment in 1943, with the Gestapo pounding on the door.

"That's when I knew it was now or never," Lévy tells NPR. "I knew I had to disappear. When they knocked like that, usually you had to open. But I didn't."

She managed to slip out of the apartment that day and escape.

Her parents had died of illness. Her grandmother and another Jewish family she had lived with had been deported. She was living alone and working as a forced laborer at a factory, sewing parachutes. In February 1943, the Gestapo carried out the Fabrik-Aktion or "factory action," the last major arrest of Jews to be deported to Auschwitz.

Taking only her coat and handbag, Lévy hid in her large apartment building until nightfall. Then she made her way to the home of non-Jewish friends of her parents, the only people she felt she could trust. They took her in. It would be the first of many such places of refuge.

Staying with these family friends, Lévy removed the yellow star that Nazis forced Jews to wear, dyed her hair blond and began a new life as Hannelore Winkler.

"You just had to ignore the fear in your gut and push it away, become someone else," Lévy says. "I had to try to lose myself in the masses and forget that I was scared and that I was someone who once submitted to the Nazi race laws. I had to act like a regular Berliner. And this is what saved me in the end." 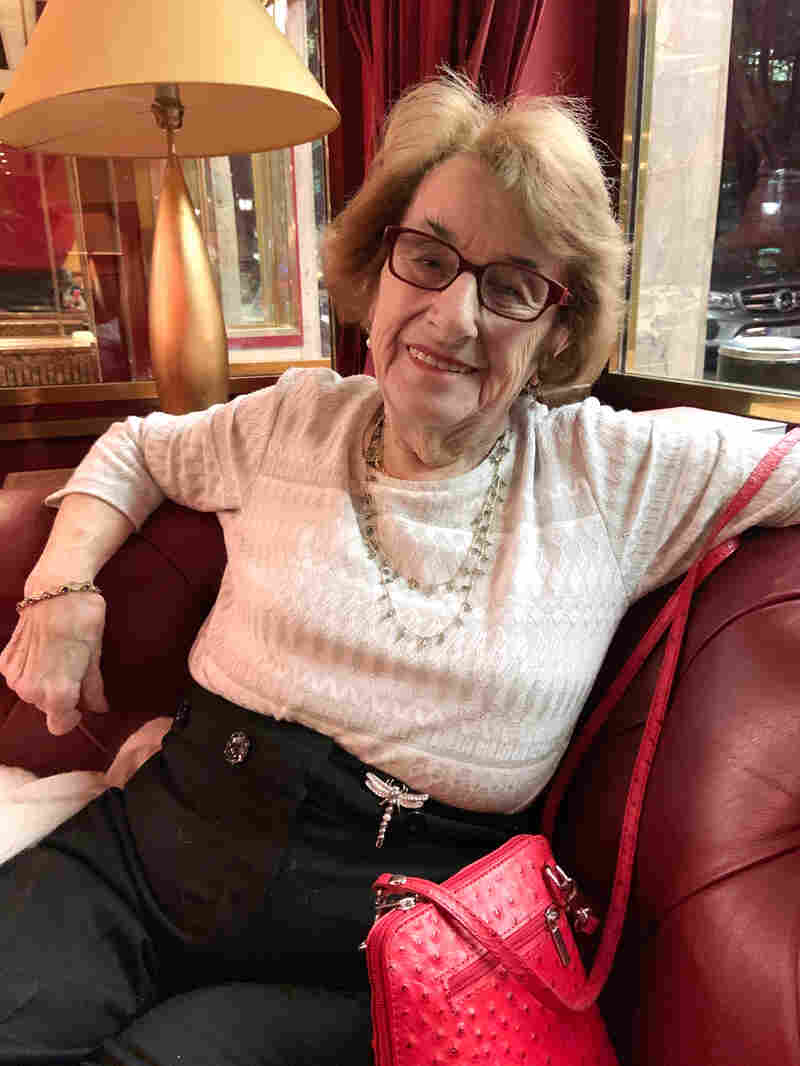 "I knew it was now or never," says Hanni Lévy, 94, recalling when the Gestapo knocked on her door in 1943. "I knew I had to disappear." Eleanor Beardsley/NPR hide caption 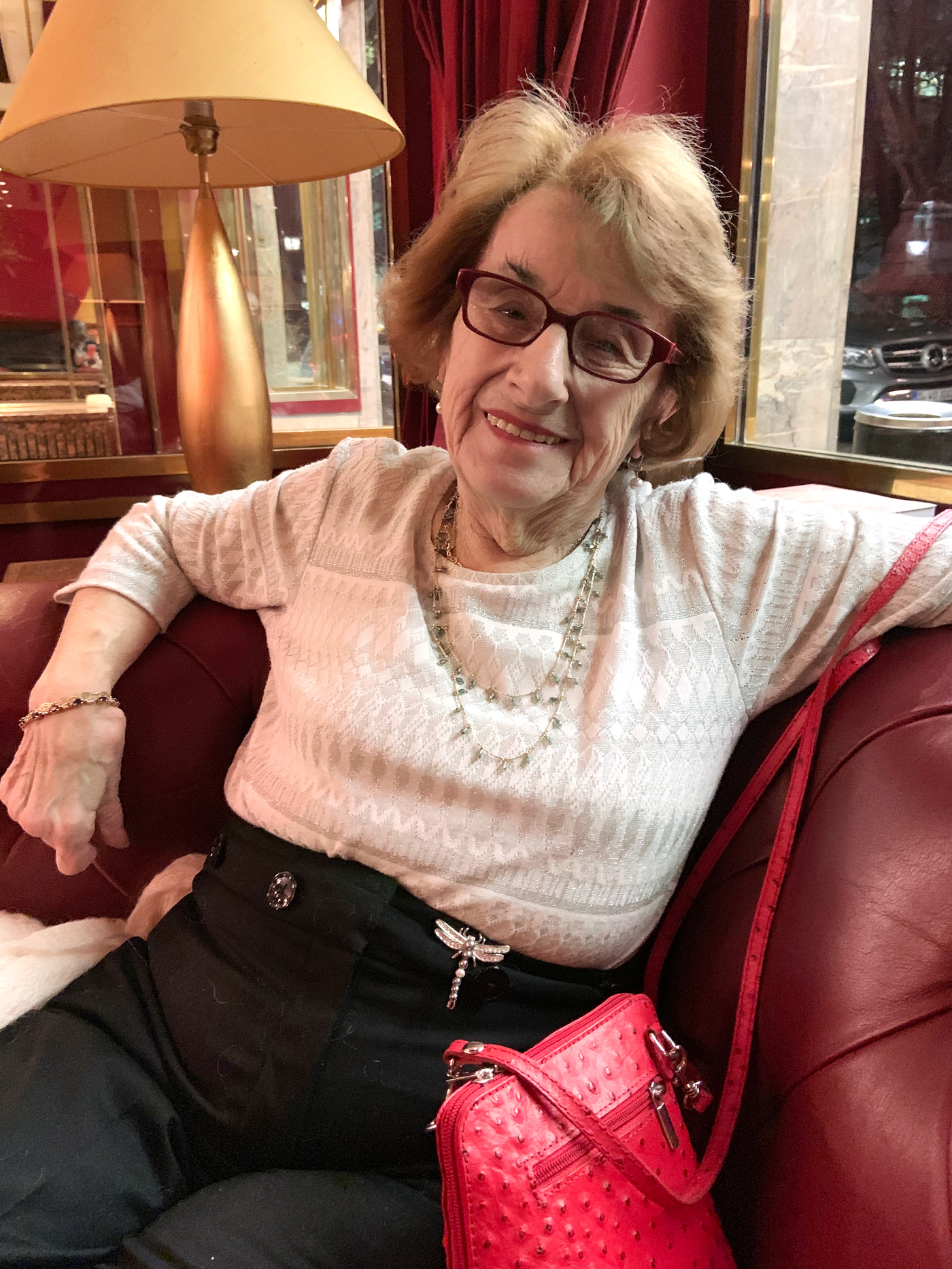 Barbara Schieb, a historian with Berlin's German Resistance Memorial Center, says Jews often went completely underground in Nazi-occupied countries, sometimes helped by resistance movements. But for Jews in Germany — where potentially everyone was a Nazi and there was no organized resistance — Schieb says people had to hide in plain sight.

"They just said, 'I'm somebody else,' " says Schieb. "They invented a new Aryan-sounding identity. And for this, they needed helpers. They needed a home, something to eat, money, of course — and they needed false documents. But they were visible. You see it in the film, how they are working, meeting. And yet they are invisible. It's the false identity that is visible."

German director and producer Claus Räfle, a 30-year veteran of the film industry, says he made The Invisibles because he finds the stories of people who have to hide themselves in their own hometown amazing.

"They have to climb into different identities, and these stories are so full of tension and emotions because every day is full of risks," he tells NPR. "Every day, you can be arrested. Every day, someone can notice something strange about you. And I thought this is something that never happened before."

Räfle's movie, a drama re-created around the interviews with survivors, is interspersed with footage of Berlin during the war. It was released in Germany in 2017 and aired on German prime-time television last week.

"These are some of the last victims of Nazism who could tell their story in a very interesting and touching way," he says. "It proved it happened and that some people were helping, and that made a difference."

In addition to Lévy's story, the movie focuses on the survival of three other young Jewish Berlin residents who made it through the war years. Today, Lévy is the only one of those four still living.

One of the other survivors, Cioma Schönhaus, was an art student who became an expert forger of documents. Another, Ruth Arndt, was a young woman who worked in a German officer's house. He knew she was Jewish but kept the secret. Eugen Herman-Friede escaped suspicion by wearing the Hitler Youth uniform of the son of the family who hid him.

In the film, for which interviews were conducted 10 years ago, the four survivors talk of the constant fear, the hunger and cold they experienced. They recall a culture of denunciation so pervasive that sometimes Jews denounced other Jews in the hope of avoiding a horrible fate.

But they also talk with admiration about the people who helped them survive. "These people sheltering me had to live with just one food ration card," Lévy tells NPR. As Allied bombings of Berlin increased near the end of the war, "they often went into public bunkers with me so I wouldn't be seen in their basement. They kind of sacrificed themselves to live my life."

Stories of the thousands of Jews who went into hiding in the heart of Nazi Germany only came to light in the late 1980s, says Schieb. It took the generations born after the war to unearth and document them.

"It's tragic, but that's the way it is," says Schieb. "The first generation of this [postwar] country was not capable of doing this research. It was the next generation who pushed it. They asked, how could all this happen?"

Schieb says about 1,900 Jews survived the war while hiding in and around Berlin. Some of the stories of those who helped them are documented at the German Resistance Memorial Center in an exhibition called "Silent Heroes."

Schieb says that in 1933, about half a million Jews lived in Germany, which then had a population of 80 million. A third of the country's Jews lived in Berlin. She says about 300,000 Jews escaped before the Holocaust and 165,000 were deported. The survivors included those in mixed marriages, those who returned from the concentration camps and those who went into hiding.

Michael Müller was among those in the audience at the Berlin screening of The Invisibles. Of Lévy, he says, "She helps us account for our difficult past and learn for the future."

Marianne Enzensberger, 72, also in the audience, marveled at Lévy's generosity. "I adore this lady, that she can forgive everybody," she says. "I would never be able to do that. I can't forgive my own people for what they did."

With her was a friend, Marianne Rosenberg, whose father was Jewish and survived Auschwitz. Both women say they are worried today about the rise of the far right in Germany and Eastern Europe.

"I'm very angry about what's happening," says Enzensberger. "German people say, 'Oh, this happened so long ago,' but it was just a flash in history, a few short years ago. And some of the youngsters today, they don't know about anything."

Sophie Achenbach, 26, was stunned by The Invisibles. She says she knew about the horrors of Auschwitz but never imagined the daily injustices in the city where she lives that led up to the Holocaust.

"If you watch the movie and think about the daily lives they had — that Jews couldn't go to the doctor, that they couldn't use the public transportation, all these things," says Achenbach, "I never thought about that. And living in Berlin, this all felt very close to me. Where the movie takes place is where you walk every day."

Like most German Jewish survivors, Lévy left Germany after the war. She has lived in Paris since 1946 and says Paris is her home, the place where she has raised her happy family.

But she calls Berlin her secret garden.

"I can't forget the time I lived in Berlin," she says. "I lost my parents, and my grandmother was deported. I started another life here and lived on the margins. It's not possible to strike that from my life."

Lévy says she has no bitterness — only gratitude for the extraordinary people who helped her stay alive.