Accessibility links
Roger Stone Pleads Not Guilty In D.C. Federal Court Following Florida Arrest The longtime GOP consultant and self-described "dirty trickster" was indicted on charges of obstruction, making false statements to Congress and witness tampering. He says he has done nothing wrong. 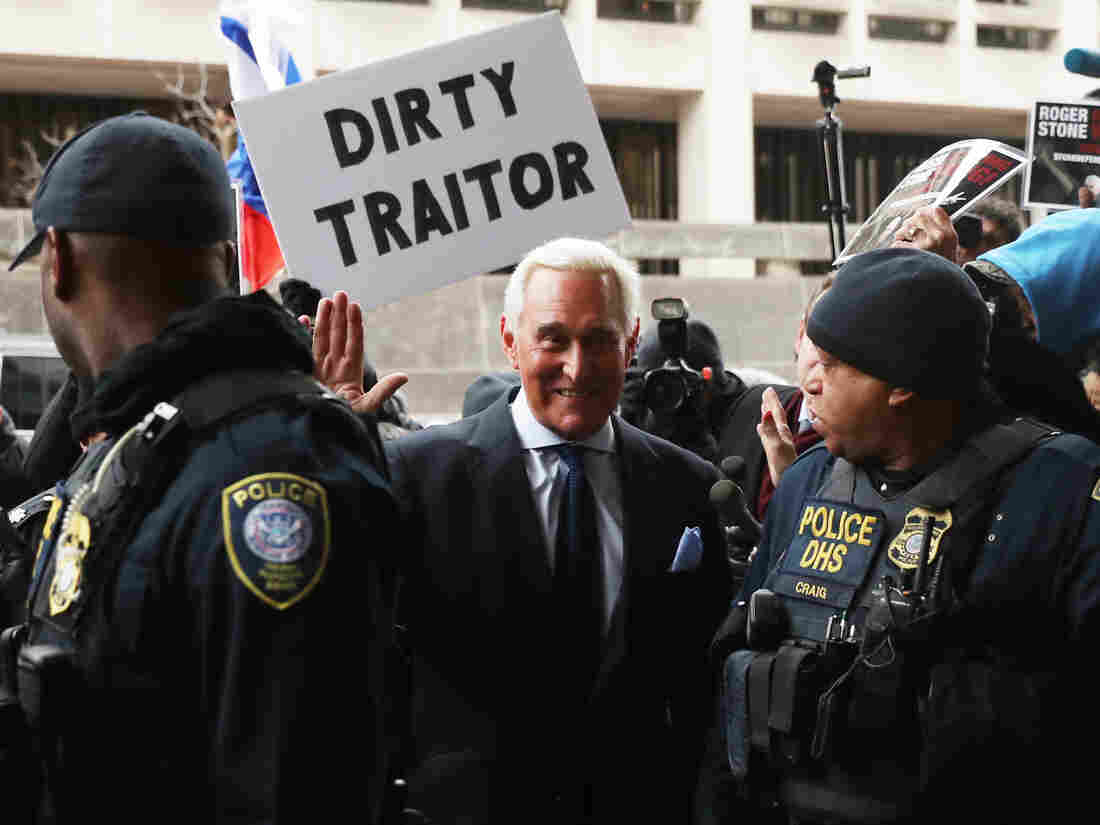 Roger Stone arrived at the federal courthouse in Washington on Tuesday for his arraignment. The longtime political consultant pleaded not guilty to the charges of false statements and obstruction. Andrew Harnik/AP hide caption 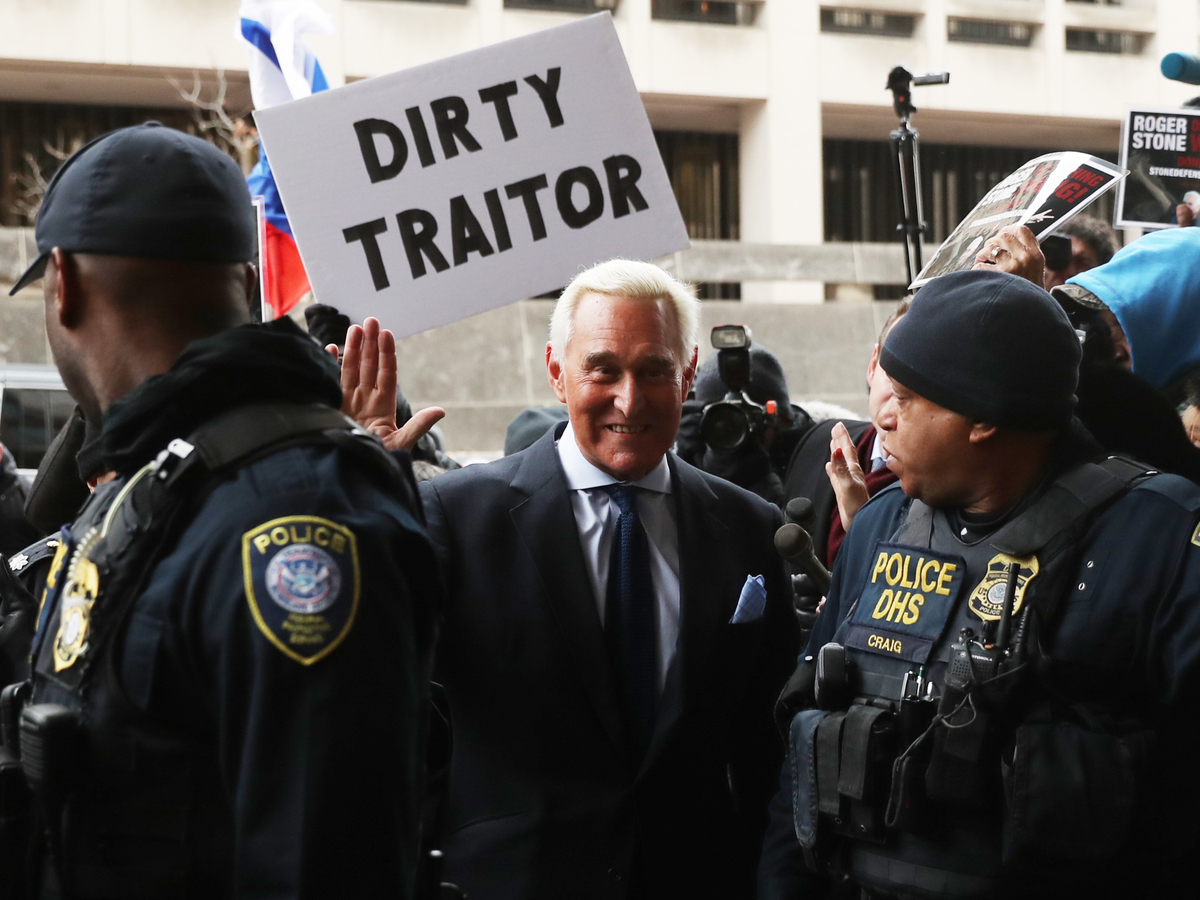 Roger Stone arrived at the federal courthouse in Washington on Tuesday for his arraignment. The longtime political consultant pleaded not guilty to the charges of false statements and obstruction.

Stone was arrested Friday in South Florida, but the grand jury that indicted him operates in the nation's capital, so he could eventually face trial in Washington.

Stone was indicted on one count of obstructing a proceeding, five counts of making false statements to Congress and one count of witness tampering — prosecutors allege that he tried to persuade another witness to lie to Congress, too.

He appeared on Tuesday in a blue suit, a bright blue tie and a pocket square. attorney Robert Buschel entered the plea.

Justice Department prosecutor Jeannie Rhee said in court that the office of special counsel Robert Mueller and the U.S. Attorney's Office for Washington, D.C., would jointly try the Stone case.

Prosecutor Michael Marando asked the judge for the same conditions imposed in Florida to apply to Stone in Washington.

The magistrate judge advised Stone not to have any contact with witnesses in his case, not to apply for a new passport and not to travel except between his home and the court in D.C.

Stone said he understood. He was ordered to appear on Friday for another hearing.

Demonstrators — both pro-Stone and anti-Stone — thronged outside the courthouse along with journalists and photographers.

Stone says he has done nothing wrong, and he has complained about his treatment from the FBI and from the Justice Department since his arrest. He used a series of media appearances to declare that he has been wronged and to vow to fight the charges.

Stone also rejected the idea that he had any inside line to WikiLeaks, which released materials in 2016 stolen by Russia's military intelligence agency, or that he was part of a conspiracy to help swing the 2016 election for Donald Trump. 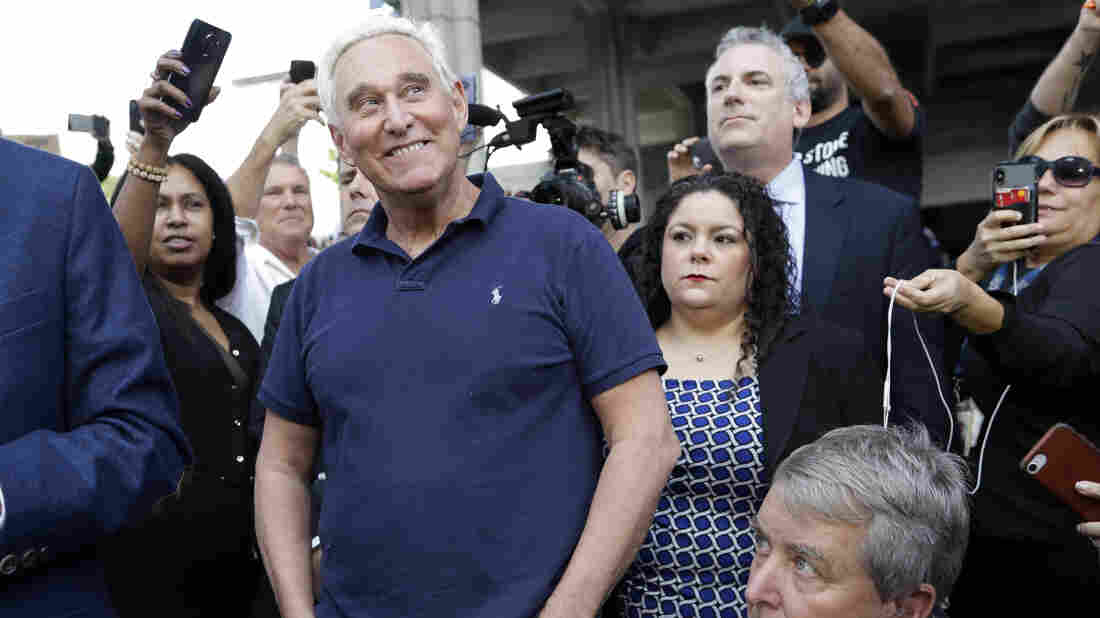 Roger Stone, a confidant of President Trump, walks out of the federal courthouse last Friday in Fort Lauderdale, Fla. He was in court again on Tuesday and will be again this Friday. Lynne Sladky/AP hide caption 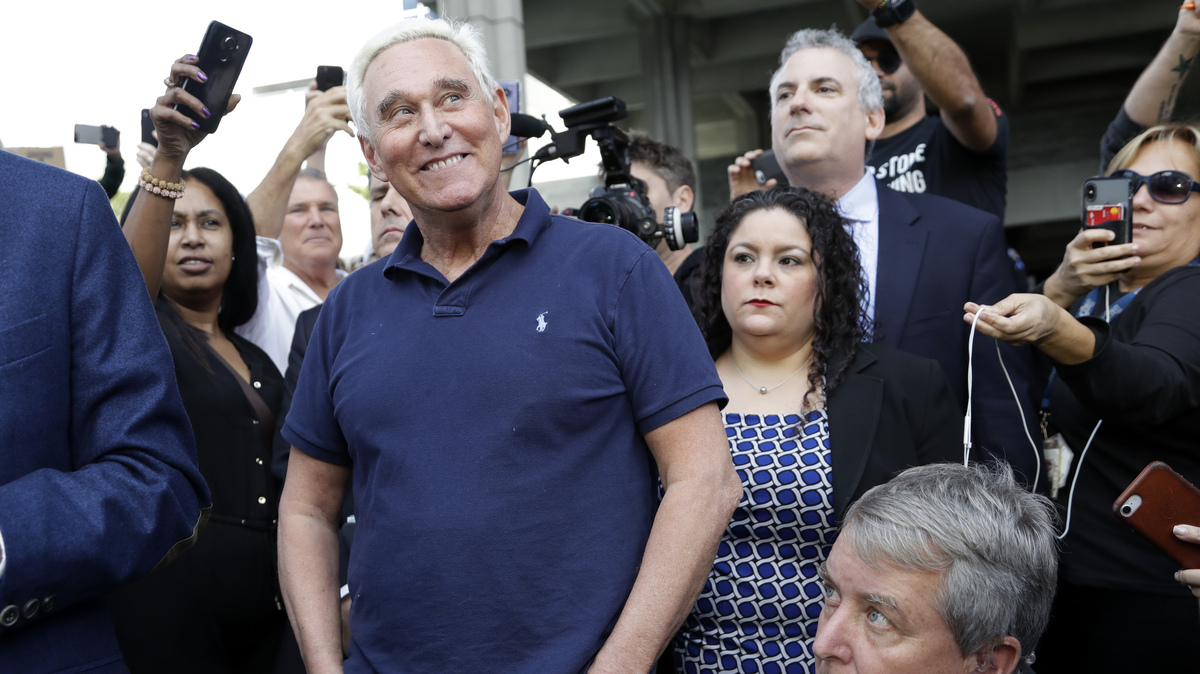 Roger Stone, a confidant of President Trump, walks out of the federal courthouse last Friday in Fort Lauderdale, Fla. He was in court again on Tuesday and will be again this Friday.

"All I did was take publicly available information and try to hype it to get it as much attention as possible," he said Sunday during an interview with ABC News.

Stone has acknowledged much of the substance of the indictment unveiled last week: He heard from Trump's top political lieutenants, including deputy campaign chairman Rick Gates and, later, top campaign boss Steve Bannon, about WikiLeaks' intentions for the 2016 race.

Stone also acknowledged talking on the phone with Trump himself but said all these contacts were "benign" and that all he has done is be the political professional he has always been.

Stone also told ABC on Sunday that he might be open to cooperating with the office of special counsel Robert Mueller but then told TV crews outside his home on Monday that he has no intention of entering into any kind of plea deal with the Justice Department.