Accessibility links
Would Howard Schultz's Independent Bid Help Trump To Re-election In 2020? The former Starbucks CEO has a better chance than most because of his wealth, but there are reasons George Washington was the nation's only independent president. 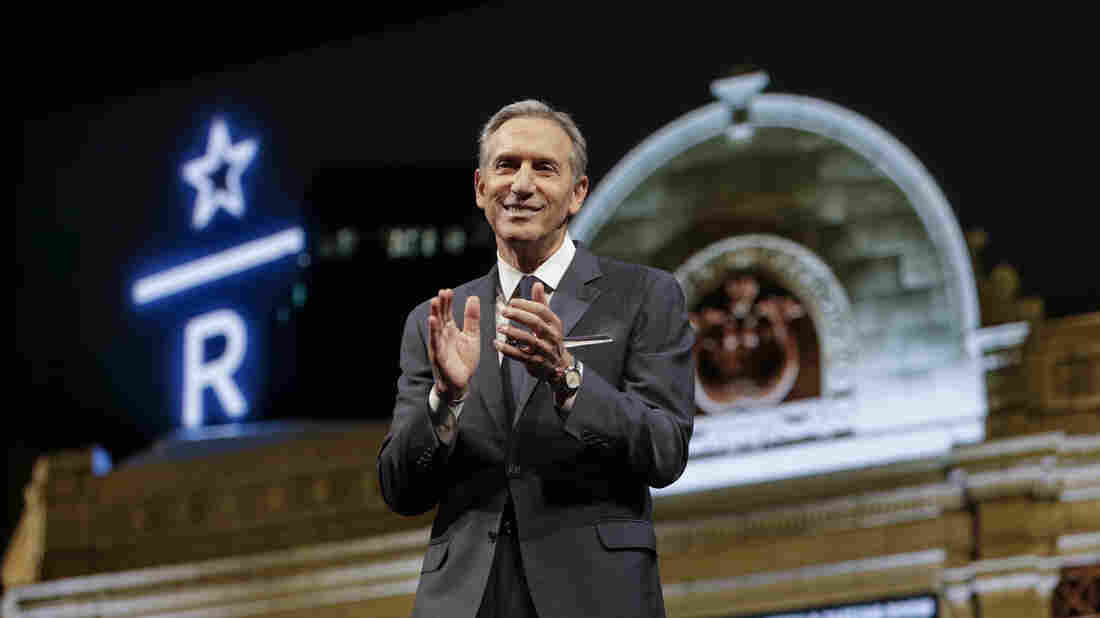 Potential candidate Howard Schultz said he wants nothing more than for President Trump to be defeated, but he fears Democrats will nominate someone too far to the left. Jason Redmond/AFP/Getty Images hide caption 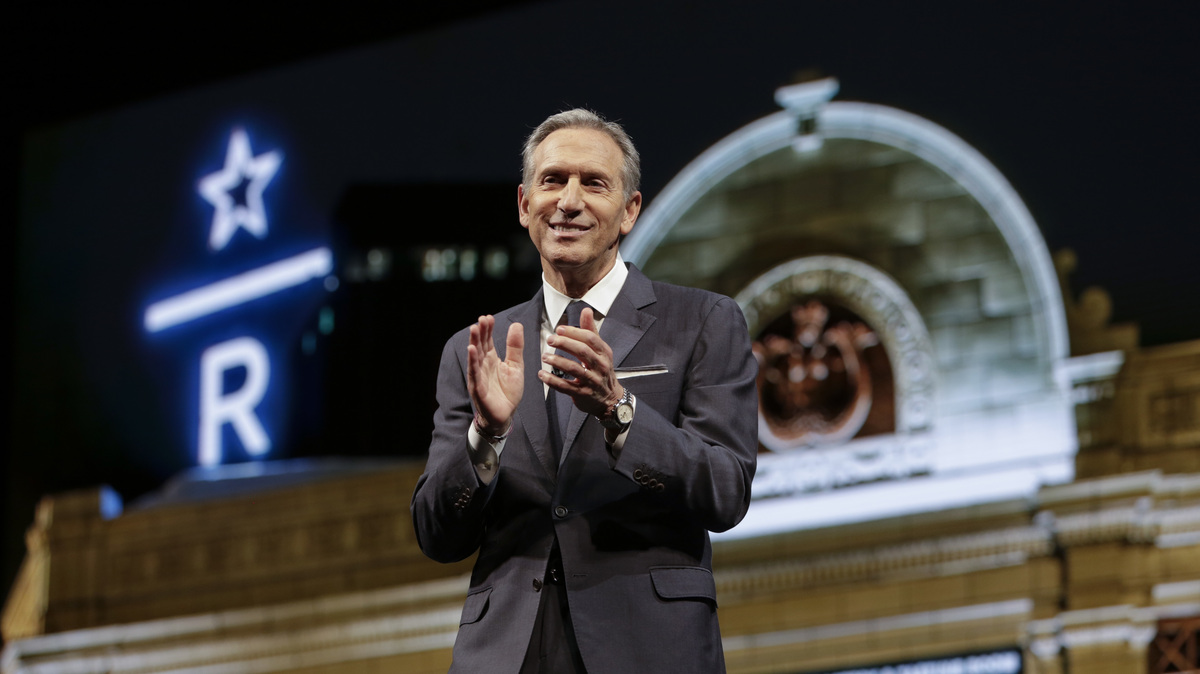 Potential candidate Howard Schultz said he wants nothing more than for President Trump to be defeated, but he fears Democrats will nominate someone too far to the left.

There has been no shortage of reaction to former Starbucks CEO Howard Schultz's declaration that he is seriously considering running — as an independent — for president.

Democrats have warned that he would get President Trump re-elected if he goes through with it. Trump seemed to be baiting him into running, tweeting that he doesn't have the "guts" to do it. Former Obama adviser David Axelrod tweeted that it would be such a "gift" to Trump that the president should give Starbucks free rent in Trump Tower.

For his part, Schultz believes there is an opening in the middle.

"I can't think of anything that is a more quintessential expression of our democracy than providing the American people with a choice that doesn't have to be binary between a Republican and Democrat," Schultz told NPR's Steve Inskeep in an interview that aired Tuesday on Morning Edition.

Schultz said he wants nothing more than for Trump to be defeated, but he fears Democrats will nominate someone too far to the left.

"If there is a choice between President Trump and a progressive, liberal-minded person on the Democratic side, it would kill me to see President Trump be re-elected," Schultz, a "lifelong Democrat," said in his interview on NPR. "And I believe that's what would take place."

Schultz is afraid Democrats will nominate someone radical, but what he's proposing, of course, is pretty radical, too. There are lots of hurdles to an independent bid for the president. And there are reasons why George Washington, the country's first president, was the first and only "independent" to serve as president.

The political parties are entrenched in the United States, and it's not just because of money and power. It's also because the 12th Amendment of the Constitution requires a candidate to win a majority of electoral votes to be president. (If they don't, in short, the House decides.)

That American political structure lends itself to a binary choice; it's much easier to get a majority when picking between two than among more than that. Schultz makes the case that some 40 percent or more of the country identifies as independent.

"Did you also read that of 42 percent of the electorate, 42 percent, 30 percent are registered independents and 12 percent currently affiliate themselves with the independents?" Schultz stressed on Morning Edition. "Also, I believe that there's never been more dissatisfaction, certainly in my lifetime, with both parties."

While it's certainly true that both parties are publicly viewed with disregard, it's also misleading to suggest that 4 in 10 voters are truly swing voters in America or that they are potentially winnable as a single block.

That's millions of people, but hardly nearly half the electorate.

Party identification remains one of the strongest indicators of how someone will vote, political scientists have found.

"The misconception around his campaign is there's this big proportion looking for a third candidate," said Samara Klar, a professor at Arizona State University, who studies independents. She co-authored the book Independent Politics.

Klar notes that only about 7 percent of people who identify as independents truly don't like either party. About 90 percent, she said, "almost never don't vote for that party" that they do like or with which they align ideologically.

The parties are viewed about as poorly as they've ever been viewed, and few Americans see the country as headed in the right direction. That certainly lends itself to the idea that there's an opening for a third party. But "independents" are not a monolith; they don't collectively agree on the issues.

Schultz argues that the biggest problem facing the country is the ballooning national debt. That's something Ross Perot trumpeted in his unsuccessful, but attention-grabbing, bids for the presidency 1992 and 1996. Perot, a lifelong Republican oil man, was able to get almost 1 in 5 votes in 1992, which some believe, cost George H.W. Bush re-election; although not everyone agrees. 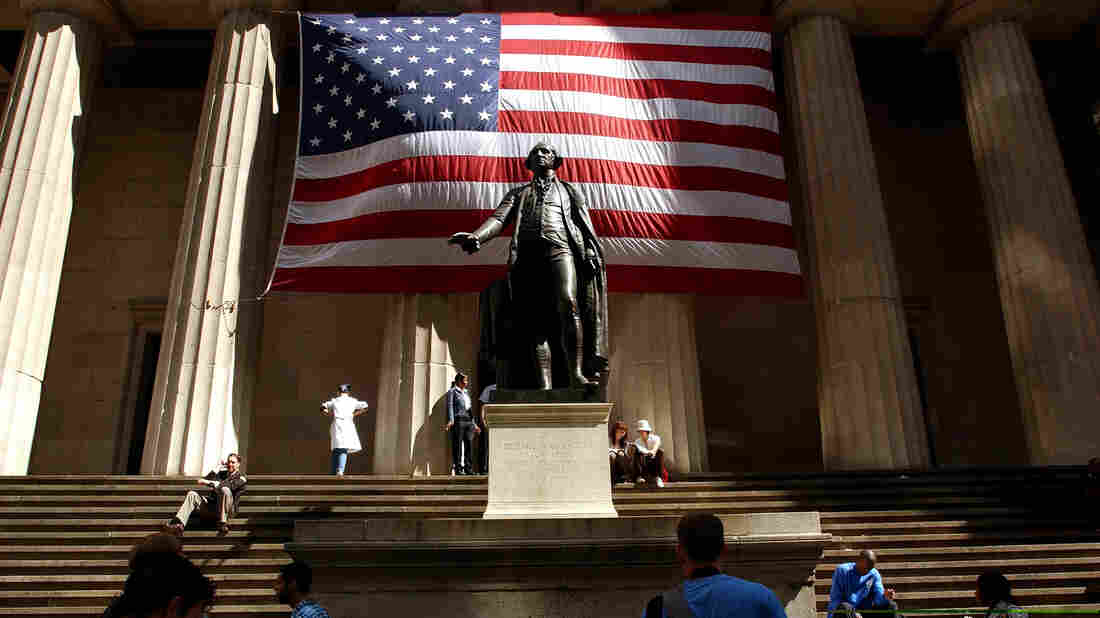 Our first president, George Washington, was also the last to not be officially affiliated with a political party. Spencer Platt/Getty Images hide caption 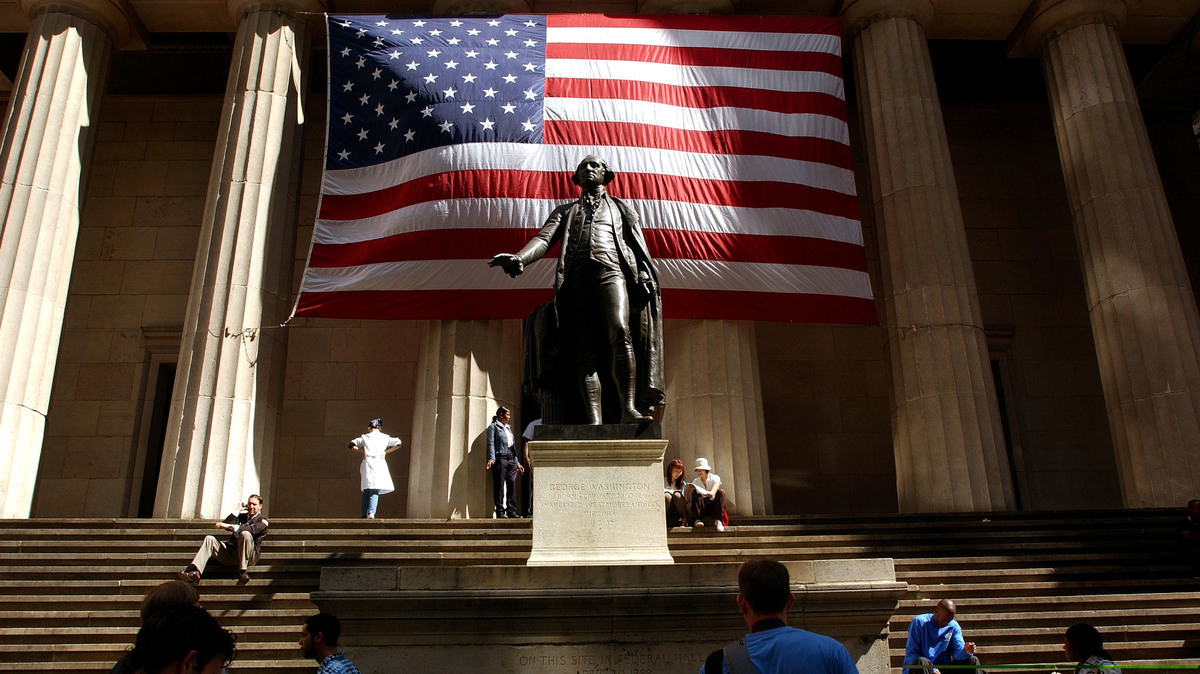 Our first president, George Washington, was also the last to not be officially affiliated with a political party.

Schultz believes Democrats want to go too far on health care, saying the country can't afford free health care for all. (Not all Democratic candidates are proposing that.) But Schultz also supports the Affordable Care Act, is critical of Trump's immigration policies and is in favor of same-sex marriage and abortion rights.

That doesn't cleanly fit with any party — or with any of the groups within the Pew typology.

"Running as independent, you don't have a natural base," said Alex Conant, a Republican strategist who was an adviser on Marco Rubio's 2016 presidential campaign and who has worked for the Republican National Committee. "He is literally starting at zero compared to a Democrat or a Republican, both of whom are going to start at around 35 percent in the polls. And so he's got a very low floor, and frankly a lower ceiling, because you've got about 70 percent of the country that's always going to vote for one or one of the two major parties."

As many hurdles that exist, is Schultz the kind of candidate who can galvanize enough voters to his side?

He certainly has enough money to undertake the difficult task of getting on the ballot in all 50 states and be a threat. And, some argue, there is an opening for someone who can exploit it well.

"You can't discount an independent candidate at this stage in American politics," said Luis Miranda, a Democratic consultant and a former communications director at the Democratic National Committee. "You have a much weaker party system today" than in the 1990s when Perot had a degree of success.

"The opposition to Donald Trump is as solid as granite," Kessler said. "The only thing that can splinter it is if more than one candidate can lay claim to that block, and that's what an independent can do that is running from the center."

In this rocky period of American politics, anything is possible, and if Schultz runs, this debate won't be theoretical.