Accessibility links
Stacey Abrams To Give Democratic Response To Trump's State Of The Union Abrams tried last year become the nation's first African-American woman to win a governor's race but fell short. She was an outspoken voice during the race against voter suppression tactics. 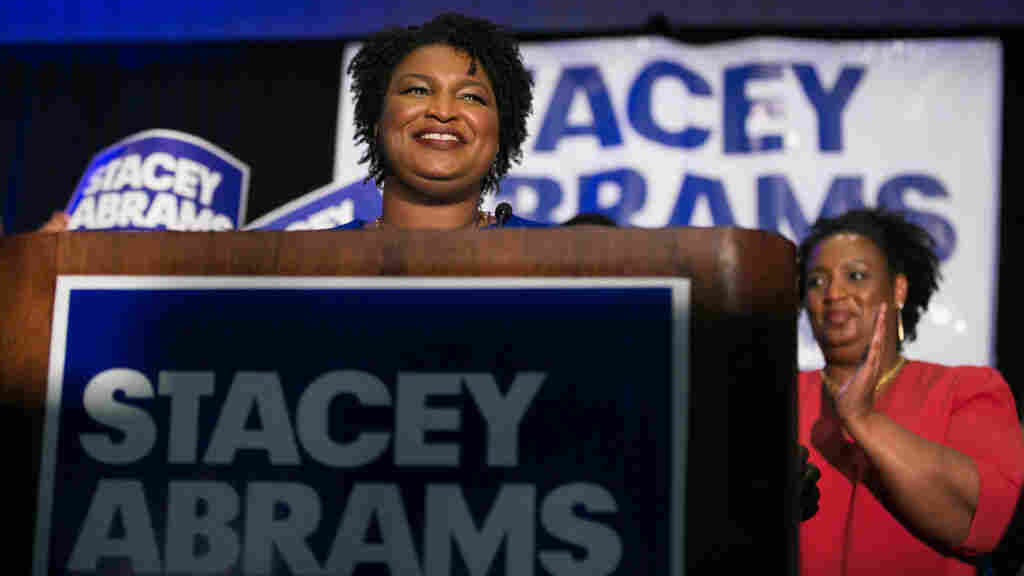 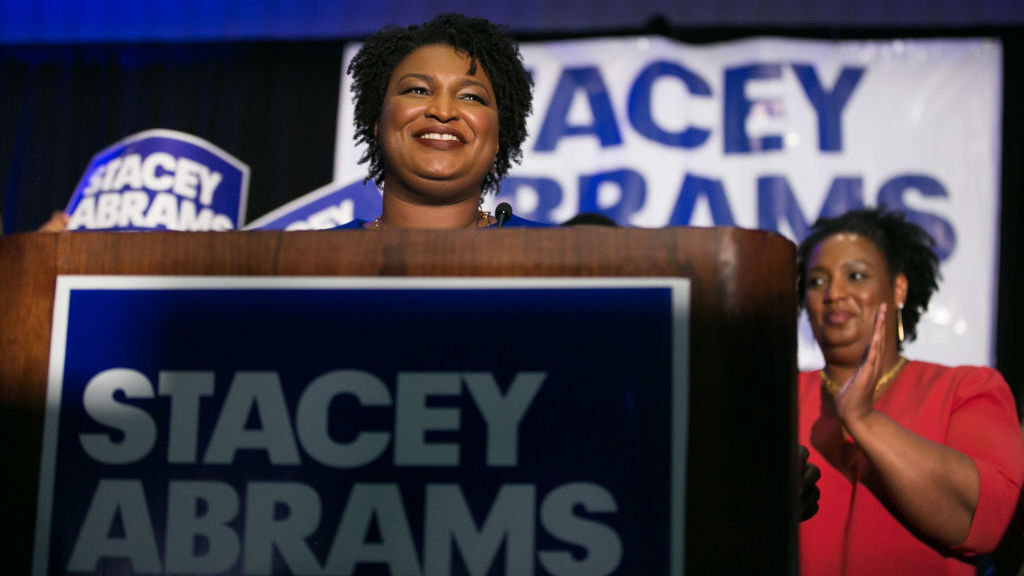 Then-Georgia Democratic gubernatorial candidate Stacey Abrams takes the stage to declare victory in the primary during an election night event in May 2018.

Former Georgia gubernatorial candidate Stacey Abrams will give the Democratic response to President Trump's State of the Union address next week.

Senate Minority Leader Chuck Schumer, D-N.Y., announced the selection of Abrams on Tuesday, saying he extended the offer to her about three weeks ago and was excited she had accepted to give the rebuttal on Feb. 5.

"She is just a great spokesperson. She is an incredible leader," Schumer told reporters at the Capitol. "She has led the charge for voting rights, which is at the root of just about everything else. And she has, if you look at her background — she knows what working people, middle-class people go through."

And House Speaker Nancy Pelosi, D-Calif., said she was thrilled Abrams had accepted, saying that in the 2018 campaign her "electrifying message reinvigorated our nation & continues to inspire millions in every part of the country."

We are thrilled to have @StaceyAbrams deliver the Democratic Response to the State of the Union. Her electrifying message reinvigorated our nation & continues to inspire millions in every part of the country. #SOTU https://t.co/ISywFm7PQ3 pic.twitter.com/JiuOA9kTyj

Abrams tweeted that she was honored to be delivering the response.

At a moment when our nation needs to hear from leaders who can unite for a common purpose, I am honored to be delivering the Democratic State of the Union response. https://t.co/0dpA3lJZpS

Abrams became a rising star within the Democratic Party as she was trying to become the nation's first African-American female governor last year. The former Georgia House minority leader lost by almost 55,000 votes against Republican Brian Kemp, the then-secretary of state who came under fire for alleged voter suppression tactics. Abrams held out after Election Day, hoping that absentee and provisional ballots could push her to a runoff, but in an impassioned speech 10 days later, she admitted there wasn't a path to victory but underscored this wasn't a concession from her.

"Pundits and hyperpartisans will hear my words as a rejection of the normal order. You see, I'm supposed to say nice things and accept my fate. They will complain that I should not use this moment to recap what was done wrong or to demand a remedy. You see, as a leader, I should be stoic in my outrage and silent in my rebuke," Abrams said. "But stoicism is a luxury and silence is a weapon for those who would quiet the voices of the people. And I will not concede because the erosion of our democracy is not right."

Abrams is also being courted as a possible Senate candidate in 2020 to challenge Georgia Republican Sen. David Perdue.