Accessibility links
How 'Born This Way' Was Born: An LGBT Anthem's Pedigree Lady Gaga's 2011 megahit has been praised as inclusive and criticized as exploitative. But there's a little history to the song's origins that isn't often discussed. 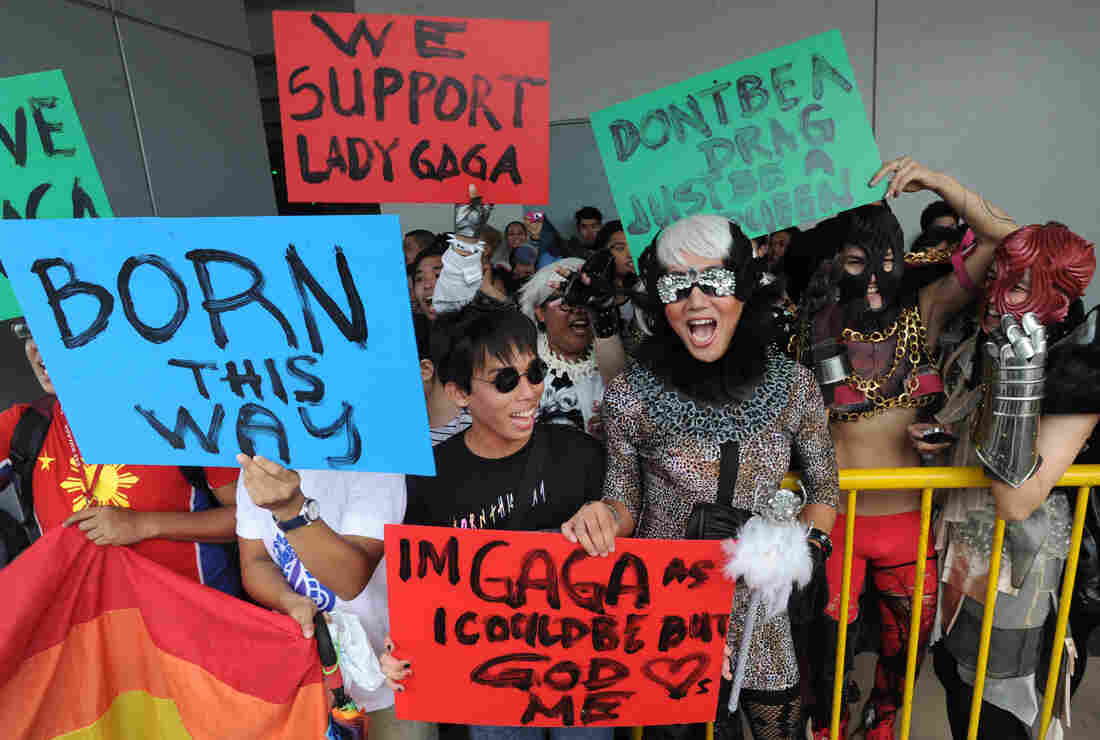 Fans of Lady Gaga gather outside a concert in Manila in 2012. Jay Directo/AFP/Getty Images hide caption 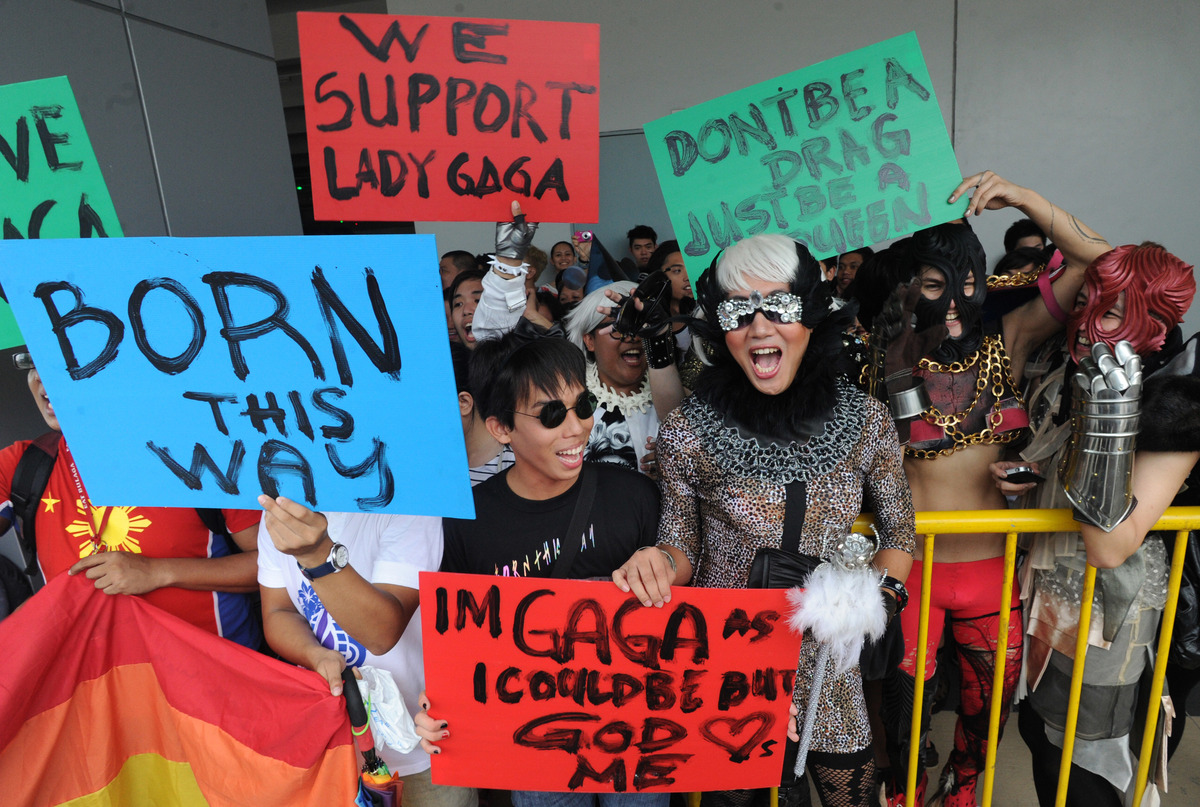 Fans of Lady Gaga gather outside a concert in Manila in 2012.

Tim Cox understands the excitement Lady Gaga can generate when she performs live. Now 26, he has been a devoted "little monster" — the artist's nickname for her fans — since he was 15. The first time he saw Gaga sing "Born This Way" in concert, however, he was overwhelmed.

"I broke down," he says. "I was hysterical with joy, with emotion — just completely lost myself in the song."

Adolescence was painful for Cox. He was bullied for being gay before he really understood what the word meant, and grew up feeling like something was terribly wrong with him. Eventually, he found a sense of belonging with other Lady Gaga fans; they talked to each other via a YouTube channel he set up. (In a lot of ways, he says, Lady Gaga saved his life: "I have her signature ... tattooed on my arm, over a scar from a suicide attempt.")

So when "Born this Way" came out, the lyrics felt like a shield against the insecurity he felt about not being accepted: "Because you're not the one saying it anymore. Someone's defending you. And it's in a song that is playing on repeat on the radio, that everyone is talking about.

"All of a sudden, the idea that you were born this way and can't change who you are isn't just something that you feel: It's something the entire world is being forced to understand."

Tracy Young, a celebrity DJ and a gay woman, plays pride events and gay parties all over the country. She says the song's driving beat is perfect for the dance floor — but moreover, that anyone who has struggled to come to terms with their sexual identity can connect to the lyrics.

"I think she hit it dead on," Young says. "It's definitely one of those songs that will always be played in every pride stage, and I think that was her intention."

Even Elton John hailed "Born this Way" as "the new gay anthem" when it first came out. But there was also a backlash against it. Some accused Gaga of directly imitating Madonna's hit "Express Yourself." Others said she was exploiting her gay fanbase.

On the latter point, music writer John Savage disagrees. "Obviously Lady Gaga wanted to say something about her gay audience, and what she thought about the position of gay people," he says. "She wanted to do something that was affirmative. I don't think that was cynical."

What not everyone realizes, Savage says, is that Lady Gaga's lyrics have a history, which she knew about.

While compiling a discography of queer music some years ago, Savage unearthed a copy of a song by a singer named Valentino called "I Was Born This Way," which came out in 1975. A few years later, a gospel singer named Carl Bean released his own version of that song.

In a 2011 interview, Lady Gaga told Howard Stern that Bean's recording had been one of her main inspirations. "It's almost like a sermon," Gaga said. "I heard this song, and I just said, 'Man, does that answer every question.' "

Bean had been pursuing a music career when Motown asked him to record the song. Now in his 70s, he says he had always known he was gay, so it felt like a perfect fit. "I always say the lyric found me. And it was very natural," he says.

Though he's retired today, Bean also spent many years as a sort of activist pastor: He founded the Unity Fellowship Church, ministered to gays and lesbians and was vocal during the AIDS crisis. Bean says that when he heard Gaga had been inspired by his recording, he was flattered.

"I felt it was a great tribute, and it was the continuation of saving lives," he says. "It has just been a blessing to my life, and it's been a blessing once again to even another generation's life through the take that Gaga did on it."

As much as "Born this Way" has been embraced as a gay anthem, Tim Cox says it is also for anyone who feels outside the mainstream — and that gives it staying power.

"Fifty years from now," he says of Lady Gaga, "when she is not singing anymore, I would not be surprised if the song she is remembered for most is 'Born This Way.' "