Accessibility links
Bernie Sanders 2020? New Hampshire Progressives Are Divided The Vermont senator's 2016 presidential campaign took off in New Hampshire. But in 2020, some progressive voters in the state say there are plenty of other alternatives. 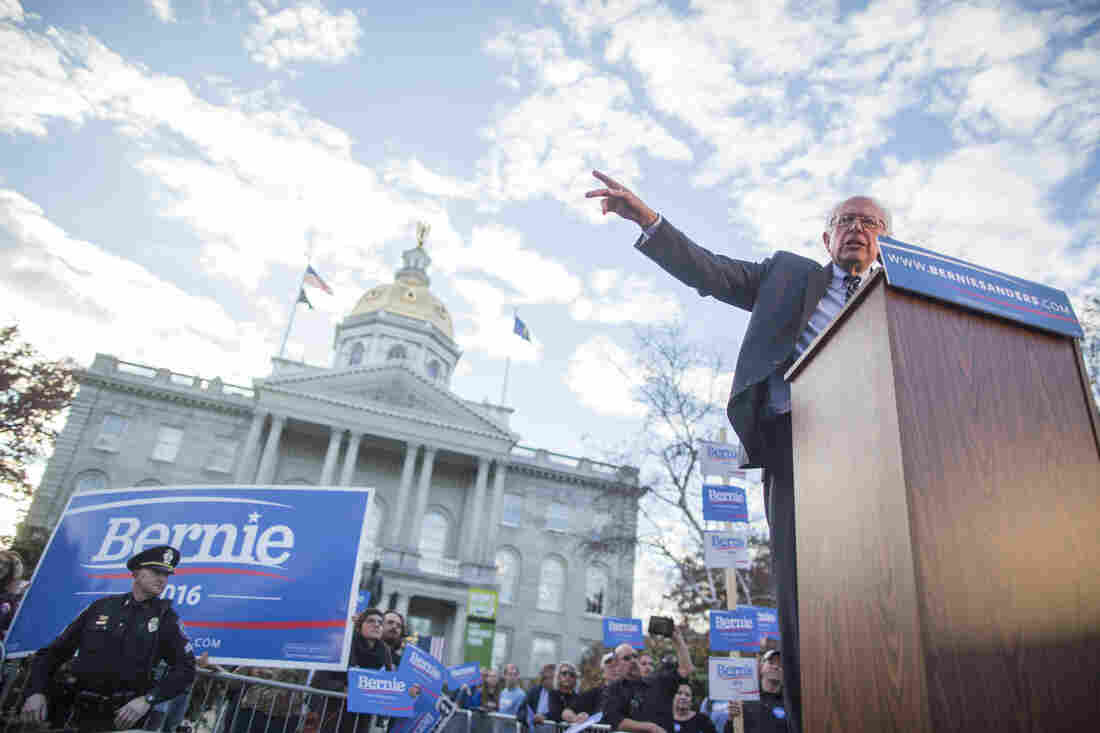 Sen. Bernie Sanders, I-Vt., leads a November 2015 rally in front of the New Hampshire State House in Concord. Sanders won that primary, but today some of his supporters in the early primary state are less enthusiastic about another presidential bid. Scott Eisen/Getty Images hide caption 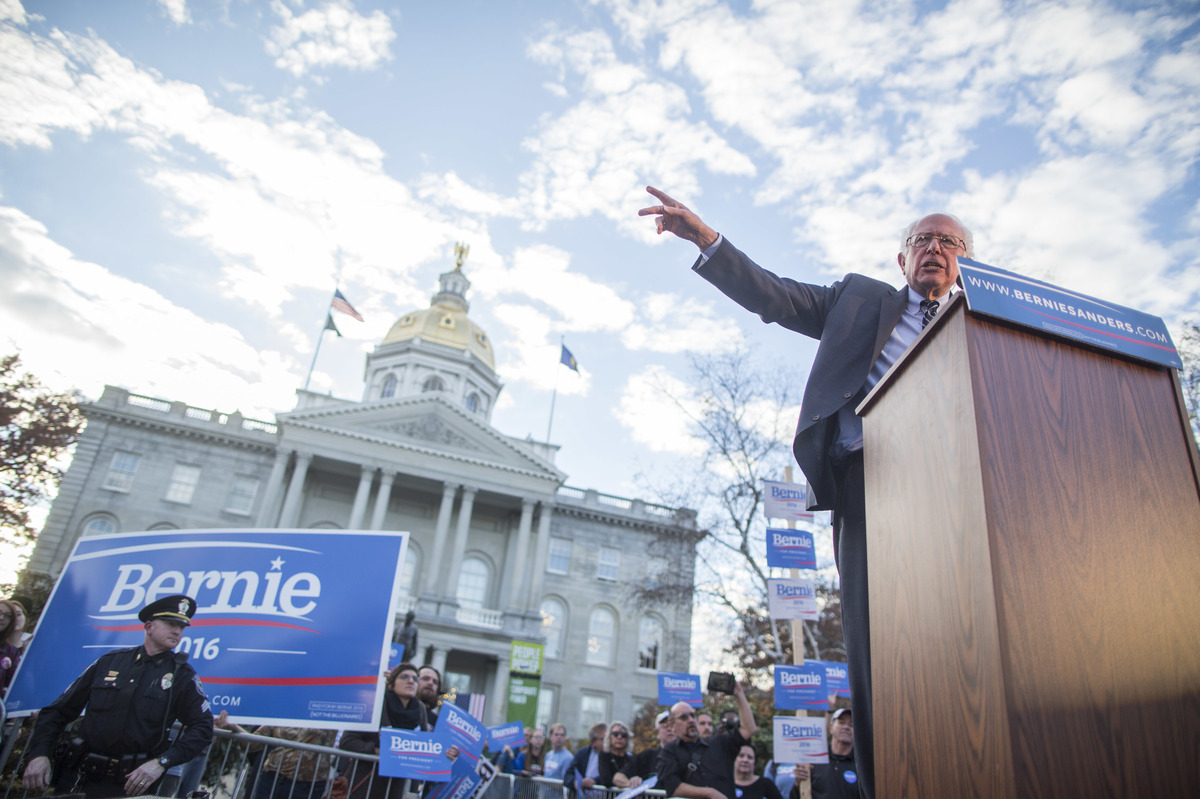 Sen. Bernie Sanders, I-Vt., leads a November 2015 rally in front of the New Hampshire State House in Concord. Sanders won that primary, but today some of his supporters in the early primary state are less enthusiastic about another presidential bid.

In the spring of 2015, before Bernie Sanders had a campaign office in New Hampshire, Elizabeth Ropp, an acupuncturist, was making homemade signs for the Vermont senator.

"Bernie inspired me because as somebody who's lived without health insurance for most of my adult life, I want there to be a single-payer health care system," she said.

She was disappointed Sanders wasn't the nominee and is convinced that if he had been, Donald Trump would not be president.

The 77-year-old Vermont senator has not announced his plans, but he has sparked plenty of speculation.

In 2016, Sanders created a powerful progressive movement in a thin primary field. The dilemma for him now is that nearly every other Democratic presidential contender is adopting his positions on issues like health care and minimum wage, which means progressive voters in 2020 have plenty of other choices.

Earlier this month, when Sanders reintroduced a bill to raise the federal minimum wage to $15 an hour, every Democrat in the Senate who's rumored to be considering a run for president co-sponsored his legislation: Sherrod Brown, Elizabeth Warren, Cory Booker, Kirsten Gillibrand, Kamala Harris and Amy Klobuchar. 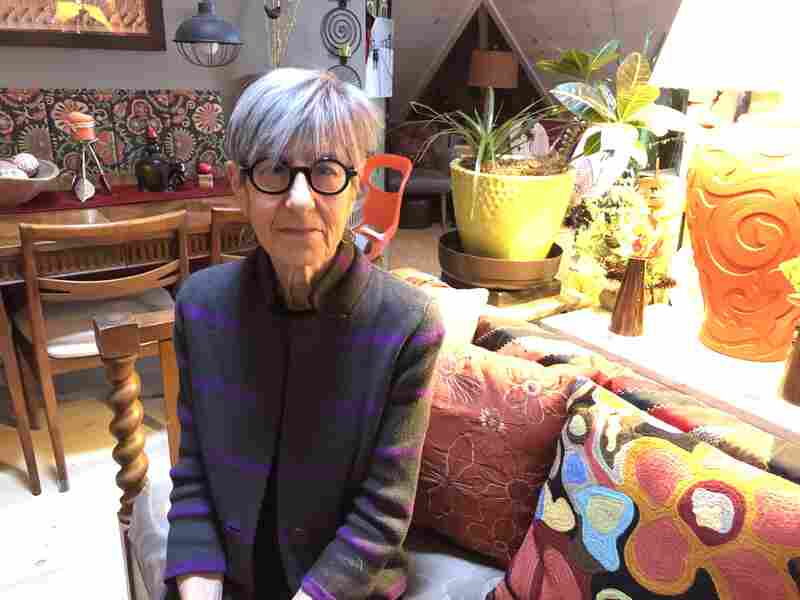 Arnie Arnesen considers herself Sanders' ideological twin. She "admires him to pieces," but she thinks he could play a more important role in 2020 by staying out of the race for president. Asma Khalid/NPR hide caption 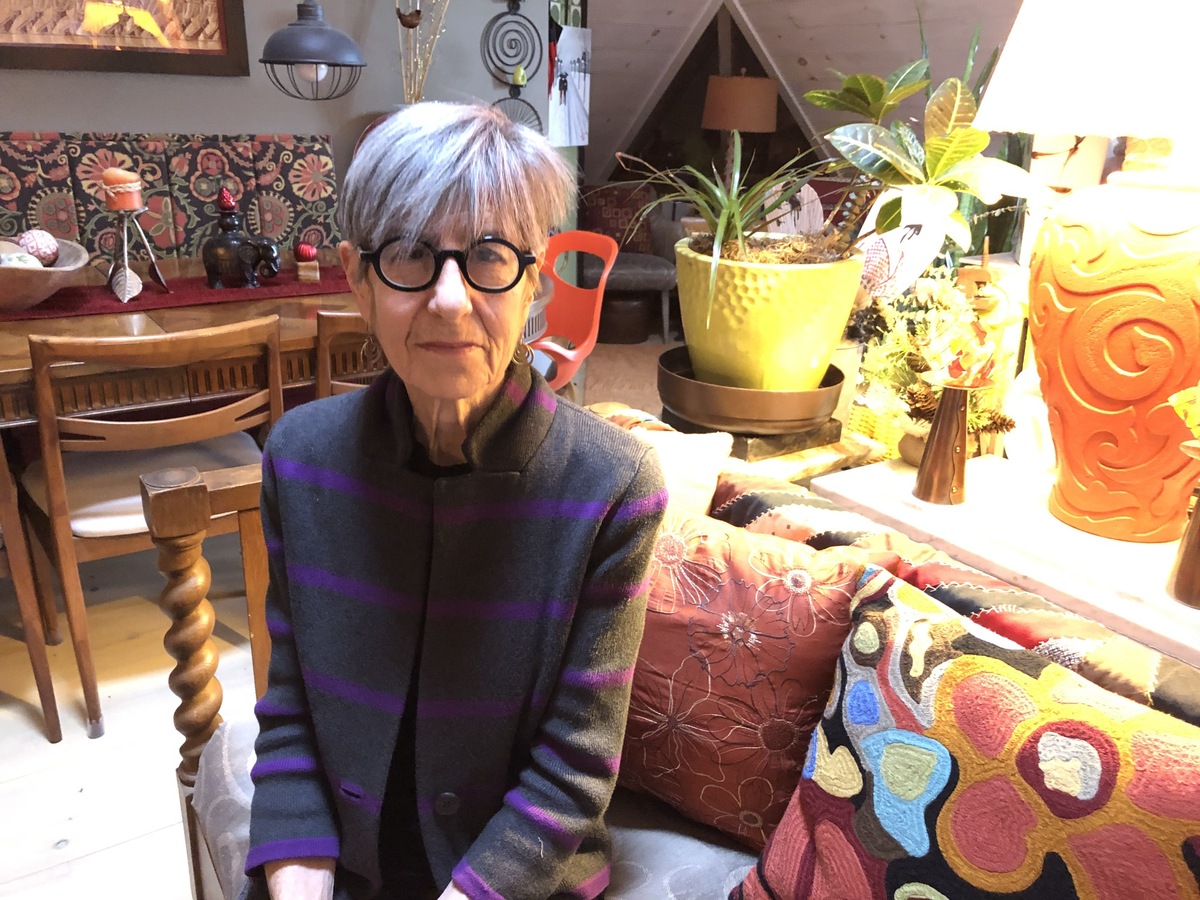 Arnie Arnesen considers herself Sanders' ideological twin. She "admires him to pieces," but she thinks he could play a more important role in 2020 by staying out of the race for president.

"He has made it legitimate to talk about things that a lot of us used to mumble," said Arnie Arnesen, a radio show host and former New Hampshire politician who thinks of herself as Sanders' ideological twin.

Arnesen says she's grateful that he ran in 2016 because he helped "expose some of the rot" in her own party.

Sanders has helped change the Democratic National Committee rules for selecting a nominee, curtailing the role of superdelegates and shaped the current Democratic economic message. But Arnesen wonders whether he's the right candidate for the White House.

"My question is, does he provide added value in this campaign for 2020? Or are there a lot of people who sort of carry very similar messages?" asked Arnesen, before answering her own question.

"Does it have to be him? I don't think it does, and I admire him. I admire him to pieces."

The clearest example of the change is Hawaii Rep. Tulsi Gabbard, who resigned as vice chairwoman of the Democratic National Committee so she could endorse Sanders in the 2016 primary. Gabbard recently launched her own presidential bid.

Not the only progressive option

Sanders' first decisive victory in 2016 came in the New Hampshire primary; he crushed Hillary Clinton there by 22 percentage points. And activists like Andru Volinsky were part of the reason he did so well.

Volinsky, Sanders' New Hampshire campaign lawyer during the 2016 primary, said that if the Vermont senator were to run for president again, he would be his top choice.

But it's unclear whether Volinsky personally wants Sanders to run.

"I want a strong advocate for addressing issues like income inequality and health care access and climate action," said Volinsky. "Sen. Sanders could be that strong voice. There are some others that could as well."

Many voters who strongly backed Sanders in 2016 say they realize Sanders is not necessarily the only progressive option in 2020. For some, that's confusing, but for others, it's appealing.

Arnesen is excited by many of the candidates considering a run for the presidency; many of them, she believes, carry elements of Sanders' message.

For example, Ohio Sen. Sherrod Brown, she says, has a lot of the same "authenticity" as Sanders "without being 80 years old" when he's elected (Sanders turns 79 in 2020).

"I think it's time for us to start creating a new bench," said Arnesen."And the new bench isn't old, it shouldn't be white, and it probably shouldn't be male."

Some Sanders supporters also say the political environment has changed since 2016 and they want a candidate who can win.

"Electability has leaped to the forefront for me," said Ron Abramson, an immigration lawyer who served as a Sanders delegate to the DNC. "I am prepared to support anyone who can help restore some measure of sanity [and] humanity."

Those sentiments are not an isolated feeling.

"We're looking for somebody right now who can stand up to the nasty, nasty campaign that our idiot-in-chief the president is gonna run in 2020," said Bill Stelling, an activist who runs an art gallery in Manchester.

Stelling is not convinced Sanders is the right person for that job.

Even though he was "hugely inspired" by Sanders' message in 2016 and donated to the Vermont senator's campaign, these days, he's impressed with California Sen. Kamala Harris; he thinks she's "fearless."

He's also intrigued by Beto O'Rourke, the former Texas congressman who tried to unseat Republican Sen. Ted Cruz last year. This week, Stelling is going to a "Draft Beto" house party. He wanted to spread the word, so he posted a note about the meeting on Facebook but was disheartened by the response.

"I immediately got some snarky comments from progressives," said Stelling. "It's so counterproductive."

But loyal Sanders supporters are unyielding in their devotion to the Vermont senator, because, they insist, he is the only one pushing the Democratic Party to the left.

"The other candidates are trying to posture themselves based on the assumption that Bernie Sanders is going to run," said Tim Smith, a four-term state legislator in Manchester and early Sanders supporter in the 2016 primary.

"They don't want to be seen as being members of the conservative wing of the party."

An earlier Web version of this story incorrectly said that Bernie Sanders did not have staff in New Hampshire in the summer of 2015. Sanders did have staff in the state even before he declared his presidential bid in May 2015, but he did not open an official campaign office until July 2015.