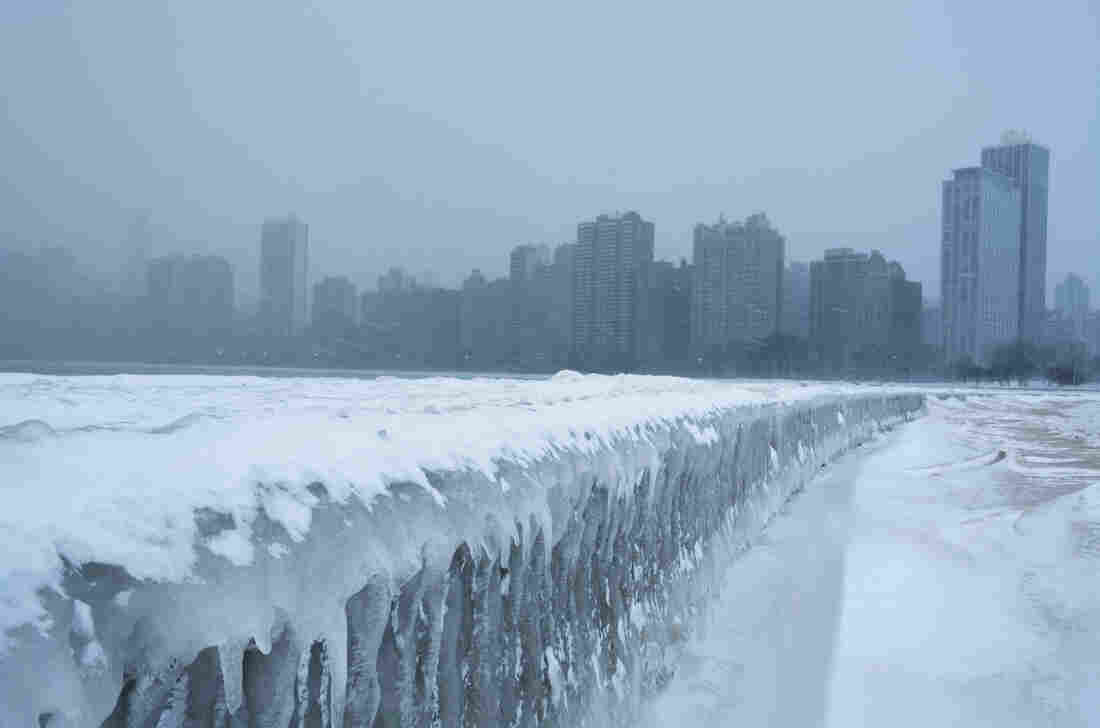 Icicles form on the walkway at North Avenue Beach of Lake Michigan in Chicago on Tuesday. Pinar Istek/Reuters hide caption 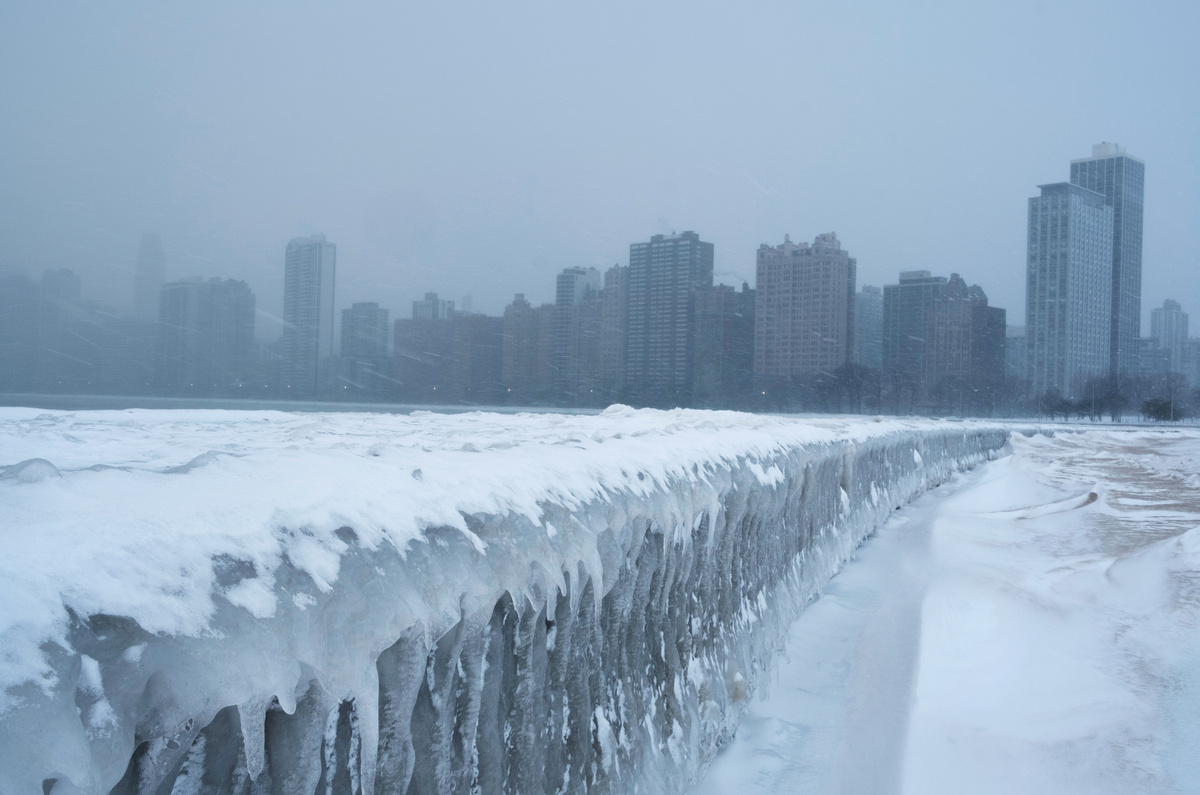 Icicles form on the walkway at North Avenue Beach of Lake Michigan in Chicago on Tuesday.

The polar vortex sliding south into the Midwest is sending temperatures to their lowest levels in more than 30 years and, in some cases, setting records.

While it usually sits over the Arctic, the polar vortex is being pushed south by an unseasonably warm air mass to the north.

The life-threatening cold is paralyzing the region — closing schools, businesses and courthouses; grounding flights; and keeping millions confined to their homes.

The harsh winter weather is even reaching into the Deep South, with freezing temperatures, snow and ice in Louisiana, Mississippi, Alabama and Georgia.

Temperatures overnight dropped to near 30 degrees below zero in some parts of Minnesota and close to it in Iowa, Illinois, Wisconsin and Michigan. And the bitter cold is not letting up; forecasters are calling for highs Wednesday in Minneapolis and Chicago of just 14 below zero. 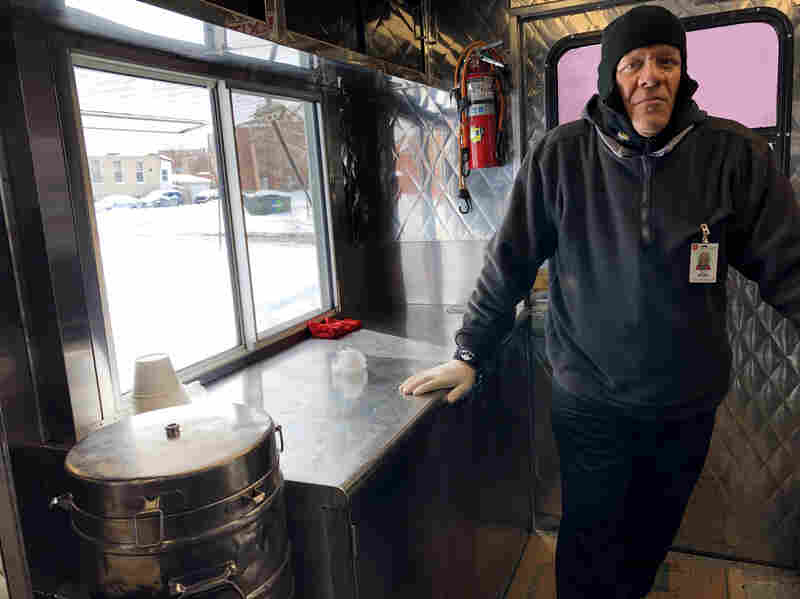 The Salvation Army in Chicago is providing hot meals to those in need. David Schaper/NPR hide caption 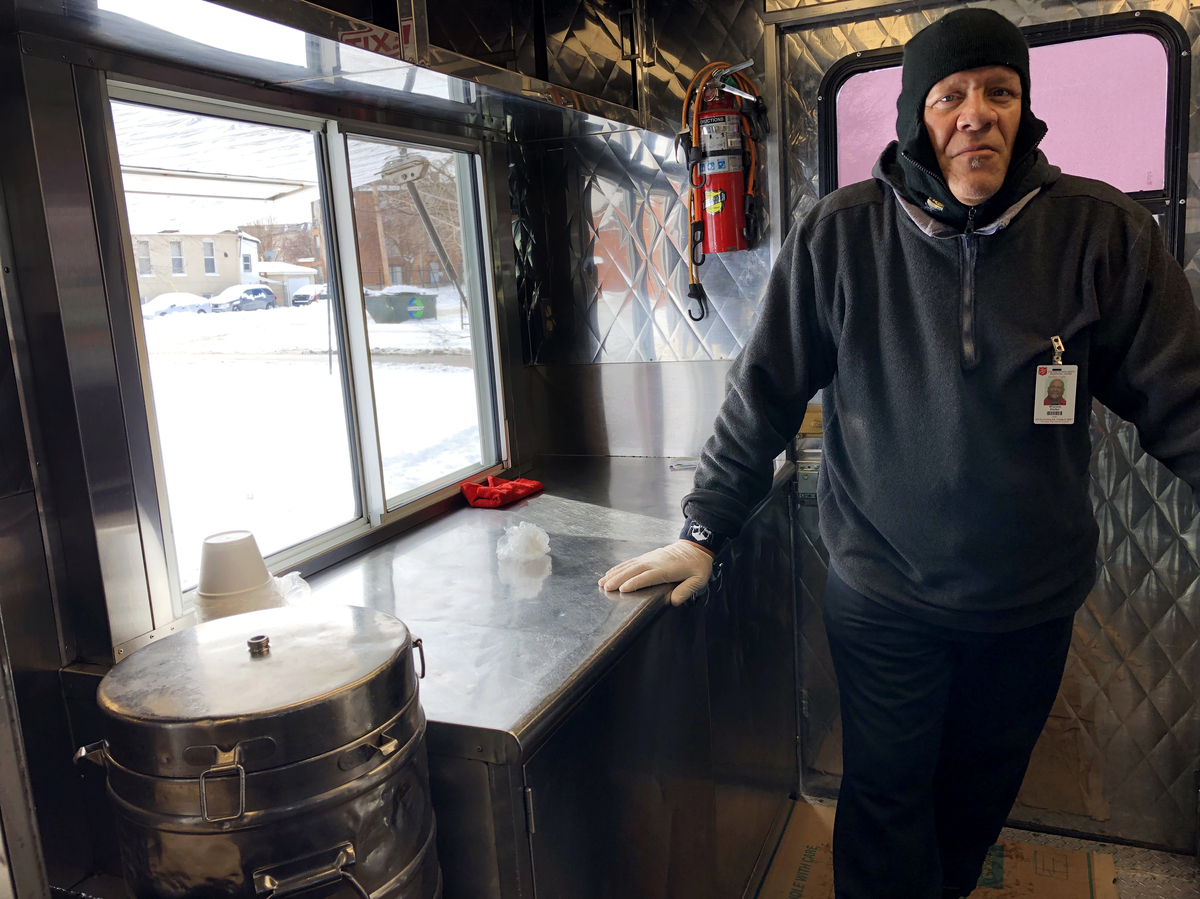 The Salvation Army in Chicago is providing hot meals to those in need.

"Oh, this cold is very dangerous," says Richard Vargas, who directs community social services for the Salvation Army in Chicago. "If someone's out here and they're exposed or don't have the adequate amount of clothing on, it can be very treacherous, actually."

In addition to providing hot meals from their large red canteen food trucks, the Salvation Army is handing out coats, gloves, scarves, hats and other winter necessities. Vehicles are providing rides to warming shelters, and teams are making extra nighttime trips out across the city to check up on makeshift camps and other places the homeless congregate.

And this kind of outreach is going on in cities all across the Midwest. 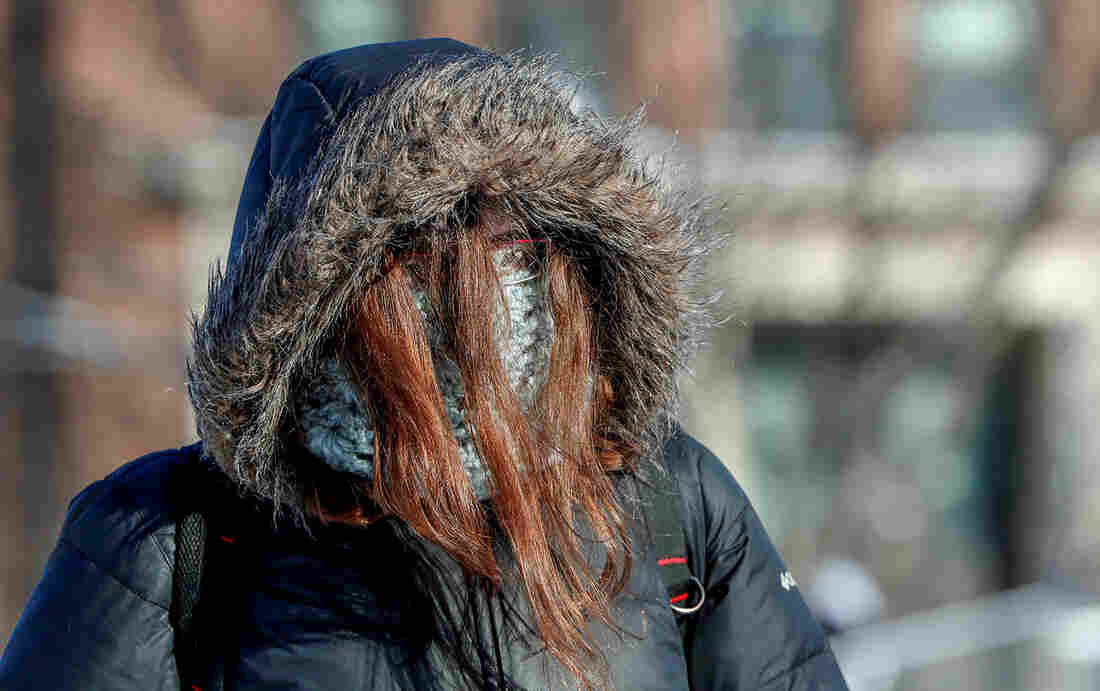 On Tuesday, a student dressed for subzero temperatures while walking to class at the University of Minnesota in Minneapolis. Classes in universities across the Midwest were closed because of the cold. Eric Miller/Reuters hide caption 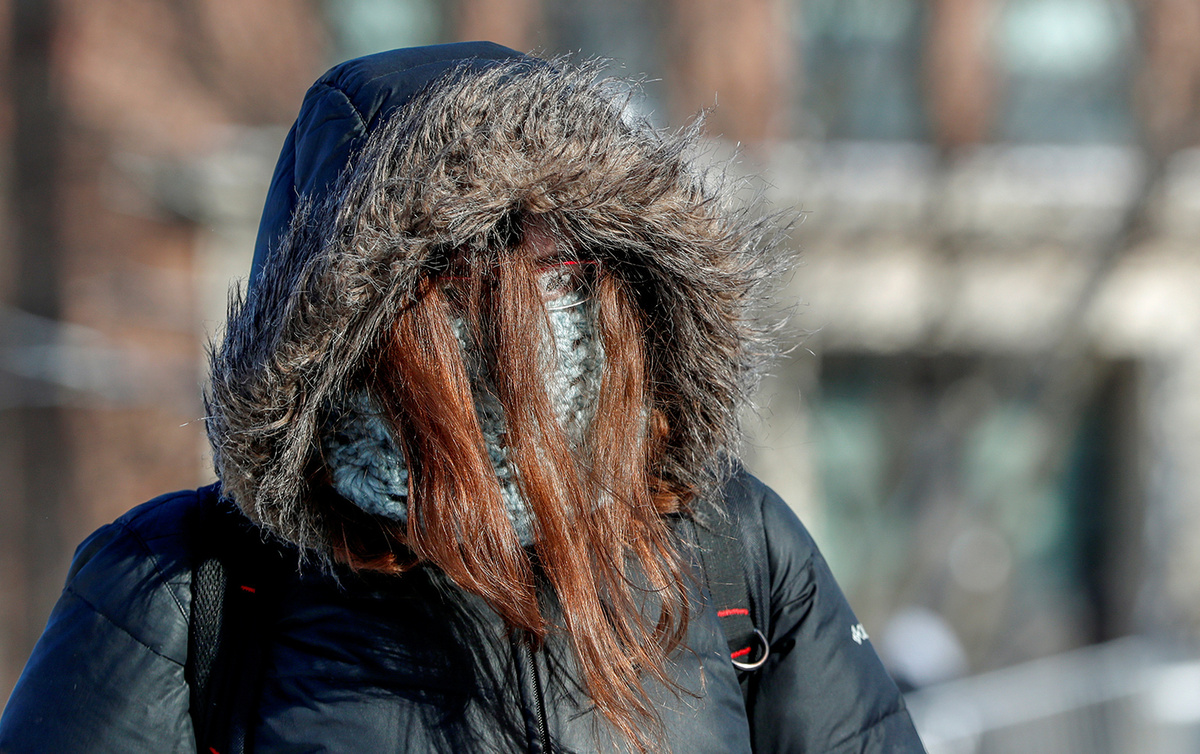 On Tuesday, a student dressed for subzero temperatures while walking to class at the University of Minnesota in Minneapolis. Classes in universities across the Midwest were closed because of the cold.

"Values as cold as minus 30 to minus 50 degrees in a couple locations and even colder as you get farther north into some parts of Minnesota, where some of those wind chills could get down to minus 60," says Vargas of the Salvation Army.

Wind chill warnings and advisories stretch from the Dakotas into Western Pennsylvania. Airlines have canceled thousands of flights because of the bad weather, and the governors of Wisconsin, Michigan and Illinois have declared emergencies.

"This is very serious weather and my administration is not underestimating the gravity of this in how we respond," says Illinois Gov. J.B. Pritzker. "We are undertaking a coordinated effort to keep people safe, but we need all Illinoisans to do their part."

Scores of colleges from the Universities of South Dakota and Iowa, to Michigan State, Notre Dame in Indiana and Kent State in Ohio are canceling classes. Public school systems in Chicago, Milwaukee, Detroit, St. Louis and Minneapolis are all closed, with Chicago already calling off classes for Thursday.

Minnesota Gov. Tim Walz considered shuttering all schools statewide, but decided against it.

"In many cases, these local officials know best," Walz told reporters Tuesday. "And one of the things that I'm concerned about is, is when you close a school sometimes, that is the place of warmth and food that is not available elsewhere."

Even the U.S. Postal Service is taking the rare step of suspending mail delivery Wednesday in Minnesota, Iowa, Western Wisconsin and Western Illinois. So while its unofficial motto may promise that "neither snow nor rain nor heat nor gloom of night stays these couriers from the swift completion of their appointed rounds," apparently dangerous, bone-chilling cold will.

But not everyone is dreading this deep freeze.

"We were generally pretty happy to see it coming," says Steve Faivre, who farms with his family in DeKalb County in Northern Illinois.

"These frosts are really kind of good, these deep cold cycles, because it'll generally help freeze out and knock off some of the pests in the field. It also helps break up the soil, with the freezing and thawing."

The other good news is that forecasters are predicting a relative heat wave this weekend, with temperatures in Chicago expected to climb into the 40s — that's 40 degrees above zero.