Accessibility links
Title IX Public Comment Period Set To End Education Secretary Betsy DeVos says new rules could better protect the accused. There have been about 100,000 comments on proposed changes to Title IX. The deadline for comments is Wednesday. 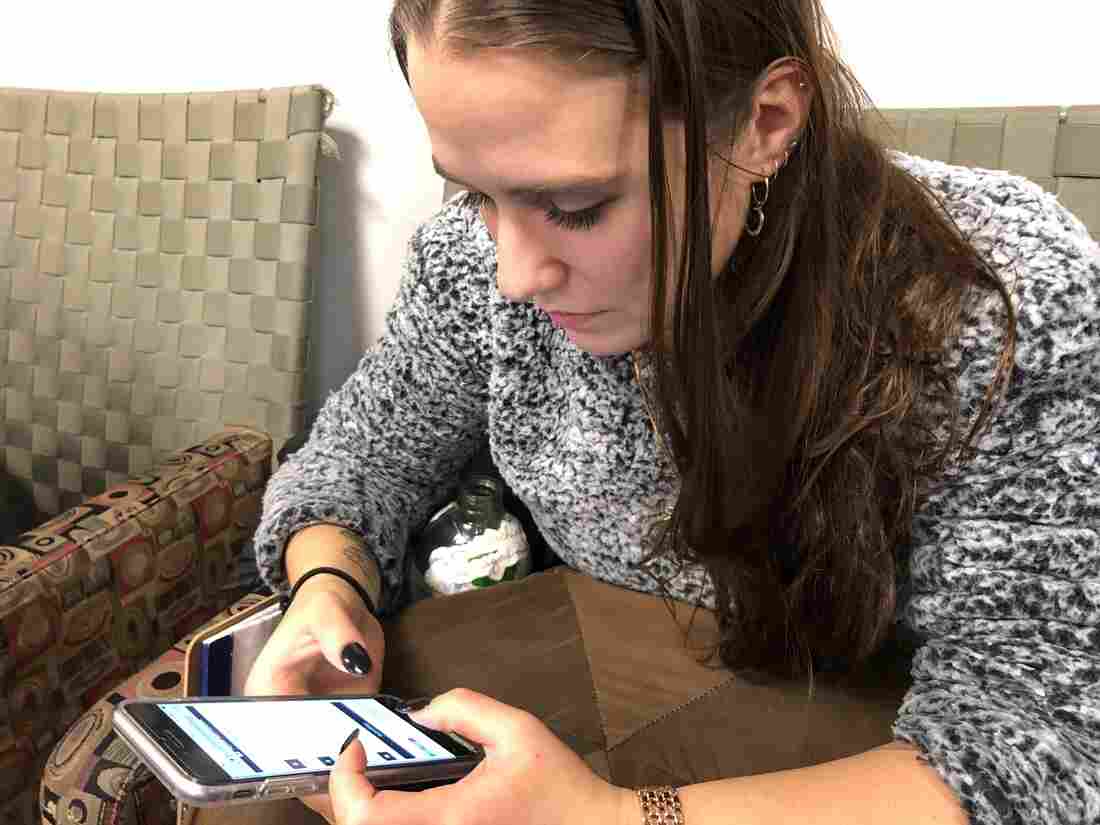 After a presentation from activists, Boston University sophomore Blaire Thomas looks at the HandsOffIX website, which offers a Mad Lib-style template to comment on proposed changes to federal rules on how campuses handle cases of sexual assault and harassment. Tovia Smith/NPR hide caption 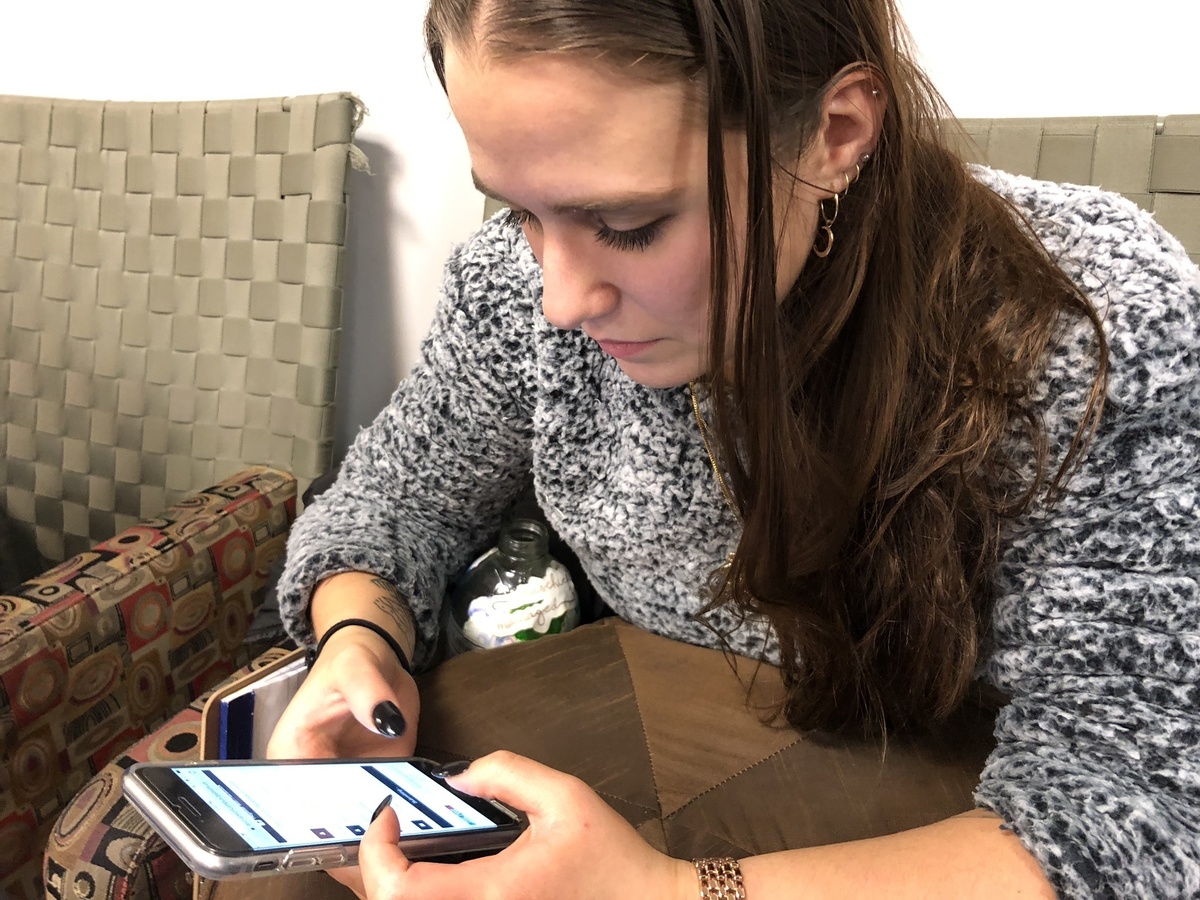 After a presentation from activists, Boston University sophomore Blaire Thomas looks at the HandsOffIX website, which offers a Mad Lib-style template to comment on proposed changes to federal rules on how campuses handle cases of sexual assault and harassment.

The Department of Education has been inundated with approximately 100,000 public comments on its proposed new rules for how campuses handle cases of sexual assault. Secretary Betsy DeVos opened the public comment period two months ago, after unveiling her plan to replace Obama-era rules with regulations that, she says, would better protect the accused. The window for comments closes Wednesday at midnight.

Many who have weighed in praise the new rules for "restoring sanity" and fairness to the process but many more are critical.

Those comments range from short expletives and insults aimed at DeVos, to personal and sometimes graphic accounts of sexual assaults,and pleas not to return to the bad ol' days, when victims were not believed and incidents were swept under the rug.

The deluge of comments comes as survivor advocates have been mobilizing their troops on social media, at comment-writing pizza parties, and through crash courses in commenting on college campuses.

At a recent meeting of the Boston University Students For Reproductive Freedom club, Sage Carson with the survivor advocacy group, Know Your IX joined in by video conference, updating students on what the proposals would do.

"I'll be blunt," she says, "It's devastating." She tells the students the proposed rules would mean schools don't automatically have to investigate incidents alleged to have occurred in private, off-campus apartments, or misconduct that is reported to a coach or resident advisor, for example, instead of the official Title IX officer.

She then instructs students how to formally file their objections through the Hands Off IX website. A Mad Libs-type of template makes commenting easy, and then forwards submissions on to the official regulation comment website.

Students first fill in their name, and identify as a survivor or concerned citizen, for example. Then they can pick from a list of rules they take issue with, and then from a list of studies and data that bolster their case. Carson urges the students to make it their own.

"As long as you submit something that is personal, and you say why this is important, the department is legally required to respond," she says. "It takes about 5-10 minutes ... It's super simple and can have real-world implications."

After the meeting, sophomore Blaire Thomas launches the website on her phone, checks out the "sentence starters" and decides to write about the off-campus exclusion.

"Most of the places that me and my friends spend time on nights and weekends are off campus," she explains. "And I feel like this is a direct attack on the protections that students have a right to."

"It's incredibly disturbing," says Julia Mullert. "I live off campus and the fact that I could be few minutes away and that would change everything, is really devastating. But it also motivates me to push back against it and fight harder."

Activists hope the sheer volume of comments will force officials to pay attention.

Support for the regulations

There's no official count of supporters and opponents, but even those who favor the new rules concede they're getting beat.

"We know we'll never match the number of comments of victims' advocates," says Cynthia Garrett, co-president of Families Advocating for Campus Equality, a group representing those who say they were wrongly accused. "But the Department [of Education] is smart enough to understand that quality is more important than quantity."

Garrett has been encouraging comments from accused students who say they were victims of an unfair system, that left them kicked out of school with dashed prospects, ruined reputations, and in many cases, severe depression.

"We have a kid who planned to paddle out on a surfboard with a concrete block," says Garrett. "We have another one [who was found in his garage] standing on a stool with a rope in his hand. I mean this is very devastating."

Garrett says the new rules better protect the wrongly accused, for example, by allowing schools to demand more proof of wrongdoing, by guaranteeing the right to cross-examine accusers, and by narrowing the definition of sexual harassment.

Fighting these issues through agency regulations — once the domain of wonky lawyers — is something of a newer frontier in political activism. Harvard Law School Professor Jacob Gersen, an expert in the administrative law process, and a proponent of many of the changes DeVos has proposed, says most regulations still get just a smattering of comments — certainly not a hashtag campaign on social media. But it's increasingly a part of political strategy.

"Parties and activists have gotten good at this over the years," Gersen says. "They recognize that the bureaucracy and the administration is actually where the power is and that's a much more effective place to spend your political energy. And they're right about that."

Jess Davidson, executive director of End Rape on Campus, that's part of the Hands Off IX partnership, agrees. "We have really revolutionized the way that people can participate in this process ... and we're making this incredibly powerful democratic tool one in which you can clearly sue the department if they don't listen to you and take your voice seriously."

The regulations.gov website discourages mass-generated submissions, warning that "some agencies may choose to 'redact, or withhold' submissions containing duplicate/near duplicate examples of a mass-mail campaign." A tip-sheet further advises that "Many ... mistakenly believe that their submitted form letter constitutes a 'vote'" but in fact, while public opinion may guide policy, decisions are made on "sound reasoning and scientific evidence rather than a majority of votes. A single, well-supported comment may carry more weight than a thousand form letters." (NPR reached out to Education officials with additional questions, but did not receive answers before deadline.)

Davidson dismisses suggestions of a "copy-and-paste campaign." The website template gives people "the tools ... to write unique, substantive comments. We're democratizing [the process] and making it more accessible to the people who are disproportionately harmed by [DeVos' proposed] rules."

I think these stories deserve to be read by a human, not just robots. Women deserve that.

Success however, is hardly certain. Past efforts for example the one that generated millions of comments on net neutrality, ultimately failed to sway administration officials' minds.

Mass mailings can also be the victims of their own success, as the overwhelming quantity of comments forces officials to use machines to read them. It's a prospect that infuriates activists, like Stanford Law School Professor Michele Dauber.

"How insulting," she says. "I think these stories deserve to be read by a human, not just robots. Women deserve that."

It's one of the reasons Dauber, who also chairs the Enough is Enough Voter Project PAC, helped distribute tens of thousands of postcards at womens' marches around the nation. She's hoping hand-written notes will force a human read. 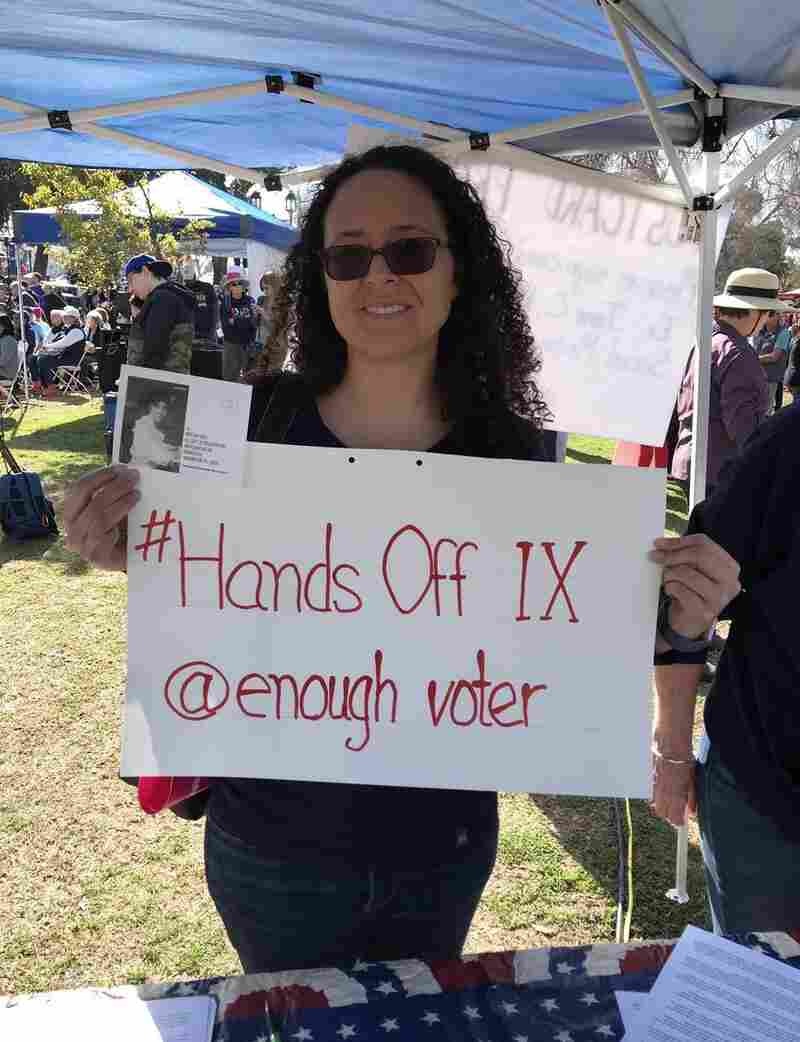 The Women's March in Kern County, Calif. was one of many around the nation where postcards were distributed, encouraging people to submit comments opposing Secretary DeVos' plan to change Title IX regulations . Courtesy Kimberly Kirchmer hide caption 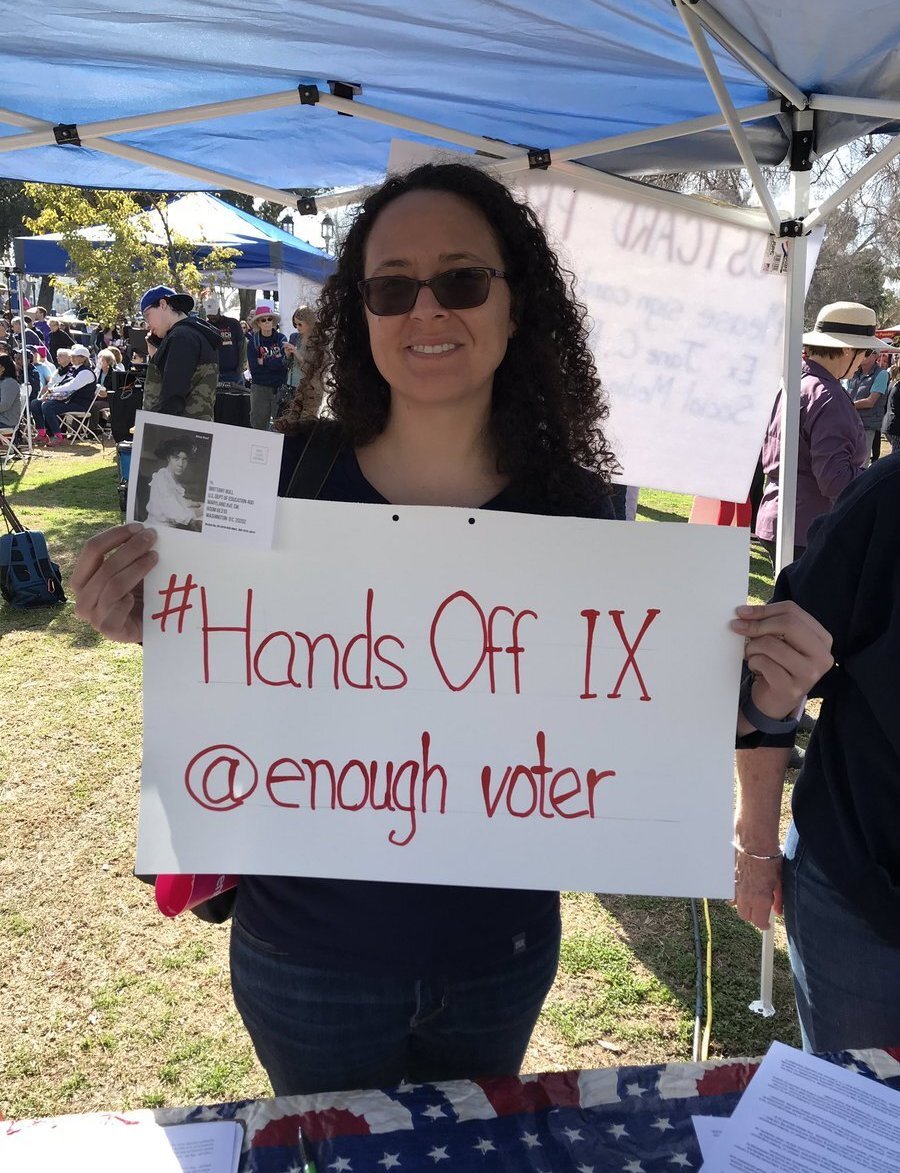 The Women's March in Kern County, Calif. was one of many around the nation where postcards were distributed, encouraging people to submit comments opposing Secretary DeVos' plan to change Title IX regulations .

If the department doesn't read — and heed — the comments, Dauber says, a legal challenge will follow.

"Constitutional rights aren't decided by majority vote," he says. "Due process is not subject to the whims of the masses."

Officials may take months to review the comments and respond. They will likely give schools some lead time before enacting the new regulations, and inevitable legal challenges may bring further delays. That means it could be close to the 2020 election before any new regulations take effect. Activists say that may ultimately be how the issue is decided. As Dauber put it, "the way to get rid of these regulations, is to get rid of the people who wrote them."