Accessibility links
Benefits For Navy Victims Of Agent Orange – Just 50 Years Later Navy veterans who served off the coast of Vietnam were long denied benefits for exposure to Agent Orange. A federal appeals court now has ruled that service at sea was the same as service on land. 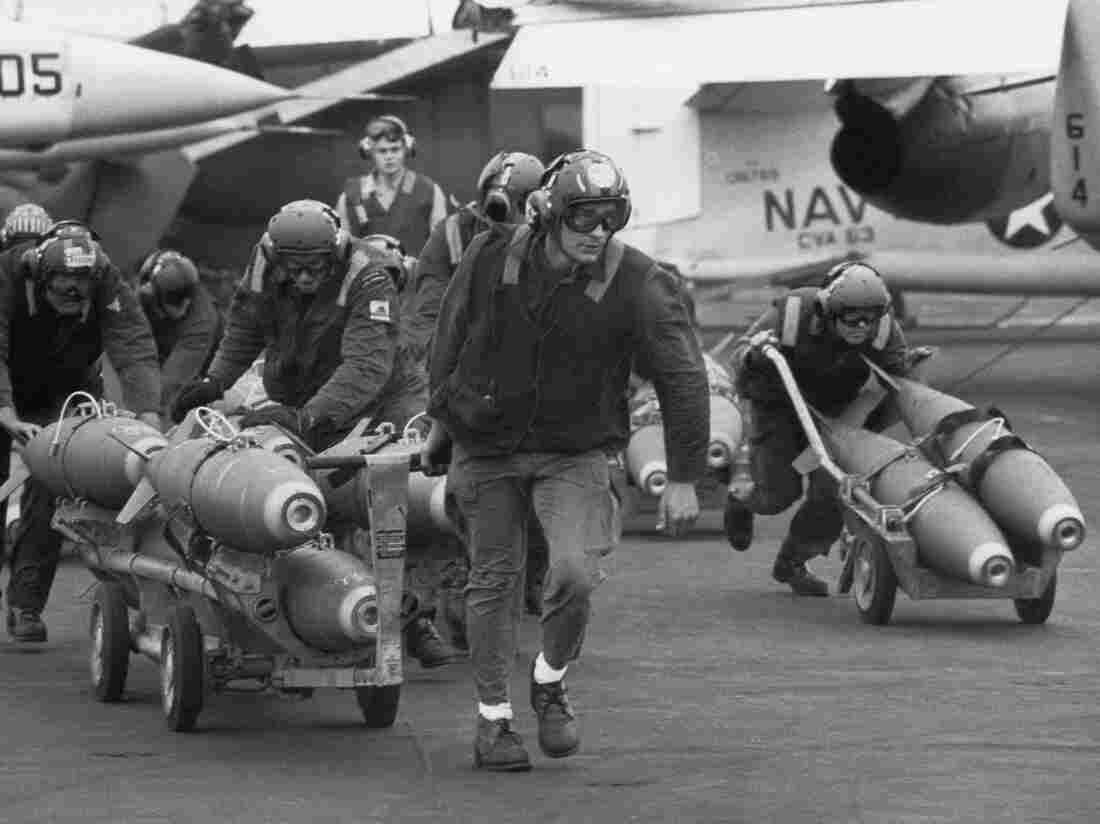 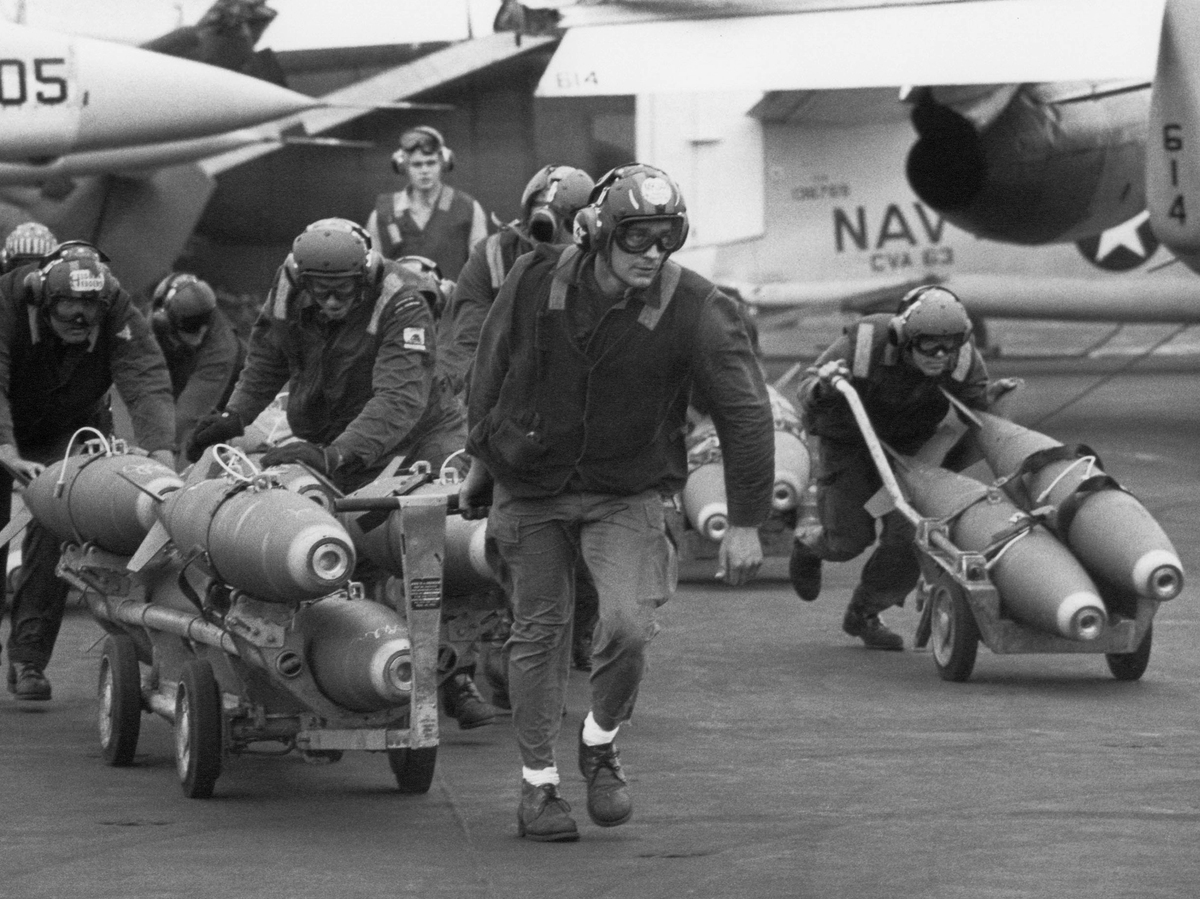 U.S. Navy armorers wheel out 500-pound bombs for the wing racks of jets aboard the aircraft carrier USS Kitty Hawk in March 1971 off the coast of Vietnam.

Navy veterans long denied VA benefits are declaring victory after a decision by the U.S. Court of Appeals for the Federal Circuit. The court sided with the plaintiff, a Vietnam vet with cancer who sued the Department of Veterans Affairs, demanding it recognize that his health conditions were caused by Agent Orange.

It took the government decades to acknowledge that the defoliant Agent Orange - widely used during the Vietnam War - was causing cancer and other ailments in veterans.

In 1991 Congress passed a law that vets who had come down with any of a list of cancers could presumptively link their condition to exposure to the chemical while serving in "the Republic of Vietnam." That meant the VA would pay them a disability benefit as they got sicker and dropped out of the workforce.

But the VA later took the position the presumption only applied to vets who had served on land or inland waters. "Blue Water Navy" veterans - so-called because they served at sea - would have to prove that their illness was directly connected to the defoliant.

Alfred Procopio served on the aircraft carrier USS Intrepid off the coast of Vietnam, one of about 90,000 Blue Water Navy veterans of the war. VA denied his claim that his prostate cancer and diabetes mellitus - both on the law's list of presumptive conditions - were linked to his service, and he sued.

The Court of Appeals ruled in Procopio's favor, deciding that the 1991 law was clearly meant to include vets who served off the coast of Vietnam.

"Mr. Procopio, who served in the territorial sea of the 'Republic of Vietnam,' is entitled to [the law's] presumption. We find no merit in the government's arguments to the contrary," read the court's 9-2 decision.

"The government's foot-on-land requirement, first articulated in 1997, does not provide a basis to find ambiguity in the language Congress chose," wrote Judge Kimberly Moore for the majority.

"VA is reviewing this decision and will determine an appropriate response," the agency said in a statement to NPR.

Lawyer and Navy veteran John Wells had argued the case. The group he directs, Military Veterans Advocacy, had also been lobbying Congress for years to change the law to specifically include Blue Water Navy vets. Wells said he personally knows several Navy vets who have died of conditions linked to Agent Orange exposure, which the VA failed to recognize.

"Delay, deny – until you die," Wells told NPR the day before the decision came down, repeating a bitter joke many Vietnam veterans tell about their treatment by the VA.

Last year the House unanimously passed legislation to address the problem. But a Senate bill was held up by Republicans Mike Enzi of Wyoming and Mike Lee of Utah, and it died when Congress adjourned.

Former VA Secretary David Shulkin had supported the bill, but President Trump's appointment to replace him, Robert Wilkie, surprised veterans groups by coming out against the measure, citing inconclusive science and a potential cost of billions of dollars.

"While the VA and Senate stalled, innumerable veterans were denied palliative and potentially lifesaving benefits," said John Wells in a statement after the decision.

"We are thrilled by today's ruling from the Court of Appeals," Wells said. "The many people who fought this battle alongside us and the veterans whose lives have been forever changed by the VA's policy are all due thanks and credit."