Accessibility links
U.S. Opens Trade Talks With China President Trump has threatened to increase and expand on about $250 billion in tariffs, but he agreed to hold off until early March, while negotiators try to hammer out a deal. 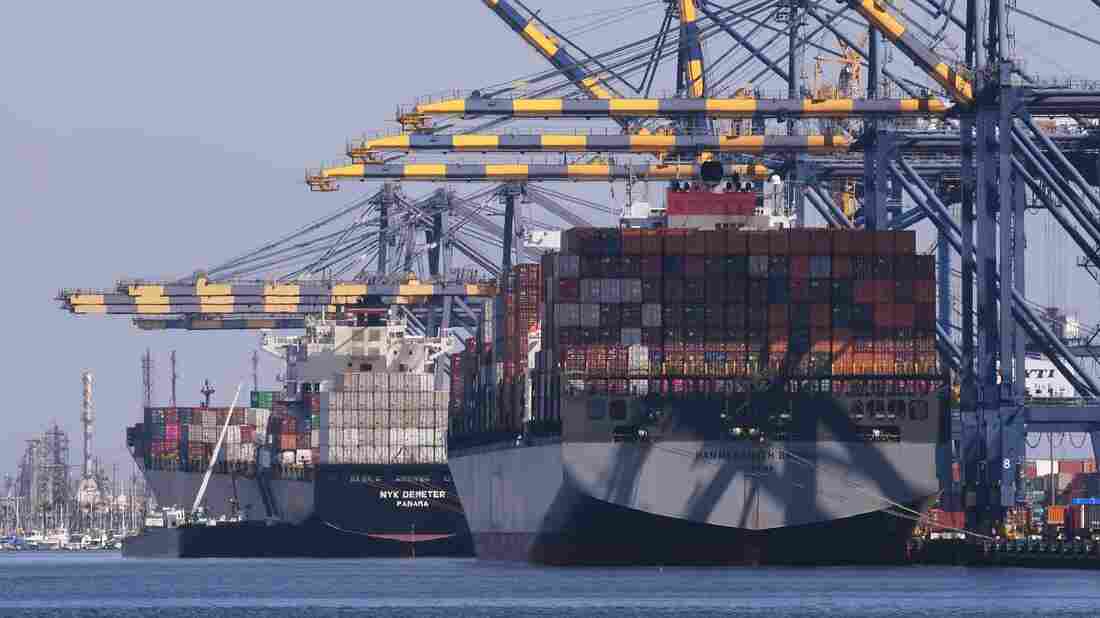 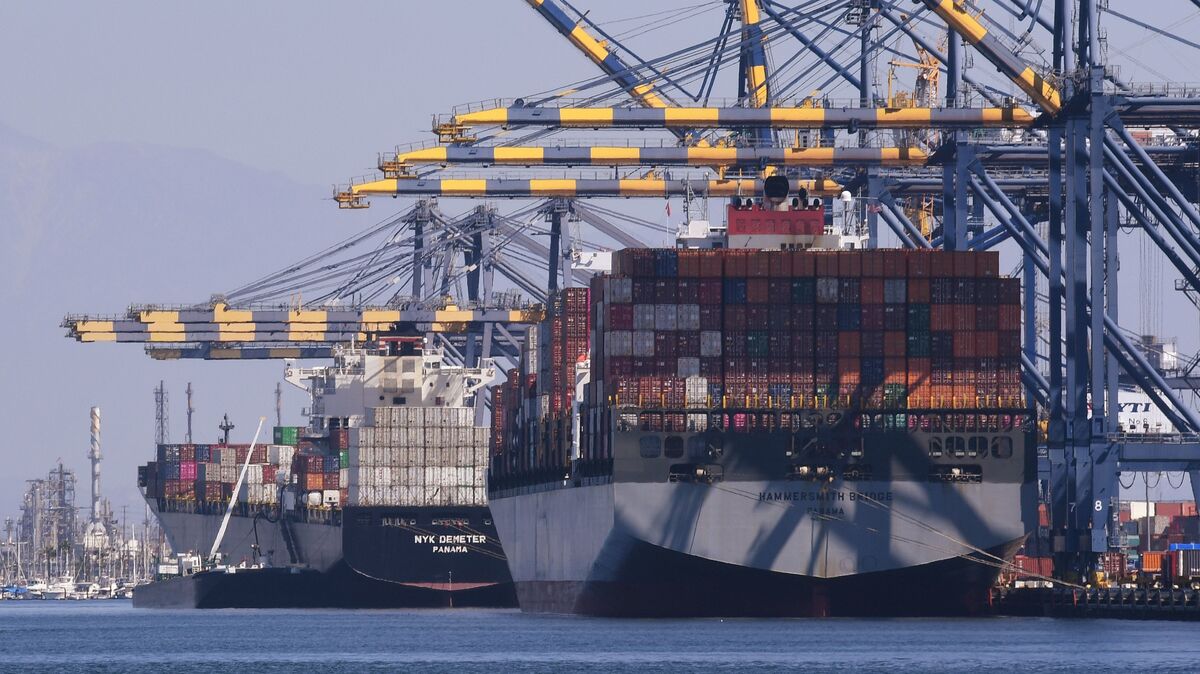 The ship Hammersmith Bridge, foreground, which has just arrived from Shanghai in China, unloads Chinese shipping containers at the Port of Long Beach, in Los Angeles County, on September 29, 2018.

The Trump administration opened high-stakes trade talks with China on Wednesday. The two sides have just over a month to reach an agreement, or risk an escalation in their costly trade battle.

The administration has already imposed tariffs on some $250 billion in Chinese imports. President Trump has threatened to increase and expand those tariffs, but he agreed to hold off until early March, while negotiators try to hammer out a deal.

Talks began on the White House campus Wednesday morning with U.S. Trade Representative Robert Lighthizer sitting across the table from Chinese Vice Premier Liu He. Liu is expected to meet with Trump on Thursday.

The president has often complained about the U.S. trade deficit with China — $335 billion in 2017 and on pace to surpass that for 2018. China has signaled a willingness to buy more American products, such as soybeans and natural gas. But American negotiators are looking for more structural changes in the trade relationship, including an end to China's intellectual property theft and the forced transfer of U.S. technology.

On Monday, the Justice Department unsealed an indictment against Chinese telecom giant Huawei, accusing the company of trying to steal trade secrets from the T-Mobile company.

While the administration says its prosecution of Huawei is not related to the trade talks, the case illustrates what authorities have described as a long-standing problem in China.

"We cannot tolerate a nation that steals the fruits of our brainpower," Assistant Attorney General John Demers told a Senate hearing in December. "The playbook is simple: rob, replicate and replace. Rob the American company of its intellectual property, replicate that technology and replace the American company in the Chinese market and, one day, in the global market."

Trade experts say China has begun to crack down on intellectual property theft as well as the forced transfer of technology.

"Will that be enough?" asked Mary Lovely, an economist at Syracuse University and former co-editor of the China Economic Review. "I don't know. But the Chinese have certainly signaled that they're willing to make structural reforms."

Commerce Secretary Wilbur Ross tried to temper expectations for any quick breakthrough in the talks, telling CNBC last week that the two sides are "miles and miles from getting a resolution."

"The scope of these talks will be the broadest and deepest in U.S.-China history," Kudlow told reporters. "We've never had anything this comprehensive. And I regard that as a big plus."

Lovely said the presence of China's vice premier at the bargaining table, and the anticipated meeting between Liu and Trump, are encouraging.

"Those certainly are signs that the parties believe that some type of deal could be done," she said, adding that an escalation in tariffs would be in no one's interest.

"A lot of the tariff revenue is coming out of American consumers' pockets," she said. "The tariff battle, I think, has been fairly mindless."