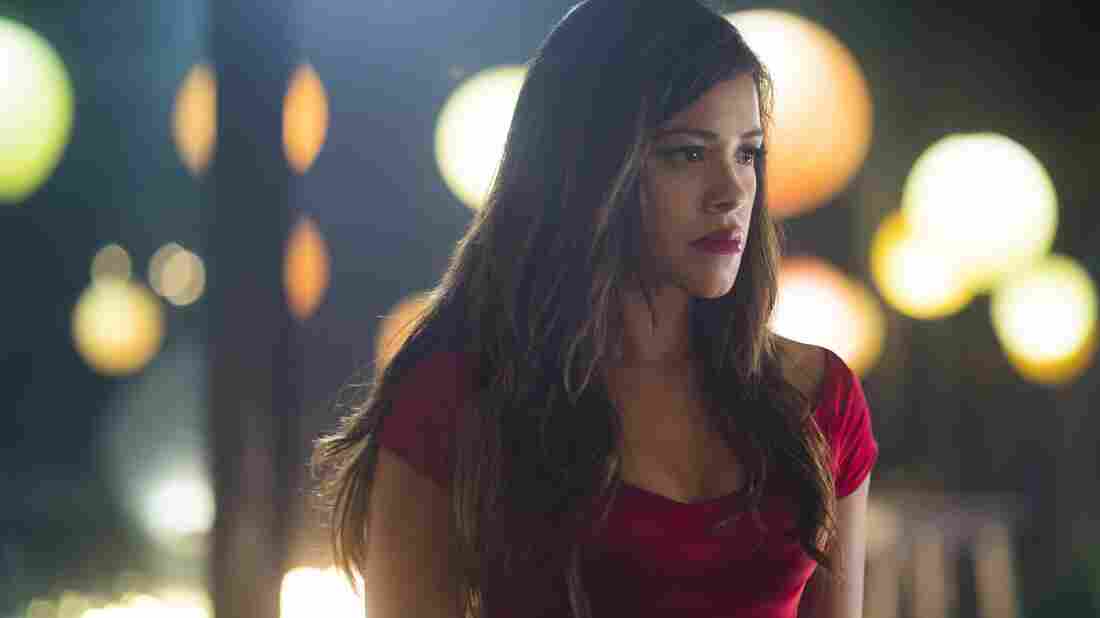 Gina Rodriguez is Gloria, a young woman drawn against her will into crime and violence by a skeezy drug kingpin, in Miss Bala. Columbia hide caption 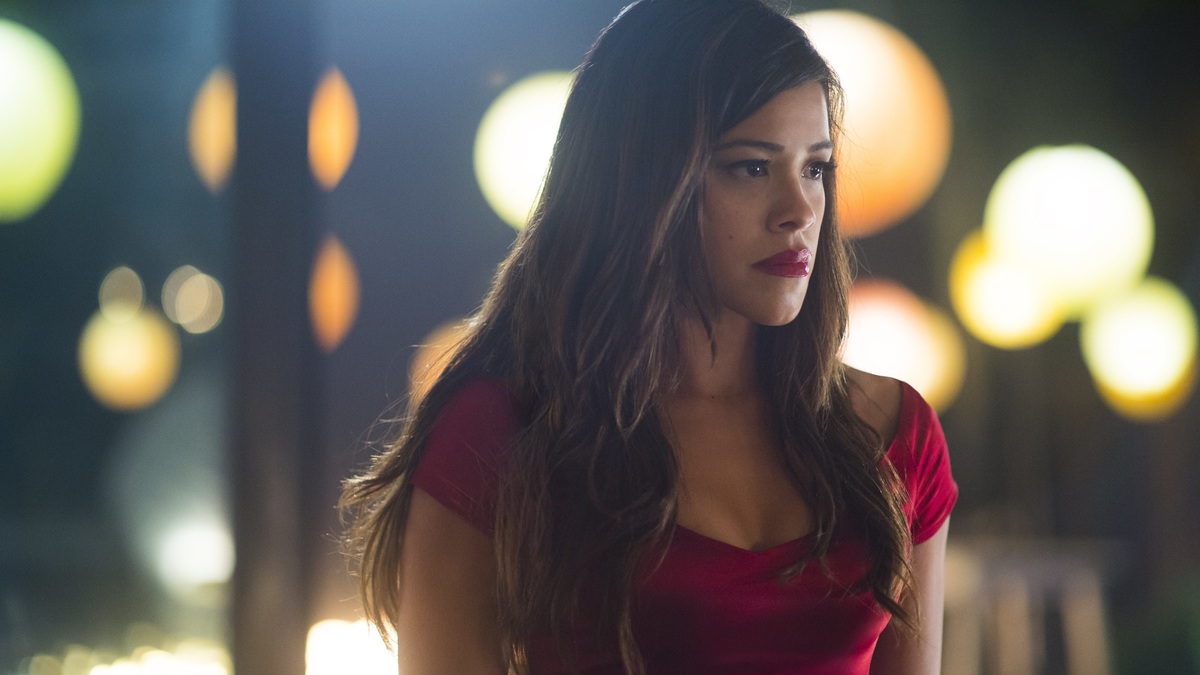 Gina Rodriguez is Gloria, a young woman drawn against her will into crime and violence by a skeezy drug kingpin, in Miss Bala.

Liam Neeson is 66 years old, but someday he will be dead, and reluctant-hero midwinter action flicks will need a new standard-bearer. Miss Bala — director Catherine Hardwicke's efficient PG-13 remake of an R-rated Mexican thriller from 2011, also called Miss Bala — pleads the case that Gina Rodriguez, whom we saw handle a rifle in Annihilation just last year, has all the qualifications for the job if she wants it.

Given that the trailer features a shot of her wearing a tight red evening dress and a resolute expression as she strides through flaming carnage while armed, the temptation to call this thing G.I. Jane the Virgin is strong. But like last year's criminally underseen Widows — a more richly layered and thoughtful film than this one, to be sure — Miss Bala invites us to take vicarious pleasure not in violence for its own sake, but in seeing women (one woman, this time) who've been pushed around by bad men find the strength to make it stop.

Rodriguez plays Gloria, a Los Angelino visiting Tijuana to see her lifelong friend Suzu compete in the Miss Baja California Pageant. Unlucky bystanders in a nightclub shootout, the pair are separated in the terror and confusion; as soon as Gloria decides to walk up to a cop and declare herself an eyewitness, she's abducted and brought to the gangster responsible.

This purring, doe-eyed kingpin (Ismael Cruz Córdova) promises to help Gloria locate her bestie if she dances to his evil tune — and kill both women if she doesn't. It's one of those offers you can't refuse! Before you can say Sicario — a more absorbing and unpredictable lady-headlined border-hopscotching crime picture than this one, to be sure — Gloria has become a non-consenting smuggler, gun runner, and saboteur. And that's before she's even met the real bastards: the ones with DEA badges.

A Heist, And A Whole Lot More, As Viola Davis Delivers In 'Widows'

Resourceful and athletic without ever becoming superhuman, Rodriguez is easy to root for. The movie relies on her innate charisma as a performer to cover up that it's an underwritten part. We don't get those flashes of pure character work that made Sandra Oh so compelling in the TV series Killing Eve — a more original international conspiracy mystery than this one, to be sure.

Anyway, Hardwicke gives Rodriguez a worthy foil in Córdova as Lino, the captor and blackmailer who keeps trying to gaslight Gloria into thinking she's his guest. Córdova is a Sesame Street cast member, among his other credits, and with those dewy baby blues of his he could Terrence Howard's son.

Lino is a predator, plopping down on a bed beside Gloria and softly commanding her — while holding a handgun idly, it it's possible to hold a deadly weapon idly — to remove his boots, then to undress herself. In more public environments, he reminds Gloria of her servitude by tracing a lecherous finger along her collarbone. Making her an unwitting assassin and threatening her with and her best friend with murder is one thing — well, those are two or three things, technically — but that collarbone business is skeevy.

And yet! There's a palpable spark between Rodriguez and Córdova that gives their scenes together an emotional complexity present nowhere else in the film. The chemistry between these two actors is strong enough that the decision to make Lino so unambiguously a bad dude is a serious error. It prevents the relationship developing between him and Gloria from ever becoming as intriguingly murky as, say, the one between Jennifer Lawrence and Joel Edgerton's characters in Red Sparrow — a more disorienting who's-playing-whodunit than this one, to be sure.

Hardwicke shot most of Miss Bala on location in Tijuana, and she does a good job of soaking up the flavor of the city. She's better at conjuring suspense then she is at capturing the obligatory gun battles; there are three of them, and only one, staged in a vacant stadium, sustains our interest by forcing the characters to make story-altering choices while stuff is blowing up. Elsewhere, Hardwicke finds smart variations on familiar scenes: We've all seen movies and TV shows where someone has thick bands of cash wrapped around their torso with tape, but this was the first to make me think for a moment about how uncomfortable that must be, especially sitting in traffic, roasting on the asphalt, nerves jangling while you await your 15-second interview with a customs agent who could lock you up for years.

Anthony Mackie has never needed much real estate to make a big impression, but his presence in the movie in three scenes totaling less than five minutes' screen time is a mystery. Maybe Falcon-of-The-Avengers just wanted to led his support to a woman-starring thriller directed by the woman who had a massive hit in Twilight a decade ago, only to see all four of its more generously budgeted follow-ups assigned to male filmmakers. Miss Bala's press materials proclaim it had "a cast and crew that was 95 percent Latinx," and that the film "will have particular appeal to the underserved Latinx audience – the industry's most loyal and fastest-growing demographic."

The movie Hardwicke and Rodriguez have delivered is a bigger step forward for representation than it is for genre filmmaking; more Jackie Robinson than Jackie Brown — a funnier and more closely observed caper film about a woman of color trapped between the crooks and the cops, to be sure. But Rodriguez and Córdova are compelling enough to command our attention.