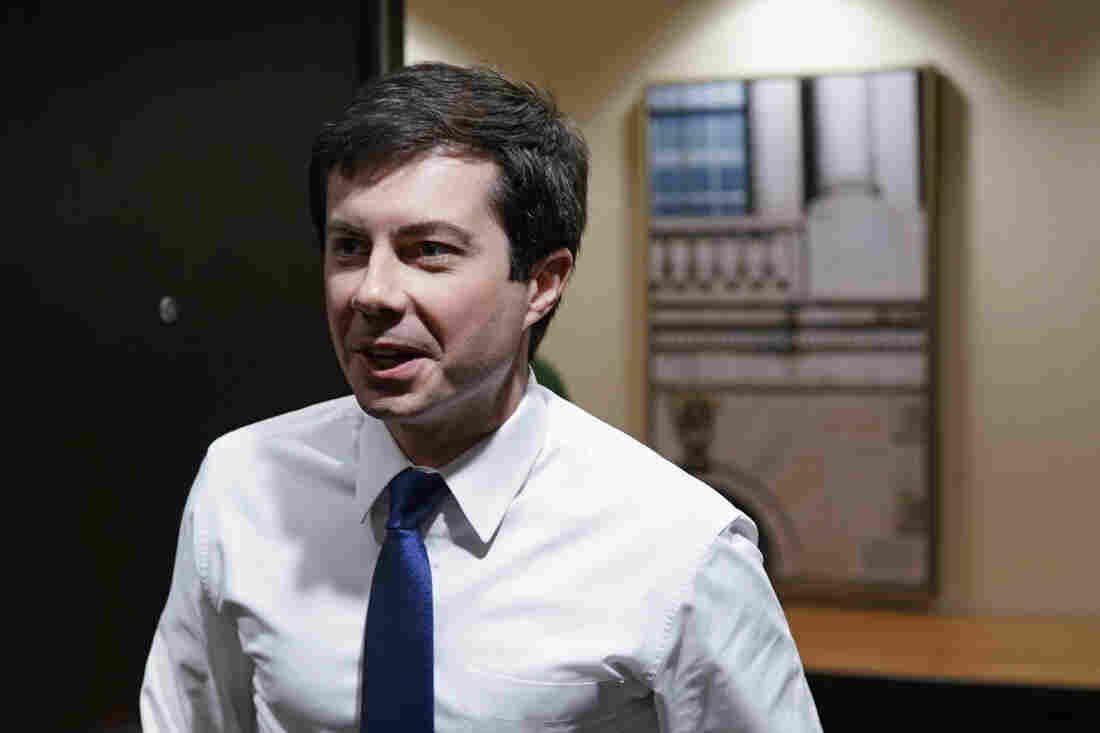 Pete Buttigieg, the mayor of South Bend, Ind., announced on Jan. 23 that he is forming an exploratory committee to run for the Democratic presidential nomination. Alex Wong/Getty Images hide caption 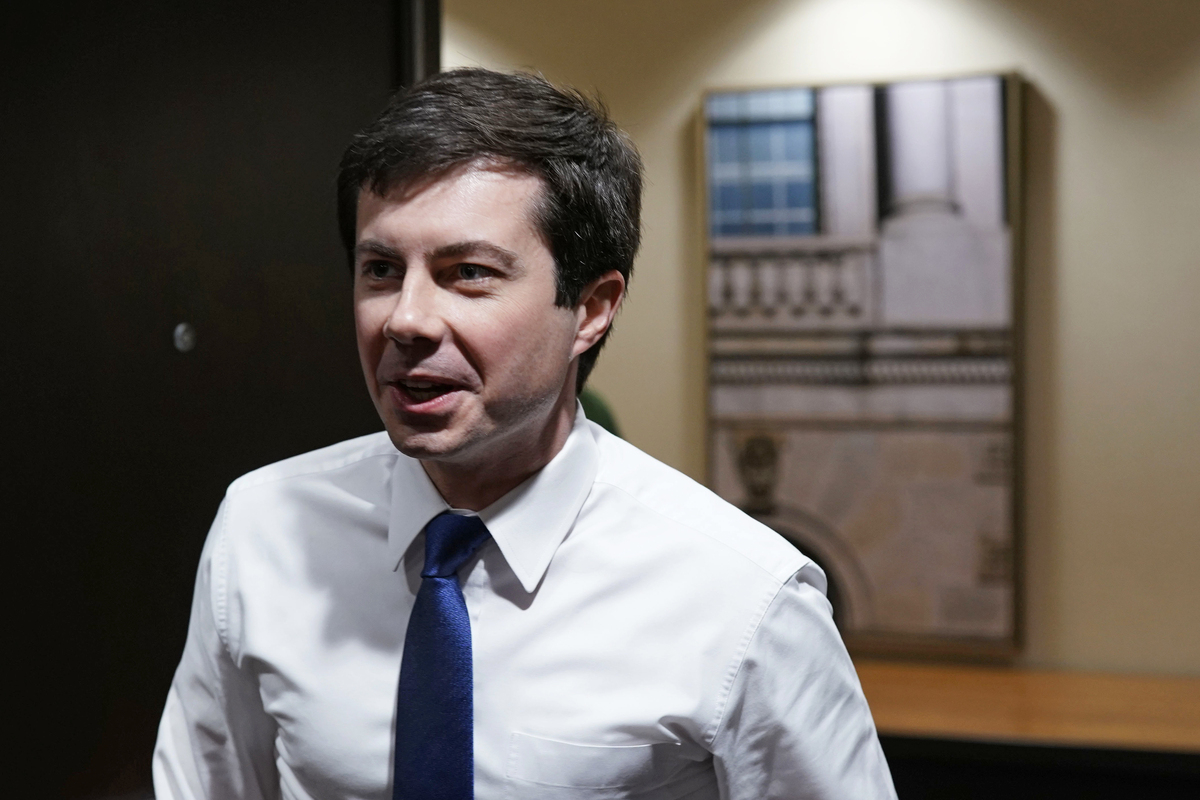 Pete Buttigieg, the mayor of South Bend, Ind., announced on Jan. 23 that he is forming an exploratory committee to run for the Democratic presidential nomination.

Pete Buttigieg, the 37-year-old Democratic mayor of South Bend, Ind., announced last week that he intends to run for president.

An openly gay man and a veteran of the war in Afghanistan, Buttigieg has been identified by top Democrats — including former President Barack Obama – as a potential future leader for the party.

He first rose to national prominence in 2017 through an unsuccessful bid to serve as chairman of the Democratic National Committee. A millennial from a red state, Buttigieg positioned himself as a third path for Democrats in a leadership race defined by the split between the party's establishment and progressive wings, but he dropped out shortly before the ballots were cast. 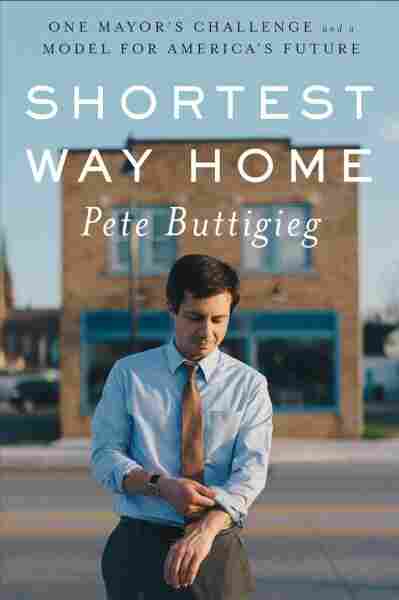 One Mayor's Challenge and a Model for America's Future

In a conversation with NPR about his memoir Shortest Way Home, Buttigieg says that the 2020 election should be focused on what he calls "inter-generational justice." He says he worries about what the United States will be like in 2054 — the year he would turn 72, the current age of President Trump.

"We have got to change the trajectory that we're on so that mine is not the first generation to be worse off economically than my parents' was," Buttigieg tells NPR's Steve Inskeep. "If there's one center of gravity to all of it, I think it's this question of the future."

On how his time as mayor of South Bend, Ind., prepared him for the presidency

We transformed the trajectory of our city. This is a community that was written off as dying at the beginning of this decade. Now it's growing again. We had a massive problem with vacant and abandoned properties, an economy that felt like it was stagnating. And we were able not only to deal with some of our local problems, but also to work on closing the gap to the numbers for other parts of the country.

I think any executive role — especially the presidency — there are three parts to it. It's competently running an administration, it's implementing good policies, and above all, it's calling people to their highest values in tough times and bringing them together. I think a good mayor does that. I think we've been able to do that in South Bend. I think that's missing in the White House right now, and that's got to change.

On his approach to creating jobs

We tried to make sure that we were diversifying our economy. We recognized that the auto industry that built our city was not going to come back in its old form, and so we had to conquer the nostalgia and the temptation to do what sometimes is called "smokestack chasing" — a giant, lucrative economic incentive in order to land the big facility or factory that's supposed to be the salvation of our problems.

Don't get me wrong, we're still doing manufacturing ... but we recognize that it's increasingly automated and there's got to be more to the story. That's why we're growing an industry in data centers and industries that didn't even exist when our town was making Studebakers back in the '60s.

On his sense of ambition

Any time you run for any office you reveal yourself to be ambitious. Every time I've decided to run and every time I've decided not to run – which has happened after some recruitment efforts for Congress and a question over whether to run for governor — it's always motivated by this basic set of questions.

Question No. 1: What ... does the office call for? And question No. 2: What do I bring to the table? I never would have guessed growing up — or frankly as recently as two years ago — that I would possibly be talking about national office.

And I'm also conscious — as someone from a new generation, somebody living in a part of the country that has been neglected but in many ways holds the key to, I believe, our social and political life — that I have something to offer that is different. And the only way to find out whether enough people agree will be to step out onto the national stage.

On his chances of becoming president

I understand this is very much an underdog project. But I also don't think that you should ever run for any office that you do not seek to win.

The way I view it, there are so many people in that it's going to be a wide open field, at least through the first quarter. And then, going into the second quarter, there'll be more and more of a contest — not just over initial media splash, but really ideas. What kinds of ideas are you going to bring to the table and what makes you different than the others?

So I think by the time the debates begin happening in the middle of the summer, people will have to stand on their own two feet. And I think the challenge for somebody like me is to make sure that there is enough oxygen out there for people to understand what we're about. And then it will be up to me, through substance, to put enough meat on the bones to outlast the flavor of the month period that's coming up.

Kevin Tidmarsh produced the broadcast version of this story.