Accessibility links
Homeland Security Created A Fake University In Michigan As Part Of Immigration Sting Eight alleged recruiters who were paid thousands of dollars for connecting students to the bogus university — which had an actual office space in Farmington Hills, Mich. — have been indicted. 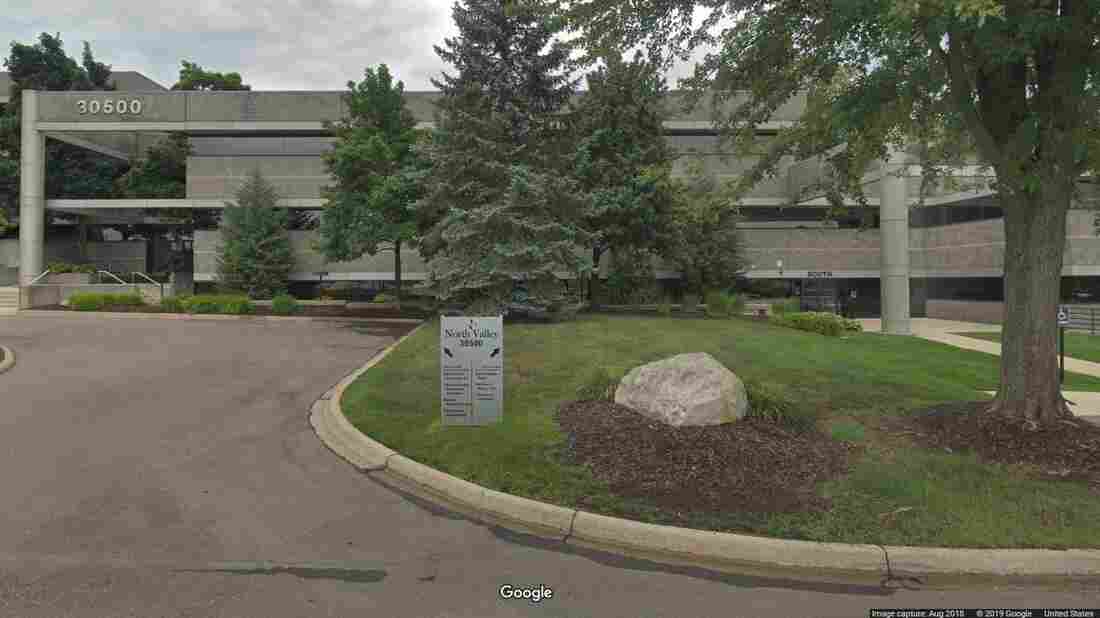 The "University of Farmington" occupied office space in this building in Farmington Hills, Mich. In court documents, eight men are accused of recruiting hundreds of "students" to the bogus school. Google Maps/Screenshot by NPR hide caption 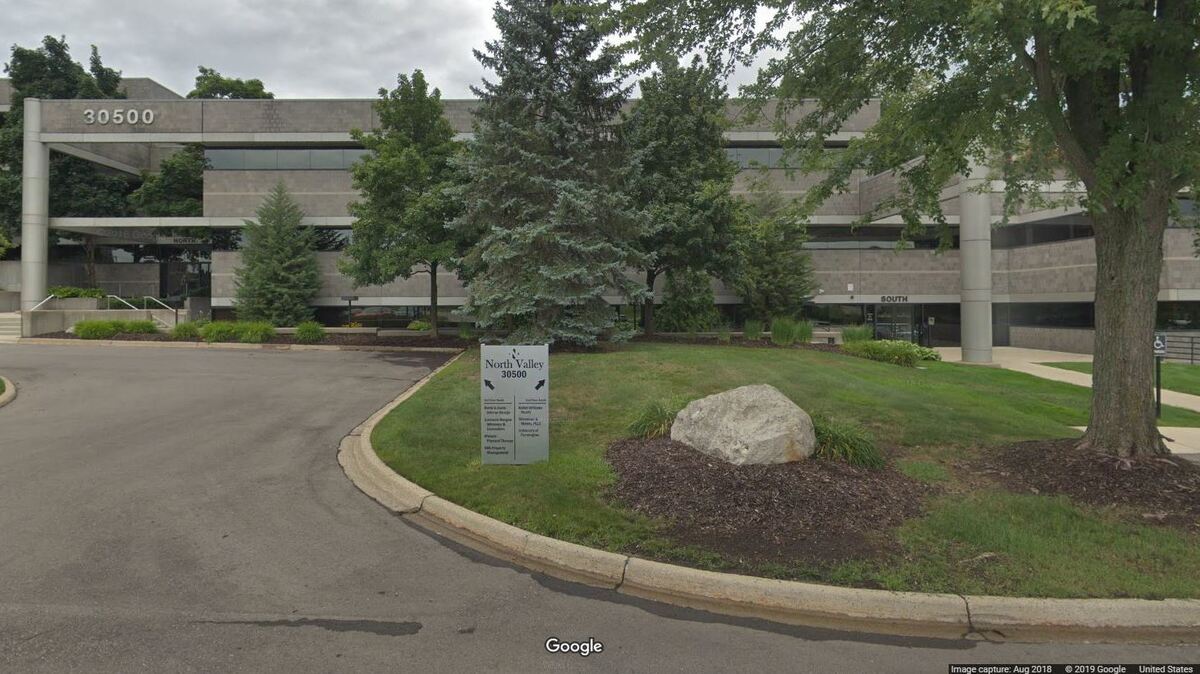 The "University of Farmington" occupied office space in this building in Farmington Hills, Mich. In court documents, eight men are accused of recruiting hundreds of "students" to the bogus school.

Homeland Security agents created a fake university in Michigan to attract foreign nationals who wanted to use student status to extend U.S. visa privileges, according to a federal indictment unsealed Wednesday. The University of Farmington didn't have any professors or hold any classes — but that didn't matter to "students" who used the sham school to stay in the U.S. illegally, the government says.

Officials say the university attracted recruiters who were paid thousands of dollars for connecting students to the bogus school, which had an actual office space in Farmington Hills, Mich. Eight alleged recruiters are now under arrest, and dozens, if not hundreds, of people who enrolled could face charges and/or deportation as part of an undercover operation that began in 2015.

Posing as the university's owners and staff, agents from Homeland Security Investigations worked with the recruiters to gather false student records, including transcripts, to deceive immigration authorities, according to the indictment. HSI operates within U.S. Immigration and Customs Enforcement.

"Six of them were arrested in metro Detroit, one in Florida and another in Virginia," according to the Detroit Free Press.

A grand jury indicted the alleged recruiters on Jan. 15, but those records remained sealed until Wednesday.

From early 2017 to January 2019, the men "assisted at least 600 other foreign citizens to illegally remain, re-enter and work in the United States, and actively recruited them to enroll" at Farmington in a "pay to stay" scheme, the indictment states.

Many of the alleged recruiters visited the university's office to collect payments for their efforts, according to the indictment, which says they were paid sums ranging from $5,000 to $20,000 on each trip.

"Because of their recruiting success, this alliance collectively profited in excess of quarter of a million dollars," the indictment states.

Officials say the foreign nationals entered the U.S. through an F-1 student visa and later used the phony school to "fraudulently maintain their student visa status and to obtain work authorization" under a program called CPT, or Curricular Practical Training.

Immigration attorney Rahul Reddy, who works out of Houston, says on his website that his office received reports that ICE on Wednesday raided businesses where Farmington's students are believed to have been working under the extended student visas. Some of the raids took place in St. Louis, Houston and Tampa, Fla., Reddy said.

ICE has not confirmed to NPR the reports of raids.

The University of Farmington advertised itself on its website as being endorsed by the Accrediting Commission of Career Schools and Colleges and said it was "approved by the U.S. Department of Homeland Security Student and Exchange Visitor Program (SEVP) to enroll international students."

But U.S. officials said in the indictment that any students who were affiliated with the school knew they were taking part in a scam and that the Farmington arrangement should not be openly discussed.

The years-long operation has raised questions of whether federal agents entrapped the students — an idea that former prosecutor Peter Henning, a law professor at Wayne State University, dismisses.

"It's creative and it's not entrapment," Henning tells The Detroit News. "The government can put out the bait, but it's up to the defendants to fall for it."

Homeland Security's hoax was multifaceted. The school's website was registered in 2016 by the fake university and named a Dr. Ned Roberts as its administrative contact. Its office sat along a leafy parkway in Farmington Hills — a sign in the parking lot said the University of Farmington was on the second floor, next to a realty company's office.

On its contact page, the ersatz university told potential applicants, "We'd love to hear from you."

The Michigan operation has echoes of a similar sting that resulted in dozens of arrests in 2016. In that case, HSI agents created the University of Northern New Jersey (UNNJ) out of whole cloth — and used it to indict 21 "brokers, recruiters, and employers" from across the U.S., the Justice Department said. That sting operation began in 2013.

The bogus Farmington college is not to be confused with the University of Maine at Farmington, which bills itself as the first public university in Maine.